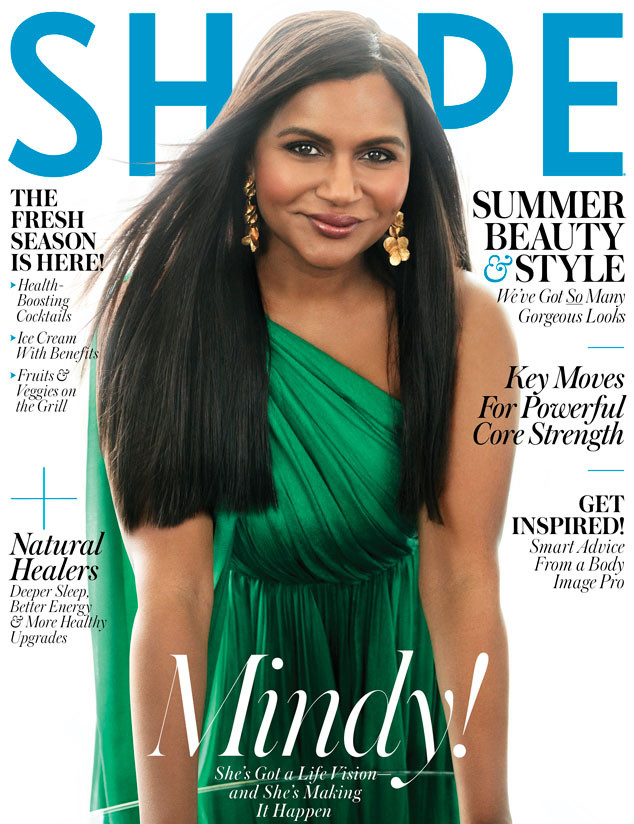 Mindy Kaling is opening up about life as a new mom to her "happy baby" Katherine Kaling.

The Ocean's 8 star covers the June edition of Shape magazine, on newsstands May 22, and talks about bonding with her daughter. Kaling became a mother back in December when she gave birth to her first child, Katherine, who she calls "Kit."

"She is a really happy baby. When she was born, she was kind of skinny and anxious. I think she was like, Can this woman take care of me? But during our many breastfeeding sessions, we've gotten to know each other, and she's learned to trust me over time," Kaling shares. "What's great for me is that my doctor told me that incessant chatter is good for a baby, and I've lived my whole life waiting to have a captive audience." 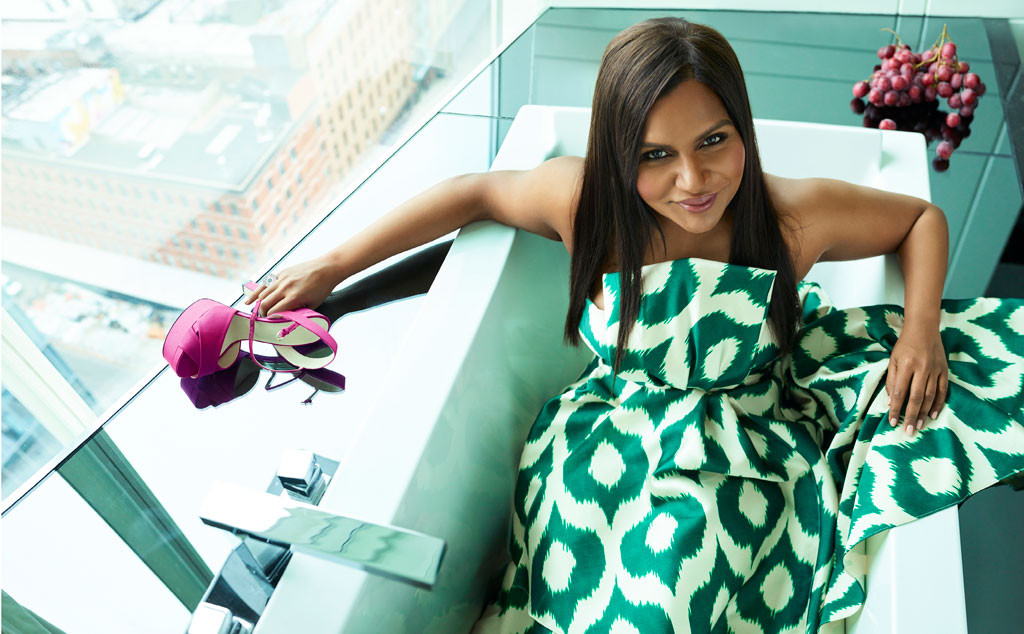 "So I spend the days narrating to her," she continues. "I'm constantly doing voiceover for her, as I did in The Mindy Project. Honestly, I feel like her first words are going to be, 'Just stop. Please!'"

Kaling moved into a new house around the time that she gave birth to Kit, so they've been breaking in the new place together as a mother-daughter duo.

"I didn't realize how tethered to my house I would be as a new mom," she tells Shape. "I'd thought I could bring the baby with me everywhere. I also couldn't quite believe that every three hours I needed to be home to feed her."

She continues, "I'd go on these little jaunts out of the house, and they'd feel like secret, illicit excursions. It was exciting, and it made my life seem kind of dramatic. What also helped was that I'd just moved into my home, and it was fun to break it in. I'd think, I should feed my daughter in our fancy new living room. And there I'd sit with her, and it was like, Oh, this is really nice." 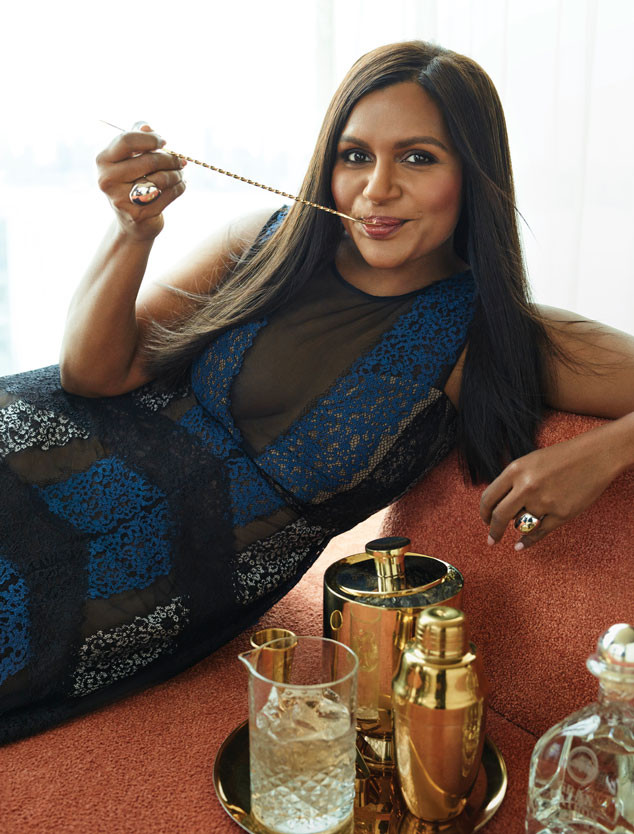 Kaling also opens about her pregnancy journey and shares what workouts she did up until giving birth.

"Because I like to eat, and I'm not skinny to start with, I knew that if I gained a lot of weight during my pregnancy, things could just fly off the rails in a really bad way," Kaling says. "That was something I definitely needed to watch out for. My doctor said that women who gain just 25 to 30 pounds usually have less trouble losing it after the baby is born. So I kept my weight gain to about 27 pounds. I also worked out whenever I could while I was pregnant. I did a lot of yoga and a lot of walking, and I jogged until I couldn't jog anymore. I exer­cised until the morning I gave birth." 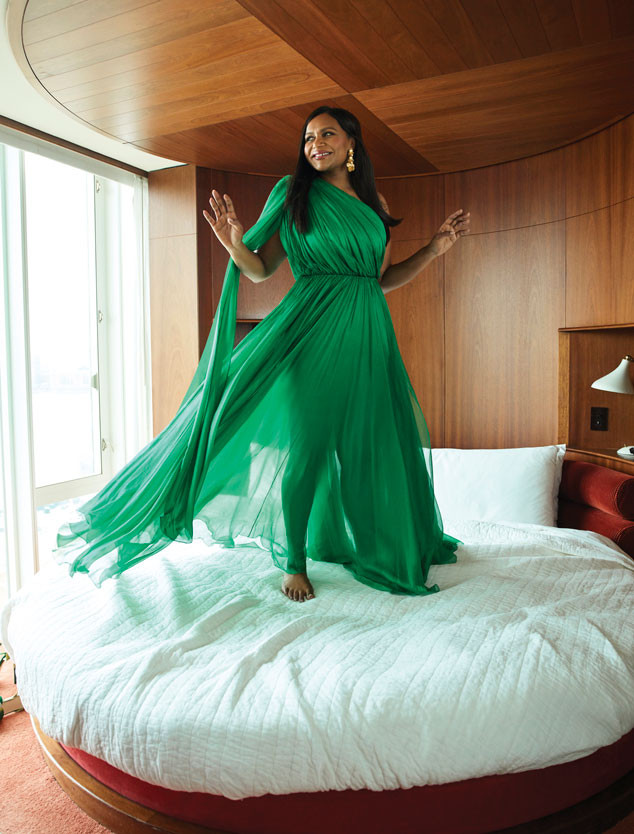 She also shares that about a week after giving birth to Kit, she started walking "a couple of miles a day."

"I don't recommend that for everyone, obviously, but I didn't have that difficult of a delivery," Kaling says. "All those things were really helpful when it came to losing the weight."

When she's not filming a movie, like the upcoming Ocean's 8 spinoff, or a TV show, like her current NBC comedy Champions, Kaling shares that she likes to work out four to five times a week.

"I like to mix up my workouts: I'll do a SoulCycle class, a strength train­ing class with my trainer, and yoga once a week," she tells Shape. "For someone with my personality, which is somewhat skeptical and cynical, it's really good for me to do yoga and take it at face value. Because I'm Indian, I feel like I should be good at yoga, but I'm terrible at it. It's my way of trying to get back to my roots." 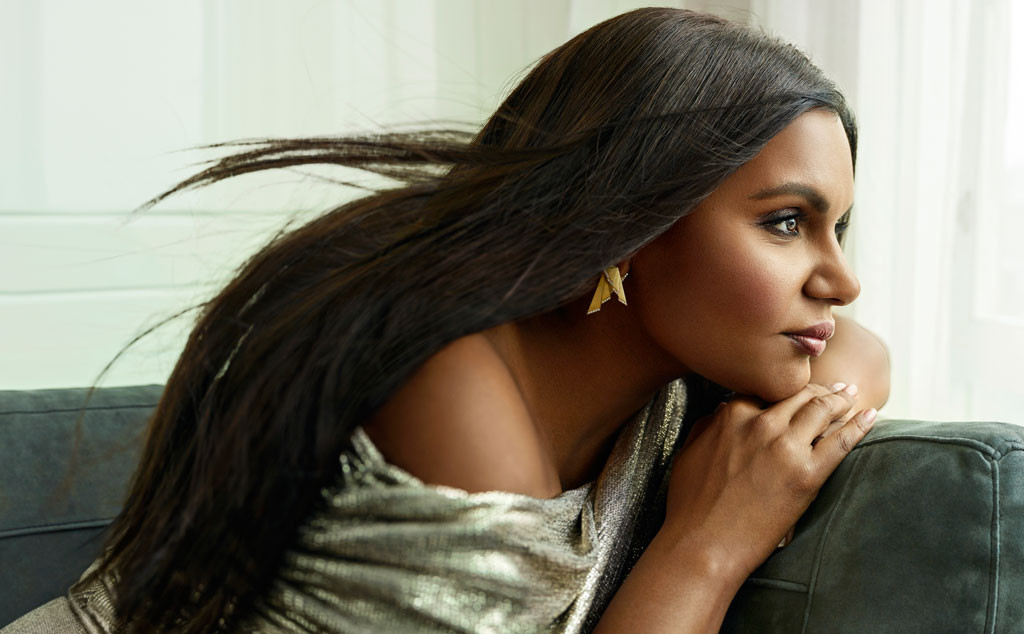 Before giving birth, Kaling worked alongside and learned from many Hollywood moms, like Sandra Bullock and Cate Blanchett on Ocean's 8.

"I feel as if I've acted only with women in the past two years, which is amazing. Between A Wrinkle in Time and Ocean's 8, I think I've worked with every famous actress in Hollywood," she shares. "It's funny, because when Ocean's Eleven was filming, you'd read about how it was such a convivial atmosphere on set and that George Clooney would play pranks on everybody. It made me realize that when men go away to shoot a movie for two or three months, they leave their families at home. But women take their families with them."

She continues, "So I wasn't just seeing big stars like Sandra Bullock and Cate Blanchett without the rest of their lives. The rest of their lives were with them, and I got to meet spouses and chil­dren. That was wonderful. Cate and Sandy both have little kids who are so well behaved and fun, and I got to learn a lot about how they parent and ask them a ton of questions. The group of us from that movie is still tight. We text all the time."

Mindy Kaling Reveals Why She Thinks Champions Is Really Groundbreaking

Kaling also tells the magazine her hopes for her daughter's future.

"I'm excited for my daughter to see me work out and to know that it's a normal part of my life," Kaling says. "I wasn't raised that way, and I think when you don't see that kind of thing as a kid, it's really hard to pick it up. I would love for her to learn at a young age that exercise is a great habit to have. I didn't learn that until I was 24."

She adds, "I also want her to be confident. I was not that way as a child, and I want my daughter to be really con­fident all the time. I'm going to do that by always making her feel like she is good enough and not being stingy with encouraging comments. That goes against my nature a bit, because I'm a critical person—of myself, of the things I work on. But it's very important to me to make sure I instill confi­dence in my daughter."