When it comes to her drama with Kim Kardashian, Taylor Swift can't seem to "Shake It Off."

The pop star kicked off her Reputation Stadium Tour last night with a sold-out show in Glendale, Ariz. With special guests Camilla Cabello and Charli XCX, she played to a record-breaking crowd of 59,157 fans at the University of Phoenix Stadium. For two hours, Swift danced across three separate stages and played the acoustic guitar, electric guitar and piano.

Swift opened the show with "…Ready for It?" before seguing into "I Did Something Bad," "Gorgeous," "Style," "Love Story," "You Belong With Me," "Look What You Made Me Do," "End Game," "King of My Heart," "Delicate," "Shake It Off," "Dancing With Our Hands Tied," "All Too Well," "Black Space," "Dress," "Bad Blood," "Should've Said No," "Don't Blame Me," "Love Live," "New Year's Day," "Getaway Car," "Call It What You Want," "We Are Never Ever Getting Back Together" and "This Is Why We Can't Have Nice Things." Her opening acts joined her for "Shake It Off," while she dedicated "Gorgeous" to boyfriend Joe Alwyn, pointing to him in the VIP area. Tiffany Haddish made a cameo onscreen during "Look What You Made Me Do," reciting the line: "I'm sorry, the old Taylor can't come to the phone right now. Why? Oh, 'cause she's dead!"

Inside the Reinvention of Taylor Swift

At one point in the evening, Swift slowed things down and alluded to her never-ending drama with Kardashian and rapper Kanye West. "You might be wondering why there are so many snakes everywhere, huh?" Swift asked, referring to her stage décor. "A couple of years ago, someone called me a snake on social media and it caught on. Then a lot of people were calling me a lot of things on social media and I went through some really low times for a while because of it. I went through some times when I didn't know if I was going to get to do this anymore."

"I guess this means I wanted to send a message to you guys, that if someone uses name calling to bully you on social media, and even if a lot of people jump on board with it, that doesn't have to defeat you. It can strengthen you instead," the pop star said as the audience cheered her on. "And I think something that came out of it that was good is that I learned a really important lesson that I've been telling you from the stage for about 10 years, but I never had to learn it so harshly myself, and that lesson has to do with how much you value your reputation. I think the lesson is that you shouldn't care so much if you feel misunderstood by a lot of people who don't know you, as long as you feel understood by the people who do know you, the people who will show up for you, the people who see you as a human being. So thank you, thank you, thank you for taking the time to get to know me, for seeing me as a human being."

While things with Kardashian and West remain fraught, things with former frenemy Katy Perry are much better. Before Swift's first show, Perry sent her an actual olive branch. "Hey Old Friend—I've been doing some reflecting on past miscommunications and hurt feelings between us," the American Idol judge wrote in the partially obscured letter, adding that she was "deeply sorry" and hoped to "clear the air" with Swift. It appeared Swift accepted Perry's apology, considering she shared a video of it on Instagram Stories and said, "This means so much to me."

Check out all the photos from Swift's opening night: 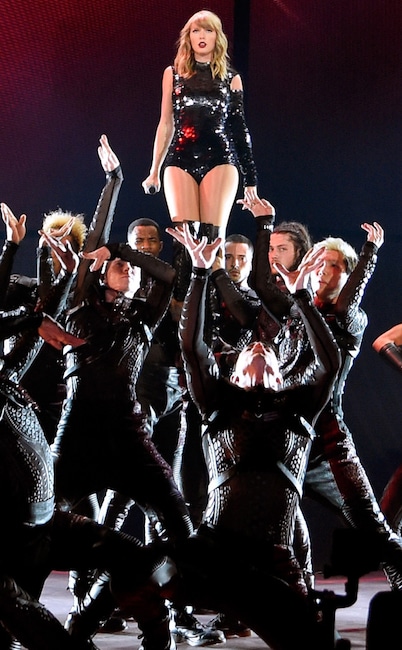 Leader of the Pack

The singer literally elevates her act. 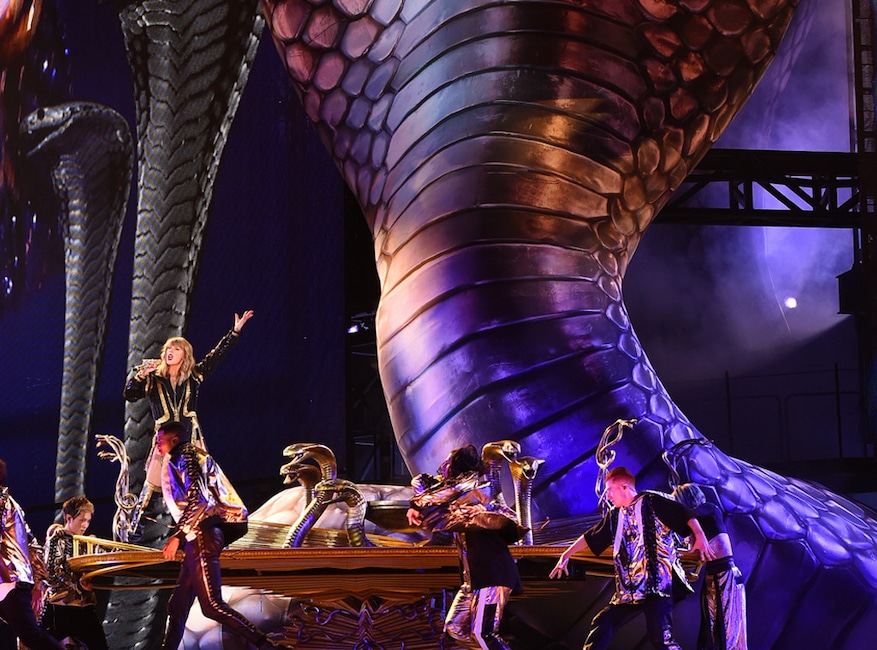 Swift slithers across the stage. 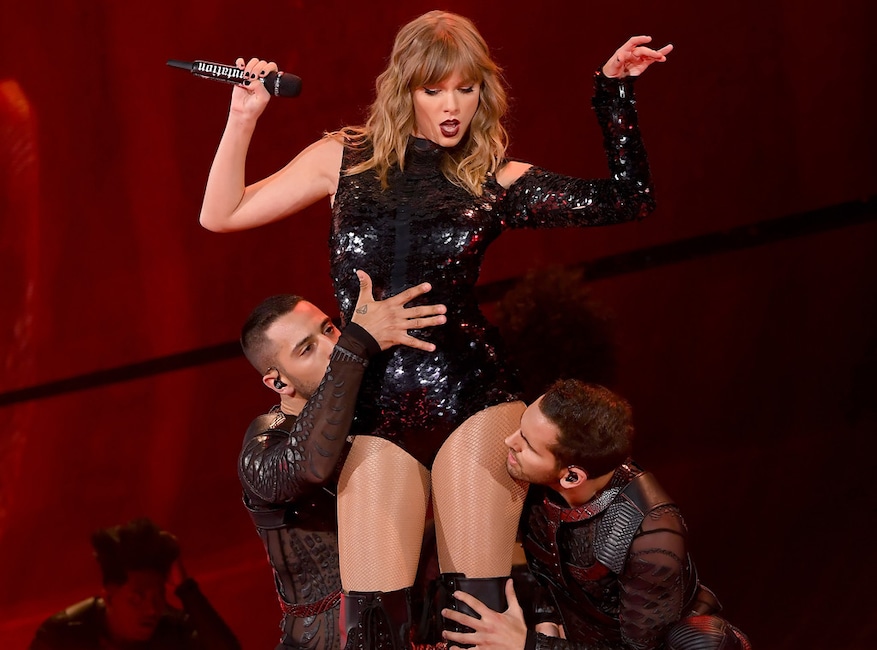 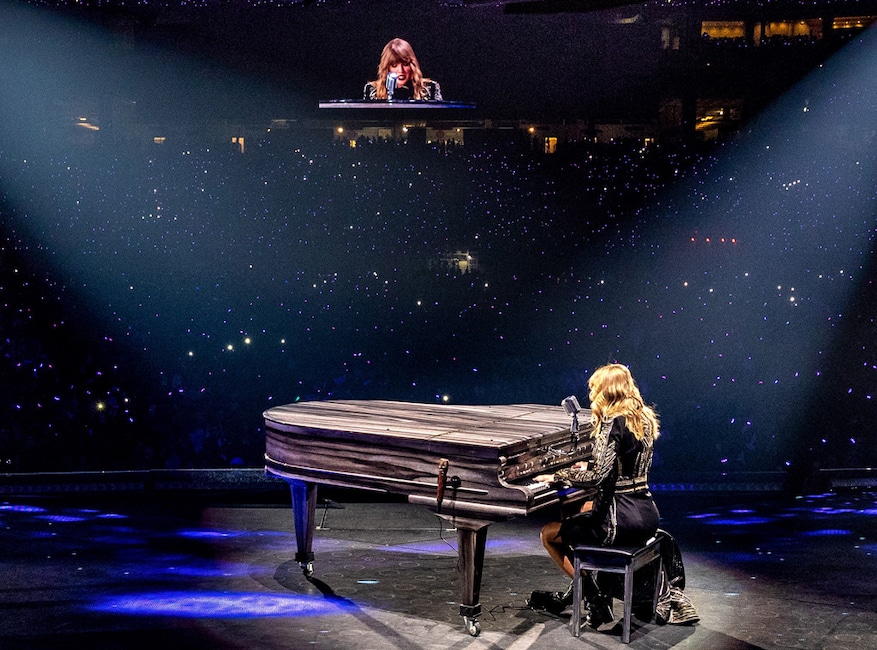 Swift plays a number of instruments throughout the show. 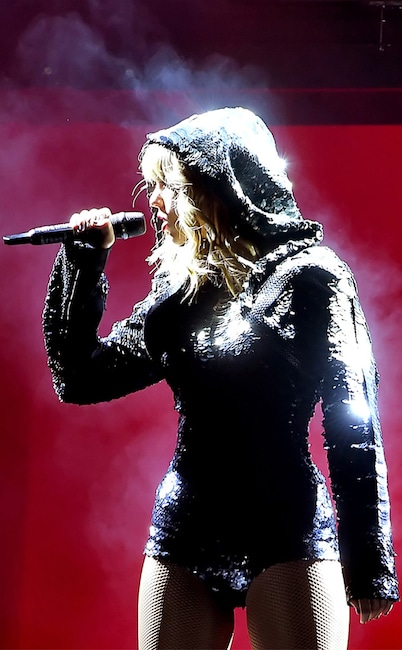 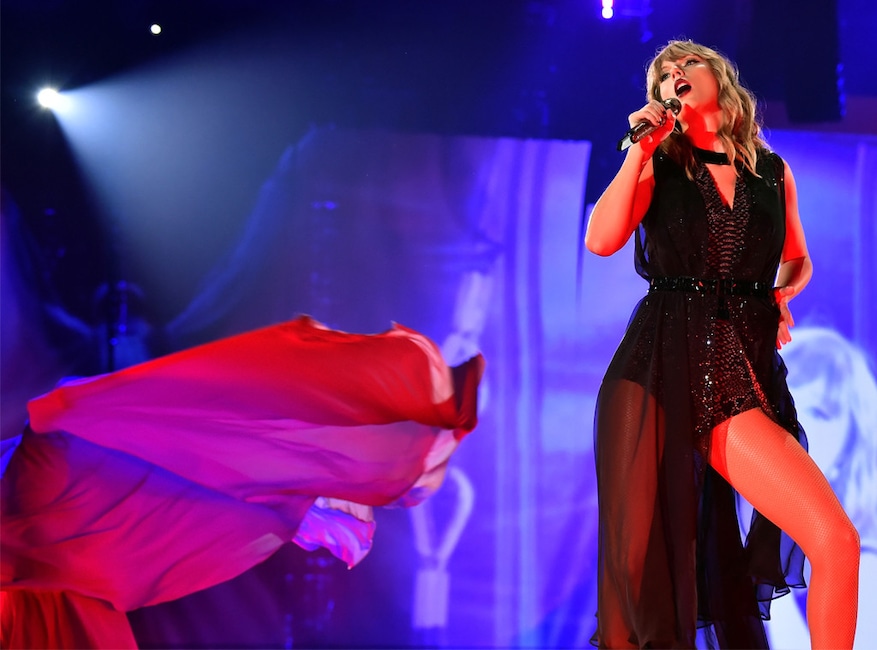 Swift performs on three different stages in the same arena. 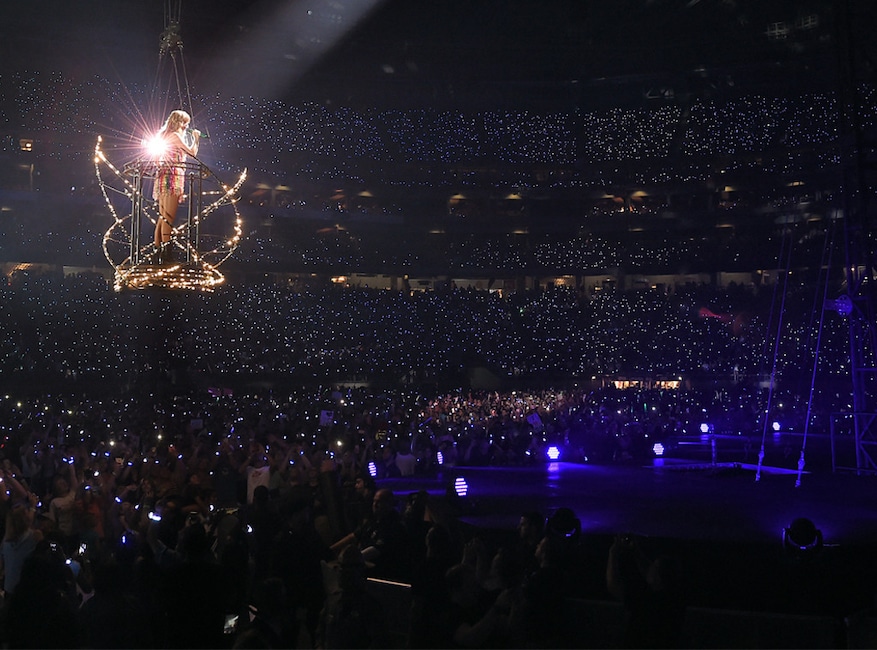 The singer soars over the audience. 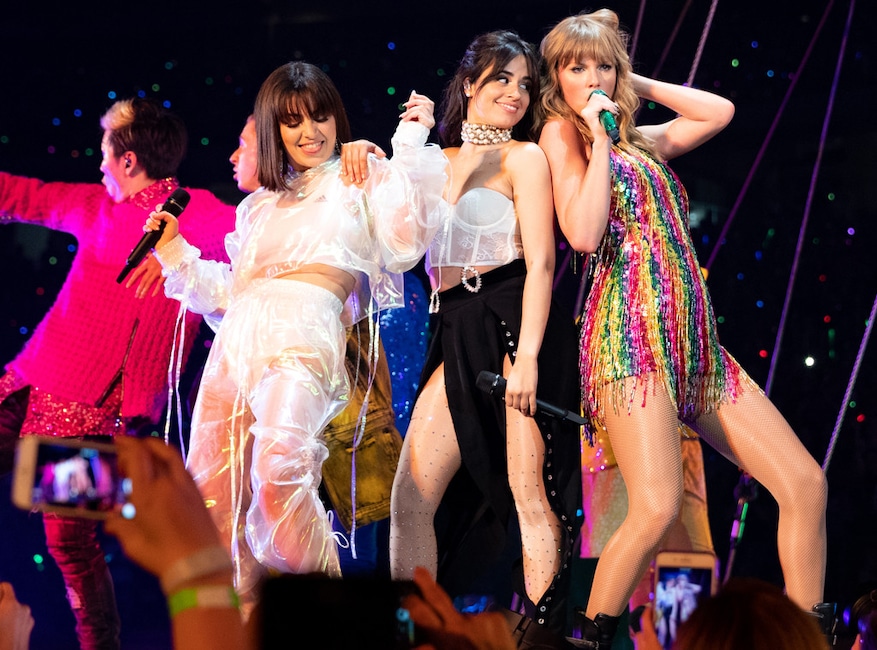 Swift shakes it off with Camila Cabello and Charli XCX. 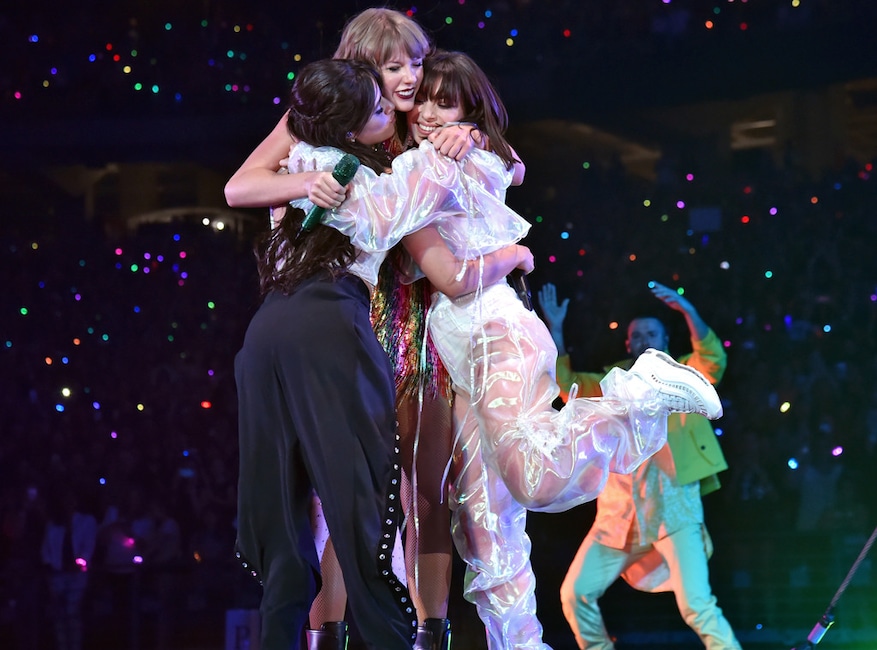 It's Gonna Be All Right