Kendra Wilkinson Takes Off Her Wedding Ring and Breaks Down on Instagram: "I Need to Love Myself Again" 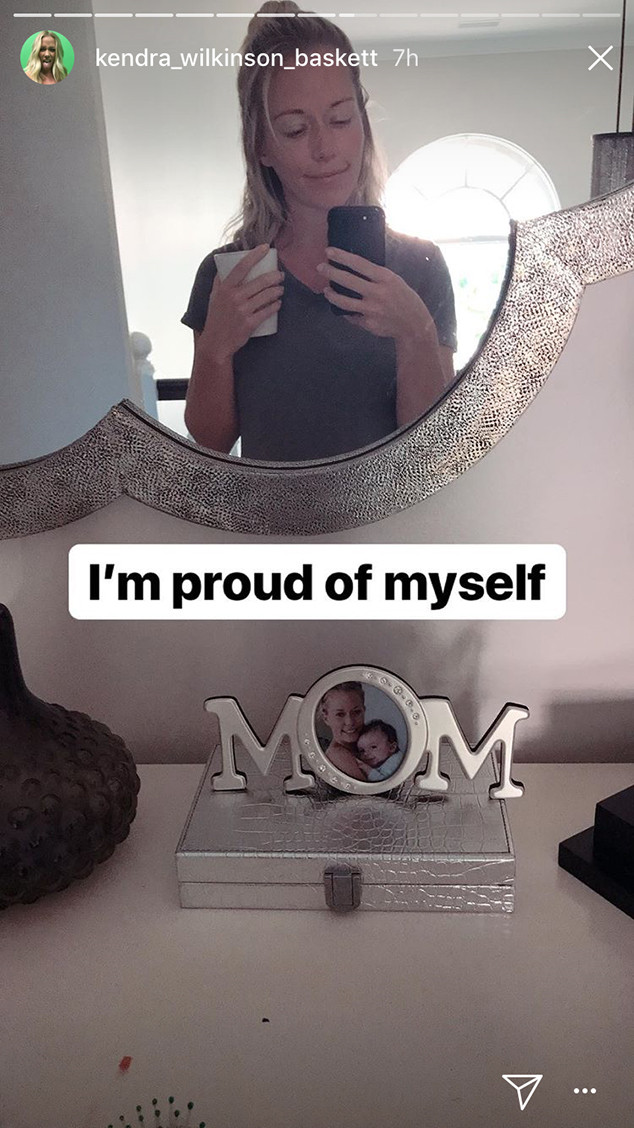 Kendra Wilkinson's marriage may be nearing its breaking point.

A month after the reality star announced that she was experiencing "marital problems" with Hank Baskett, Kendra updated her Instagram Story Sunday night to beg fans for their support. In her cry for help, she posted black and white selfies with overlaid text, writing heartbreaking messages like "life isn't making any sense to me right now" and "I need to love myself again..."

Kendra, 32, and Hank, 35, got married in 2009 at the Playboy Mansion, and they share two children together: son Hank Baskett IV, 8, and daughter Alijah Mary Baskett, 3. Kendra and Hank were recently spotted at their son's soccer game in L.A. without their rings—and the former Playboy Playmate was not wearing hers in Monday's Instagram Story update, either. Snapping a mirror selfie, just hours after her plea for prayers, she wrote, "I'm proud of myself."

At this point, what she's "proud of" is anyone's guess. 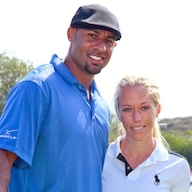 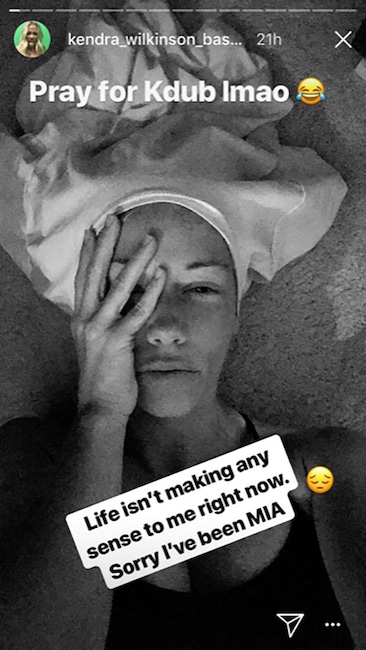 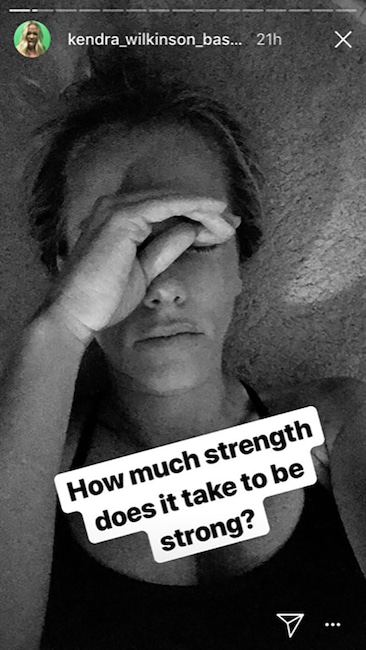 "How much strength does it take to be strong?" 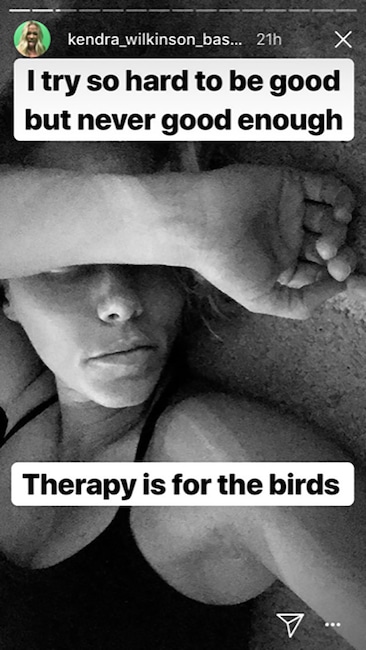 "I try to so hard to be good but never good enough. Therapy is for the birds." 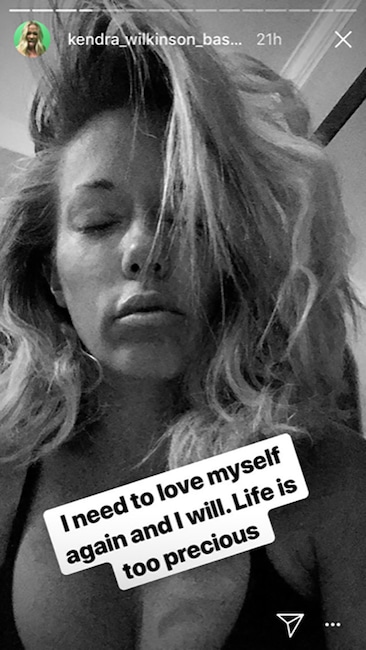 "I need to love myself again and I will. Life is too precious." 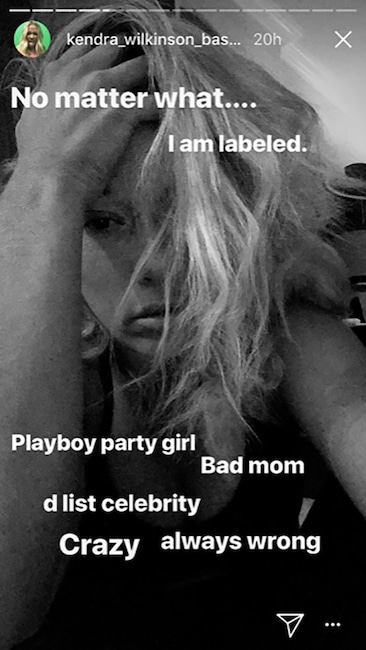 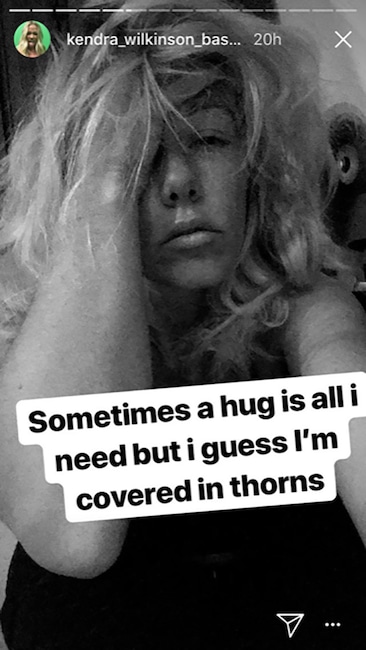 "Sometimes a hug is all I need but I guess I'm covered in thorns." 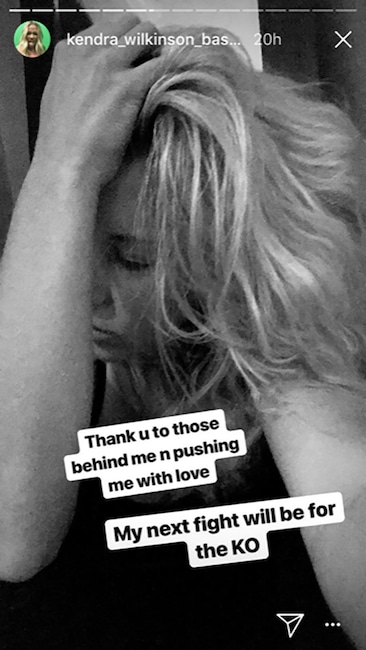 "Thank u to those behind me n pushing me with love. My next fight will be for the KO." 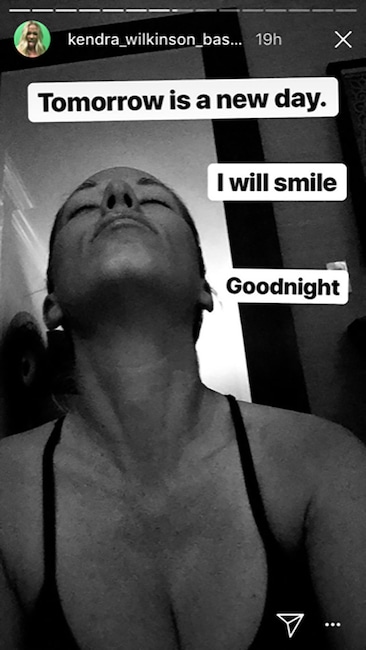 "Tomorrow is a new day. I will smile. Goodnight."

Kendra, who found fame on E!'s The Girls Next Door, has never hidden her personal problems from fans. In February, in response to a tabloid story, she admitted her marriage is on the rocks. "1. How do u fake marital problems? Makes absolutely no sense. 2. Yes we are having issues. 3. My job has been reality TV for 13 years 4. My show was a comedy and light hearted til sad times happened then we had to change my show from comedy to drama. Not what I wanted but was a part of my journey and story. 5. These issues Hank n I are having in our home which we are trying to hard to over come, everyone knows about, including producers and network, friends and family. 6. My job is reality TV and I love my job unfortunately these issues at home are affecting my decisions cuz the last thing I want to do is hurt Hank," she wrote on Instagram. "7. I hope to get back to the fun Kendra you all know. That's all I want n aim for. I hate drama!" Kendra—who later deleted the post—also thanked fans for their "support and understanding."

A source told later E! News, "Kendra and Hank having marital problems is nothing new; they're always working on their marriage." Though they overcame cheating rumors in 2014, "It's entirely possible they'll split up. At the moment they're still together, trying to work things out."