Do you wanna get played off the stage while naming everyone you've ever met, or do you wanna win a jet ski?

While Jimmy Kimmel spent the bulk of his 2018 Oscars opening monologue talking important movements, explaining why Oscar is the best man in Hollywood and trying to find ways to bring Meryl Streep down a peg, he got serious at the end to explain the latest attempt to keep the show from going completely overboard in the length department.

"Here's what we're gonna do. I'm not saying you shouldn't give a long speech, but whoever gives the shortest speech tonight, will go home with...Johnny, tell them what they'll win!"

With that, a screen lifted up at the back of the stage to reveal newest Price is Right model Helen Mirren showing off a beautiful lime green Kawasaki jet ski. 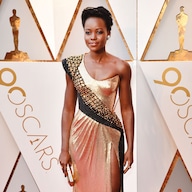 "Why waste precious time thanking your mom when you could be taking her for the ride of her life on a brand new jet ski?"

Kimmel explained that this was not a joke and held up a stopwatch, explaining that the timer would start as soon as they were handed the Oscar.

"And in the unlikely event of a tie, I need to say the jet ski will be awarded to Christopher Plummer," he added. 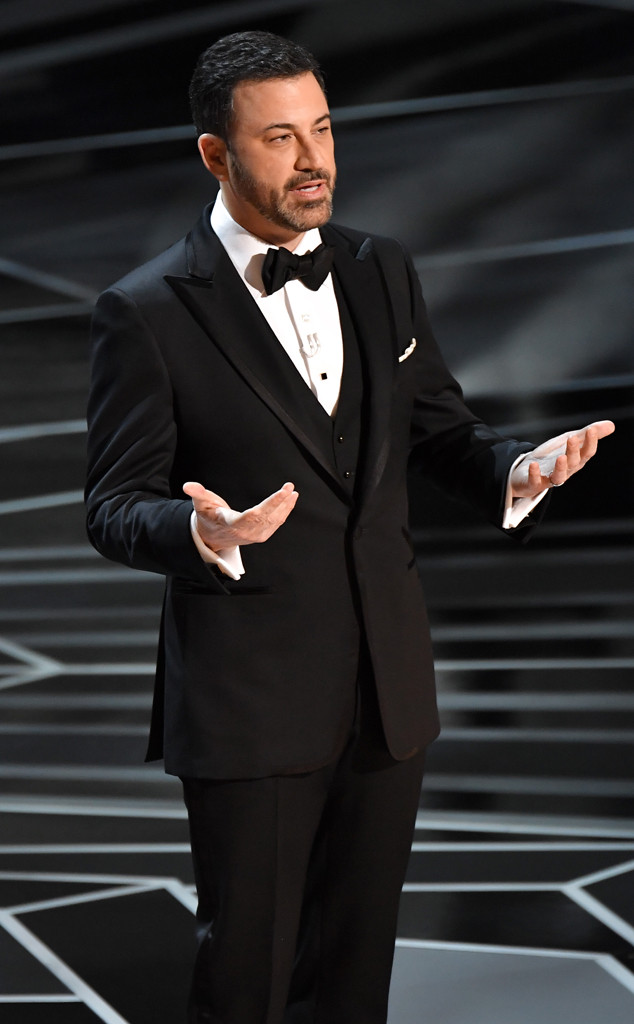 While Kimmel firmly encouraged nominees to go for the short speech to win that jet ski, he also gave a few options in case anyone wanted to go a little longer.

"Speak from the heart. We want passion. you have an opportunity and a platform to remind millions of people about important things like equal rights and equal treatment. If you want to encourage others to join the amazing students of Parkland at their march on the 24th, do that. If you want to thank a favorite teacher, do that, or maybe you just want to thank your parents and tell your kids to go to sleep, what you say is entirely up to you. You don't have to change the world, do whatever you want, but with that said, this is a really long show."

Jimmy started the night out by addressing last year's Best Picture snafu, in which the wrong envelope was read and La La Land was mistakenly announced as the winner of the award that actually went to Moonlight.

I do want to mention—this year, when you h ear your name called, don't get up right away. Just give us a minute. We don't want another thing," he said before promising to tell us the "true" story of what really happened. 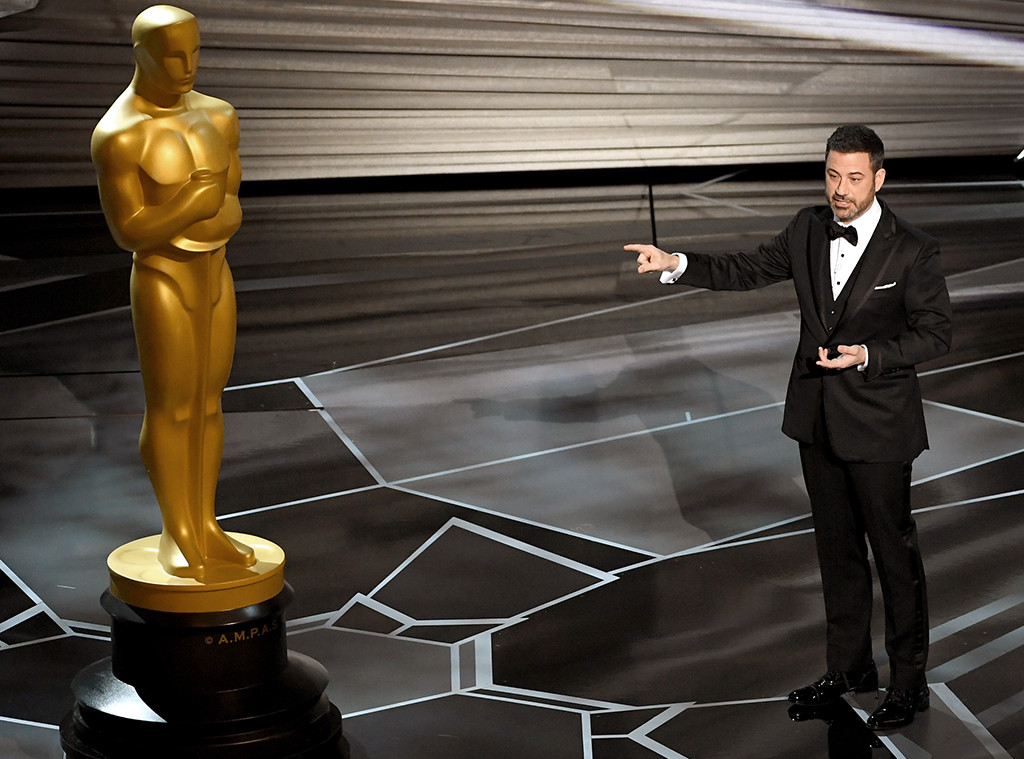 Kimmel went on to point out that Oscar (of the Oscars statue) is "the most respected man in Hollywood," because "he keeps his hands were you can see them, never says a rude word, and most importantly, no penis at all."

Disgraced producer Harvey Weinstein was also a topic along with the ongoing movement to stop sexual harassment in Hollywood.

"If we can do that, women will only have to deal with harassment all the time at every other place they go," he said.

Massive hits Black Panther and Wonder Woman both got shoutouts as signs of positive progress, as Kimmel said he could remember a time when studios didn't believe women or minorities could open a superhero movie.

"And the reason I remember that time is because it was March of last year," he said to much applause.

Kimmel didn't leave us without throwing a few jabs in the direction of a few nominees, including Timothée Chalamet who apparently missed an episode of Paw Patrol to be in attendance tonight, and Meryl Streep, whose longest gap of no Oscar nominations only happened while she was apparently in prison.

So far, so good for Jimmy Kimmel.

Update at 6:20 p.m. PT: The prize for the shortest speech now also includes a trip to Lake Havasu!