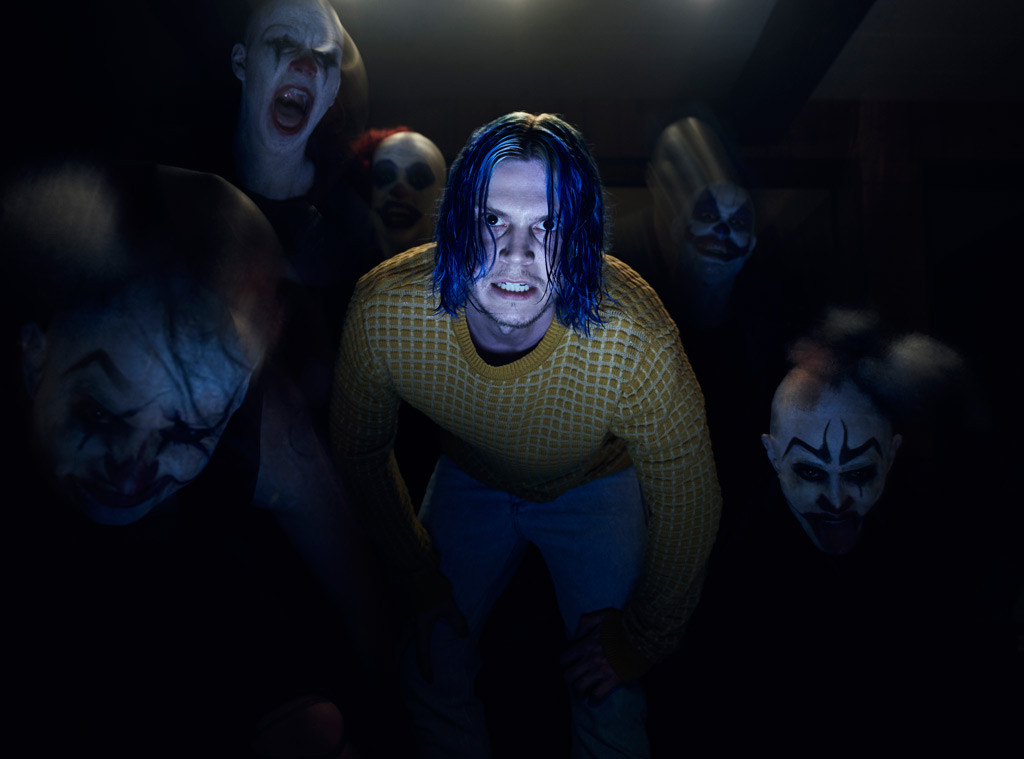 For six spooky seasons, Ryan Murphy and his team have leaned hard into the supernatural to deliver the scares on American Horror Story. FX's landmark anthology series' only rule seemed to be: There are no rules. Minotaurs in New Orleans? Sure! A man with a face on the back of his head rising on Halloween to collect the souls of freak show performers? Why not? Alien abduction? Throw it in there.

Installment after installment, Murphy would plumb the depths of the supernatural playbook, cramming as much as possible in to each run of episodes in an effort to keep us entertained. But somewhere along the way, the recipe became muddled, the scares less, well, scary, and watching became something of an exercise in just keeping up.

And then along came Cult. 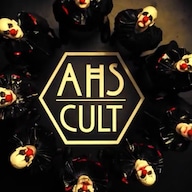 Everything We Know About American Horror Story: Cult

The show's seventh installment, which premiered in September, has felt like something of a rebirth of the show. The usual swell of storylines has been pared down to but a few, the story feels timely and incisive in a way the show never really has before, and the focus of the creative team seems to have snapped back into, well, focus. Terrifying clown masks aside, AHS is truly delivering one of its best seasons in years. And they've done it all without turning to supernatural well once.

After all, who needs ghosts when you have a cult leader hell bent on undoing the fabric of society?

For the uninitiated, Cult tells the story of Kai Anderson (Evan Peters), a disaffected man-turned-cult leader inspired by the unprecedented presidency of a one Donald J. Trump, Ally Mayfair-Richards (Sarah Paulson), herself a portrait of liberal white privilege coming unraveled by an unraveling world, and their increasingly intertwined fates. 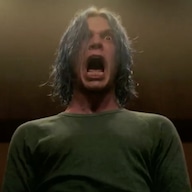 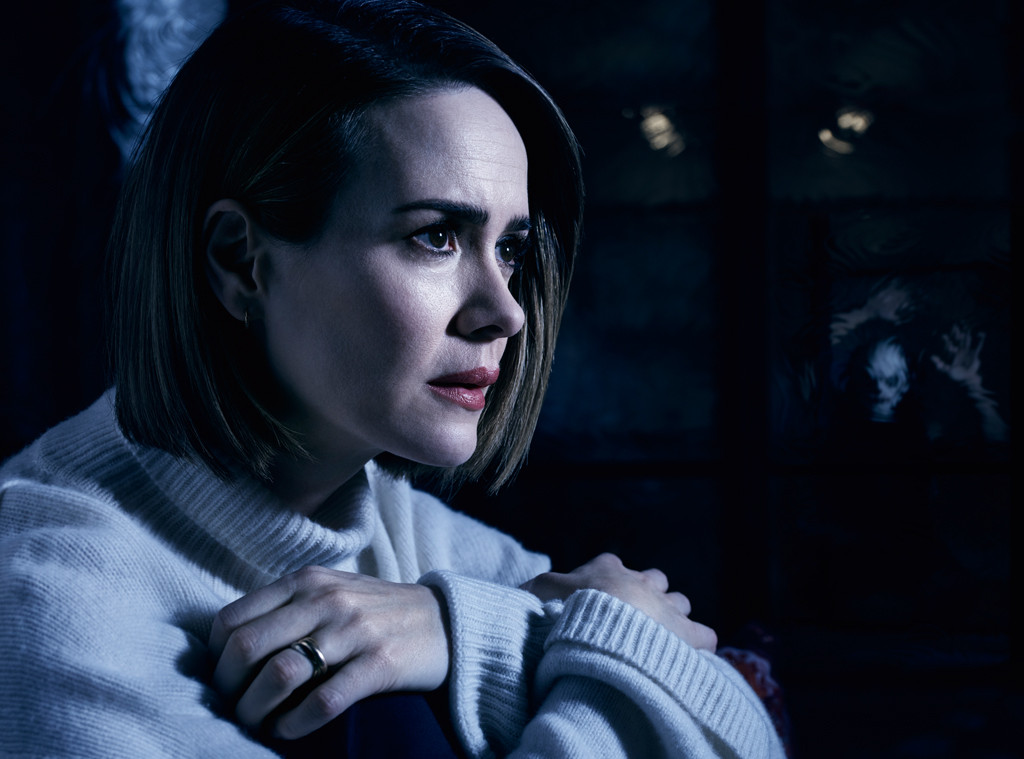 "It's not about Trump, it's not about Clinton. It's about somebody with the wherewithal to put their finger up to the wind and see that that's what's happening and using that to rise up and form power. And use people's vulnerabilities about how they're feeling afraid… and they feel like the world is on fire," Murphy told reporters ahead of Cult's premiere. "It really is about the rise of a cult of personality that can rise in a divided society."

The scares this season come not from one central monster figure, but instead from the monstrous things we as humans can do to one another when we're entirely unwilling to listen to those we don't agree with, as Paulson explained during a visit to The Tonight Show. "Basically every year we have a monster. You know, a rubber man, a piggy man, all kinds of monsters. Sometimes it's a supernatural element, sometimes it's not. But this year we don't have any of that," Paulson told Jimmy Fallon.." It's very serious because it's really about our inability to listen as individuals and as a country. And so this year, the monster on the show is the loss of communication as a nation. That's what it's about." 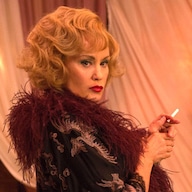 Of course, it's also about Peters' Kai, exploring how one man, like so many men before him, can easily prey upon people's insecurities and fears to manipulate them into carrying out their will. Throughout the season, Peters will portray not just Kai, but a litany of real-world cult leaders, including Charles Manson, Jim Jones, David Koresh and Andy Warhol, whom viewers met last week, meaning the actor is delivering not just one revelatory performance, but five of them. For Peters, the move away from the supernatural towards real-world terror has been a satisfying, albeit disturbing one.

"When it comes to supernatural stuff, there's really no rulebook, right? You kind of just have to play something in your imagination, how you imagine it, for real," he tells E! News. "A lot of things have been very abstract and you kind of just make it up and see what it would be like in your heart and your heart. But when you're playing stuff that's more grounded in reality, it's more of a mark to hit. And you kind of have to try to aim for that a little more, which is always more challenging and rewarding, I think."

As for the notion that this season is scary in a way that American Horror Story never has been before, Peters has some thoughts on why. "I think that there's a lot of scary things happening in our world right now, a lot of scary people out there and a lot of scary groups. I guess, hopefully, it's just scaring people a little bit more to that, that these things actually are real and actually are happening," he explains. "And maybe help to raise awareness in a way—I mean, I don't want to get all preachy, but you know, help to move things more in a positive way. Sort of like a cautionary tale. I think all horror stories can kind of have a little bit of a cautionary tale in there."

The actor, who's appeared in every installment of American Horror Story since it debuted in 2011, admits that, while inhabiting Kai's mind was rewarding as an actor, the process of filming Cult was scarier than work on the series ever had been before. "It was a very intense season, it was a very intense schedule, it was very intense material," he says. "Like you said, as it was grounded more in reality, it did make it scarier for that very reason. I think anything real, there's the possibility that it could be lurking at your actual door."

Of course, researching the stories of some of America's most notorious cult leaders didn't help matters. "Andy was...the most light-hearted one," he notes. "It was just fascinating. It was such a cool time." As for the other guys? "Jaw-dropping shock. Why did this happen? The Jim Jones [story...was a] really saddening, horrific one in my heart."

Peters, who considers Cult "one of, if not the best, seasons," has a thoery about why the installment is connecting with the audience the way it is. "It really...sort of became grounded in reality [and] speaks to people more," he says. "More contained, not so extravagant. I love this season...I'd rate it number one."

With Murphy's promise of a future season that will link up previous installments Murder House and Coven, this respite from the supernatural onslaught may be brief. But it will likely be remembered as the moment when American Horror Story got everything just right—clown masks and all.