Inspired by David Bowie: 10 Artists Who Borrowed a Page From the Late Icon's Truly Original Playbook 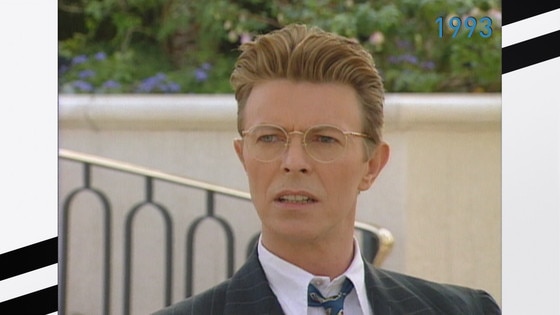 Now Playing
Up Next
E! Remembers the Late David Bowie in 1993

David Bowie's death left a gaping hole in the roster of living artists whose inspirational reach spanned genres, generations and modes of media, the British singer having made his mark on stage, screen, canvas and the music world.

After his surprising death in 2016 after a battle with cancer he told very few people about but methodically—and creatively—prepared to lose, countless people shared how much Bowie meant to them, be it his music, his style, his humor, his enduring relationship with his wife, Iman, or perhaps even his unforgettable turn in Labyrinth that had touched them over the years.

Today Bowie (aka Ziggy Stardust, aka the Thin White Duke, aka Jareth the Goblin King) would have turned 73. He released his final album, Blackstar, on his 69th birthday, which was two days before he died. Flooding the elegiacal lyrics with even more poignancy, producer Tony Visconti confirmed that Blackstar, which went on to win five Grammys, including Best Rock Song for the haunting title song, was a "parting gift" for his fans. 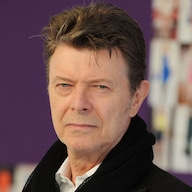 David Bowie: A Life in Pictures 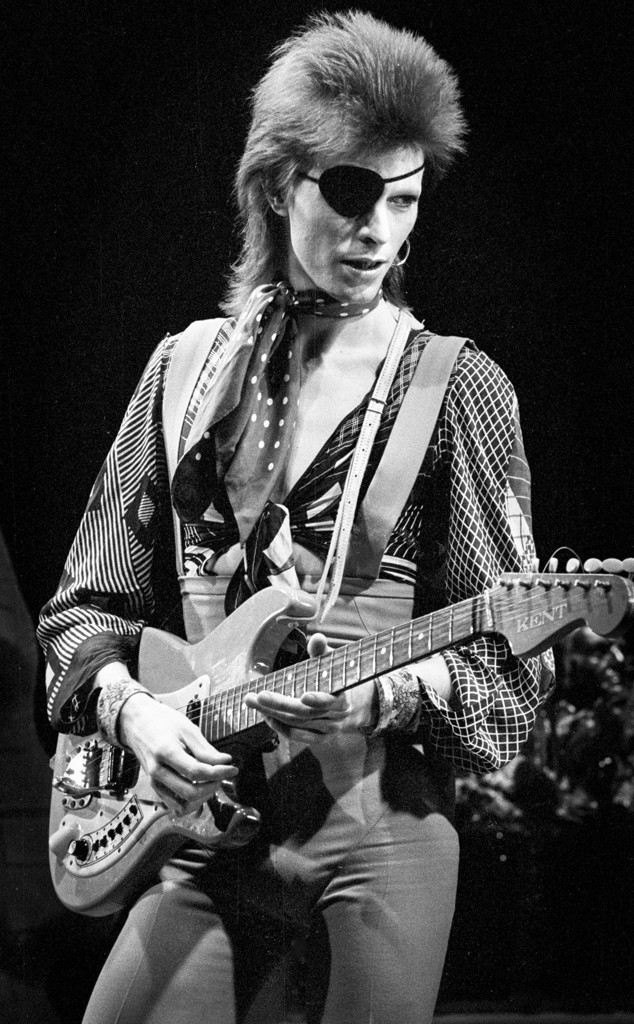 Countless covers of his songs performed over the decades are only an indication of how just how much he influenced his fellow artists. Inspiration has also been mined from his shape-shifting individuality; his fearlessness; his approach to fashion; his business savvy; his curiosity; and the pointed critiques and protest language that we hear in his lyrics, as well as the inscrutable wordplay. The list goes on.

Check out these 10-and-beyond artists who ripped a page (or several) from the book of Bowie: 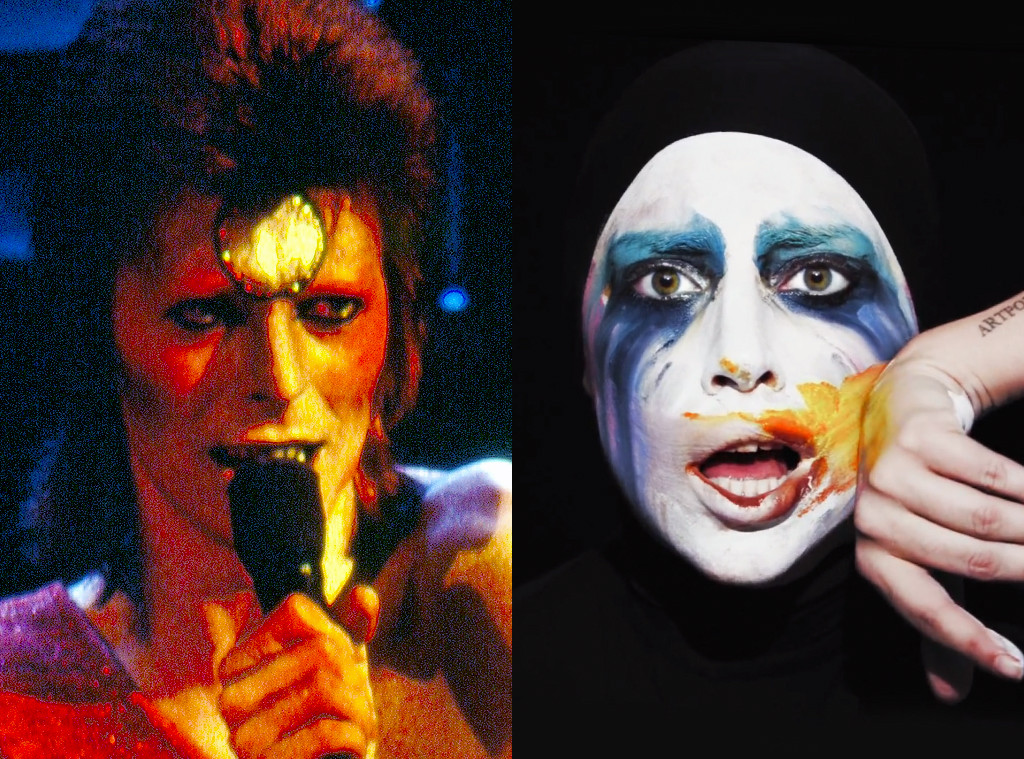 1. Lady Gaga's "Applause": The art for the avowed Bowie acolyte's ode to the headiness of "Fame" shows Gaga sporting a face of rainbow Ziggy Stardust-esque makeup and she's rocking Bowie's signature 1970s mullet. And with the singer-actress relighting the torch for glam rock and gender-bending appeal when she burst on the scene, consider her one of the master's most avid disciples.

"He is a true, true artist, and I don't know if I ever went, 'Oh, I'm going to be that way like this,' or if I arrived upon it slowly, realizing it was my calling and that's what drew me to him," Gaga said on The Hollywood Reporter's Awards Chatter podcast just days before Bowie died. "I don't know. I just know that you can use the theater of your imagination to entertain people beyond their wildest dreams, and then you can put something inside of that that changes the world. And that to me is when you make something truly great as an artist." 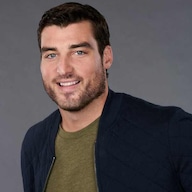 She ended up performing the Bowie tribute at the Grammys in 2016, a fast-paced, 6-minute ode to a lifetime that not everyone understood, but which came straight from the deepest reaches of her heart. 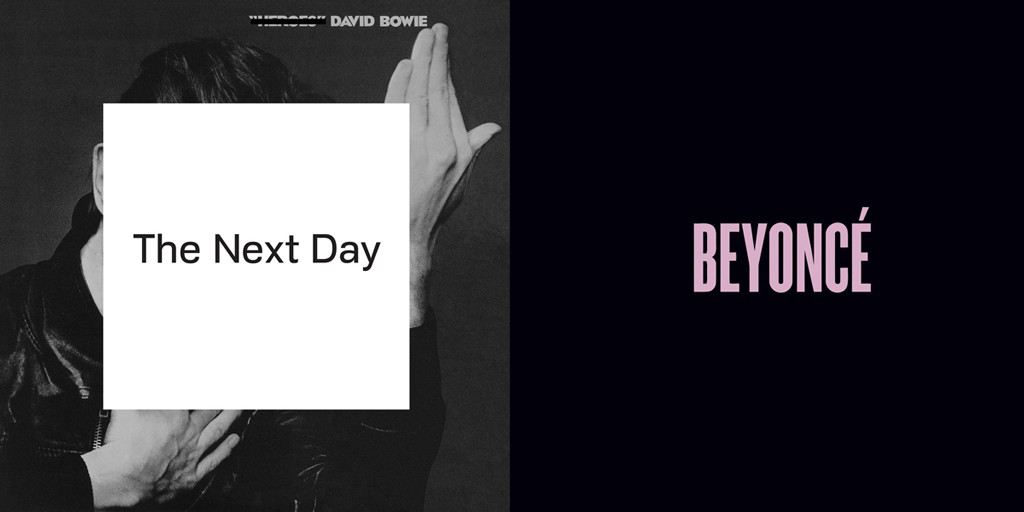 2. Beyoncé's Surprise Album Drop: Not that Bey ever labeled herself a pioneer when it came to releasing a huge studio album without warning (though that sneak attack quickly became known as "pulling a Beyoncé," after which Drake and others followed suit), but the Bowie faithful were quick to point out at the time that he had mastered the blindside first when he dropped the single "Where Are We Now?" on Jan. 8, 2013, and then revealed that the fruits of two years of secret labor—his first studio album in 10 years, The Next Day—would be out soon.

3. Kurt Cobain: Nirvana's cover of "The Man Who Sold the World" introduced many a flannel-bundled teen onto Bowie in 1993, and though the magnificent MTV Unplugged in New York album was a posthumous release for Cobain, perhaps he would've smiled at the fact that he helped spread the word about one of his own biggest influences. Bowie is quoted in Nirvana: The Chosen Rejects as saying he "always wanted to talk to [Cobain] about his reasons for covering 'The Man Who Sold the World,'" saying he did "a good straight forward rendition and sounded somehow very honest."

4. Tilda Swinton & Bowie Become One: A fabulous running pop culture joke was the fact that the androgynously sexy Swinton and Bowie were actually the same person—and they were both apparently tickled by the comparison! Swinton starred in his video for "The Stars (Are Out Tonight)," proving once and for all that they could both be in the same place at once.

5. The Auteurs: The quirky (what else?) comedy The Life Aquatic With Steve Zissou, starring Bill Murray as an oceanographer who's out to get the shark that ate his buddy is one of the underappreciated films in the Wes Anderson canon, but the resurgence of Bowie's "Life on Mars" via the movie's soundtrack—including this devastating cover by Seu Jorge—is unquestionably a highlight. 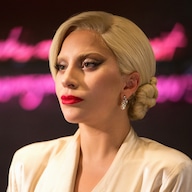 David Lynch also made effective use of Bowie's "I'm Deranged," off of 1995's Outside (a collaboration with Brian Eno) in the haunting credits of Lost Highway, then brought the song back at the end, after audiences' minds had been boggled.

Ben Stillergot Bowie himself to spoof his one-of-the-beautiful-people cachet in 2001's Zoolander, while he took on a film character for the first time in years when he played Nikola Tesla in Christopher Nolan's eerie drama about rival magicians, The Prestige.

"In total honesty," Nolan later remembered to Entertainment Weekly, "I told him if he didn't agree to do the part, I had no idea where I would go from there. I would say I begged him."

He said, "Normally when you meet stars, no matter how starry they are, when you see them as people, some of that mystique goes away. But not with David Bowie. I came away from the experience being able to say I was still his biggest fan, and a fan who had the very miraculous opportunity to work with him for a moment. I loved the fact that after having worked with him, I had just the same fascination with his talent and his charisma. I thought that was quite magical. 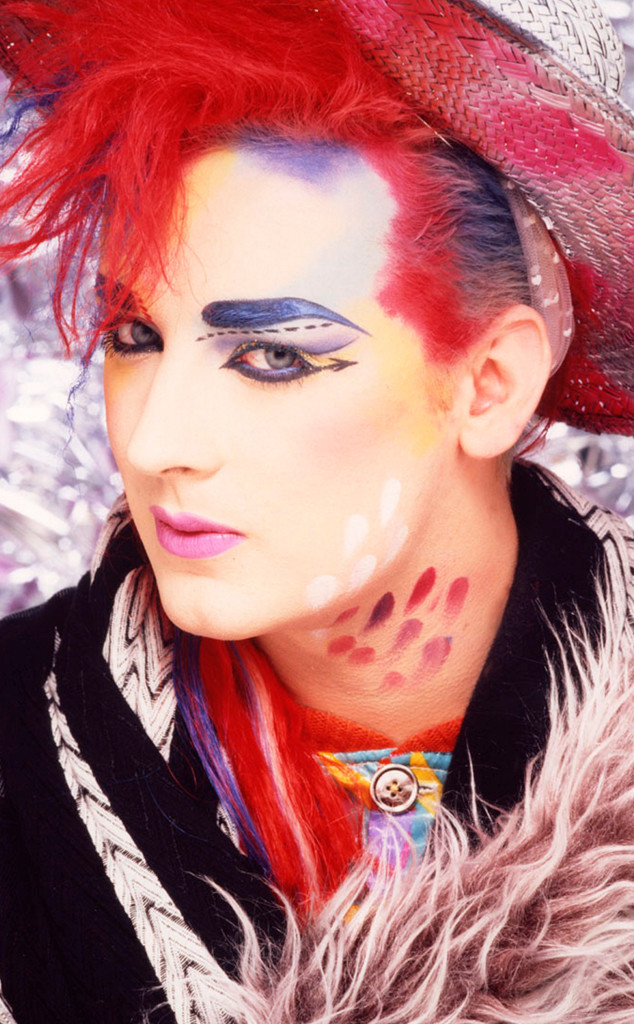 6. Boy George & Beyond: "You changed my life," the Culture Club singer and gay icon tweeted upon hearing the news of Bowie's death. "I cannot believe it. Thank you for everything." Bowie—in his full face of makeup (which accented his captivating eyes and illegally sharp cheekbones) and skintight "space" suits as his otherworldly creation Ziggy Stardust—helped set the tone for artists (including Queen, Patti Smith, The Cure and Prince in addition to George, Gaga, Depeche Mode, Annie Lennox and more) to push the boundaries of gender and sexuality, ultimately pushing their brand of emo-glam into the mainstream and showing that gay or straight, feminine or masculine, dress or three-piece suit didn't matter. You could be anything to anyone, all at once.

Or, a Bowie specialty, you could be one thing today, and another tomorrow.

7. The Killers: Frontman Brandon Flowers, who has the deep, almost-monotone-but-still-mellifluous voice associated with Bowie, admitted the band ripped "All These Things That I've Done's" bass line from "Slow Burn." Moreover, no one releases a song called "Spaceman" without a tacit nod to the original space oddity. 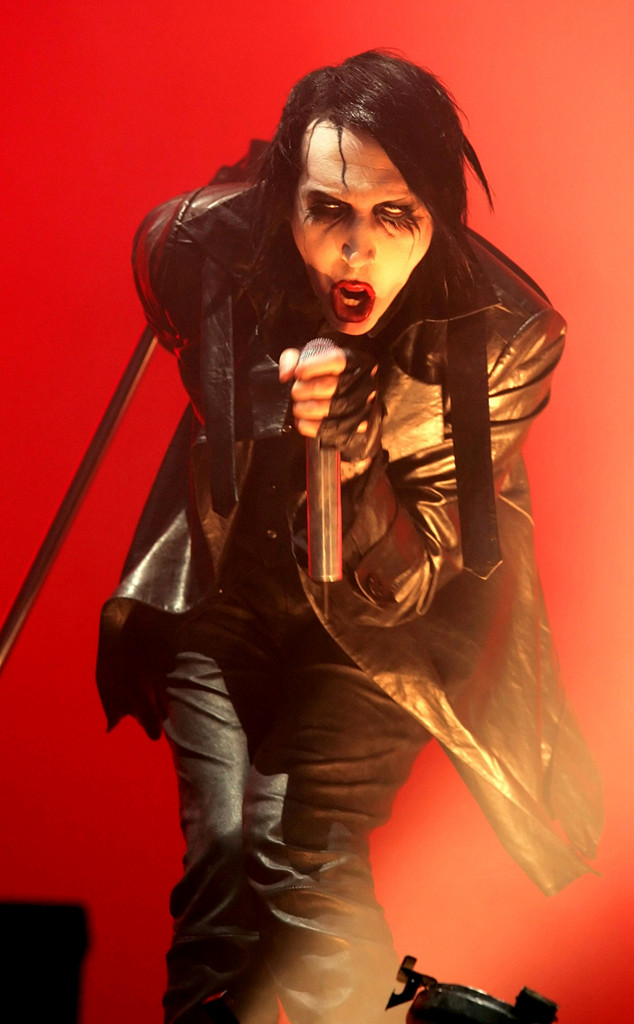 8. Marilyn Manson: While Bowie and Manson weren't exactly delivering the same message through their music, Bowie's brave, arousing stage presence definitely inspired those performers who live to provoke onstage. "When I grew up," Manson has said, "there was David Bowie and Iggy Pop—people who had something to say and had quite an impact on music and society." 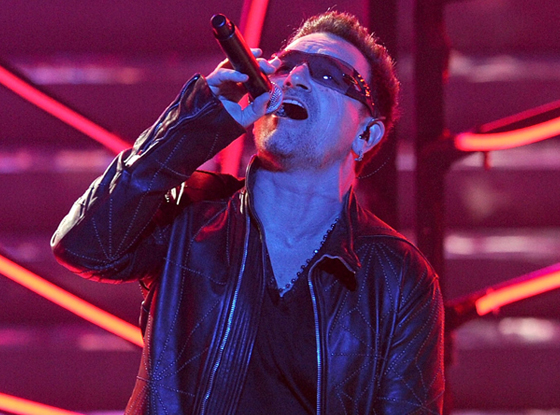 9. U2: "It's not exaggerating to say what Elvis meant to America, David Bowie meant to the U.K. and Ireland," Bono told Rolling Stone in 2010, while also offering up his top 15 all-time Bowie tunes (may as well go listen to them all right now) for the magazine. "It was that radical a shift in consciousness." 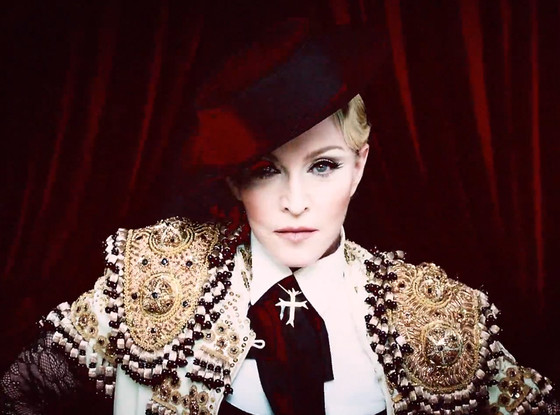 10. Madonna: Speaking of testing boundaries... This girl from Detroit attributed Bowie with changing her life by opening her eyes to a type of artistry she had no idea was possible. "This is a beautiful man. Before I saw David Bowie live, I was just your normal, dysfunctional, rebellious teenager from the Midwest, and he has truly changed my life," she said while speaking on his behalf at his induction to the Rock and Roll Hall of Fame. "I've always had a sentimental attachment to David Bowie."

And as it turned out, millions of other people did, too. When you're playing the latest infectious pop hit on repeat or watching a full-fledged star tear it up on stage, take a moment to remember whether or not, in fact, Bowie did it first. Or better yet, today especially, go straight to the source.