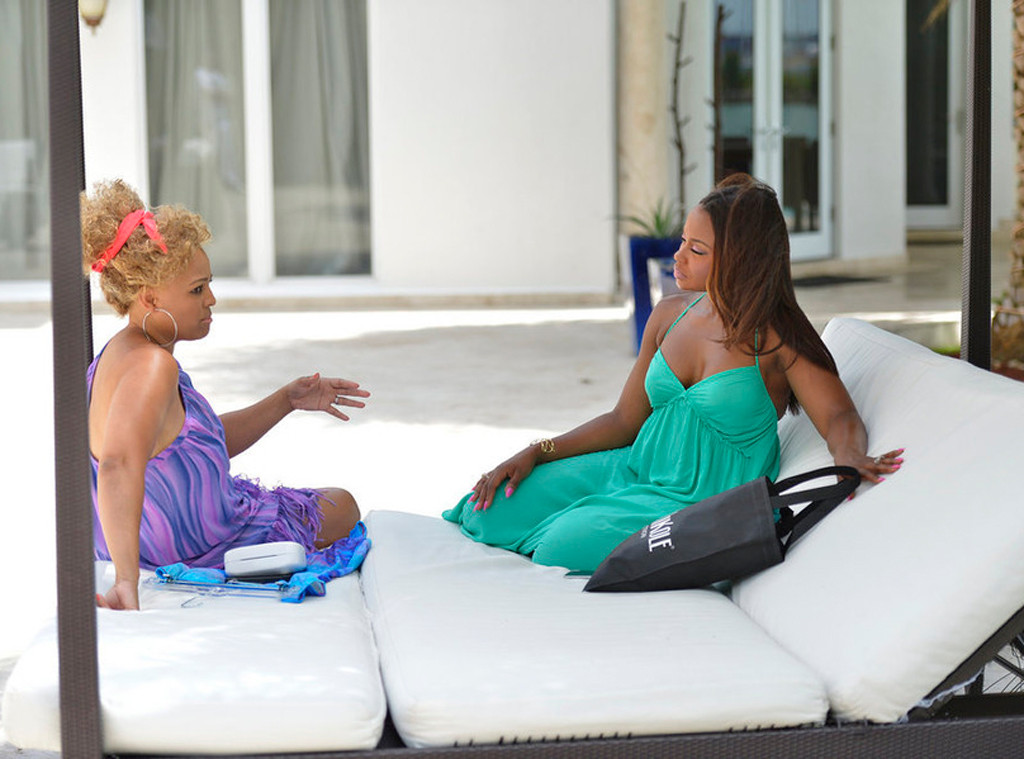 Who do we have petition to get a "No Houseguests" clause in our dear Housewives contracts for when they embark on their obligatory girls trips?

Earlier this year, a trip to Turks and Caicos on The Real Housewives of New York ended in a shouting match over strange naked men overstaying their welcome and a warning for the record books when Luann de Lesseps demanded Heather Thompson "Be cool. Don't be all uncool."

And this week on The Real Housewives of Atlanta, the ladies' trip to Miami ended with an ambulance, some disturbing violence, and more than one Housewife booking it back to the Peach State earlier than expected. But can you blame them?

CLICK: Catch up on what happened during part one of RHOA's Miami trip

It was pretty clear at the end of last week's episode that bringing Tammy's nephew Glen back to the house wasn't going to end well for anyone. And what do you know? It didn't. The always volatile mixture of alcohol, egos, and anger resulted in an explosion that let to Kenya Moore throwing an uncomfortably aggressive Glen and his friend out of the house, rather than let security handle it themselves.

That, in then, cause a blind-with-rage Glen to throw Tammy (his own aunt!) onto the tile floor, knocking her momentarily unconscious. And once heads began hitting the travertine, it was adios for Kim Fields, who booked it to a hotel that night, and pregnant Kandi Burruss, who flew out the next morning.

The altercation, which was ugly before Tammy was thrown like a rag doll, with with Glen ranting "none of these hoes can tell me anything" and calling Kenya "little bitch," sparked more than a few interesting points-of-view amongst the ladies. Let's break them down, shall we?

Every time Kim Fields said everything we were thinking on RHOA 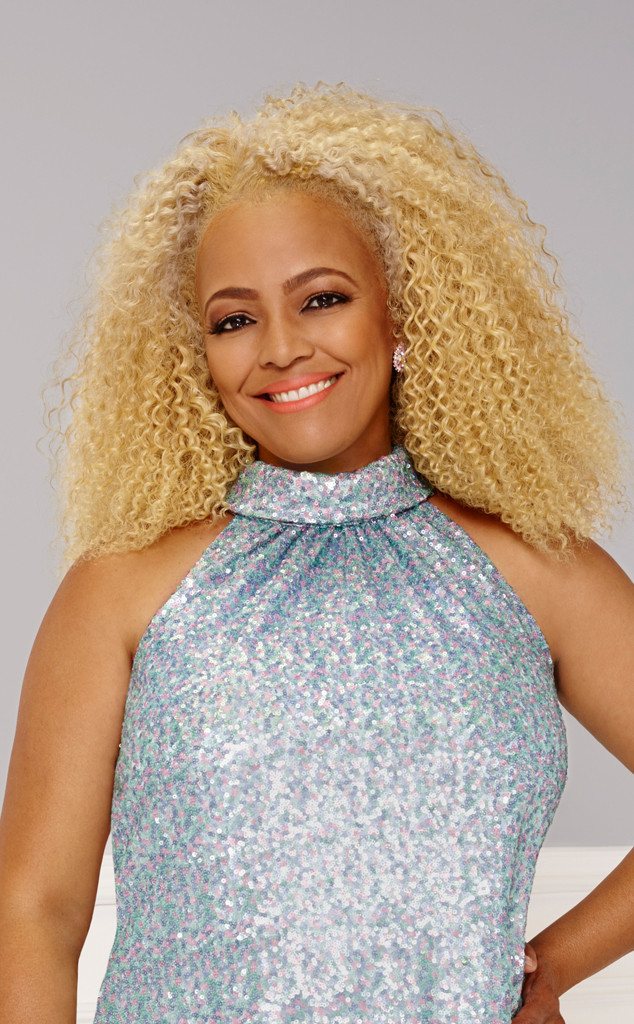 - Kenya: "If security wasn't present, I hate to think what would've happened."

- Cynthia: "I feel responsible because I thought [Tammy] around."

- Porsha: "Hearing that Glen got aggressive with Kandi as well kind of scared me." (She didn't care so much when it was just Kenya on the receiving end.

- Sheree: "We have to be careful about labeling."

- Phaedra: "Our boys in particular because they're already an endangered species. They're like green elephants running around, honey."

- Sheree, again: "It's hard to say who's wrong or right in this situation, but this is exactly the type of conversation be should be having, especially with our boys."

- Kim: "It's like Kenya wanted to stir the pot again. That's another reason I left. What if she had determined at two in the morning, 'Hey, Kim. I didn't like that you roller-skated in '79. I want you out.'" 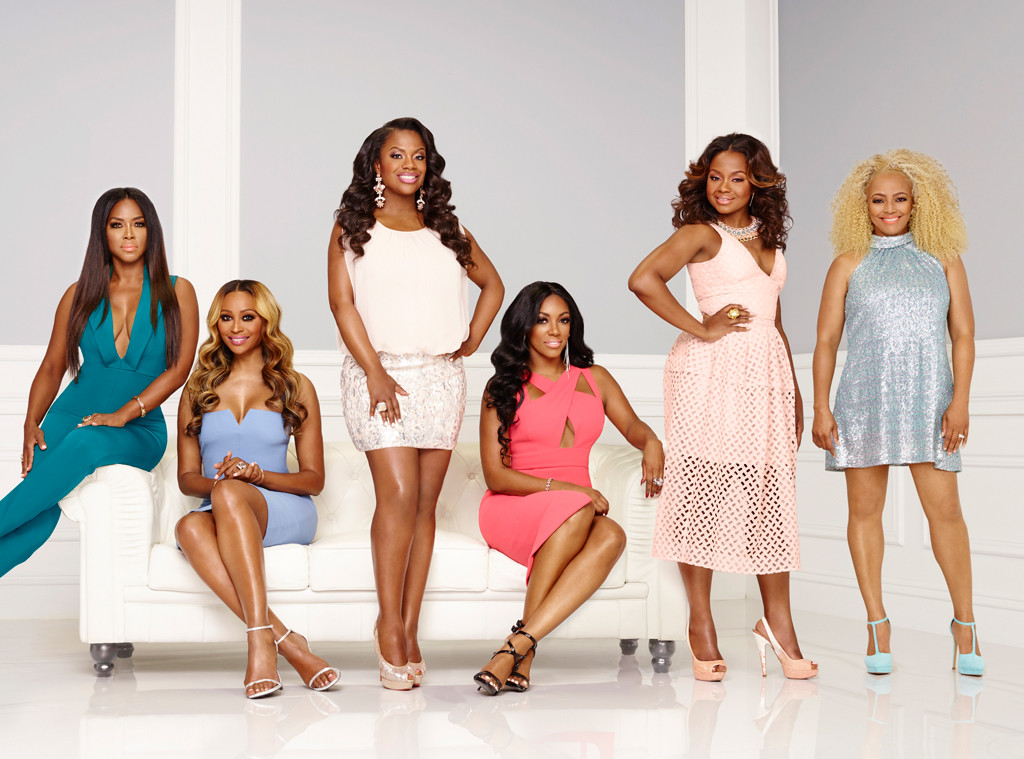 Judging from Kim and Kenya's face-off back in Atlanta at the end of the episode, the trip only further deepened the line in the sand between the two women. And we're betting it's gonna get a whole lot uglier before it gets better. After all, that's the Real Housewives way.

- "Ooh, she's so drunk. Lord Jesus, bless her." - Kim about a cross-eyed Tammy and her Corona

- "She has to be re-cast." - Chris, Kim's husband, talking about Kenya while watching Kenya's pilot

- "I take my professional reputation very seriously. If you're bringing me Game of Thrones, then I might put up with a little foolishness. But if you're not, no thank you." - Kim about Kenya

- "As long as we can forget Glen's unfortunate incident, Kim's mini-breakdown, Sheree calling out people for sleeping with her ex-husband, and, of course, Kenya twirling out of control, all in all, it was a fun trip." - Phaedra with the win

What did you think of tonight's RHOA? Sound off in the comments below.

PHOTOS: The official ranking of all the Real Housewives fights