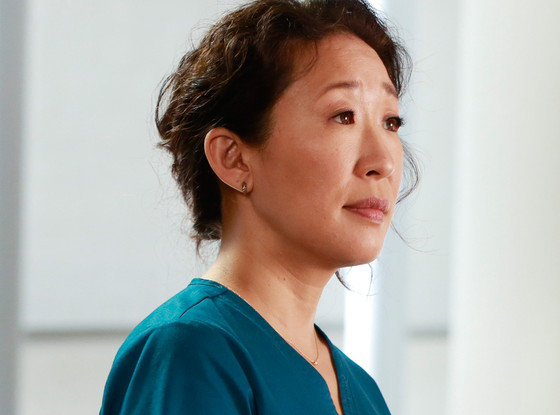 WARNING: We're about to discuss MAJOR spoilers from tonight's season 10 finale of Grey's Anatomy. If you do not wish to know any of the details, turn away now. For everyone else, pass the tissues and read on…

What would you do if you "person" was moving to the other side of the world?

Would you scream? Cry? Get all dark and twisty? Well, if you're the wonderful Meredith Grey (Ellen Pompeo), you would grab her by the scrubs, yank her out of the hospital, and shove her into the first cab that you could find. Now that's friendship!

For months we have known that in Grey's Anatomy's tenth season finale we would have to say goodbye Dr. Cristina Yang (Sandra Oh), and although we shed quite a few tears tonight, we've got to be completely honest: her farewell was absolutely perfect. Keep reading for a quick rundown of all the twists, turns, and OMG moments that happened tonight in Grey Sloan Memorial.

Farewell Cristina Yang: After putting off her departure for two weeks, Cristina could no longer procrastinate—it was time to say goodbye to her Seattle family, and welcome all of her new and exciting challenges ahead. Of course, it took a very tough-love Meredith to finally bring her to this decision. After shoving her in a cab, and bestowing an abrupt, "I love you,"  on her friend, Meredith went back into Grey Sloan Memorial with tears in her eyes.

But you didn't really think Meredith and Cristina—aka one of the best TV friendships of all time—would end like that, did you? In a flash Cristina raced back into the hospital to find her friend of ten years, and demanded one last thing before she would officially be ready to leave: Cristina needed one last dance-it-out sessions. (Awww! All the feels!)

MORE: 17 Times We Fell in Love With Sandra Oh on Grey's Anatomy 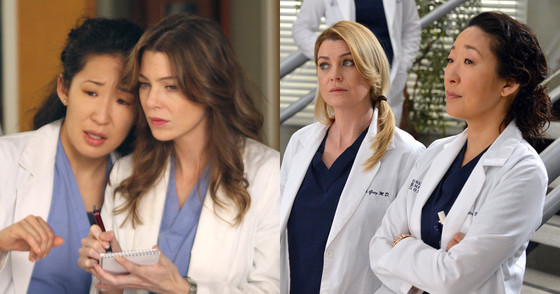 Cristina also gave Meredith a list of things she needed to do in her absence, such as insulting Karev (Justin Chambers) on a regular basis, and making sure that Owen (Kevin McKidd) didn't get all "dark and twisty." Cristina also advised her soulmate to stand up for herself with Derek saying, "Don't let what he wants eclipse what you need. He's very dreamy, but he's not the sun. You are."

She also made her friend promise not to do anything wreckless or stupid. "You're my person. I need you alive. You make me brave," she said, which in turn caused all the viewers to burst into tears.

And although Owen was elbows deep in surgery when Cristina made her goodbye rounds, the two managed to share an emotionally charged, wordless farewell through the glass of the observatory deck. Seriously, Cristina and Owen's chemistry is, and always will be, incredible insane and we're so sad to see this ship sail away.

• Since we already knew that Shane (Gaius Charles) and Leah (Tessa Ferrer) would not be returning to Grey's next year, this is how they made their exits: Leah, who came to peace with the fact that she does not have what it takes to be surgeon, slipped out of the hospital with her head held high, after she's successfully calmed down each of her panicking patients. As for Shane? He begged Cristina to take him with her Switzerland, saying that he wanted to follow his teacher wherever she went. With a smile on her face, Cristina agreed and Shane respectfully quit his residency program.

• Derek and Meredith ended this season on an impasse—He wanted them to move to Washington D.C. to further his career, and she didn't. Meredith bravely stood up to her husband saying that she is tired of him always putting his career before her own. Things do not seem to be going well in MerDer land.

WATCH: We dare you not to cry during this tribute to Cristina and Meredith's epic friendship! 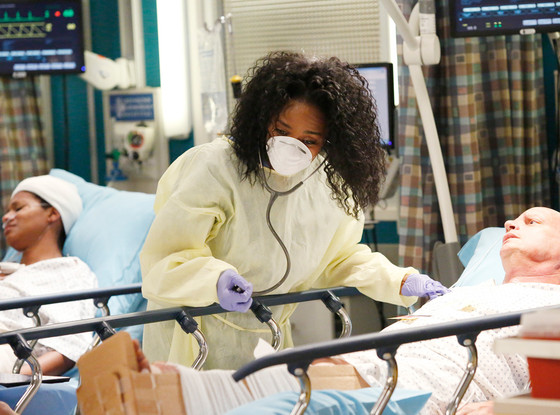 • Due to budget cuts, Bailey's (Chandra Wilson) research funding was eliminated. And although she was hemming and hawing, Webber revealed that with Cristina leaving there is now an open position on the board—and it looks like she's a shoe-in for the slot. However, what neither of them know is that Cristina left all of her shares of the hospital, along with her spot on the board to Karev. Uh-oh looks like we've got a Bailey/Karev fight coming our way in season 11.

• As for the night's most shocking moment? Webber (James Pickens Jr.) took a minute to ask Cristina's new head of cardio replacement, Dr. Pierce, what was getting her down. It turns out, Pierce, who was adopted, only took the job at Grey Sloane Memorial because it had her birth mother's name plastered all over it. She's… Ellis Grey and Webber's love child! Looks like Meredith has yet another half-sister, y'all!

What did you think of Cristina Yang's emotional goodbye? What was your favorite part of the finale? How many more half sisters do you think Meredith has out there?! Sound off in the comments below!