Exclusive: The Funkadactyls' Naomi on Privacy, Working with Fiancé Jimmy Uso, and Whom She Would Invite to Her Wedding When you're being paid to clock your fiancé in the face in front of millions of people any given week, personal privacy comes at a premium.

Perhaps that's why Trinity McCray, known to WWE fans as Naomi, chooses to keep her relationship with John Uso, aka Jimmy Uso, so close to the chest. But what about her new role as one of the stars of E!'s new series Total Divas?

"I'm more of a private and personal person," Naomi told us exclusively, "so at the beginning it was hard getting used to the cameras always being around."

VIDEO: Catch a sneak peek of the first season of Total Divas!

But despite the Naomi name, you can still expect to see the real Trinity on Total Divas, despite her initial discomfort with the cameras. "The hardest part for me is not filtering myself...I'm so nervous about watching the show back because there are so many moments where I'm like, 'Ooh, did I just say that? I know I'm going to be cringing watching this back.'"

Don't expect many of those moments to include nasty things said to other Divas, though...at least not from Naomi. "We actually do all like each other," she said of her relationship with the other WWE Divas, in particular the Bella Twins, who are a rival in the ring. But that doesn't mean there won't be plenty of drama from the other "Total Divas" stars...let's just say what happens in the ring, doesn't necessarily stay in the ring.

Speaking of rivals, Naomi admits that working with her fiancé can be difficult: "We have disagreements and have to work together," she explains, "but at the same time it's good because we know we have to fix it and work it out."

While the couple tries to "never go to bed mad," that doesn't mean they won't go into the ring mad. "Our last match we were actually mad at each other," Naomi recalls. "I got a hit on him on one of my moves that felt really good, I got my frustrations out." 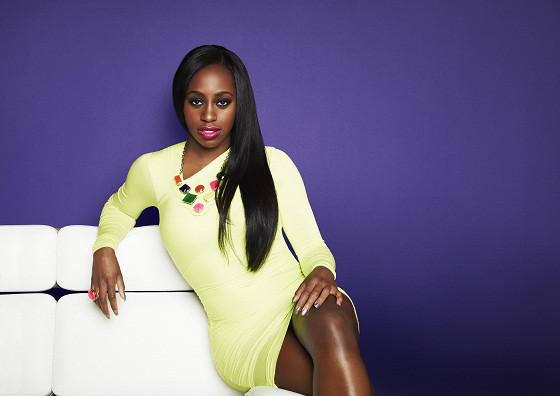 Clearly the two seem to be made for each other, so that begs the question: When is the wedding date? "We don't know because we're so chill about it," Naomi says. "We just want to go to the courthouse and get married. But I'm an only daughter and I'll be the first to get married on my side, so both our parents are like, have a wedding!"

Would the rival Bella Twins be invited to the reception? Maybe! "So many of our close friends are WWE Superstars, so I couldn't imagine us having a wedding and partying without those guys," Naomi says. "We're around those people more than our own families."

You can catch Naomi and the rest of the Divas on the premiere of Total Divas, airing Sunday, July 28 at 10/9c on E! Check out WWEDivas.com for even more Diva related content!