Someone is getting a new look on Glee!

We are so ready for a musical-themed makeover montage on Glee, and based on what's going on in this character's life, it'll definitely do more good than harm to brush up their beauty regime. To perhaps attract a new type of significant other? And don't forget, the Pretty Little Liars mid-season finale goes down tonight, and one of the stars teases the hell out of it. All that, plus New Girl, Hart of Dixie and more in today's Spoiler Chat:

Alex G.: Love Kate Hudson and Lea Michele going head to head on Glee. Anything else you can share about season four?
Since you've seen a little bit of Kate Hudson "out-dancing" everybody in the new Glee promo, we can reveal that she'll be dancing to a Jennifer Lopez and Lady Gaga mash-up. You can hear a little bit of the Lopez song it in the promo, and we bet our bottom dollar that the Gaga number is "Just Dance." But Glee always surprises us. And what's the best way to deal with someone all up in your grill? Why, get a makeover and show 'em up, of course! Which is exactly what Rachel will be doing in episode three.

Zoe: I'll take whatever you got on New Girl
Who's that model? It's Jess! That's right, Jess has to tag along with Cece to a car show to model and showoff the cars. As you expect, Jess doesn't quite cut it as a model, and not only does she piss off the guy in charge, she pisses off the other models. Cat fight! We have a feeling Schmidt will be around for that.

Chloe W.: Will the New Girl writers stop toying with Nick and Jess and put them together soon?
Oh, sweet Chloe. You obviously don't understand the power of will they-won't they. But never fear, because Jake Johnson tells us that there will be some kind of movement with Nick and Jess's chemistry in season two. "The writers are going to address it this year, so whatever it is, it's going to take a step forward," he teases. 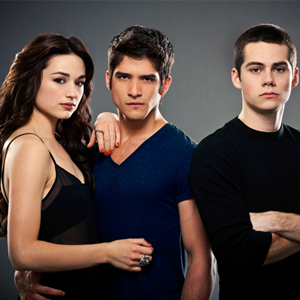 James: What's next for Allison on Teen Wolf? I kind of hated her by the end of the season.
Creator Jeff Davis is well-aware of the Allison backlash post-finale (he saw that "Kill Allison" was trending on Twitter. Way harsh, people!) and is confident people will come to love her again in season three. "It will be interesting to see if it comes back, if they come back to love her again, which I think they will," he explains. "I mean, that was the whole plan with Isaac. He was supposed to be the bad guy in the beginning and then by the end you were supposed to be completely on his side. He needs to be redeemed, so I threw a puppy in there with him." Yeah, we're assuming Allison will probably get a kitten in season three.

Get all the Fall TV premiere dates

Lizzie: Any hope for George and Zoe on Hart of Dixie? Love those two together!
Hate to break it to ya, but George will start seeing someone who is not Zoe in season two, and it seems like George is pretty serious about her. Her name is Presley and she's a tomboy with a wicked sense of humor. While she makes fun of all the Southern belles throwing themselves at the town's golden boy at first she soon finds herself attracted to George, and, as Taylor Swift sings, sparks fly. Fans can expect to see Presley stick around Bluebell for awhile. (And Team Wade goes wild!)

Shania: Pretty Little Liars finale scoop!
It's mid-season finale time! When we chatted with Troian Bellisario, she told us that fans will be completely surprised by something completely out of left field that has nothing to do with "A." And we'll find out exactly who is betraying the Liars, and Bellisario summed up that reveal best with this tweet: "Warning! you WILL throw something at your TV tonight-just make sure it's not hard and you break ur screen. Then how will you watch more #pll" 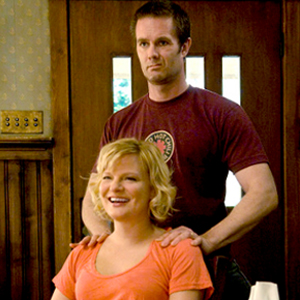 Gordon: Raising Hope scoop…preferably on Burt and Virginia…my favorite married couple on TV.
Burt and Virginia are going undercover to infiltrate the treacherous world of country clubs. "We're not really trying to join a country club, we just want to know more about the members of the country club," Martha Plimpton tells us. And to do that, they make up hilarious fake identities. "I'm the manager of rock and roll equipment manufacturing company, as well as a private detective," Garret Dillahunt reveals. "And I'm a nurse and a lawyer," Plimpton adds. As you can imagine, this whole ploy goes awry.

True Blood, Bachelor Pad and more! Get all the latest recaps

Felix: What do you think of all the American Horror Story promos?
We think the two rave-themed ones ("White Rave" and "Red Rave") that just came out say a whole hell of a lot about what Asylum is really about.

Sarah: Loving the new Dallas and already can't wait for season two! Got any scoop?
New series regular alert! Viewers will be introduced to a sexy new guy with a big personality in season two: Andres. And he has a major connection to one of our season one favorites: He's Elena's sexy estranged older brother! He's got some major baggage (tied to the death of his father) and he's come to Southfork to continue his father's legacy. Have we mentioned he's sexy?