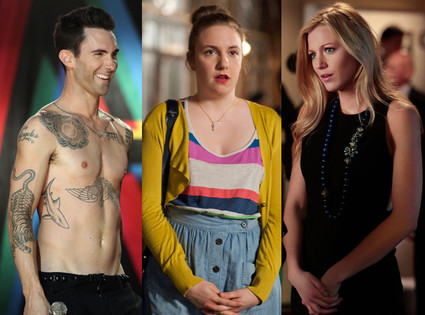 Didn't like Prince Louis last season on Gossip Girl? Well, it seems like the CW hit series is going to be giving another man a chance to redeem the French in the final season! So who is this newbie coming to the UES?

Plus, we've got some details on Adam Levine's role on American Horror Story and scoop on Steve and Catherine's relationship on Hawaii Five-0. Not enough scoop for you? We've also got info on Weeds, Girls and more...

Melissa: Any scoop on the final season of Gossip Girl?
New hottie alert! The show is currently looking to cast the role of a handsome international businessman named Jean-Pierre, who is a bit older than our core group and will recur in season six. Added bonus? An accent, a French one to be exact.

Kimberly: I'll make this simple: Girls, Girls, Girls!
Are you just as obsessed with Lena Dunham's HBO series as we are? And do you want even more episodes? Well, good news, season two is coming soon! "We're doing our second season now, and we're shooting now, and that's another ten," executive producer Judd Apatow tells us. "I hope that we can start doing some more because ten is not enough. When you're getting interested, it ends."

Conor: Just marathoned all of American Horror Story and I'm obsessed! Can't wait to see Adam Levine in season two. Any scoop on his role?
You're in luck, AHS newcomer, as we just caught up with the Maroon 5 frontman to chat about his debut on the hit FX series. "I'm newly married and I go with my wife on our honeymoon," Adam teases. "I don't want to tell you too much and it and actually I should shut my mouth because [Ryan Murphy] will freak out, but it's gory…it sounds like so much fun and that's why I wanted to do it. I was like, this doesn't even sound like acting; this sounds, like, hysterical, funny, dark and cool and right up my alley." Sounds like it's right up our alley, too! 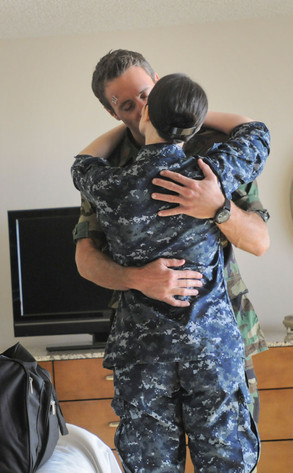 Jess: You've been holding out on Hawaii Five-0 fans on the scoop front! Care to make it up to us now?
Fans biting their nails over Michelle Borth being upped to series regular can chillax. (Are the kids still saying that these days?) "I think there are some fans who don't want a new member and they don't want to disrupt the entirety of the four, and I do kind of agree," she told us at the Monte Carlo TV Festival. "I don't want to come in and be disruptive either. I want it to be a gradual easing in for sure." As for Steve and Catherine's romance? "I think it will be a rocky road," Michelle teases.

Cynthia: I'm having mixed emotions about the new season of Weeds. I'm excited it's coming back but I'm bummed it's the last season!
Trust us: Go with the excited feelings. We just watched the season eight premiere, and we're pleased to announce that the Botwins are back and better than ever! Not only do you find out in the first ten seconds exactly who was shot, but in the last ten seconds you learn the identity of the shooter. Dun-dun-dun! Talk about a blast from the past! Although we're keeping our lips sealed on the details of "Messy," we will tell you there is a really sweet bromance scene between Silas and Shane that will remind you of their times in Agrestic. "You can't miss the bear!" Ahh memories.

Peter: I'm absolutely loving Teen Wolf this season! Give me any scoop you've got!
How about three teases for the rest of the season? Yes, we're just that generous. 1. Someone new will learn about the existence of werewolves by season's end. 2. Allison and Erica will soon get some one-on-one time. (Awkward alert?) 3. We can confirm one person who isn't dying this season: Newbie wolf Isaac. 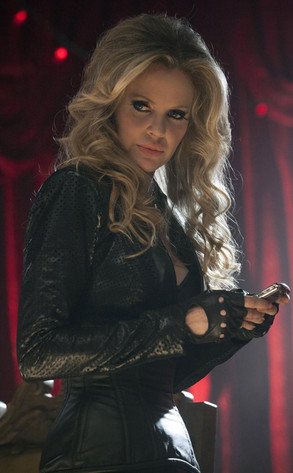 Naya in Dallas: Gimme some True Blood! Preferably AB positive, please!
Damn, unfortunately we've only got O. As in Oh, snap! It's a Pam vs. Sookie showdown, ya'll! Location: Fangtasia. Dispute: Sookie is asking Pam to summon Tara so she and Lafayette can help her become better vampire. However, Pam has no intention of helping "Tinkerbelle" find "that pathetic excuse for a vampire." Outcome: A brief-yet-badass battle that you surely don't wanna miss. Oh and by the way, watching Pam send a text message has got to be one of the coolest things we've seen in a while.

Joseph: I can't wait for Episodes to come back! Have you guys heard anything about the new season?
Heard anything? Oh honey, we're way ahead of you. We've already watched the season premiere, and we're excited to confirm that Matt LeBlanc is still just as lovable as ever. In fact, he's so lovable that one woman at a screening party can't seem to keep her hands off of him. And while we can't say exactly who this frisky lady is, we can say that Matt has a thing for getting in the middle of those so-called "committed relationships." Ruh-roh!

Spoiler Chat will be happening twice a week for the next few months, so don't hang out by the computer all summer, OK? But keep sending us questions by emailing tvdiva@eonline.com or tweeting @KristinDSantos!

PHOTOS: TV Stars on the Town