A couple who breaks a sweat together, stays together!

On Thursday, Alex Rodriguez gave fans a look into his and Jennifer Lopez's fitness regimen on YouTube. Joining the duo for their at-home workout were the MLB alum's daughters Natasha, 15, and Ella, 12, who followed along as the longtime loves led the family sweat session.

"Here's our workout for today," he began the video as he held up the routine the family would be following. "It is for Jennifer, Natasha and Ella and [Jennifer's daughter] Emme, who is a little bit tardy to class. But we're gonna do 20 minutes: 400 meters—we're gonna run. 15 kettlebell swings, 10 push-ups, 15 over-the-shoulder and then 15 bent rows. And we have 20 minutes to do as many as possible. Are you ready?"

Kicking things off with their 400-meter run around their home, Natasha set the pace for the family jog too fast, which led to a lighthearted scolding from Alex, who joked, "Keep a nice pace. Don't go crazy."

SIGN UP FOR MORE UPDATES ON YOUR FAVORITE CELEBRITY COUPLES 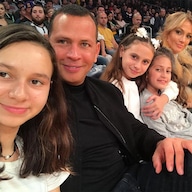 Following the routine, the squad then moved on to kettlebell swings, where Natasha and Ella were given pointers by the "Love Don't Cost A Thing" singer and the former New York Yankees star to perfect their form along the way.

After round one was complete, the gang was back at the beginning and took another jog. With their eyes on the prize, Alex, Jennifer, Natasha and Ella each had their game faces on as they made their ways through the challenging regimen. Wrapping up their fourth set, the family concluded their workout by doing a plank together.

Fans of the couple raved over the at-home workout video in the comments section. One fan wrote, "Okay it's official, you guys have made me want to start a home workout," followed by another who quipped, "Jlo looked like her motivation was simply to not be beat by the youngsters lol." Wanting to see his kids take up their dad's sport of choice, another chimed in, saying, "Great Job everyone! Now let's go to the batting cage!"

Throughout the pandemic, Alex and Jennifer have been treating fans to sneak peeks of their at-home workouts on social media. In fact, one of the "On The Floor" singer's recent posts went viral after fans spotted a mystery man in the background of her shot. 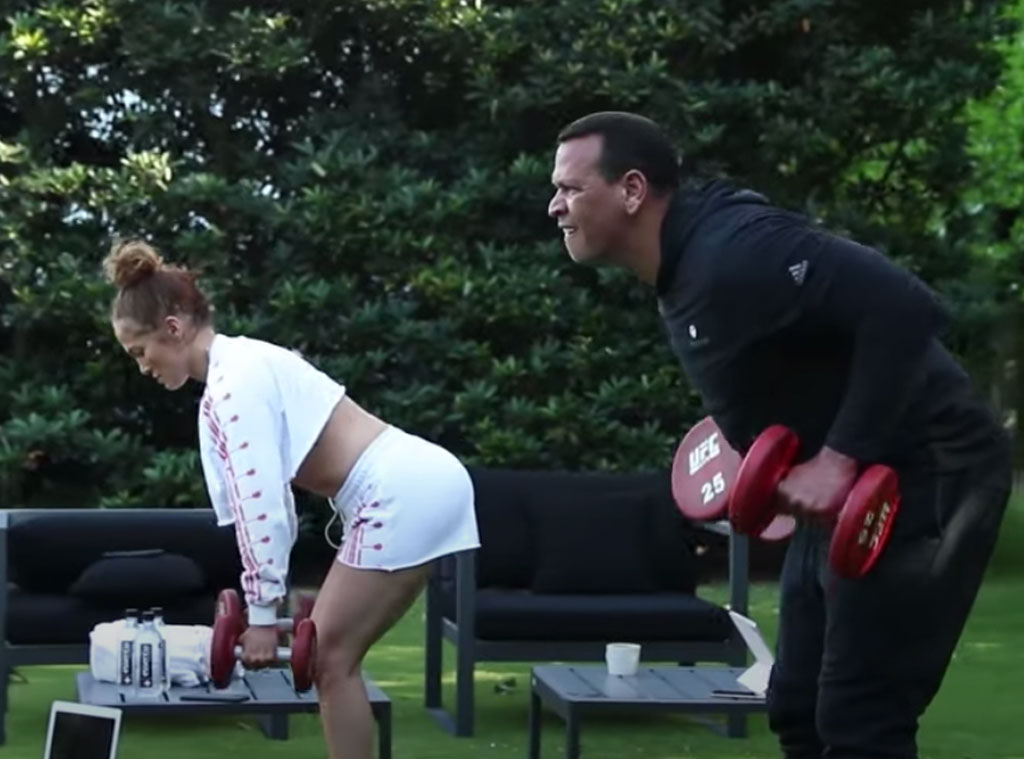 After causing a stir on social media, a source close to the soon-to-be-wed stars helped solve the mystery and revealed that the man was actually on a Zoom call with Alex while Jennifer was breaking a sweat.

"If you look closely you can see Alex's arm in a navy blue shirt," the insider tells E! News, noting that the couple's gym is attached to their office space and separated by curtains. "He's sitting in front of their desk with the big screen on it, so the image of the person you're seeing is who is on his Zoom call."