What You Need to Know About The 100's Trippy Final Season

The end is near, whether you're ready or not.

The 100's final season premieres tonight, and it picks up pretty much right where the last season left off. So if you haven't yet rewatched the season six finale, now might be the time to do so. But it's not the only episode you might want to rewatch...

As usual, we chatted with showrunner Jason Rothenberg to get the scoop on what's to come (and you're definitely going to want to come back after tonight's premiere to discuss what happens as the season kicks off), and he warned that this is not a time for new viewers to jump in blind.

"I would say it's, I think, a fitting conclusion to what's been an epic journey for seven years, six seasons, for these characters that our fans have come to love," he says. "And I will say that if you've never watched the show, it might be difficult to pick it up in season seven. So you've got some homework to do on Netflix."

"I think this season is a sort of punctuation mark on the story," he continues. "I would say that the end of the story is the meaning of that story, so this year we get to say what it's been about this whole time."

As season six ended, Clarke and co. had destroyed the Flame and gained control of Sanctum, defeating Russell and his Prime family but not yet winning over all the people who still worship them, who are now all mixed in with the Children of Gabriel and the Eligius prisoners.

Meanwhile, a little ways out of town, Octavia got stabbed by the adult daughter of Diyoza, who wasn't even born three days ago, and then she disappeared back into that green anomaly thing. And that green anomaly thing will play a major role this season, naturally, but it won't take that long for many of your questions to be answered. Octavia and the Anomaly

"I think all those questions will be answered by probably episode five," Rothenberg says. "You'll have a very very good idea of what's happened, what timelines connect to what moments in season six."

That means you might want to go back even further than the premiere of season six in your preparations for tonight, back to when Octavia and pregnant Diyoza first disappeared into the anomaly in episode eight.

"All of that gets unwound and explained," he says. "It's definitely the kind of season that you might need a notebook to watch, in a good way."

If you want to do any real research on what's going on, Rothenberg says the concept it's based on is a wormhole called the Einstein-Rosen bridge. 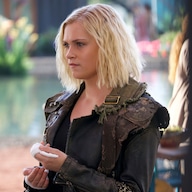 TV's Top Leading Lady 2020: The 100 Star Eliza Taylor Thanks Fans For Her Win

"They're literally tunnels through space and time, more space than time in our version of them, but time is definitely affected in the sense of how fast or slowly time moves on each planet relative to the next," he explains. "So you can have a story unfolding over a decade on one planet that only unfolds over two days on another."

And yes, the show will be using that little time quirk to its advantage.

"It definitely allows us to deeply dive into a character's transformation and how people change and then come back to their families as reunions happen. They may have been missing for only days, but in their world, years passed. It's one of the things that explains why Octavia was so different after she came back in episode 608 after jumping in in episode 608. She experienced quite a long time on the other side. That is explored quite heavily in the second and fourth episodes of the season." 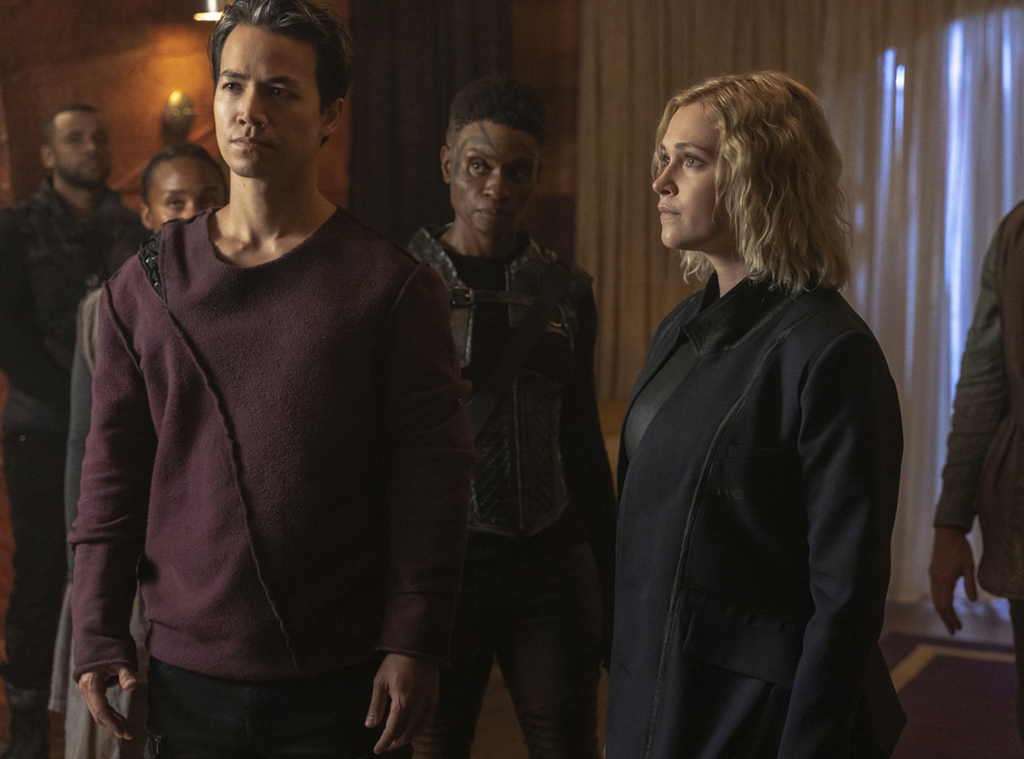 Clarke is a Ticking Time Bomb

Back in Sanctum, Clarke is trying to rebuild a society while also mourning the loss of her mother, and things are not going to be easy for her.

"Clarke has obviously experienced so much pain and loss in her life, and it's hardened her in a lot of ways, but it's also always there beneath the surface, and the loss of her mom...her mom's body wasn't really her mom, but her mom did only die days before that. So she is experiencing things that we all, in some ways, experience," Rothenberg says. "I mean obviously none of us have ever experienced having to float the bodies of our mothers inhabited by other minds, but we all know what it's like to deal with loss and grief. I think a common way that people who were really close to someone who passes away respond is by closing down. Sometimes you don't express your grief outwardly because you're trying to deal with all the practicalities of what happens at the end of life, so we do see that with Clarke here." 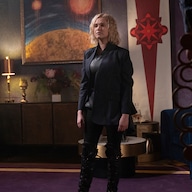 "It's not that she's planning a funeral," he continues. "But she's certainly, like, she has to reconstruct a civilization that was destroyed by her people, and so that's what she's trying to do is bury herself in work, and what ends up happening...of course, as we know, that scenario is like a ticking time bomb. And it's going to come out at some point."

What that means is that Clarke is more determined than ever to protect her makeshift family.

"What we will see going forward is that she's not gonna lose anybody else," Rothenberg explains. "She's determined to not lose anybody else that she cares about. She's possessed almost in a certain sense of the need to get her family back from across the universe, as it turns out."

Meanwhile, the man who's responsible for her mother's death is seen as a literal god to many of the people living in Sanctum, and the implications of all the religious clashes in this new society play into what the whole show is saying as it wraps up.

"Obviously dealing with the fact that the man who she blames for the death of her mother is still there is definitely something that we see play out in a big way in the premiere, but the thing is, she comes to start to question and realize in the premiere that all these different factions are coexisting in this bubble in this hothouse environment, and rather than realizing that we're all human beings, and we're all the last of the human race, why can't we just link arms together and realize that we have more in common than we have in opposition to each other, and use that as a unifying factor to live better and create a better society?" Rothenberg says of Clarke. "She's kind of given up hope on some level of that happening. I think that's a good microcosm of what the show is saying this season. It's like, can we overcome our instincts to fight each other and kill each other?"

Come back after the premiere to discuss everything that goes down and get some more scoop from Rothenberg!