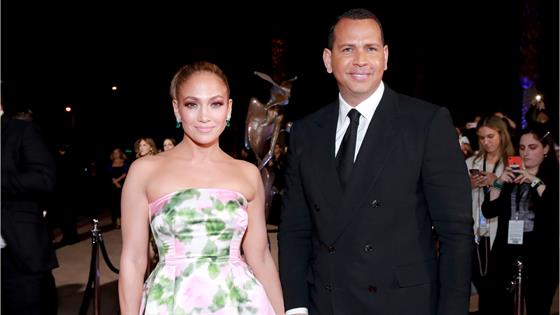 Last week, the "Love Don't Cost A Thing" singer showed off her toned physique with a mirror selfie she had taken in her home gym.

"If it doesn't challenge you, it doesn't change you… #CamoFriday @niyamasol," she wrote, giving fans a closer look at her matching camouflage activewear set.

But on Tuesday, fans were quick to realize that Lopez's impressive abs weren't the only stars of the post. Some eagle-eyed fans pointed out that there appeared to be someone lurking behind her. "Why is there a man in the background with a hand over his mouth?" one follower commented, drawing attention to a figure behind her. Another chimed in, writing, "What's that over her right shoulder?" Noticing his attire, another asked, "Anyone notice the guy in the mask? Lol." Concerned for the "Jenny From The Block" singer, one fan commented, "Uhm who or what's behind you?" 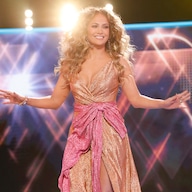 So, who was the mystery man that photobombed her selfie? A source close to Lopez revealed that Alex Rodriguez, who was on a Zoom call while the "I'm Real" singer was breaking a sweat, is to blame.

"If you look closely you can see Alex's arm in a navy blue shirt," the insider tells E! News, noting that the couple's gym is attached to their office space and separated by curtains. "He's sitting in front of their desk with the big screen on it, so the image of the person you're seeing is who is on his Zoom call," adding that the person on the screen wasn't wearing a mask but simply covering his mouth with his hand.

Amid the pandemic, Lopez has been cooped up with the New York Yankees alum, as well as her 12-year-old twins Emme and Max and his daughters Natasha, 15, and Ella, 12. Earlier this month, it was revealed that the longtime couple will be postponing their wedding this summer until it is safe to do so.

"They have been struggling for weeks over this decision, but with no return to normalcy in the near future, the couple felt postponing the wedding was the safest and smartest choice," a source told E! News. "Guests have recently been notified that the wedding will not be happening in late summer as anticipated." 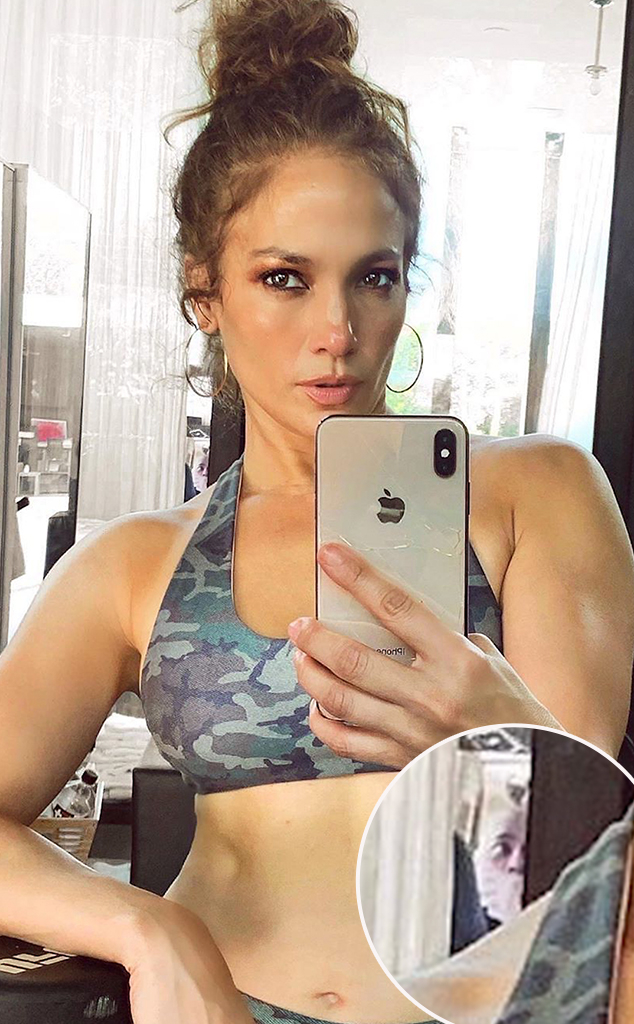 The insider also shared that Lopez and Rodriguez were set to tie the knot in Italy and are doing everything possible to "have the wedding of their dreams."

Opening up around the uncertainty surrounding planning their wedding, Lopez said that they're still playing everything by ear. "We will see what happens now," she said during her virtual visit to The Ellen DeGeneres Show. "Honestly, I really don't know what's going to happen now as far as dates or anything like that. We're just kind of in a holding pattern like the rest of the world. So, again, it's something we're just going to have to wait and see in a few months how this all pans out."

In the past, the "Dinero" singer has said that she and the MLB star are in no rush to walk down the aisle. "He's like, 'Whatever you want to do, we can talk about it. I said, 'But if we're going to be together for the rest of our lives, what is the rush?'" she revealed during Oprah Winfrey's 2020 Vision: Your Life in Focus Tour in Los Angeles. "If that's what we're really going to do, if we're really going to be partners."