Legends of Tomorrow's Tala Ashe Is So Torn About New Zari vs. Old Zari 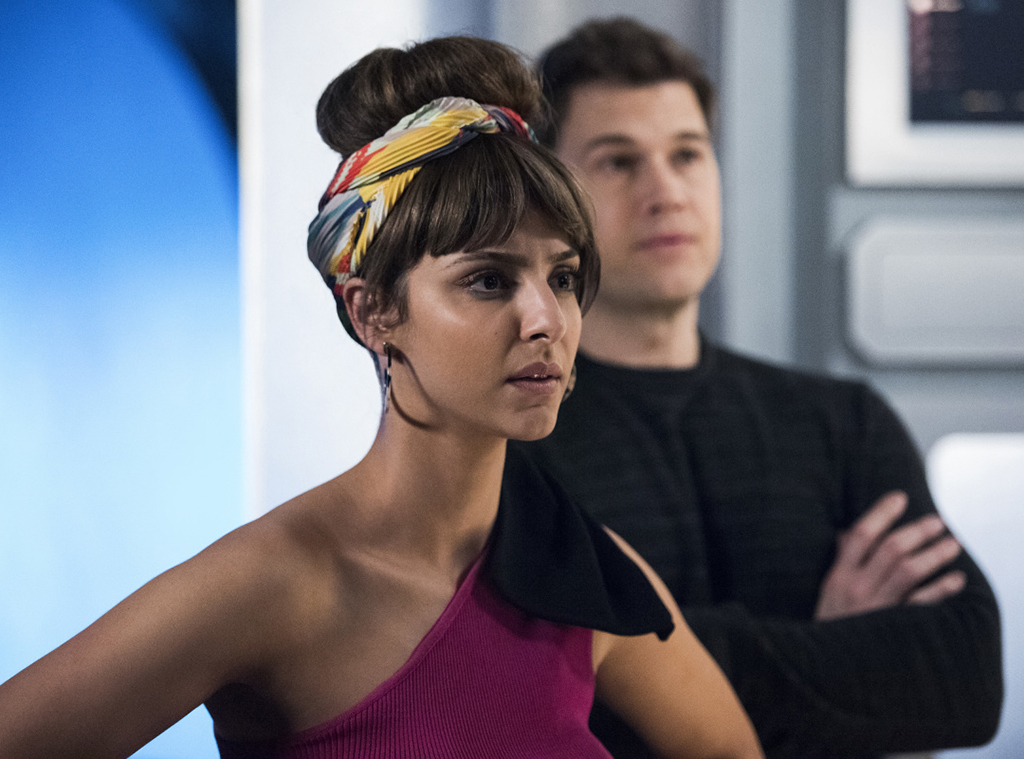 It's not that often that an actor gets to start playing a completely different character several seasons into their show.

It's happened a few times and it's certainly happened in the Arrowverse, but maybe not to the extent that it's happened for Legends of Tomorrow's Tala Ashe. After the Crisis on Infinite Earths destroyed the multiverse and put everything back together on Earth Prime, Zari, the character she had played since season three, was no more.

She's been replaced by another Zari, a version of the same person who's completely different in every way. The old Zari was a hacker and activist who dressed down, and the new Zari is a famous celebrity who only knows how to dress up. They're night and day, and at first the new Zari was a hard sell. Now, it's hard to imagine going back to Zari 1.0, both for us and for Ashe herself, though it took a while.

"I think I actually feel a very similar thing that I think viewers went through, which is that I was upset that Zari 1.0 is gone, even though I understood the why of it," Ashe tells E! News. "But I think I sort of resisted in some ways really going there with Zari 2.0 for a few episodes."

Ashe says it was the Marie Antoinette episode, in which Zari 2.0's social skills really came to good use and Zari and Ava developed a friendship, that helped her let go of 1.0.

"I think that episode finally gave me permission, and I was able to let go of the grief of losing 1.0 to kind of be like, OK, I'm going to fully step into 2.0's shoes," she says. "I don't want to give anything away, but also, even at the end of this season, to be fully honest, I feel really torn too. I really love them both, and I feel really sad that either one wouldn't exist." 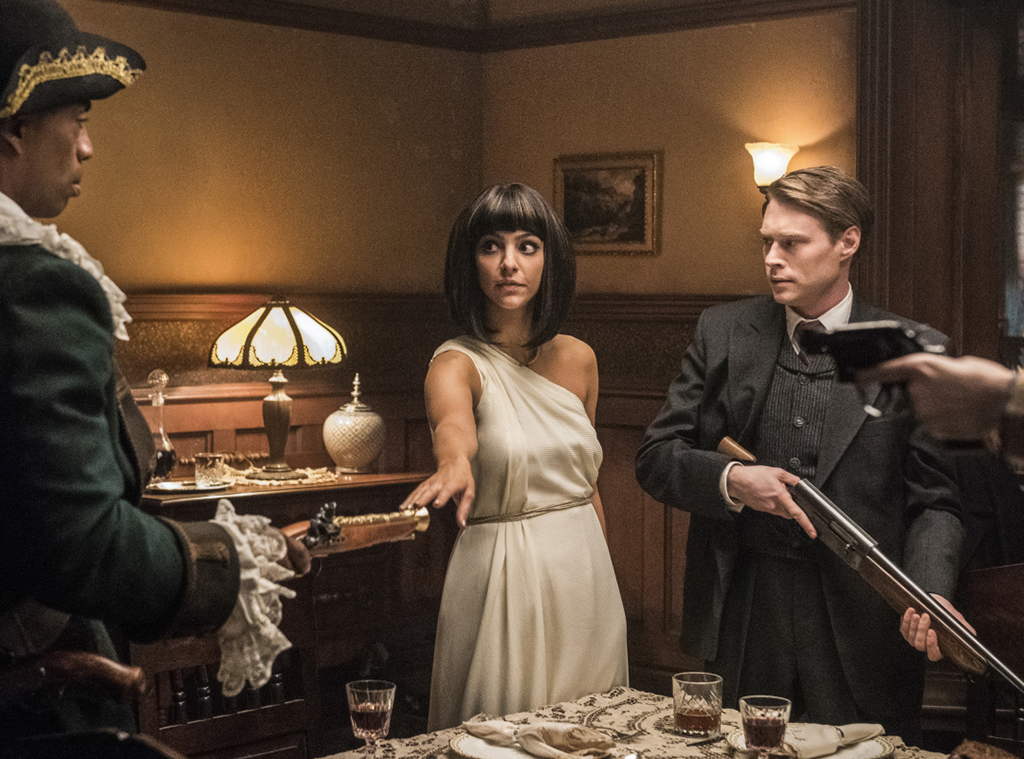 Tonight's episode takes Zari 2.0 on an adventure with Constantine to track down the final part of Charlie's loom, which will theoretically help them change reality to bring back her brother, who died at the end of the last episode. Constantine and current Zari are just about two of the most unlikely people you might find hanging out, but there's something pretty magical about this duo by the end of the episode.

"We put together the two most unlikely and different characters for a little murder mystery adventure, and [Matt Ryan] and I, when we read the script, we were like, I don't think these two characters are going to jive. And then I think we were surprised in the playing of it, like they challenge each other in really interesting ways. I think there's a kind of love/hate thing there that we have fun with."

The dynamic surprised both Ashe and Ryan, and it might just surprise you too. It's a delightful, nonsensical jaunt through time with visits from Bonnie and Clyde and Jack the Ripper, and with Zari sort of lightening up the dark sorcerer Constantine. 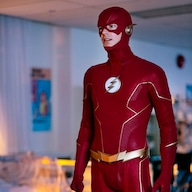 "I so admire the way that Matt has built that character, and he's committed to him, and I think it became a kind of game for me as Zari 2.0 to kind of shake him out of his strong way of moving around the world as Constantine," Ashe says. "It surprised both of us, and I think it's gonna be a fun thing to see how that dynamic plays moving forward and how it's gonna make the Nate and Zari of things kind of tricky too."

In last week's episode, Zari 2.0 took a little trip (in more ways than one) and met up with Zari 1.0 in the totem world, and Ashe says it was surprisingly technical.

"Before I first stepped on set, I had some really sort of crazy-sounding rehearsals with myself playing both parts simultaneously," she says. "But the actual filming of it is actually super, super technical. So it is a little bit clunky in terms of creating a flow state of acting, not to get too woo-woo. It's kind of destructive to that because you're also having to change costumes and flip back and forth, depending on the technical constraints. All that said, I was so happy to get to step back into the body of 1.0., though it was strange in a way to have to be like, who is she again?"

"Often, I had to look down to see what I was wearing to remember which one I was, but it was really fun, and really kind of bittersweet actually. It was like looking back on an old version of myself, like looking at yourself as a child almost. It was a surprisingly kind of emotional exercise." 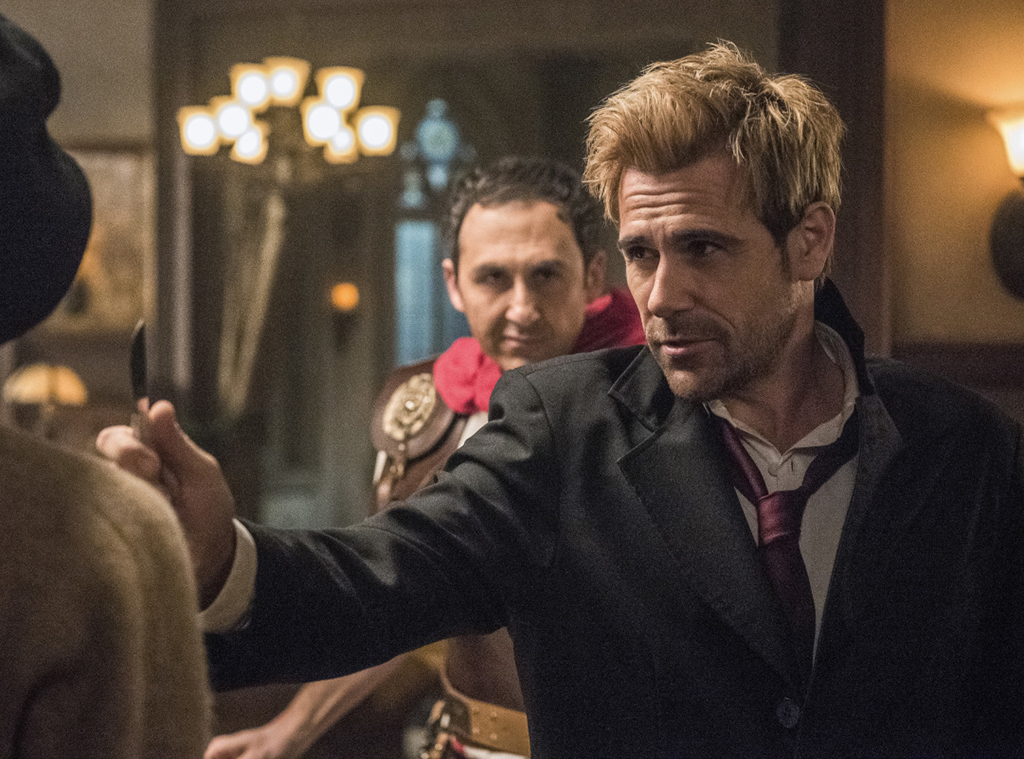 On Zari Losing Her Brother

"Zari, Not Zari" ended with the death of Behrad, Zari's brother. He had also died in the original timeline, which led Zari 1.0 to taking over his totem and joining the Legends. Now Zari 2.0 has to deal with that mourning, though she's currently got a long way to go before the acceptance stage.

"I think the experience that she had in meeting 1.0 kind of gave her a glimpse of the strength that she has in her and maybe hasn't harnessed, and the death of Behrad has awoken that. As we see her exploring that, she comes up against Constantine, who is someone who's underestimating her I think at every turn. And she has a very different skill set than 1.0, but she has a skill set that she's very good at, actually, I think she now has a purpose driving her forward. She is so determined to get her brother back and is very much trying to push her grief down." 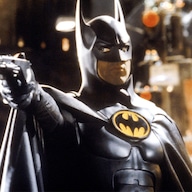 Right now, Zari is absolutely convinced that the loom will be able to bring Behrad back, since she doesn't really see another option.

"We see her coping in the way we've seen Zari 2.0 cope. She's doing it her way, as it were. But there's now kind of a bottom to her through the experience of losing Behrad and meeting Zari 1.0. I think it's gonna ground her as the season progresses."

Stay tuned for more from Ashe on Zari's love life and the future of the loom situation, after you've seen tonight's episode.

Legends of Tomorrow airs Tuesdays at 9 p.m. on The CW.