E!’s Moms in the Moment: How Kelly Rowland's Son Titan Turned Her Into the Ultimate Entertainer 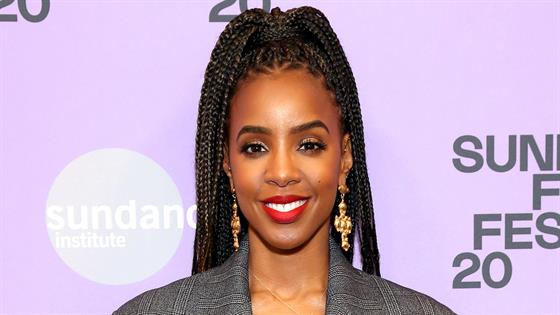 With some 17 tours under her belt, both as a solo artist and part of a little group called Destiny's Child, Kelly Rowland has performed for millions throughout the course of her nearly 30-year career. But it's her current audience of one that's leaving her feeling wiped.

"It's definitely been a challenge," she says of tending to 5-year-old Titan, her son with husband of nearly six years, Tim Witherspoon, "because of the fact that he's an only child and me or his father are, you know, his entertainment."

Thankfully, they've proven to be solid duet partners, crafting a daily schedule that incorporates his home schooling lessons, their various Zoom sessions and work calls, plenty of recess in the backyard and juuuust enough time for the 39-year-old to steal away for a mini "spa" session in her bathroom. "It's just trying to find a balance," says the musician, who managed to release her latest single "Coffee" in the middle of everything.

She serves up her best secrets.

So almost a year ago, my son says, “Mommy, I want to cut me hair”. And honestly, I thought I was ready......I was not. He looks like such a big boy! So here he is my Young King TITAN!

Try a little play therapy
That may have not been the Los Angeles-based singer-songwriter's intentions when she and Titan started playing with a track set in their backyard recently, but she was thrilled with the results. "What I found interesting was the more we played, the more he talked. Like, the more he started sharing how he was feeling," she reveals.

Though she and her husband had filled him in on the basics ("We told him about school. We told him about not being able to see his friends for awhile,") over the course of two hours, he went on about close pals and what activity he'd love to do when they could leave the house. "It was almost like our play time was therapy for him. And he just started talk, talk, talk, talk, talking," says Rowland. "It was one of those golden moments with your kids where you just feel like nobody else exists in the world but you two. And we've had those moments a lot in this quarantine time." 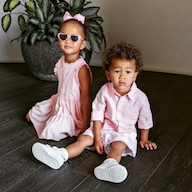 Get creative with school work
Starting with a roughly 9 a.m. breakfast and practice writing his name, Rowland blocks out her son's schedule into 15- to 20-minute increments, alternating between a learning activity and free-play or outdoor recess.

But to keep Titan engaged, she mixes up the educational moments. "He sometimes help me make lunch. Or we'll do something where we'll bake cupcakes or cookies," she says. His favorite job is pouring, "because I tape off the parts of the cup right now for him to fill it up to that amount. And then I ask him, 'What's the number next to it?'" And, et voilà, instant math lesson. 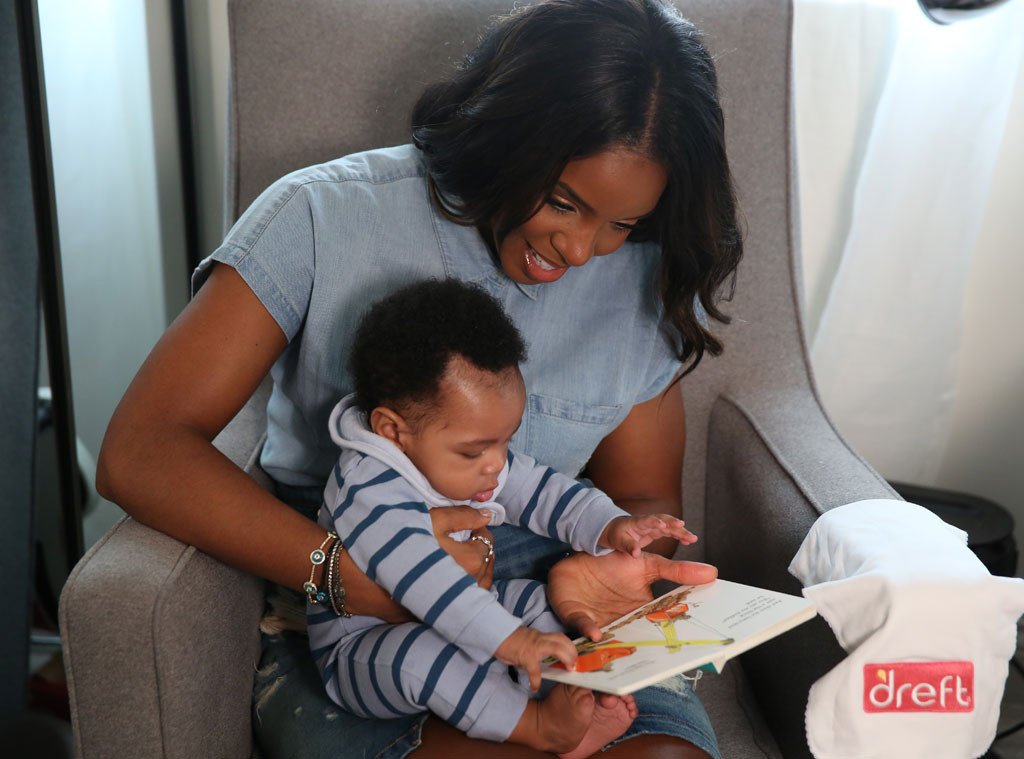 Make gym class work for you
Though Witherspoon tends to take the lead here, determined to turn their kindergartner into a future golf pro, the Fabletics designer handles the warm-up. "I do my workout, just, like, push-ups and sit-ups and jumping jacks and moving in place and this and that. And Titan is doing it with me because his dad is warming him up for his golf lesson," she says.

On occasion they'll even take their show on the road, enjoying a ride through the neighborhood (while maintaining proper social distance, of course). "It is interesting how Titan enjoys it when it's the three of us outside and we're working out together," she notes. "We'll ride bikes or scooters together, come back and they do golf and I work out and it just works out." Set a screen time strategy
When his "school day" ends at about 3 p.m., "I let him do what he wants to do," says Rowland. That usually means reaching for the iPad. "With him is it has to be timed. Because if it's not timed, he gets so locked in to where when it's time to take it away, he becomes, like, his head starts spinning around, he has horns coming from his head. He becomes a totally different person," she describes.

While she tries to limit it to 30-minutes or an hour, "Sometimes, and I'm not going to front, sometimes it gets longer because that's just the kind of day that we've had," she says. "So I don't judge myself and I don't allow anybody else to judge me." (A heart round of applause for that, BTW.)

Her surefire trick to ease him away from the technology is to transition into another activity he enjoys. "I think as long as kids feel like they're doing something next that is bonding the two of you, they're good," she reasons. "I give him a five-minute warning. And then I'm like, 'After that, I really want to read the dinosaur books.' He's like, 'Yesss!' So it's just about, you know, keeping them happy." 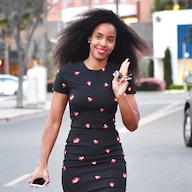 When necessary, embrace the chaos.
That's what was on the agenda after her phone call with E! Having snagged a fort set awhile back on Amazon, she informed Titan of the plan at breakfast. "So we're building this fort today that we're so excited about and pulled out all the sheets in my house—Lord, have mercy," she shares. Once it was up, the plan was to add lights to create the perfect reading nook for some dinosaur books: "I'm just as excited as he is because the box just looks so cool."

“Everything the light touches is our Kingdom”

Play to your strengths
Obviously, the four-time Grammy winner has a bit of a leg up here, but crafty parents can swap her singalong sessions for art class while finance wizards might embrace time tables. For Rowland, it's all about music education. "He knows all of A Tribe Called Quest—I'm so proud," she says of the Tidal sessions that have them searching out "clean hip-hop" options. "And, of course, Uncle Jay." (That'd be, ahem, Jay-Z.)

Sometimes he'll play piano with Dad ("It's really cute," gushes Rowland) but one of their latest lessons saw him take on the role of critic. "I said, 'I'm going to show you something and I need you to be honest with me,'" she shares of giving him a sneak preview of the "Coffee" music video. "He watches it and as soon as it goes off, he goes, 'Mom, you look really pretty,' and told me what he liked and asked me about the horse in the video." Her toughest critic appeased, she says, "He likes it, so I'm happy." 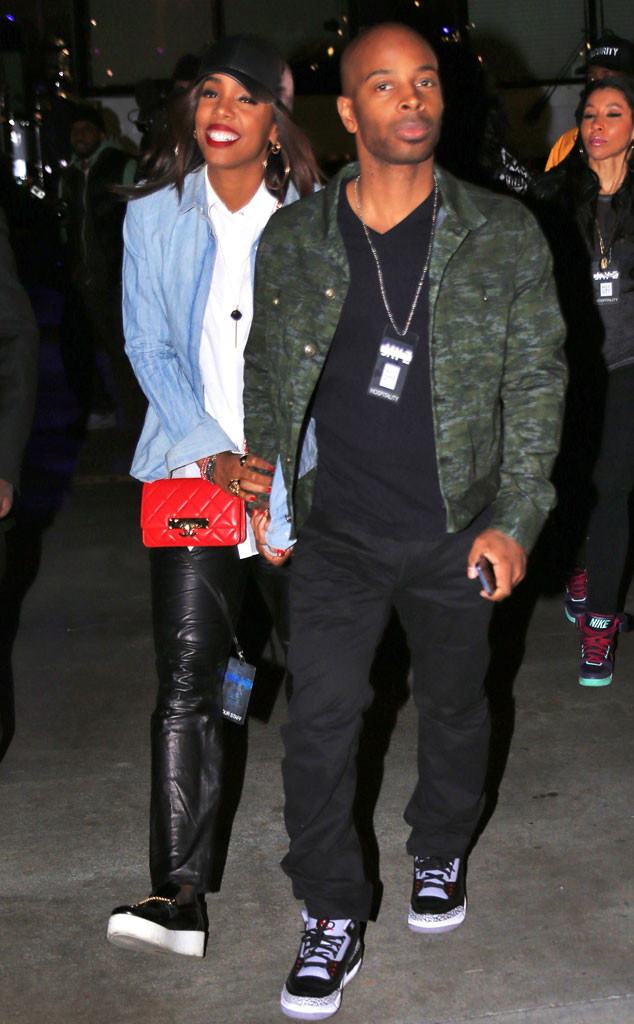 Lean into independent play
Even at five, Titan "has his moments where he's like, 'I need some time to myself,'" reveals Rowland. (Hey, we all need some solitude!) Usually that finds him reading up in his room or tapping into his natural creativity.

"I watch his imagination go HAM. Like, completely HAM," she raves of those let-kids-be-kids situations. "I'll be in the next room and I'm like, 'Tim, who is he talking to?' He was like, 'To Rex.' I said, 'Who the hell is Rex?' He's like, 'Rex, you know, from Toy Story.'" Listening to her little man have "a full-on conversation" with his toy dinosaur, she felt equal parts impressed and appreciative: "I just felt like, cool, I don't mind. In this moment that I need to put this mask on my face to feel a little cuter today, I don't mind him talking to Rex."