Does this experience sound at all familiar: You're trying to set up a teleconference and you can see the other person, but can't get the audio to work. Or only one of you can hear the other. Eventually, despite this having worked fine just yesterday, you end up taking out your phones to make the conversation happen.

That was the case when Stephen Colbert was trying to get Daniel Radcliffe on the line for what The Late Show has become in the time of the COVID-19 pandemic—an entirely at-home production.

As in, the host is at home, the crew is at home and the guests are at home.

But such is the situation that all of the late-night hosts have found themselves in amid this still-unfolding crisis that has left millions of people out of work, others risking their health to show up for work and the luckiest of the bunch able to do their work from home.

Whether you never miss an episode (or the clips the next morning) of your favorite show or you can only handle politics these days filtered through a comedic lens, late-night TV has been a pop culture staple for over half a century for a reason.

Nowadays there are more options than ever, and it's impossible to keep up with all of them every day, but we're used to at least always having myriad options to entertain us. Kind of like how sports is usually always there for us. 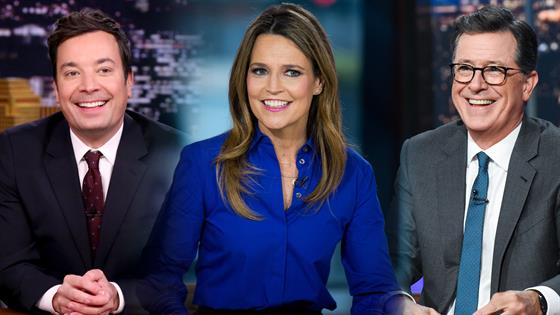 Right now, however, most of the entertainment world is at a standstill due to the threat of the highly contagious novel coronavirus. Athletes and late night hosts alike attempted to ply their trades in empty arenas and studios, but that was a short-lived experiment before professional sports and mass gatherings of any kind were shut down.

So, it's been most soothing to find that the folks who are used to coming out and being funny, creative, informative, warm and endearing in front of a live studio audience are pressing on remotely, be it from a rustic abode in upstate New York, a Manhattan apartment or a Los Angeles mansion equipped with a wood-burning pizza oven.

Most of the usual late-night shows returned to their respective networks with new episodes at the end of March following a brief hiatus that was pre-scheduled for some and due to the pandemic for others (especially Andy Cohen, who was recovering from COVID-19)—necessary breaks either way, it turned out, to regroup and figure out this new format. (The Late Late Show With James Corden didn't come back until April 13, but weeks prior Corden hosted the CBS special Homefest from his own hastily assembled studio out in the garage.)

"He's in your house nightly, so welcome to his," went the teaser for Jimmy Kimmel Live From Home, featuring Kimmel managing the usual tomfoolery and celebrity interviews from his den. 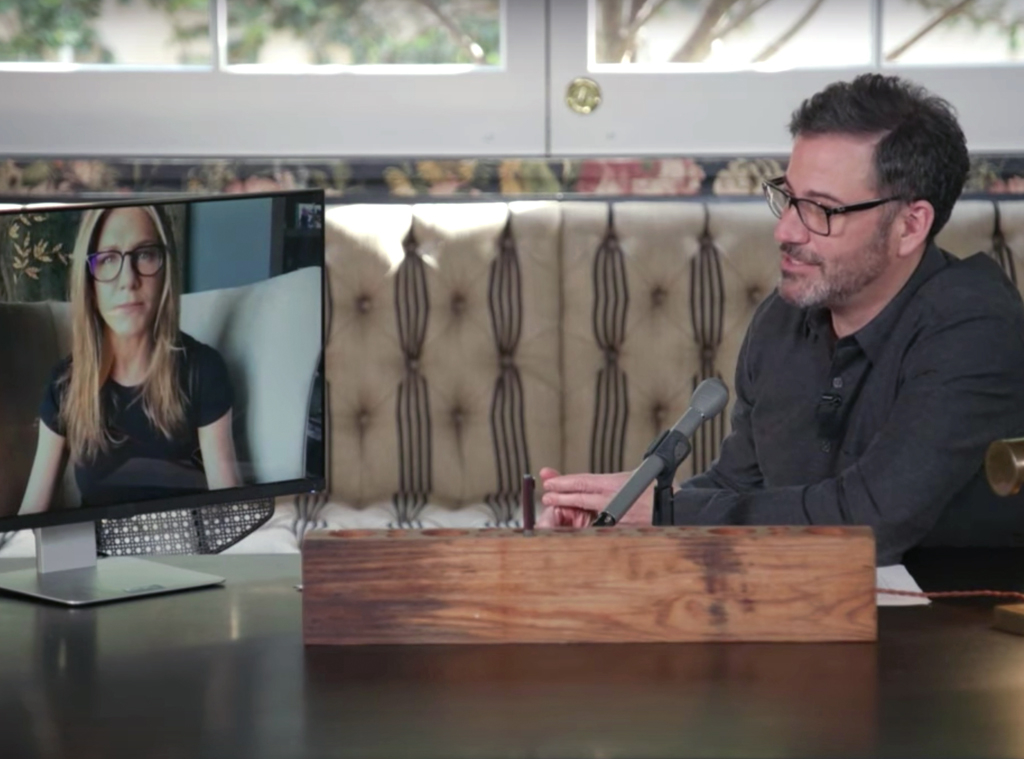 Now we have monologues delivered into the void without audience laughter to collectively get us in the mood (as John Oliver said on Last Week Tonight, which he's taping in front of a stark white wall at home in New York, he started his career doing stand-up in England so he's used to his jokes being met with silence); audio that doesn't always match up with the lips moving onscreen; homemade signs; and spouses and kids serving as grips and makeup artists.

In turn, moments have occurred that would be impossible on some normal show with a flashy set and the usual slick-production parameters. (Though Colbert did fire off some swears one night to make sure that the CBS censors weren't asleep at the switch—and they were not.) 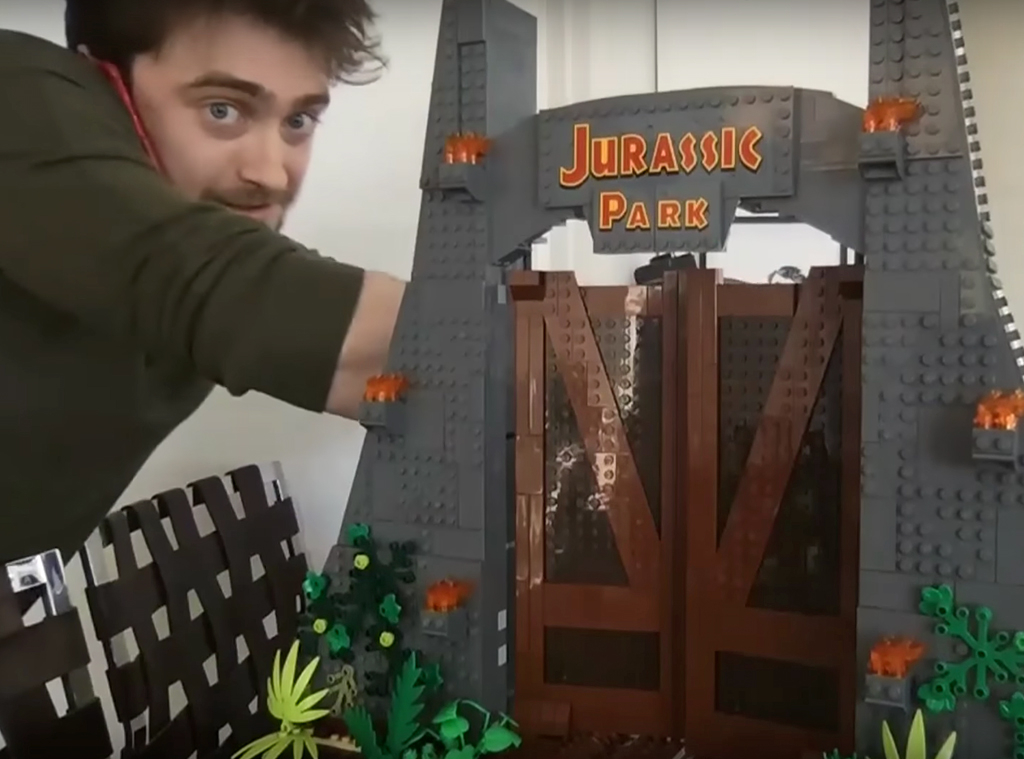 For instance, after they got the audio sorted out, Radcliffe showed off the Jurassic Park entrance he'd built entirely out of LEGOs, complete with a T-Rex lurking behind the doors. Jesse Eisenberg talked to Conan O'Brien from an RV in Kansas. Jimmy Fallon had a heart-to-heart with his wife on a walk and, a few nights later, interviewed his dog.

Lady Gaga was supposed to break news with Fallon on April 1, but when he got her on the phone she asked if he wouldn't mind bumping their FaceTime chat to April 3. Then she called back and said Monday, April 6, would actually be better for her.

None of this is normal—in fact, much of it is quite weird—but it is nice to have something going along as it usually would, even if the finished product is literally homespun.

Most comfortingly, the respective hosts' personalities still shine through, and Fallon, with his kids playing video games in the background next to the indoor slide; Colbert with his cocktails in front of the bookshelf; and Cohen with his clubhouse-for-one are as organic an offshoot of their regular show personas as you could want. 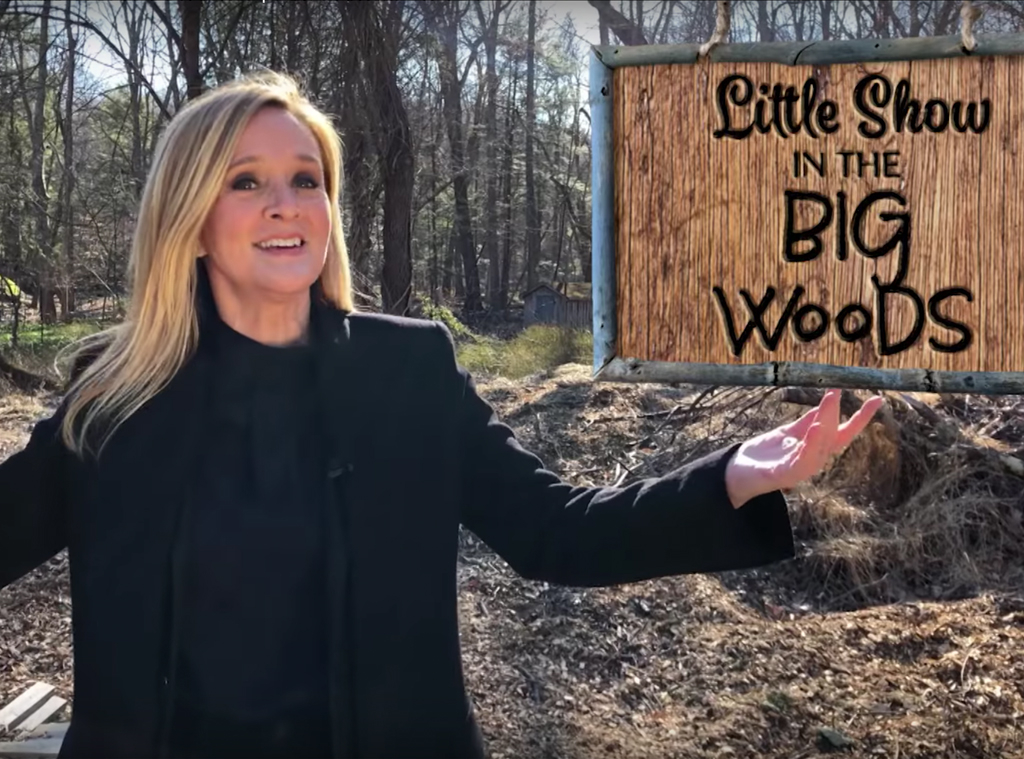 Samantha Bee, recording Full Frontal in the woods outside her home in upstate New York where she's hunkered down with husband/cameraman Jason Jones and their three kids, is still bothering to look polished from head to toe (funny how that works), while an unshaven Trevor Noah is taking advantage of his apartment's sweatshirt dress code while he video-chats with his correspondents and in-demand guests such as Dr. Anthony Fauci and California Gov. Gavin Newsom on The Daily Social Distancing Show.

Colbert started out in at least the top half of a suit and tie (even when he was shooting online-only monologues from the bathtub) before switching to a more casual button down and blazer duo. Even when playing The Late Show in and out in his bathrobe, Jon Batiste remained one of the sharpest-dressed men on TV. Kimmel's wearing a button-down, but may have stopped brushing his hair. And Seth Meyers, true to form, looks like the most clean-cut guy in the writers' room—as you would want to be when you're interviewing Sen. Elizabeth Warren.

But even when they're dressing down, phoning it in has never taken so much work. 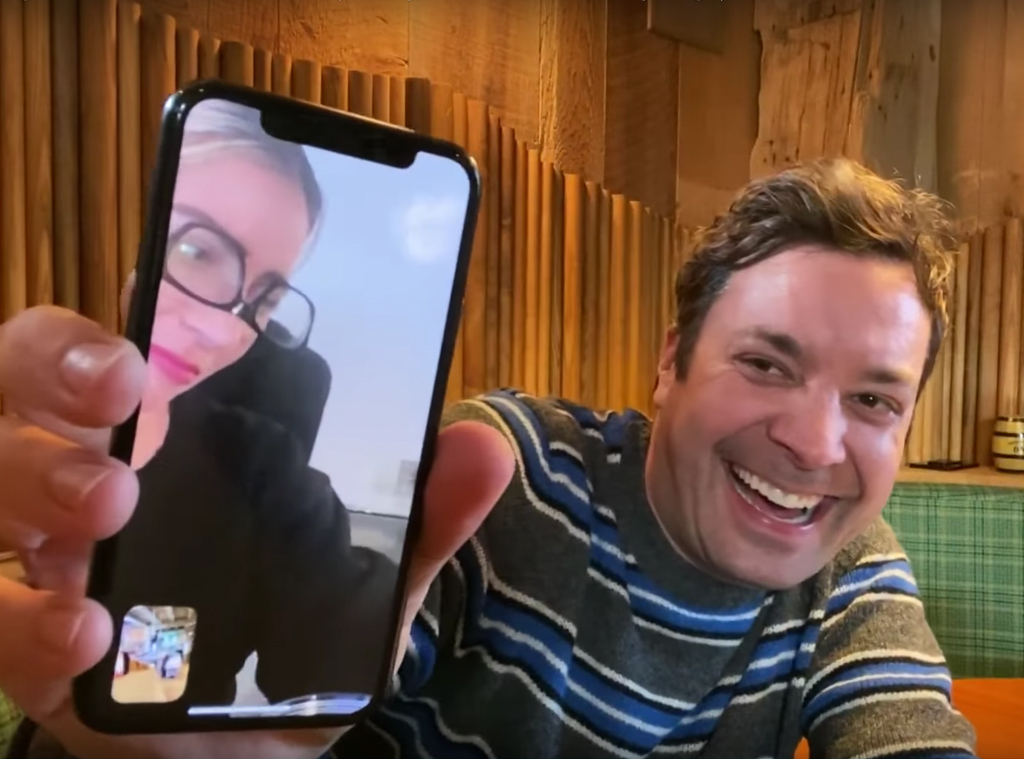 "We have to write, produce and record everything much earlier in the day because, since everyone is home, the post process takes much longer," said Daily Show executive producer Jen Flanz told The Hollywood Reporter.

"Instead of watching the final show edit in the control room or an edit bay," she explained, "we're now screening final show edits on FaceTime held up to an editor's home computer screen. It's super janky, but it works." 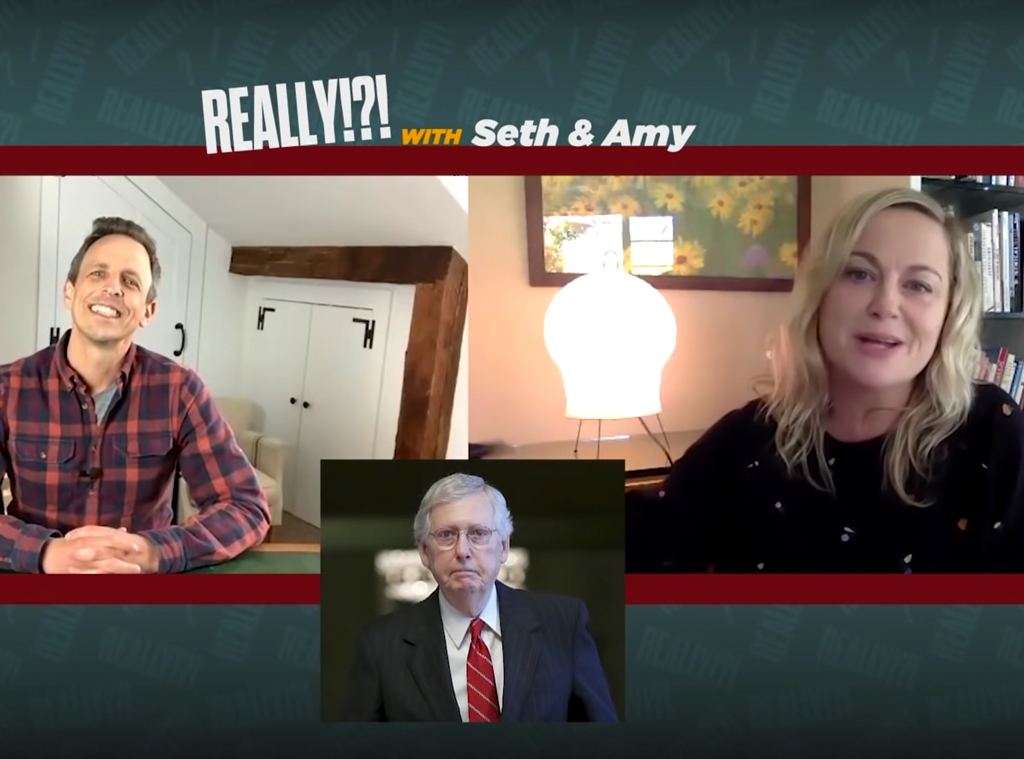 It really does. This format may not be sustainable forever (Fallon isn't climbing the walls yet, but he is climbing trees) and there is a subtle air of melancholy to these proceedings, no matter how delicious Ryan Reynoldscan't help but still be, even from a questionable camera angle, or how funny and charming Julia Louis-Dreyfus (Kimmel) Tina Fey (Tonight Show) and Amy Poehler (Late Night) are under any circumstances.

But what we're seeing night after night is a bunch of dedicated people doing their darndest to put on a show, pushing aside their own anxieties for a few hours so that they can assuage ours.

Anxiety and fear being a few of the things not in short supply right now.

As it turned out, however, Lady Gaga's news was worth waiting for. She announced during a World Health Organization press conference on April 6 that she and Global Citizen had helped raise $35 million in a week to go toward COVID-19 relief efforts.

Separate, but together in spirit.

E!, Bravo and NBC are all members of the NBCUniversal family.