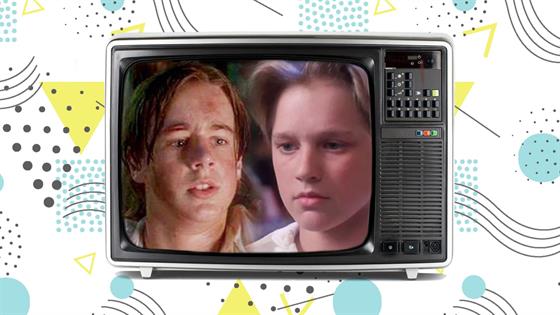 Now Playing
Up Next
Have You Seen Devon Sawa or Sean Murray Lately?

A friendly ghost, a Dawson's Creek star and Stifler walk into an airport...

No, that's not the set up for a bad '90s-themed joke, it's one of the opening scenes of Final Destination, with the horror movie celebrating its 20th anniversary.

Released on March 17, 2000, Final Destination went onto become a surprise hit at the box office, with the film about a group of teens trying to avoid Death after cheating him by not getting on a doomed flight going on to gross over $110 million and kick start a five-film franchise.

Initially pitched as an episode of The X-Files and directed by James Wong, the first Final Destination film brought together a bunch of the biggest stars in young Hollywood, including Casper star Devon Sawa (aka one of the '90s biggest' teen idols), Dawson's Creek's Kerr Smith, Varsity Blues breakout Ali Larter and Seann William Scott aka American Pie's iconic Stifler.

But only one of those names returned in any of the four follow-up films. 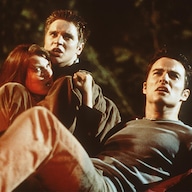 Find out what the stars of the OG Final Destination are up to now...and who might be returning for the next installment: 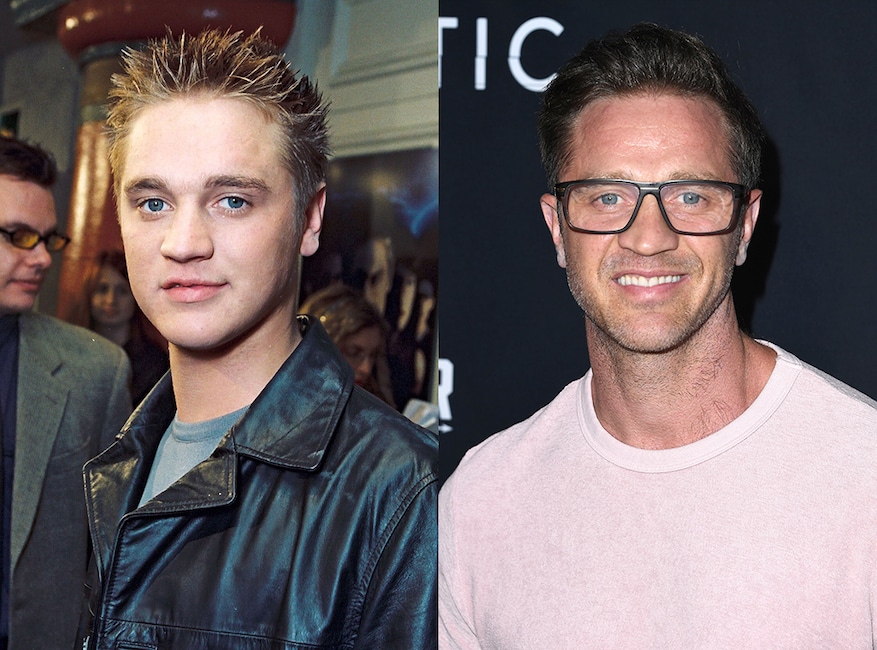 One of the defining teen heartthrobs of his generation, Sawa's Final Destination leading role as Alex Browning came after hits such as Casper, Now & Then and Little Giants made him a star.

The same year he cheated death, Sawa infamously played "Stan" in Eminem's music video, before taking a bit of a break from Hollywood. In 2010, he made his return in the CW series Nikita. Most recently, he starred opposite John Travolta in The Fanatic and he's expressed interest in returning to the Final Destination franchise.

"If you were in Vegas right now laying some big money down, I wouldn't put it on me coming back, but of course," he told MovieWeb. "I've watched every one of those movies since they've come out. But I think the ship has sailed."

Sawa, 41, and his producer wife Dawni Sawa, who have been married for six years, have two children—Hudson, 6, and Scarlett, 3—and he recently made headlines for a faux-feud with fellow '90s idol Macaulay Culkin 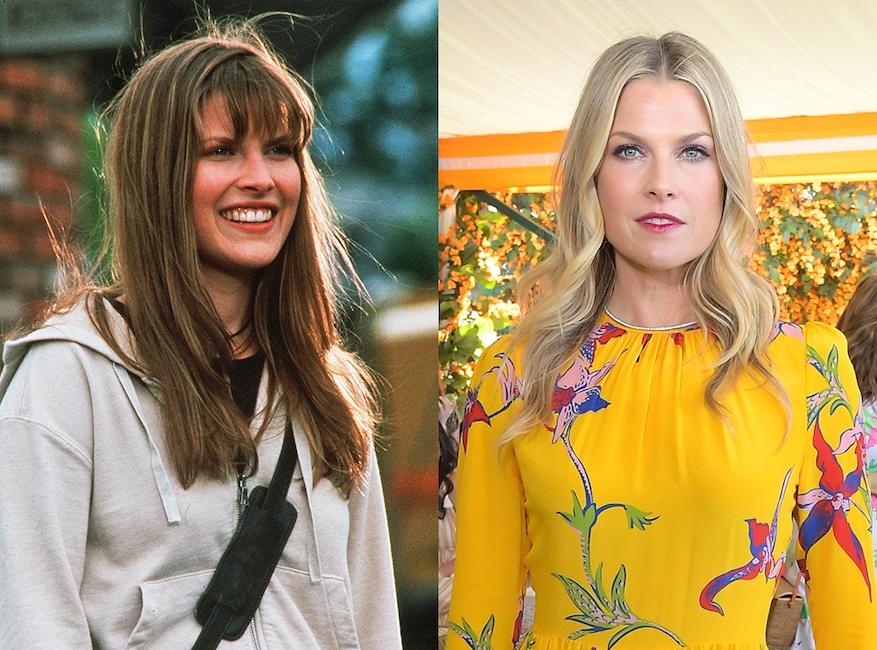 Clear Rivers was in the clear...at least in the first film, as Larter was one of the only stars to reprise her role in the 2003 sequel. (Spoiler alert: she doesn't make it out of this one alive.)

After starring in the first film, Larter landed the role of Brooke Taylor Windham, the fitness guru accused of murder, in Legally Blonde opposite Reese Witherspoon, and starred in Jay and Silent Bob Strike Back.

In 2006, Larter took on the dual role of Niki and Jessica in NBC's hit superhero drama, Heroes, later adding a third character to the mix. While Heroes was airing, she also starred in Resident Evil film series and infamously battled Beyonce for Idris Elba in 2009's Obsessed.

Larter, 44, has been married to her longtime love Hayes MacArthur since 2009, with the couple going on to welcome their son Theodore in 2010 and their daughter Vivienne in 2015. She's an avid cook and released her own cookbook in 2013. 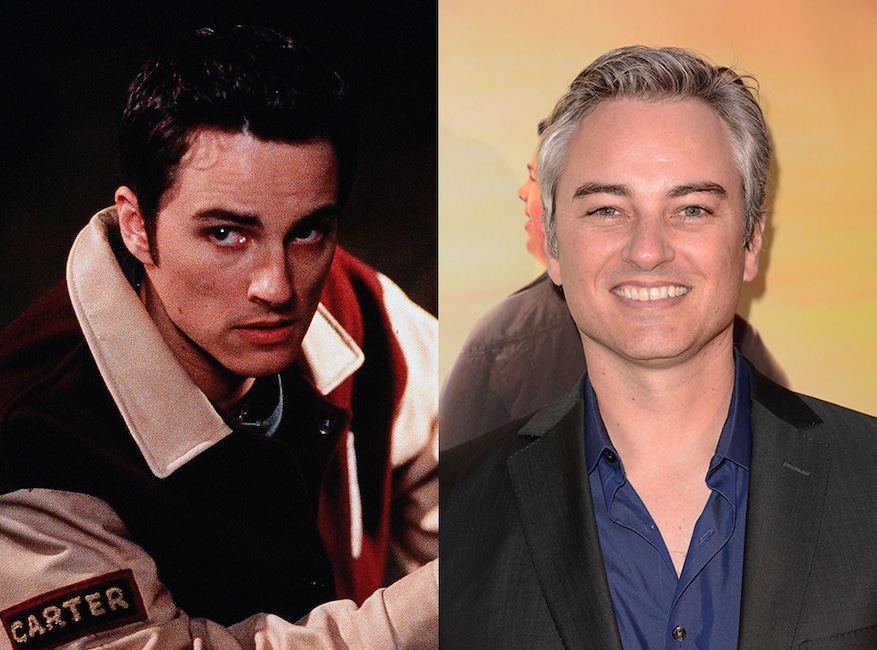 Known for playing the lovable Jack McPhee and delivering one of the landmark moments for the LGBTQ community on Dawson's Creek when Jack kissed another man, a first on primetime TV, Smith went against type when he played the a--hole jock Carter, who happened to make it to the end before becoming Death's final victim.

After Dawson's Creek ended its run in 2003, Smith has starred on the CW's Life Unexpected and Freeform's The Fosters, and guest-starred on NCIS and CSI: NY. He's currently playing the principal on Riverdale. Fun fact: Smith was the latest person to be pranked on MTV's Punk'd!

In 2003, Smith, 48, married Harmoni Everett, though they later went on to divorce in 2007. Since then, he's remarried and started a wellness business, TerraLife Wellness, with his wife, Lisa.

Just one year after becoming the breakout star of American Pie as the debaucherous Stifler, Scott took on the supporting role of the nerdy Billy Hitchcock in FD in 2000, the same year his stoner hit Dude, Where's My Car?, which also starred Ashton Kutcher, came out.

Scott continued his streak of movie roles with Road Trip, Jay and Silent Bob Strike Back, Bulletproof Monk, Role Models, and the Dukes of Hazzard, as well as continuing with the successful American Pie film franchise.

In 2018, Scott made his TV debut, joining Fox's Lethal Weapon after star Clayne Crawford's high-profile and dramatic exit from the series. 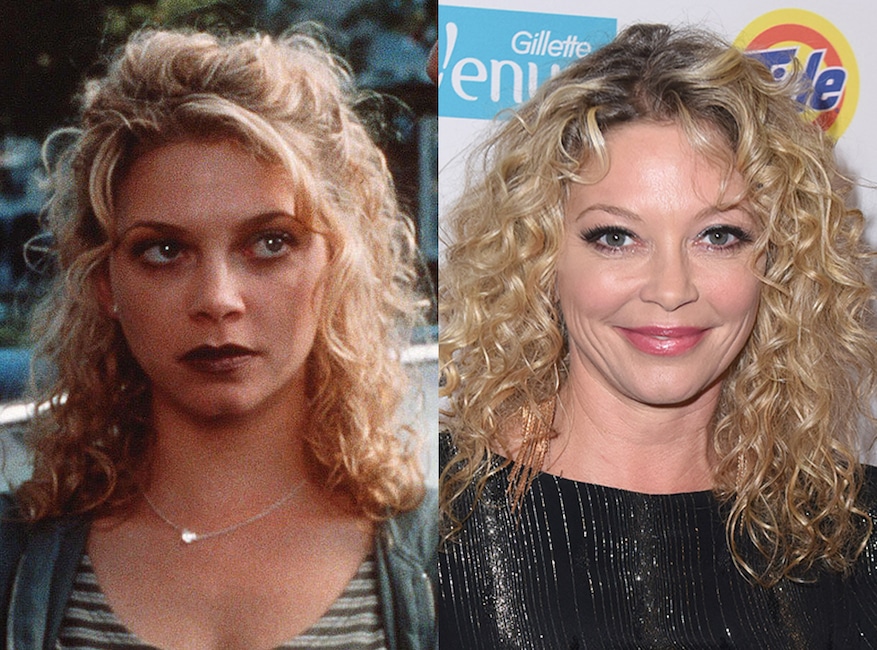 After her character Terry was ran over by a bus after breaking up with her boyfriend (and you thought your breakup was rough), Detmer landed supporting roles in films such as Saving Silverman, Boys and Girls, Big Fat Liar and You, Me and Dupree.

In 2006, she starred on the shortlived series What About Brian and has made appearances on series like The Vampire Diaries, Two and a Half Men and is currently on the final season Empire. She's married with two children, a son and a step-daughter, to Jeremy Votava.

Detmer, 48, was arrested on charges of DUI in December 2019, TMZ reported. 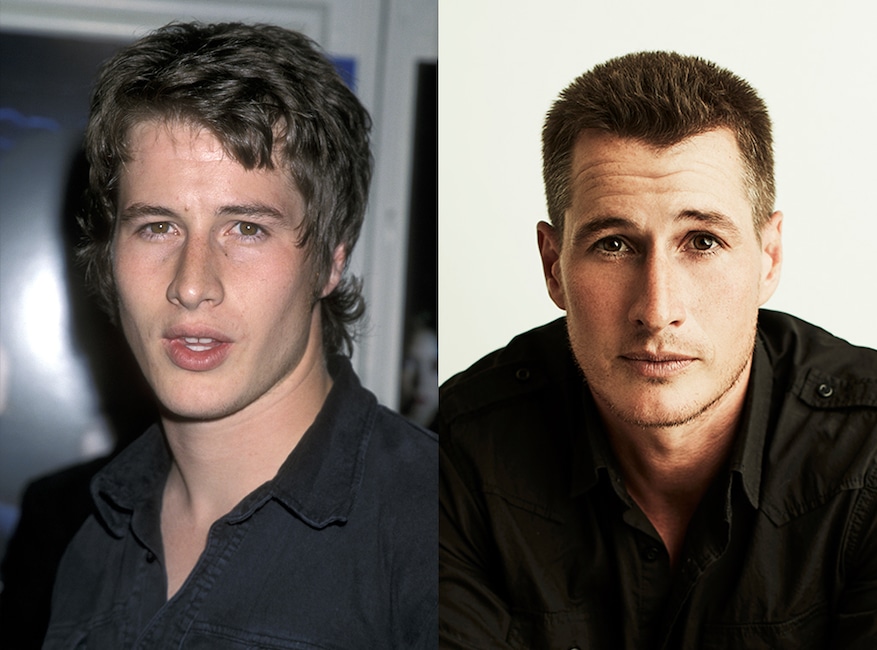 The Roswell star's jock character George was sadly one of the many casualties on the doomed plane, Flight 180.

After Fehr's hit WB alien drama Roswell ended in 2002, he went on to recur on several hit shows, including Bones and CSI: Miami. And from 2014-2017, the 42-year-old starred on NBC's medical drama The Night Shift.

In 2006, Fehr married Jennifer Rowley and the couple has since welcomed three three daughters: James, 11, Ellison, 9, and Ondine, 7. 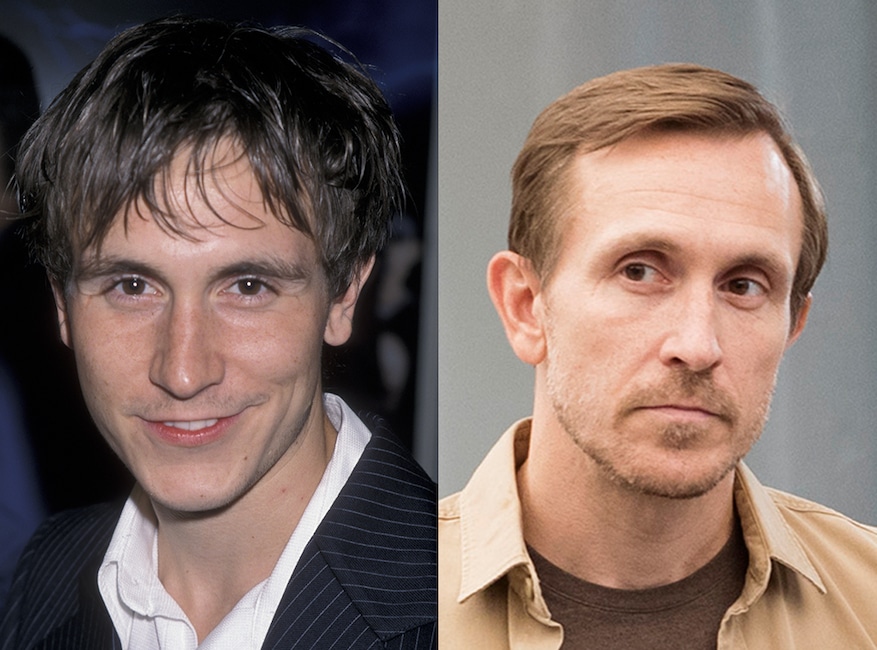 Donella had the honor of being Death's first victim when Tod was strangled to death by a shower cord, with the actor telling Digital Spy, "It's pretty gnarly...I remember someone telling me the original cut was so long and gruesome that they had to shorten it – it was too much for people to deal with. It was a lot of fun to shoot."

After Final Destination, Donella, 41, went on to appear in hit shows like Smallville, Lost, Castle, Bones, Scandal, Blindspot and more. He's been married since 2007 to Joni Bertin. 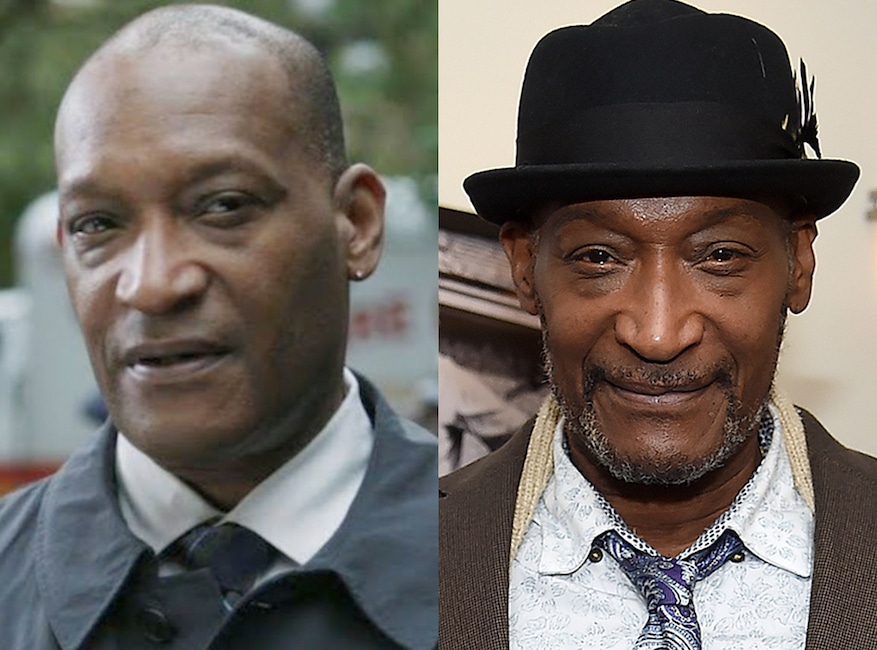 Todd has starred in three of the franchise's films as William Bludworth, the owner of the funeral home who knows a lot about Death. Thanks to his iconic turn as the Candyman in 1992's horror hit Candyman and deep voice, Todd seems to be the obvious choice for the role. But the actor told Digital Spy, "I don't think I was first choice. I think it was offered to someone else. And they passed and I got it and I became part of the franchise."

In addition to his three outings as the mortician, Todd, 65, has guest-starred on many hit shows, including The Flash, 24, Riverdale and Chuck, while continuing to appear in films and lend his legendary vocals to projects.

And later this year, he's set to reprise the role of the Candyman in the highly anticipated direct sequel of the '92 film. 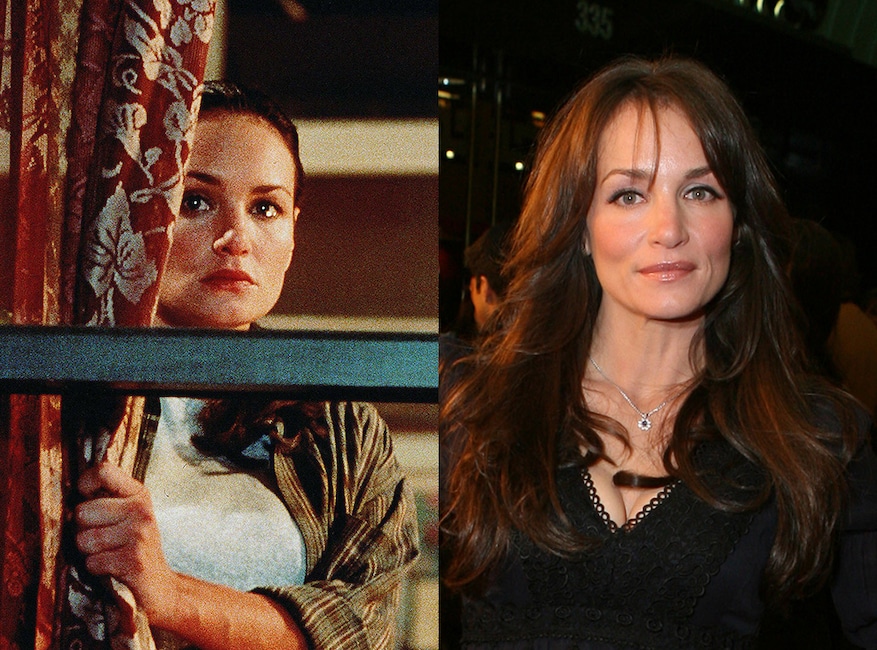 Poor Ms. Lewton! Cloke's teacher character failed to make it out alive, dying via a kitchen knife. In 2006, Cloke starred in another horror film, Black Christmas, and had a supporting role in 2017's Ladybird.

Cloke, 51, wrote an episode of The X-Files in 2018 and has been married to Glen Morgan, who wrote Final Destination and produced The X-Files, since 1998, and the couple has four children. 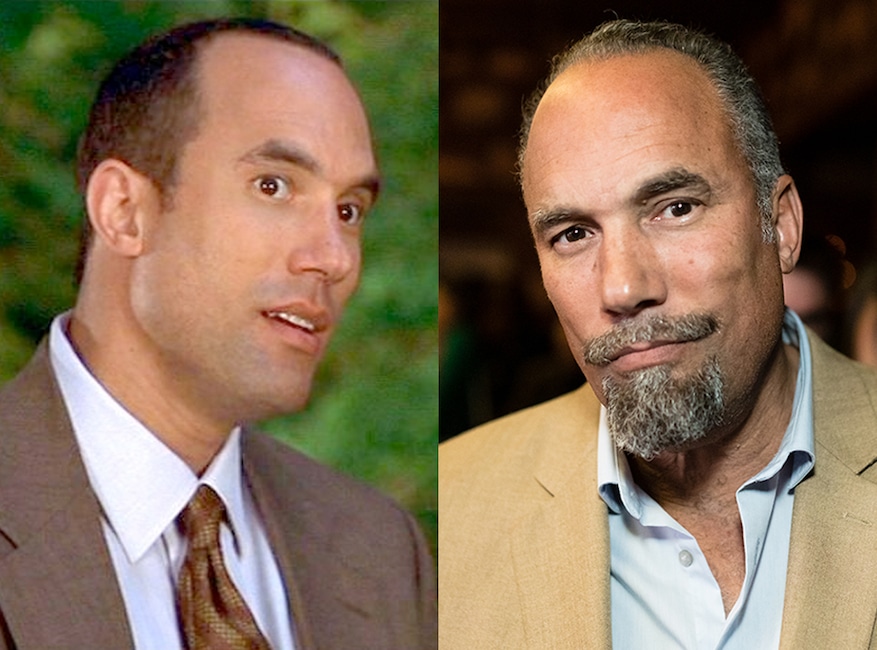 The actor, writer and director played Agent Schreck in the horror film, and Smith has gone on to star in many films since its release, including American Gangster and The Birth of a Nation. He has a close working relationship with Spike Lee, who has directed numerous movie adaptations of Smith's one-man stage shows, including A Huey P. Newton Story.

Smith is married to LeTania Kirkland the couple has three children together, with the 64-year-old actor also having a daughter from his first marriage to Carolina Smith.

In the mood to watch? Final Destination is available to stream on Netflix.