The world is mourning a legend.

On Monday, people gathered around the Staples Center in Los Angeles to celebrate the life of Kobe Bryant and his 13-year-old daughter, Gianna Maria-Onore Bryant.

The father-daughter duo passed away last month in a tragic helicopter crash in Calabasas, Calif. Seven others were also on board the aircraft, however, there weren't any survivors.

Today, Bryant's family, friends and fans remembered his legacy and impact at the public memorial service, including his wife Vanessa Bryant, Beyoncé, Alicia Keys and so many others.

Michael Jordan, who called the late Lakers icon his "dear friend" and "little brother," honored him with an emotional and heartwarming speech.

In fact, the 57-year-old star joked that his crying would soon be turned into another meme, which lightened the mood and made the crowd laugh.

"I'm grateful to Vanessa and the Bryant family for the opportunity to speak today," Jordan began his speech, with tears streaming down his face. 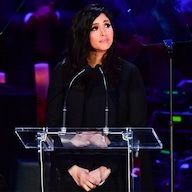 "I'm grateful to be here to honor Gigi and celebrate the gift that Kobe gave us all...," he said. "What he accomplished on the basketball court, as a businessman, as a father, in the game of basketball, in life, as a parent, Kobe left nothing in the tank he left it all on the floor."

"Maybe it surprised people that Kobe and I were very close friends... Kobe was my dear friend. He was like a little brother, everyone always wanted to talk about the comparisons between he and I. I just wanted to talk about Kobe... all of us have brothers and sisters," he continued. "He used to call me, text me... Talking about post-up moves, footwork." Jordan explained that the late Lakers legend was an "inspiration" and someone that he "truly cared about." He also paid tribute to him as a father, husband and athlete.

In turn, that drive and passion really struck a chord with Jordan. 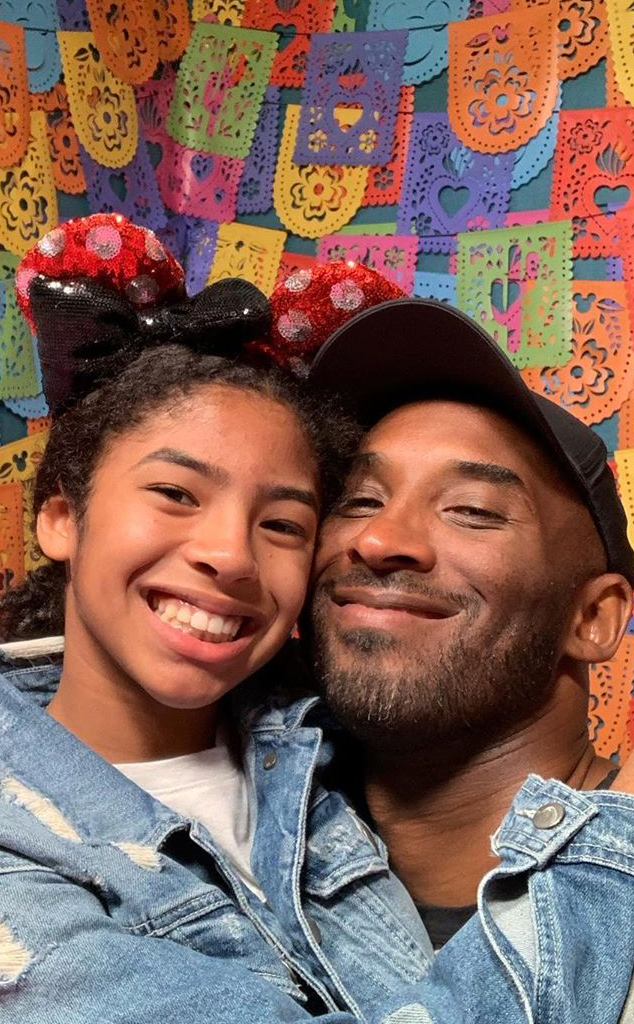 Lightening the mood, Jordan paused and joked he would soon be "another" meme on the internet.

"Now I'm going to have to look at another crying meme," he said, as tears flowed down his cheeks. "I told my wife I wouldn't do this because I didn't wanna see that for the next three or four years, but that's what Kobe does to you."

"He knows how to get to you in a way that affects you personally," Jordan continued. "Even though he could be a pain in the ass but he always, you had this sense of love for him in the way that he could bring out the best in you and he did that for me."

"Now I'll have to look at another crying meme...THAT is what Kobe Bryant does to me." - Michael Jordan. He's not wrong. 😂❤️ #TwentyFourever pic.twitter.com/1kQ8W4a90h

Closing his speech, Jordan expressed that we must all "live in the moment."

"No one knows how much time we have, that is why we must live in the moment, we must enjoy the moment, we must reach and see and spend as much time as we can with our families and friends and the people that we absolutely love," he said. "When Kobe Bryant died, a piece of me died and I know a piece of you died or else you wouldn't be here. Those are the memories that we have to live with."

He shared, "From this day forward, I will live with the memories of knowing that I had a little brother that I tried to help in every way I could. Please rest in peace, little brother."

To honor Kobe and Gianna's legacy, the Mamba and Mambacita Foundation provides opportunities to young people through sports. For more information or to donate, please click here.