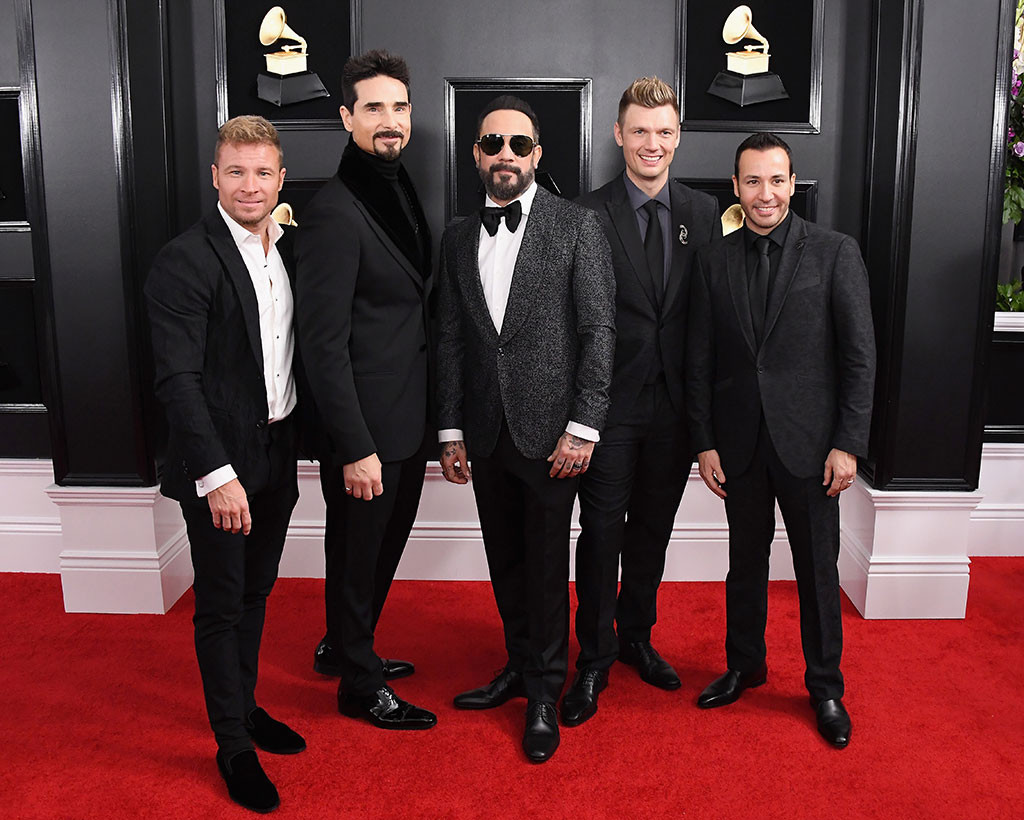 Quit playing games with our hearts!

On Tuesday, one lucky man's proposal was made larger than life thanks to the Backstreet Boys. During their visit to Good Morning America, ‘90s heartthrobs Nick Carter, Brian Littrell, Kevin Richardson, AJ McLean and Howie Dorough treated one lucky audience member, who was actually sporting an old school BSB concert tee, to a romantic a capella performance of their song "I'll Never Break Your Heart." But, little did she know, their sweet serenade was actually part of her soon-to-be fiancé's epic plan to propose to her.

Leading the girl from her seat to the end of the Valentine's Day-themed stage, the Backstreet Boys continued their swoon-worthy performance while her boyfriend waited in the wings to pop the question. As the famous boybanders wrapped up their throwback ballad, the fan's partner emerged from backstage and got down on one knee to ask her an important question. 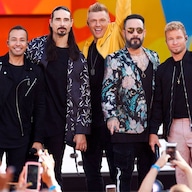 Secrets About the Backstreet Boys

"Priscilla, I love you and I want to spend the rest of my life with you," he said as he opened the ring box. "Will you marry me?" Fighting back tears, the woman of the hour gave her fiancé a nod and they shared an adorable hug as the GMA audience and the Backstreet Boys cheered them on.

The @backstreetboys helped us pull off an EPIC surprise proposal with an acapella version of “I’ll Never Break Your Heart” ❤️ pic.twitter.com/Qt5FNQvtv5

Carrying out a heartwarming proposal on live television wasn't the only surprise that the Backstreet Boys had in store for the newly-engaged couple. After celebrating the momentous occasion, they gifted the future husband and wife tickets and backstage passes to their upcoming Hollywood Bowl concert.

Still on the topic of romance, BSB dished on how they'll be spending Valentine's Day this year. First up was Nick, who welcomed his daughter Saoirse Reign with wife Lauren Kitt back in October. "It's gonna be a little different this year, for me particularly, ‘cause I'm in love," he said. "I have a brand new baby girl, so I'm gonna celebrate with her and my wife, obviously."

SURPRISE! The newly-engaged couple got an early #ValentinesDay gift with tickets to the @backstreetboys tour in Hollywood! ❤️ pic.twitter.com/2h8A8qt4xR

For Howie, the singer revealed that he won't be able to celebrate the holiday with his wife Leigh Boniello due to his busy schedule, but he assured his bandmates that he's already arranged for something special to arrive on the February 14.

Next up was A.J., who couldn't help but gush over his talented 6-year-old daughter Ava Jaymes: "I'll be at a dance competition in Anaheim for my oldest daughter—who actually last week, she won a scholarship, which means her next competition is all paid for. Yeah, she's super stoked. Love you, Ava. Congrats, baby!" 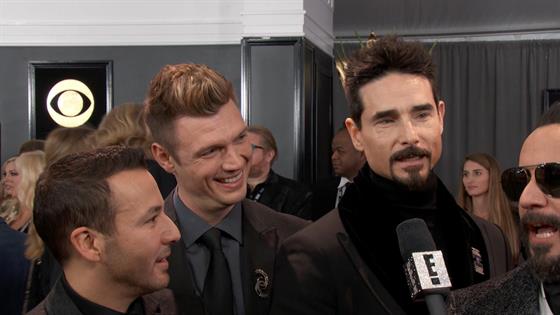 As for cousins Kevin and Brian, the duo shared that this Valentine's Day marks a special milestone with their significant others Kristin Richardson and Leighanne Wallace, respectively.

Brian shared, "The cool thing about Kevin and I is that we're family, but we're also celebrating 20 years this year with our wives." Kevin chimed in with his plans, "Just chillin' with the kids and the wife and the family, we're getting ready to hit the road in a week."