Watch Dr. Phil Live Out His Dream of Being a Contestant on The Price Is Right 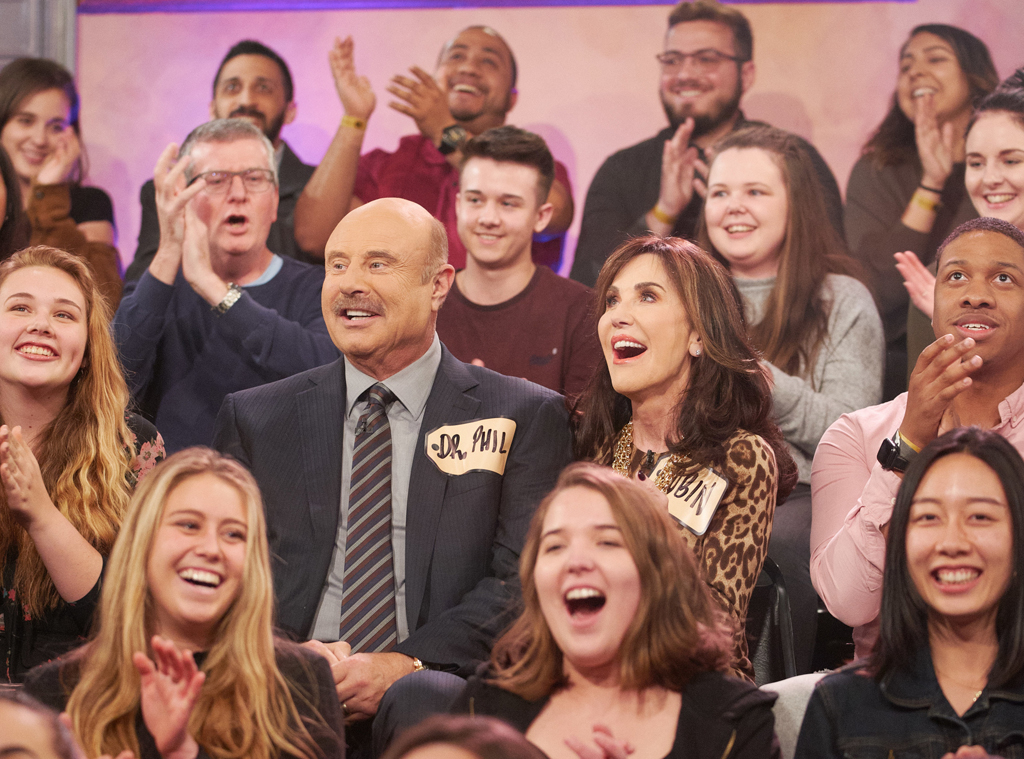 Dr. Phil and Robin McGraw, come on down!

Everyone has a favorite show. For Dr. Phil and his wife, Robin, it's The Price Is Right. During an appearance on Monday's The Late Late Show with James Corden, the daytime TV staple talked about his love of the classic game show. As it turns out, Phil and Robin love the show so much, they spent their honeymoon 43 years ago sitting in the audience hoping to be chosen as contestants.

Luckily for them, James Corden's late-night show films in the same building, and the host planned a little something special for them. As Corden said, "Tonight, we're going to give you a second honeymoon."

Then pulling out one of the classic yellow name tags, the host went on, "We've spoken to the people at The Price Is Right. They have very, very kindly lent us one of the actual games from the show, so you head up to the audience and we'll see if you get chosen."

Of course, they were chosen. And they got all the joy walking on down to the stage.

As James, sporting black thick-rimmed glasses and a long, thin microphone a la Drew Carey, asked the couple, "Now, tell us: where are you from, and what do you do for a living?"

As Phil hilariously replied, "Well, we're from Texas, actually, and I don't do sh*t."

Turning to Robin, James asked what she was hoping to take home from the game.

As she joked, "My new husband, and every prize you have to offer." And it turns out those prizes weren't make-believe.

Behind a blue curtain was an infrared sauna! To win the steamy prize, Phil and Robin would have to win a game of Cliffhangers, which Robin noted was her absolute favorite. The rules were simple: they had to guess the prices of three every-day items, the items being hairspray, a wet/dry handheld vacuum and a pressure cooker.

As the Cats actor explained, "Every dollar that you're off, the higher the mountain climber goes. If he doesn't fall off the cliff, you will win the sauna. If you don't, you will have his death on your conscience."

Poking fun at himself, Phil said of the salon-quality product, "I don't think I've ever used hairspray," then adding, "I use polish. I use head polish."

Robin took matters into her own hands by guessing it cost $20, and she was only $3 short! Next up was the dust buster, which the couple predicted was $45. And the price was right! It was indeed, $45.

The last item was the pressure cooker. As James elaborated, "This is it! You need to be within $22. If you are, you will win the sauna and the yodeler lives another day. If he goes off the edge, you will have to go from the studio straight to the police."

As the daytime host joked, "I feel like I'm in a pressure cooker now." He then guessed the cooker cost $60. He was $20 off, but luckily for him and Robin, that wasn't enough for the yodeler to fall off the mountain. They won!

Of course, they weren't actually getting the sauna, as James said it had to be given right back to The Price Is Right. But they did get a lot of joy!