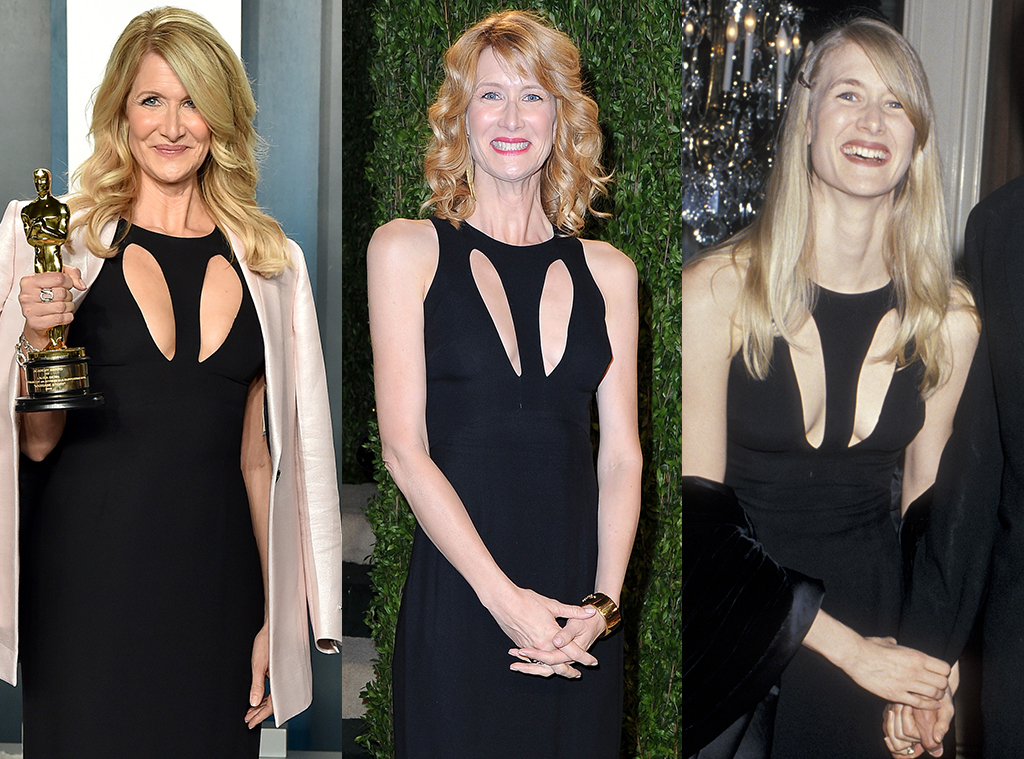 If it ain't broke…

On Sunday, Laura Dern stunned at the 2020 Vanity Fair Oscars After-Party, where the Marriage Story star proudly showed off her Best Supporting Actress Oscar. Not only was this a celebratory moment for Dern, but it also marked an iconic and important fashion moment for her as well.

To attend the star-studded event, the 53-year-old donned the same custom Armani Privé gown that she wore in 1995—and it still fits like a glove! Making a statement with its daring cut-outs at the bust, Dern paired her favorite LBD with a pink blazer to party with her fellow nominees and winners, proving that a dress this amazing will never go out of style.

When the timeless gown made its first debut, the star had worn it to the Sheba Humanitarian Awards Gala honoring Whoopi Goldberg. Joined by then-boyfriend and Jurassic Park co-star Jeff Goldblum, she styled the edgy dress to better suit the time period and opted for a black velvet shawl and pinned her long blonde hair to one with a chic barrette. 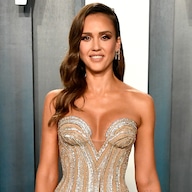 In fact, Sunday night wasn't the first time that the Big Little Lies star has worn the gown to the Vanity Fair party. Back in 2013, she also rocked it to the famous after party following the 85th Annual Academy Awards. A true nod to the 2010s, Dern accessorized the look with a chunky gold bracelet and matching drop earrings. When it came to her glam, she opted for natural-looking complexion makeup, a bold lip and wore her signature blond hair in tight curls.

Dern wasn't the only star that took a walk down memory lane with their wardrobe at the 2020 Oscars. Best Picture presenter Jane Fonda proudly recycled the ruby red Elie Saab gown that she wore in 2014 to Sunday's show, solidifying her stance against climate change and honoring her vow to stop shopping. In addition to re-wearing the designer dress, Fonda also toted her Fire Drill Friday red coat as she took the stage to announce the nominees.

Reflecting on the night, the Grace and Frankie star shared a snapshot before heading to the Oscars and revealed that her sparkly Pomellato accessories featured "responsible, ethically harvested gold and sustainable diamonds."

Now Playing
Up Next
2020 Oscars Weekend: Everything You Missed

Taking a cue from Dern and Fonda, Elizabeth Banks also re-wore one of her favorite gowns to the Vanity Fair party. "It's gorgeous and it fits...so why not wear it again!?" she said of the fiery Badgely Mischka dress that she originally wore to the 2004 Vanity Fair Oscars party.

She continued, "Proud to wear my @badgleymischka dress that I first wore to @vanityfair #oscars party in 2004, re-imagined with @wendiandnicole, to bring global awareness to the importance of sustainability in fashion and consumerism as it relates to climate change, production & consumption, ocean pollution, labor & women."

The trio of outfit repeaters were also joined by Arianna Huffington, who re-wore her leather and lace 2013 Vanity Fair after party gown this year as well. "As you probably know, I am a big fan of #repeats," she shared on Instagram, along with a side-by-side picture of herself from both events. "When you own something you love, wear it again and again. It saves time, money, mindshare and the environment!"