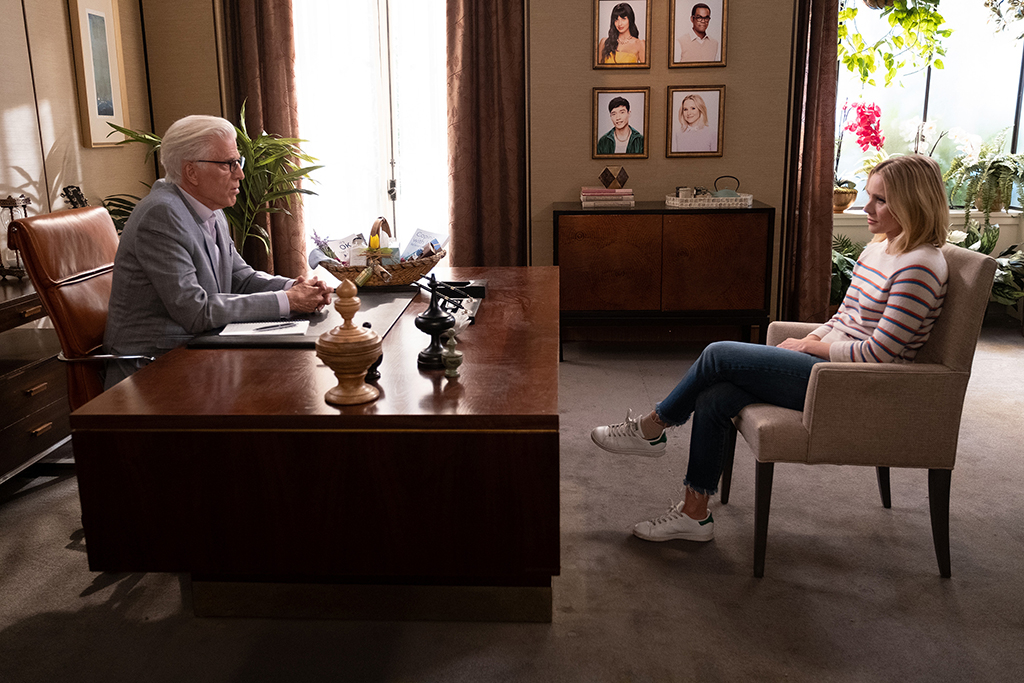 Well, they Six Feet Under'd us.

After last week's episode of The Good Place, which reconfigured the afterlife into an infinite paradise that you could leave and move on from whenever you decided to, we had a feeling that the only way the finale could go was towards that door.

Sure enough, within the first few Jeremy Bearimys, Jason finally played a perfect game of Madden with his dad and informed his girlfriend Janet that he was ready to go. He DJ'd his own goodbye party and performed with his dance crew one last time, and then sat down on the bench that's conveniently right beside the door to wait on, until you're ready. 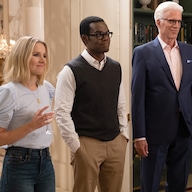 It Doesn't Matter How The Good Place Series Finale Ends

Tahani almost went through the door after finally getting the time with her sister and parents she always wanted, until she realized there was a different future in store for her. She then went to work with the architects, with a special bowtie gifted to her by Michael.

When Eleanor realized Chidi's time was almost up (because he was reading The Da Vinci Code), she panicked. She took him to Athens and to Paris, and begged him to stay with her since she wasn't ready to go yet. He agreed at first, but then she realized she couldn't ask him to do that.

She instead asked him to leave before she was awake, and when she woke up, there was an incredible Chidi calendar waiting for her on his pillow. 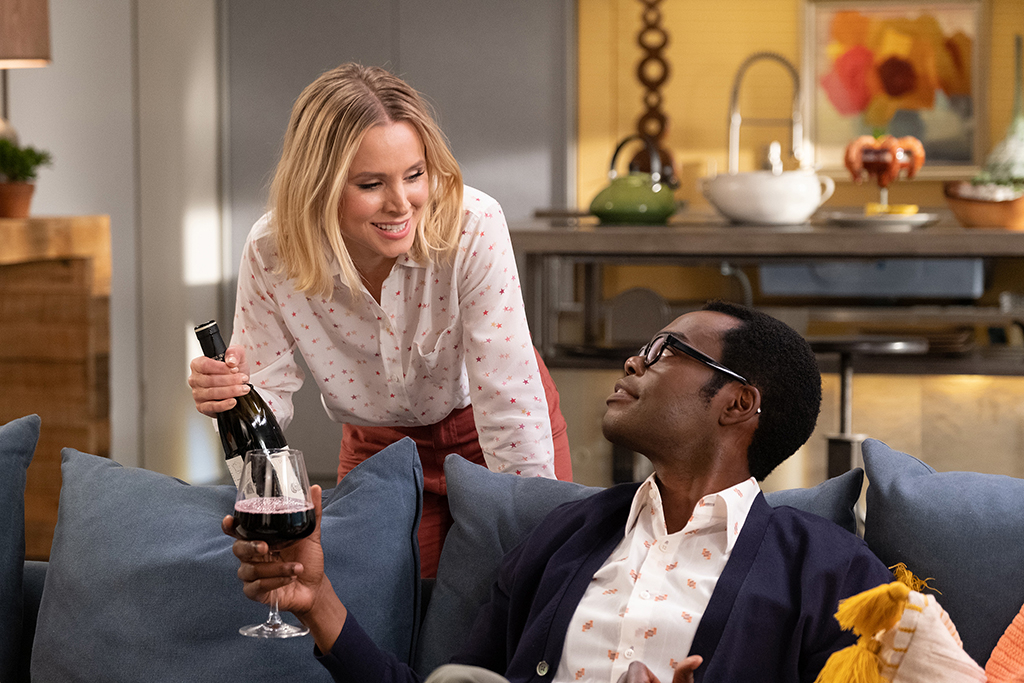 Eleanor wasn't ready to go yet, and she couldn't figure out why. First she thought she needed to help Mindy St. Clair, and she convinced the queen of the Medium Place to take the test, as soon as Tahani was certified as an architect.

That didn't fully work, but she realized what she had to do as soon as she saw Michael try and fail to go through the door. She begged the judge to make Michael human, and she finally agreed. Janet was allowed to turn Michael into a human named Michael Realman, with enough money in a bank account to not go hungry but not become entitled.

He then went to go live his best life on earth, having parties, making friends, getting a dog named Jason, and taking guitar lessons from Mary Steenburgen, Ted Danson's real-life wife. 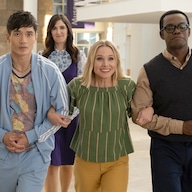 After So Many Jokes, The Good Place Delivered One Final—and Excellent—Friends Surprise

The guy first threw out a piece of mail that wasn't his, but with some guidance from the little light, he instead took the mail to its actual recipient, Michael. It was a coupon for Coyote Joe's, and it made Michael happy as fork.

Like we said, we had a feeling we'd spend this finale watching the gang play out the rest of their afterlives before we watched them move on, and it really was exactly what we needed to see. It was like an hour of therapy that was desperately needed this week, and we couldn't ask for more.

Goodbye to The Good Place, a show unlike any other.

The Good Place aired on NBC.