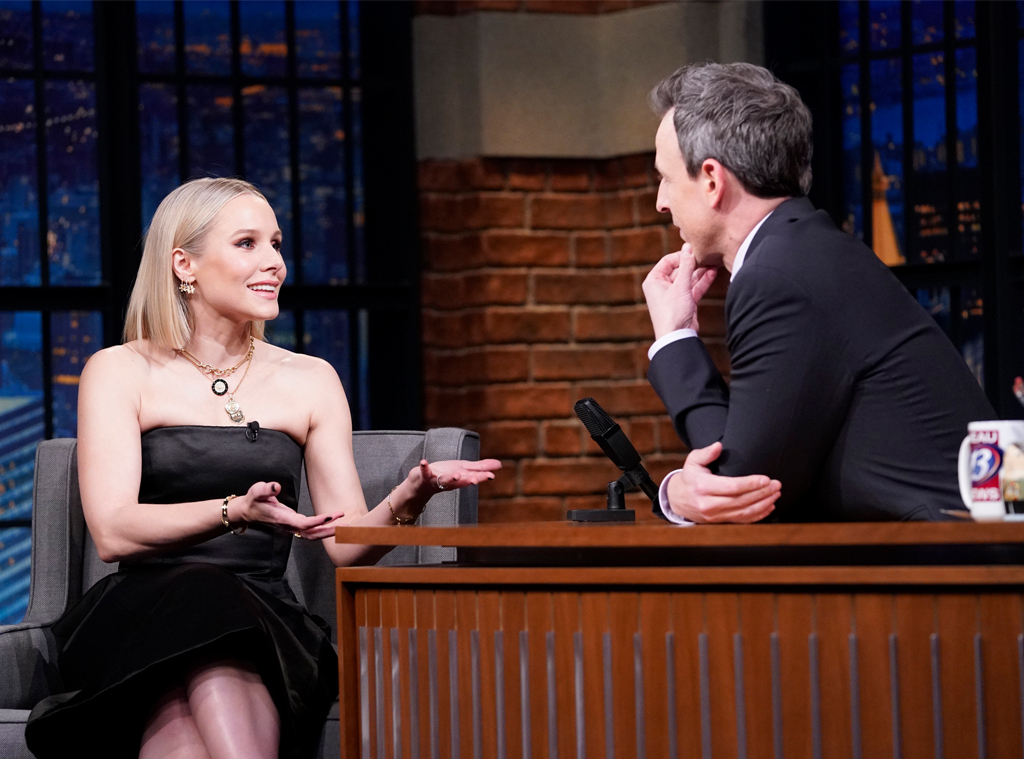 During her visit to Late Night with Seth Meyers on Wednesday,Kristen Bell revealed the "beautiful" and hilarious way her daughter wanted to say goodbye to her grandfather after he passed away. After explaining that her little one had adapted a "practical sense about the world" due to her and husband Dax Shepard's honest approach towards parenting, she shared that her daughter expressed interest in helping to bury him.

"Their grandfather was dying—and he's already passed, but while he was dying, my little girl was in the back and said, ‘So when papa dies…Are we gonna come to Oregon with you?'" The Good Place star, who is mom to Lincoln, 6, and Delta, 5, told host Seth Meyers. "And I was like, ‘Yeah, you'll come.' And she was like, ‘Okay. Do I need to bring my shovel? Because I have a garden set.' And I said, ‘Why would you pack your shovel, honey?' She goes, ‘Well, I want to help bury him. Where do we do it? The side of the house? Or…' Like, so practical and wanted to help."

"And then I had to explain to her that we, you know, we don't bury him on the side of the house because it's not legal," Kristen continued. "But she genuinely wanted to, like, bury her grandfather and I thought there's something oddly beautiful about that. She's a younger member of the family contributing to an older member's peaceful passing on."

She joked, "Some people could say she's a sociopath, but I'm not going down that route."

Before telling her heartwarming story, the Frozen 2 star shared how she and Dax handled teaching their children about death, which led to another adorable anecdote.

"Our daughter, when she was five said, ‘Am I gonna die?'' Kristen explained. "And we both, like, the air got sucked out of the room and we were like, ‘This is it. What do we do? There are so many roads. Like, do we make up a story? Do we say we don't know? Do we say we know and then actually not know?'

She continued, "And we just said, ‘Yes, you're gonna die.' And she went, ‘Ugh.' And then we said, ‘And we really don't know what happens when you die. You may just become flowers.' And she went, ‘Okay.' And we were, like, so relieved because we did make a commitment never to lie to them." 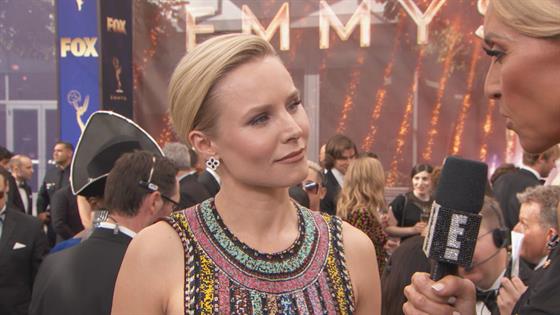 Switching gears, Kristen and Seth talked about how she's feeling about the ending of The Good Place. Once she acknowledged showrunner Mike Schur's vision for the trajectory of the show, the actress revealed the pertinent metaphor its 4-season run represents.

"He always had an idea of how it was going to end," she said. "I don't think any of us foresaw it happening so quickly…He figured out what the ending should be and he thought, ‘We could draw it on forever and some people might taper off.' But it's also a little bit of a metaphor about the human experience. That it's over too soon and leaves you wanting a lot more."

Catch the series finale of The Good Place on Thursday, Jan 30 on NBC.