Never underestimate the power of music.

Long before Nicky Jam earned 35 million Instagram followers, scored major roles in films like Bad Boys for Life and climbed the top of the charts with his hits, the artist was just a guy hoping to reconnect with a special family member.

In a powerful interview in E! News' digital series Just the Sip, Nicky opened up to Justin Sylvester about his journey growing up in the industry. In fact, he explained how music helped build a special relationship with his mother.

"At first I was just doing music to have fun but I never would have thought I was going to make it this far. It was just some therapy for me to feel good because I was going through a lot of situations," he explained in an exclusive interview. "I almost didn't see my mom for almost 20 years and my dad was a fugitive so he was scared of contacting my mom because my mom was a drug addict. You never know what's going to happen."

Nicky continued, "Most of my life, I was trying to be famous, do music to see if my mom could listen to me and see me. My mom got deported to the Dominican Republic. It's a hard story."

Missed an Episode of Just the Sip? Watch all the Revealing Interviews Here

It's a hard story, but a story with a happy ending. In 2015, Nicky traveled to the Dominican Republic for a concert. When visiting, he had the chance to reconnect with his mother.

"When it happened, it was like a movie moment. My bodyguard was like, ‘There's this woman outside. She's fighting with everybody saying she's your mom and she wants to see you.' Then I go outside and when I go outside, I see my mom fighting with everybody and automatically, I knew it was her because I remembered her voice," Nicky recalled. "We hugged and that was it. From there, we never separated again."

He continued, "It was something I was waiting for my whole life. I wanted to be famous to find my mother and it worked."

Since then, the mother-son duo has been able to build a solid relationship worth celebrating. At the same time, Nicky is the first to admit that growing up without a mother had its struggles.

"I was a rebel. I didn't care about nothing," he shared when discussing his past battle with drugs. "I didn't have my mom and the only girl that I fell in love with, I lost her, so in my mind and my mentality, I didn't care about anything. When you're using drugs, your life doesn't really matter. Your mind is blank."

Today, life is good for an artist who continues to celebrate the success of his latest album Intimo. In fact, everything that happened in his past has helped bring him to the great place he is at today. 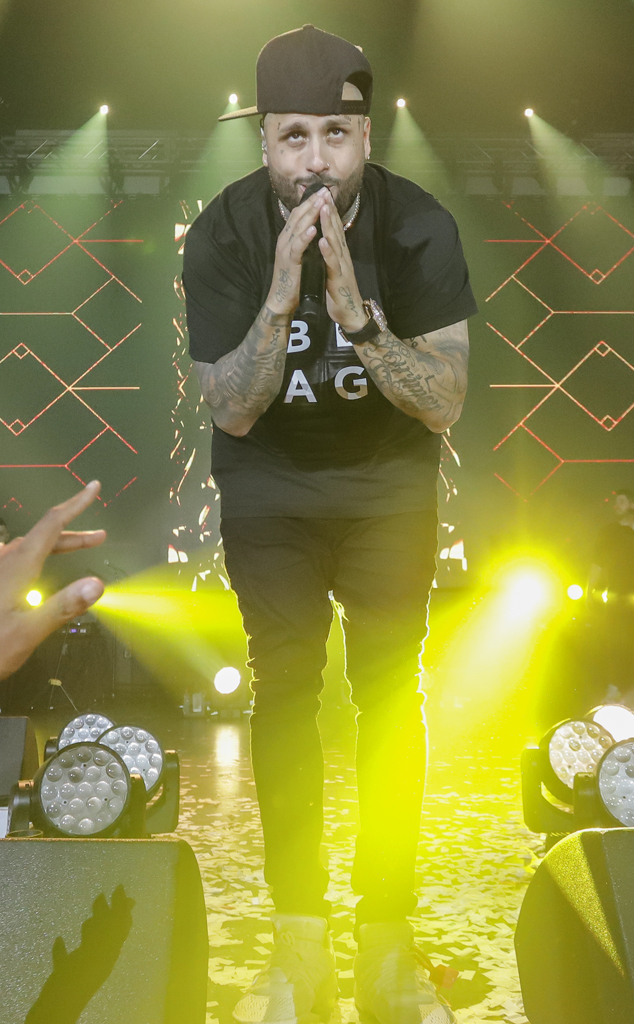 "I'm grateful for everything that God and my people have given me. I'm always humble about it and always working like I'm about to lose everything," he shared. "That's what makes me successful and that's what is making me get all these good things and having a good attitude about everything."

Nicky continued, "Back in the day, every bad thing that happened to me happened because I had a really bad mentality. Once you have good energy, you bring good stuff to you and when you do good, good stuff will come to you."

Bad Boys for Life is in theatres now. And pick up the movie's soundtrack featuring tracks from Nicky Jam.