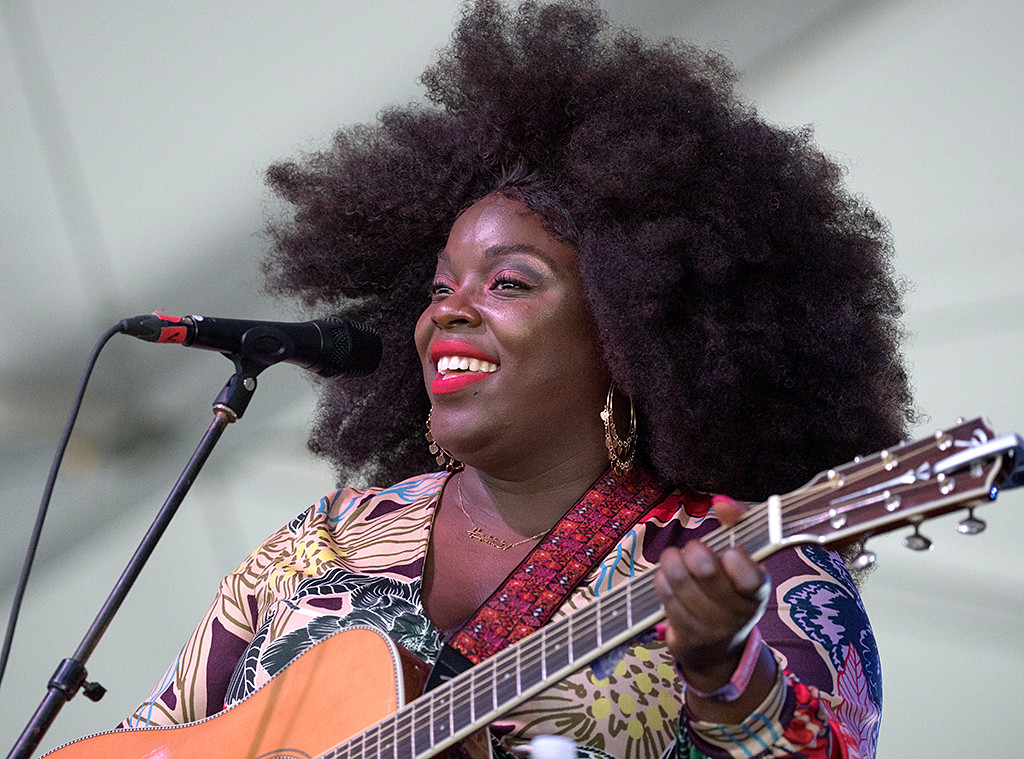 It's been one helluva year for Yola.

The English singer-songwriter born Yolanda Quartey who performed as the lead singer of band Phantom Limb from 2005-2013 released Walk Through Fire, her debut album, on February 22, 2019. And once the world got a taste of her unique blend of country, soul and rock, not to mention her stunning vocals, everything changed.

NPR Music's First Listen declared her "an artist sure to stun audiences for years to come."

Her performance at the Newport Folk Festival in July had Rolling Stone proclaim her "the single most sought-after voice at this year's festival."

And by year's end, it was clear she'd made a major impression on the Recording Academy. She received four nominations at the 2020 Grammy Awards, including Best Americana Album, Best American Roots Song and Best American Roots Performance (for the track "Faraway Look) and, perhaps most importantly, Best New Artist, putting her into competition against the likes of Billie Eilish, Lizzo, Lil Nas X, Rosalia, Maggie Rogers, Black Pumas and Tank and the Bangas. 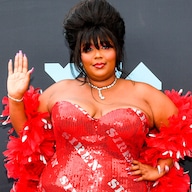 Get to know Yola a little better before her big night on Sunday with her answers to our exclusive Best New Artist Nominee Questionnaire! 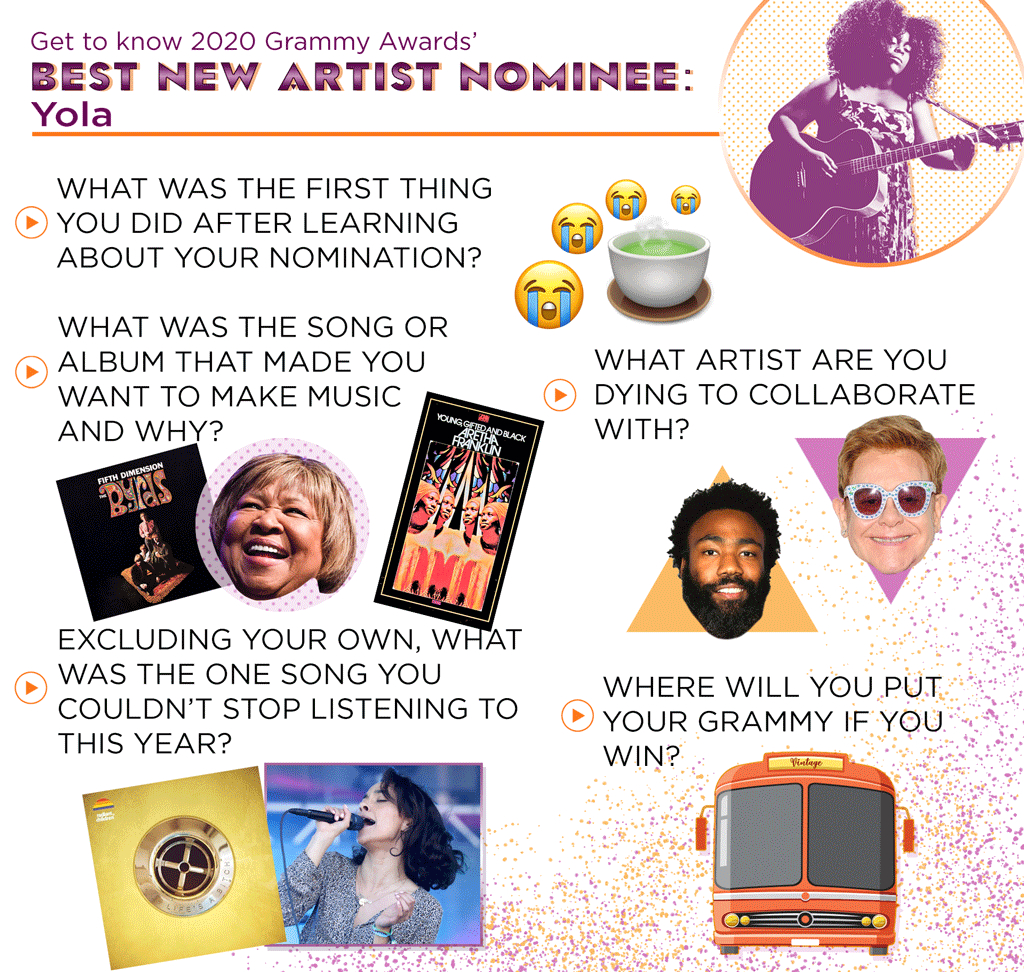 What was the first thing you did after learning about your nomination?
I immediately burst into tears! My manager Charlie, called me up sobbing uncontrollably so i knew something major had happened, and it was all very emotional, but we quickly dusted ourselves and I made  a cup of tea. Then the whole team's phones started ringing and they haven't stopped since.

What was the song or album that made you want to make music and why?
When I was young, I explored my late mother's record collection and discovered Young, Gifted and Black by Aretha Franklin. It had a profound impact on me, alongside the music of Mavis Staples and, later, The Byrds and Crosby, Stills & Nash.

What artist are you dying to collaborate with?
Childish Gambino, please call me. Haha. I would love to perform with Elton John one day—he heard my cover of "Goodbye Yellow Brick Road" and decided to premiere it on his social media which was so sweet. Thanks, Elton!

Excluding your own, what was the one song you couldn't stop listening to this year?
Radiant Children's "Life's a Bitch." I love the lyrics - "Life's a bitch and then you die"— sounds depressing but its a total jam and the sentiment got me through hard times! It is my most played on Spotify again this year, as I use it as my warm up song to get me in the zone for performing!

Where will you put your Grammy if you win?
Haha! Its my debut year remember…! But, if I were to win, I'm on tour so much it would probably sit on the dash of the tour bus until I get enough time off to head home!