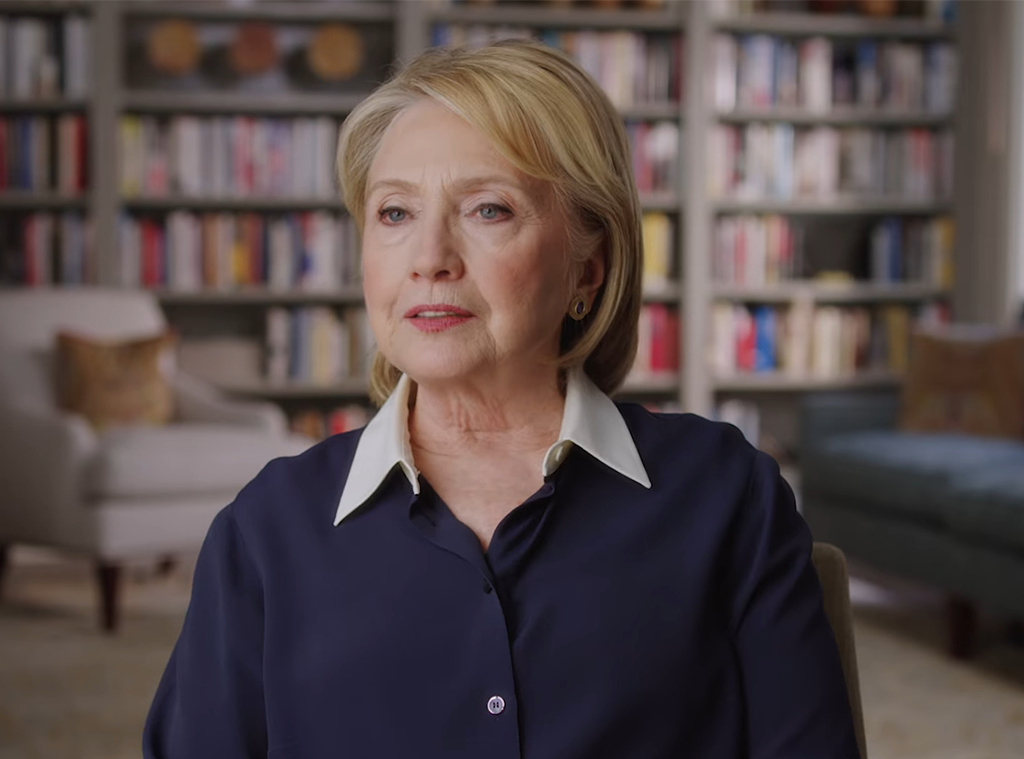 It's been more than two decades since Bill Clinton's affair with Monica Lewinsky. In a new interview with The Hollywood Reporter, Hillary Clinton looks back at the former president's relationship with the former White House intern and the public's reaction to the Clintons' decision to stay married.

The topic is explored in an upcoming docuseries called Hillary, which debuts at the Sundance Film Festival Jan. 25 and premieres on Hulu Mar. 6. According to THR, there's a point in the series when the 42nd commander-in-chief says he "was so grateful that she thought we still had enough to stick it out," noting the "burden she's paid for that."

Hillary says she's "grateful that he understood that this was a really terrible time."

"I said [recently] in connection with a book that Chelsea [Clinton] and I wrote, The Book of Gutsy Women, when asked what was my gutsiest decision, I said, 'Well, personally, staying in my marriage.' And that kind of sums it up," the former secretary of state tells the publication. "But I also think in every marriage there's not just one side. So, I could say the same for him, that I'm not always the easiest person to live with. I'm glad he stuck it out, too."

Hillary Clinton Reveals the Winners of Her POPular Vote

The interviewer also expresses shock over a comment made by Hillary's campaign media consultant Mandy Grunwald in the documentary.

"Women who judged Hillary for staying with Bill Clinton would have voted for Bill Clinton all over again if they had the chance. And kept saying so…And yet they took it out on Hillary," Grunwald reportedly says.

"I wish I understood it, I really do," she continues. "And look, I lived through that, where women were judging me and then a little conversation would lead to the fact that they had a similar issue or their sister did or their friend did, and there was so much anxiety and even fear wrapped up in it. But it was also true that, as we saw in survey after survey, he could, if he ran today, get re-elected. What is it about this double standard, both double standard in public and double standard in private? I think the movie does a good job of raising that issue. Trying to answer it conclusively is impossible, but at least we should be asking ourselves that question."

The former First Lady knew opening up old wounds—including those about her marriage—would be a part of making the docuseries.

"Once I decided that the film would be about more than a behind-the-scenes look at the campaign, I had to accept the fact it was going to be about my life," she tells THR. "That was a major part of my life, which obviously played out in public. Look, I'm not going to sugarcoat it. It's painful, but it's also revelatory because we've always loved each other and had each other's backs. Have we had ups and downs like every married couple I know? Absolutely. And maybe this film helps people think about that, that love and relationships and marriage are often colored in grays and beiges. We all suffer ups and downs in our lives."

However, she hopes that people see her relationship with Bill as a real marriage versus a theorized arrangement.

"I hope it does [show that] because it's real and it's been around for a long time now — nearly 50 years, for heaven's sake," she says. "I would love for that to be conveyed because I'd love to have the reality of my life story better aligned with the press and the public understanding of it. That would be a big step forward."

Monica, who was reportedly not asked to participate in the series, has debuted her own program called The Clinton Affair. The A&E series premiered last November.

To read Hillary's full interview, check out The Hollywood Reporter.