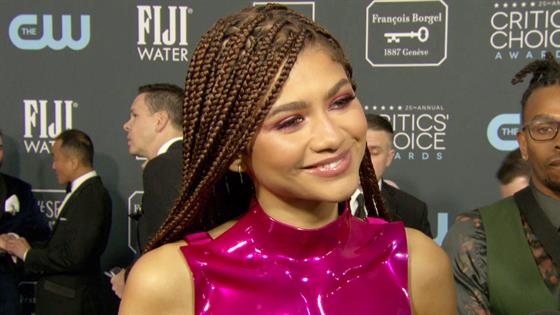 Zendaya and Gwyneth Paltrow have something super glamorous in common. On Sunday, the Euphoria star donned a fuchsia molded Tom Ford crop top to the 2020 Critics' Choice Awards, where she was nominated for Best Actress in a Drama Series. She paired the asymmetrical armor-like piece with a maxi skirt to bring the perfect amount of edge and elegance to the carpet.

Look familiar? That's because Gwyneth also rocked the shielded top on her February 2020 Harper's BAZAAR cover. Excited to see that she and the Disney alum share the same taste, Gwyneth took to Instagram to give her a shout-out.

Leaving a comment on a photo of Zendaya from the Critics' Choice red carpet, the Goop founder wrote, "Thank God I can say I have something in common with Zendaya."

But, leave it to the Internet to remind Gwyneth that the two have another thing in common: They both starred in Spider-Man: Homecoming together, a fact that the Iron Man star has forgotten before. Ira Madison III, who is the host of the pop culture podcast Keep It, chimed in on Instagram, writing, "Gwyneth…you're both in Spider-Man." 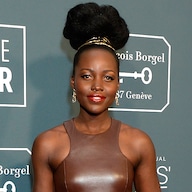 Matching with Zendaya isn't the only thing that Gwyneth is thankful for these days. In her interview with Harper's BAZAAR, the Avengers: Endgame star opened up about finding happiness off-screen and what sparked her decision to take a break from acting.

"The last movie I starred in, I was pregnant with my daughter [Apple Martin, 15]. It was a movie called Proof, an adaption of a play I did in London, and I was like, ‘I've had it. I can't do this anymore,'" Gwyneth told the outlet. "I had morning sickness and I was dying, and I had these five-page monologues. So when I had her, I knew I was going to take a big chunk of time off. And I've never starred in anything again."

She continued, "When I was acting I really burned myself out. When the flywheel kicked in, I was doing three to five movies a year. I really got to the point where even the little things, like sitting in the van going to set, getting your makeup touch-ups, and everything—I really don't know that I can bear it."

Another item on her gratitude list is her marriage with Brad Falchuk, who she married over a year ago. Since tying the knot, the couple hasn't been in a rush to move in with each, which Gwyneth told Harper's BAZAAR has been the wisest decision for them. 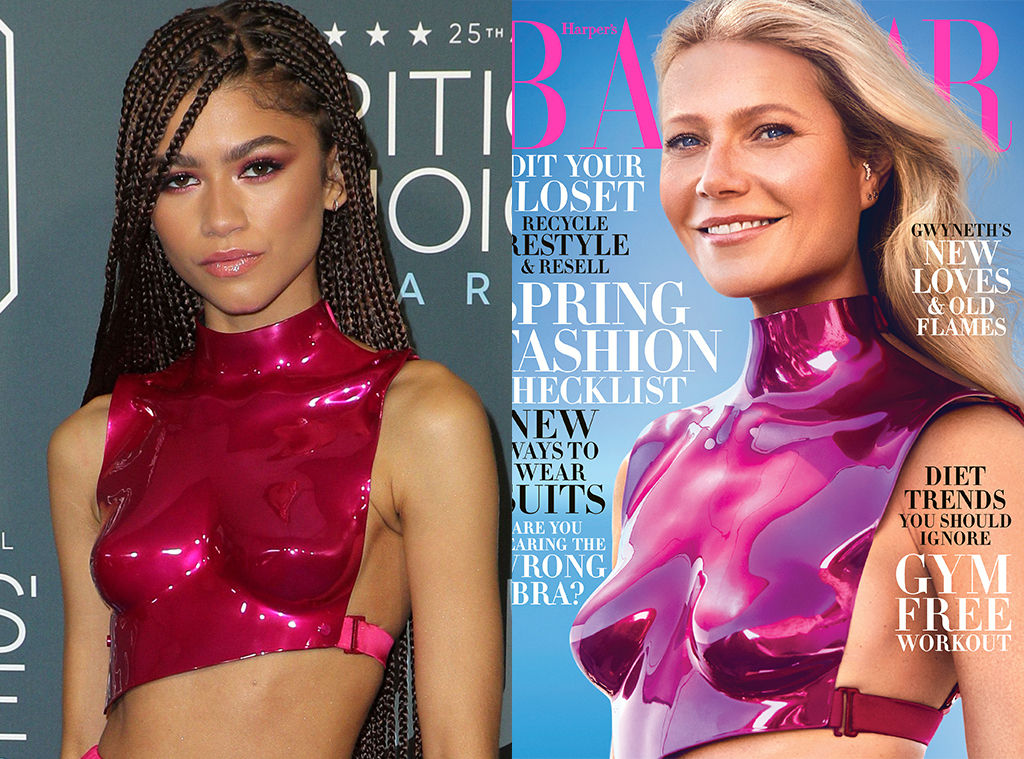 "Oh, all my married friends say that the way we live sounds ideal and we shouldn't change a thing," she said. "So our sex life is over. I thought it was really interesting how resonant that was for people. One of my best friends was like, ‘That is my dream. Don't ever move in.' I think it certainly helps with preserving mystery and also preserving the idea that this person has their own life."

She added, "So this is something I'm trying to remain aware of now as we merge together."

Her Emmy-winning hubby is also responsible for her celebrated return to television as Georgina Hobart on Netflix's The Politician. Speaking to E! News at the 2020 Golden Globes, Gwyneth admitted it was hard to say no when he offered her the part.

"Well, I sort of semi-retired a bit from acting ‘cause I have a company that I do, but I'm married to the writer and he asked me to do the show,
she said. "He said he was writing it for me…He's very charming. He's very convincing."