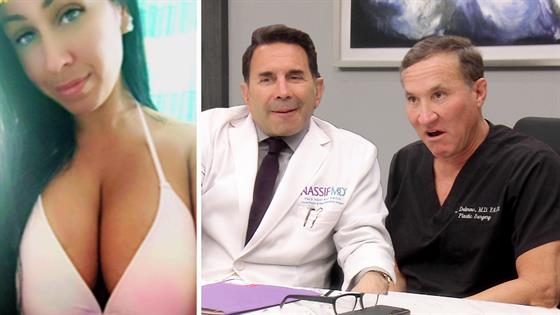 Now Playing
Up Next
Woman's Implants Fall Out of Her Boobs

There's no denying that Judy has had a nightmare plastic surgery experience.

On Monday's all-new Botched, the mother of four turned to doctors Terry Dubrow and Paul Nassif after her mommy makeover abroad turned into a massacre. According to the new patient, she first went to Colombia to have "a tummy tuck, a BBL and a breast augmentation."

However, two and a half years after the initial surgery, Judy was unhappy with her heavy implants. Thus, the now 37-year-old went to the Dominican Republic to decrease her implant size.

"It was a terrible experience. I went to the recovery house, I was so sick," Judy detailed to the doctors. "I came back to the United States, immediately went to the hospital, 'cause I was running a fever."

Yet, Judy was facing far more than a fever. Not only did Judy get wounds on her incisions, but her implant fell out of her breast and into the hand of a plastic surgeon's physician assistant.

"She was hysterical. She's like, 'I've never seen this before,'" Judy continued.

"Neither have I," Dr. Dubrow responded.

To make matters worse, Judy's other implant also fell out the day of her corrective surgery. Upon conferring with her doctor in the States, Judy learned she "had contracted two antibiotic resistant bacterias."

While the procedure killed the bacteria, she was left with mess on her chest. Without even looking at her breasts, Dr. Dubrow knew what went wrong in her second surgery.

"You know what the problem is? That second surgeon in the Dominican Republic cut out the blood supply to the breast tissue," Heather Dubrow's husband explained. "It slowly started to die and turn into, basically, a zombie breast."

In the exam room, Dubrow saw first-hand that Judy no longer had lower poles on her breasts. This complicated matters as it made her natural crease extremely close to her areola.

"The fact that Judy no longer has a lower pole makes it really difficult to conceptually figure out how to make her a normal breast," Dubrow stated in a confessional.

Although Judy's breast tissue was not "friendly" to implants, Dubrow agreed to take on the Rhode Island resident's case. In order to give Judy normal looking breasts, Dubrow decided to do the corrective surgery without implants. 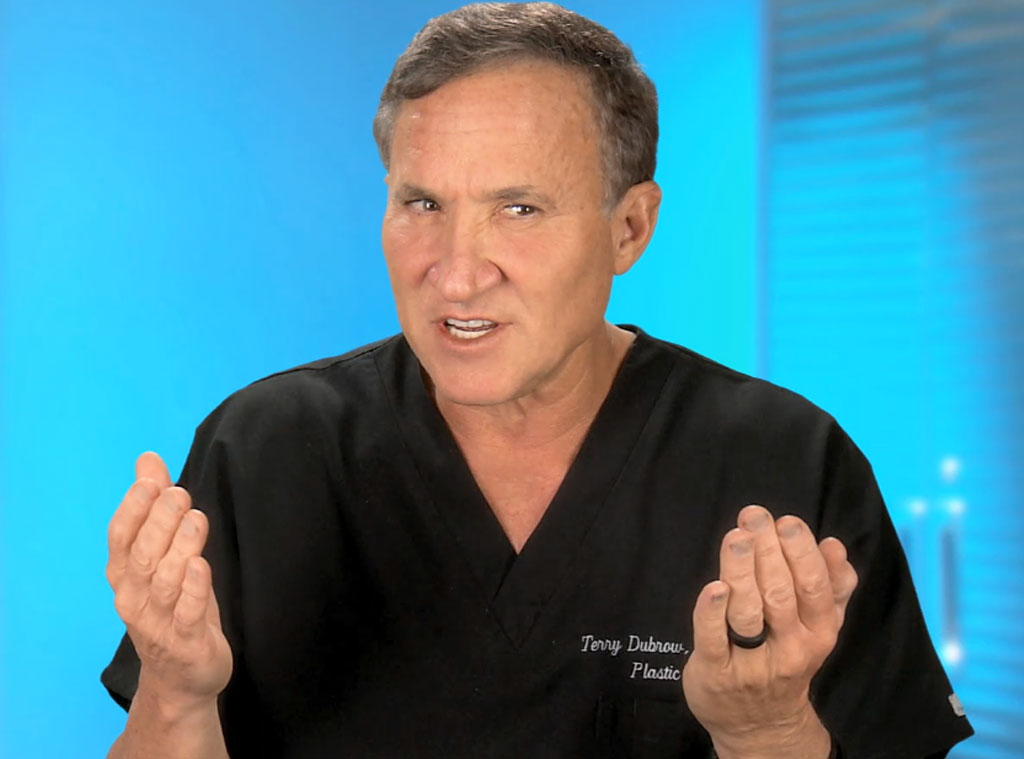 "My first move with Judy today is to try to give her a good shape without using implants. If I'm unable to get a good shape, then I may have to resort to implants," the surgeon told the Botched camera. "But, I really don't want to. Because, if you don't have breasts implants, you can't have a breast implant complication."

After working some medical magic, Dubrow was able to revive Judy's zombie breasts.

"Thanks to Dr. Dubrow, my scars are gone and now I have two full, perky and implant-free breasts," Judy gushed post-surgery.

For all of this and more, including Dr. Nassif's work on Agi's nose, be sure to watch the full episode HERE!