Did you know Peter Weber isn't the first Bachelor to fly the friendly skies?

While Monday night's premiere of The Bachelor included many, many, many references to Peter's (aka Pilot Pete) real-life job as a commercial pilot (for Delta, in case you were wondering), he isn't the first leading man whose held the job title. But Peter is the first lead in the franchise's recent seasons whose IRL day job as actually mattered, with the job titles given to some of the contestants in their chyrons often serving as jokes (see: chicken enthusiast, hipster, tickle monster, etc.). And let's be honest, most of the chyrons in this era of the show should read "aspiring Instagram influencer."

The refreshing focus on Peter's day job got us wondering about all of the previous Bachelor and Bachelorette's IRL 9-to-5s before they became the most eligible reality TV star/professional card-carrying member of Bachelor Nation. Our findings? Pretty shocking/surprising! 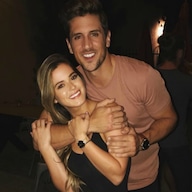 The Bachelorette’s First Impression Rose: A Definitive Guide of Success and Failure

Alex Michel: No offense (but, yeah OK, offense), our inaugural lead's job title was as boring as he/his season was: businessman.

Aaron Buerges: Another boring season, another businessman as the lead. Let's chalk it up to growing pains and move on.

Andrew Firestone: OK now we're talking. Andrew was a big get for the show in its third season as he's a member of the Firestone Tire family and owned a winery along California's central coast aka the total package. 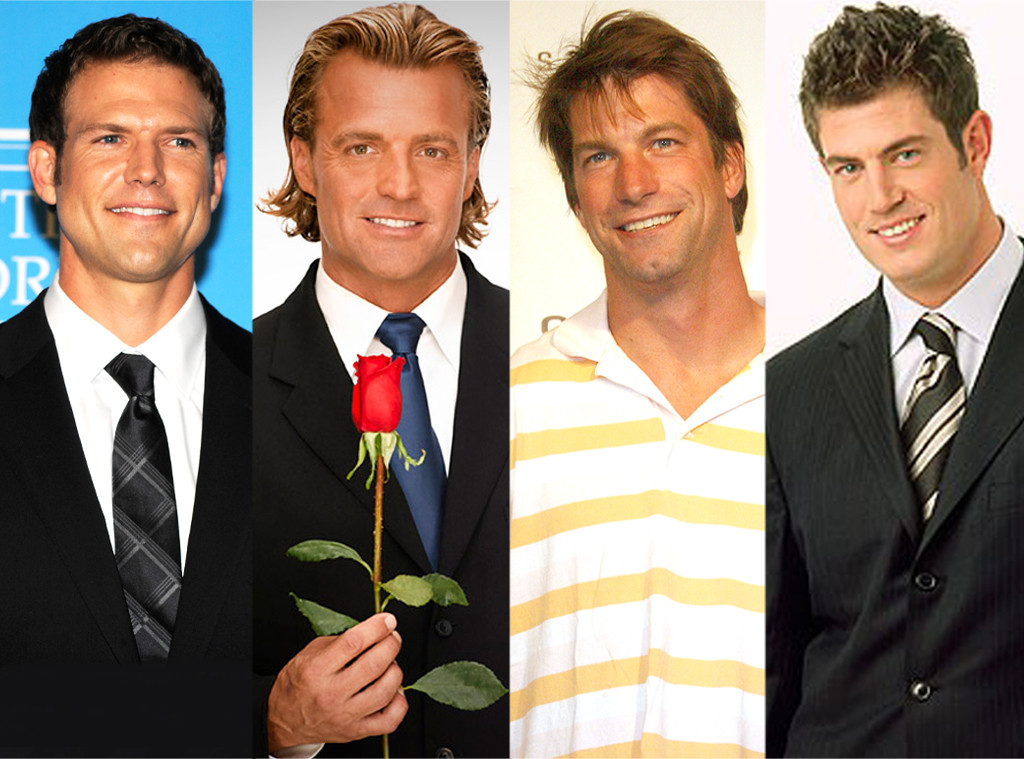 Bob Guiney: It feels wrong that Bachelor Bob's job title was mortgage broker, but alas...it was.

Jesse Palmer: Fun fact: Jesse was the first non-American Bachelor, hailing from Canada. He was also the first famous lead as he was the quarterback for the New York Giants before going into TV hosting, eventually fronting ABC's The Proposal from Bachelor creator Mike Fleiss.

Byron Velvick: The sixth Bachelor was a U.S. Open champion fisherman when he was selected by the women to be their lead on night one over real estate agent Jay Overbye.

Charlie O'Connell: Also an actor, Charlie was honestly better known as being the little brother of Jerry O'Connell when he served as the lead in 2005.

Travis Lane Stork: Some people might not remember that The Doctors host was the Bachelor in its eighth season...and that's because his season was kind of meh.

Lorenzo Borghese: LOL never forget when the Bachelor was an Italian prince who couldn't speak Italian during The Bachelor: Rome. (To be fair, he was the son of Prince Francesco Marco Luigi Costanzo Borghese). Really, Lorenzo lived in New York City, working in the cosmetics industry.

Andy Baldwin: Because he was a US Navy Officer, producers officially called Andy's season The Bachelor: Officer and a Gentleman. Too easy. After his reign as the Bach, Andy now works as a physician.

The Best Bits of the Bachelor Season 24 Bios

Brad Womack: The only lead to front two seasons after famously not choosing anyone during his first attempt at televised love, Womack, a successful restaurateur in Austin, was credited as a winemaker.

Matt Grant: The first (and only) British lead, Matt was a financier and business development manager in London, earning his season the subtitle London Calling.

Jason Mesnick: The beloved single dad from DeAnna's season was (and still is) a realtor in Seattle after delivering one of Bachelor Nation's most defining and iconic moments in the franchise's long history. C'mon, his last name is a go-to reference in the world of reality television (Example: "Wow, he totally pulled a Mesnick!") The impact! 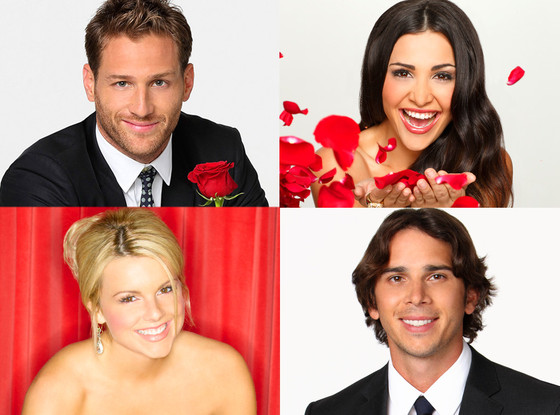 Jake Pavelka: Before Peter, there was another pilot Bachelor, with Jake's season being called The Bachelor: On the Wings of Love. It's safe to say we expect Peter's journey to be much less turbulent.

Ben Flajnik: After getting down on one knee and proposing to Ashley Hebert and being rejected on The Bachelorette, the successful winemaker from Sonoma became the next Bachelor, going on to pick one of the franchise's most notable villains Courtney Robertson as his winner. Spoiler alert: they didn't last long.

Sean Lowe Arguably the most beloved Bachelor of all-time (and the only one to marry his actual final pick, Catherine!), Sean was a former Kansas State football player and an insurance agent in Texas.

Juan Pablo Galavis: The former professional soccer player was the first Latino Bachelor…and the franchise's most disliked Bachelor after his treatment of the women on his season, failing to propose or say "I love you" to his winner and for the controversial remarks he made as his season was airing. As Andi would say: It's not OK.

Chris Soules An actual farmer, which earned him the nickname "Prince Farming." 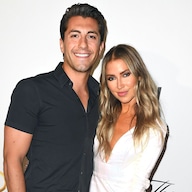 Nick Viall Before his impressive journey from The Bachelorette villain to Bachelor in Paradise fan-favorite to surprise Bachelor over the course of four appearances, Nick was also in software, working as a sales executive in Milwaukee before making the love to LA.

Arie Luyendyk Jr. When he appeared on Emily Maynard's season, ultimately becoming her runner-up, Arie was a professional race car driver. Seven years later, when he was unexpectedly picked to be the Bachelor, Arie had added real estate agent to his chyron before pulling a Mesnick and giving us that infamous split screen brutal break-up. (And he did ultimately end up marrying his original runner-up, Lauren Burnham.)

Colton Underwood Colton was a former pro football player (who had previously been in a high-profile relationship with Olympic gymnast Aly Raisman) before coming in fourth on Becca Kufrin's season...and going on Bachelor in Paradise for an emotional whirlwind...and gifting the world with the iconic fence jump during his time as the Bachelor. 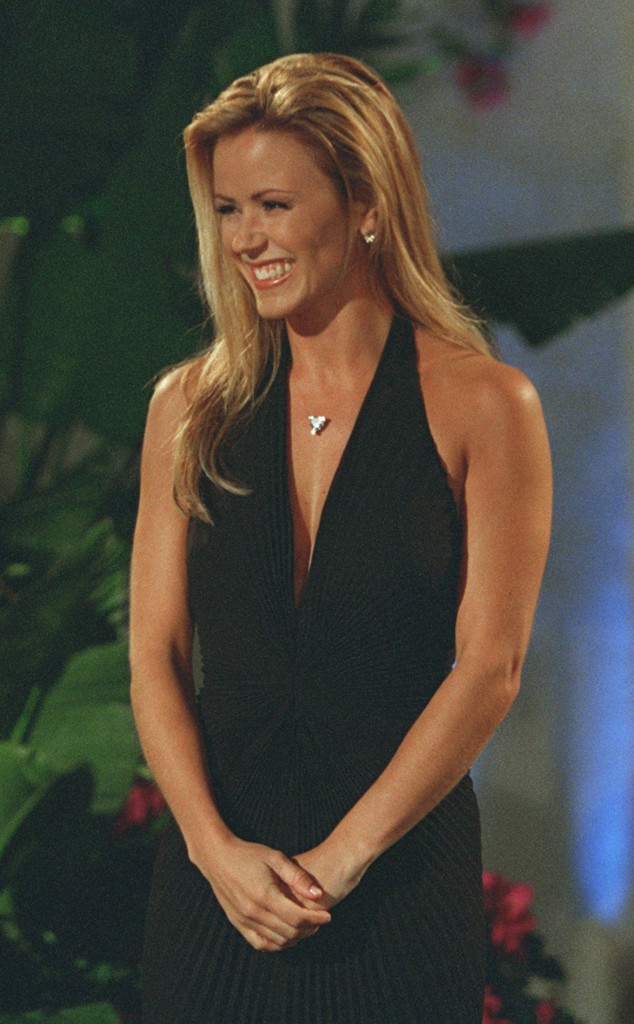 Trista Rehn: We will not lie, we totally forgot that our OG Bachelorette's job title during the inaugural season of The Bachelor was Miami Heat Dancer. (She was also a physical therapist, BTW.) The godmother of the franchise married her final pick Ryan Sutter in 2003, with their televised nupitals delivering massive ratings. See, the process can really work.

Meredith Phillips: The make-up artist and model was a contestant on Bob's season of The Bachelor before her own season.

Jen Schefft: Jen was an account manager in Chicago, a job she quit after Andrew proposed to her in season three of The Bachelor, before she became the first franchise "winner" to then lead a season, notoriously not choosing either of her final men.

DeAnna Pappas: A classic Bachelor Nation job title, our fourth Bachelorette was a realtor in Georgia.

Jillian Harris: The franchise's first non-American female lead, Jillian was an interior designer in Canada who was rejected by Jason in season 13. 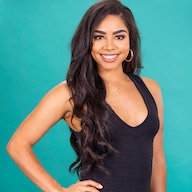 Ali Fedotowsky Before it went public, Ali actually worked as an advertising account manager at Facebook, and famously quit Jake's season because she had to return to work…only to go on to become the Bachelorette and log off FB for good.

Ashley Hebert: The dental student from Maine became the Bachelorette after placing in third on Brad's second season. She married her final pick, J.P. Rosenbaum, in a televised special in 2012.

Emily Maynard The single mom was a children's hospital event planner when she accepted Brad's proposal during his second season. After they split soon after the season aired, Emily went on to become one of the most popular Bachelorettes, with her season notably filming in North Carolina so she could be near her daughter, Ricki. 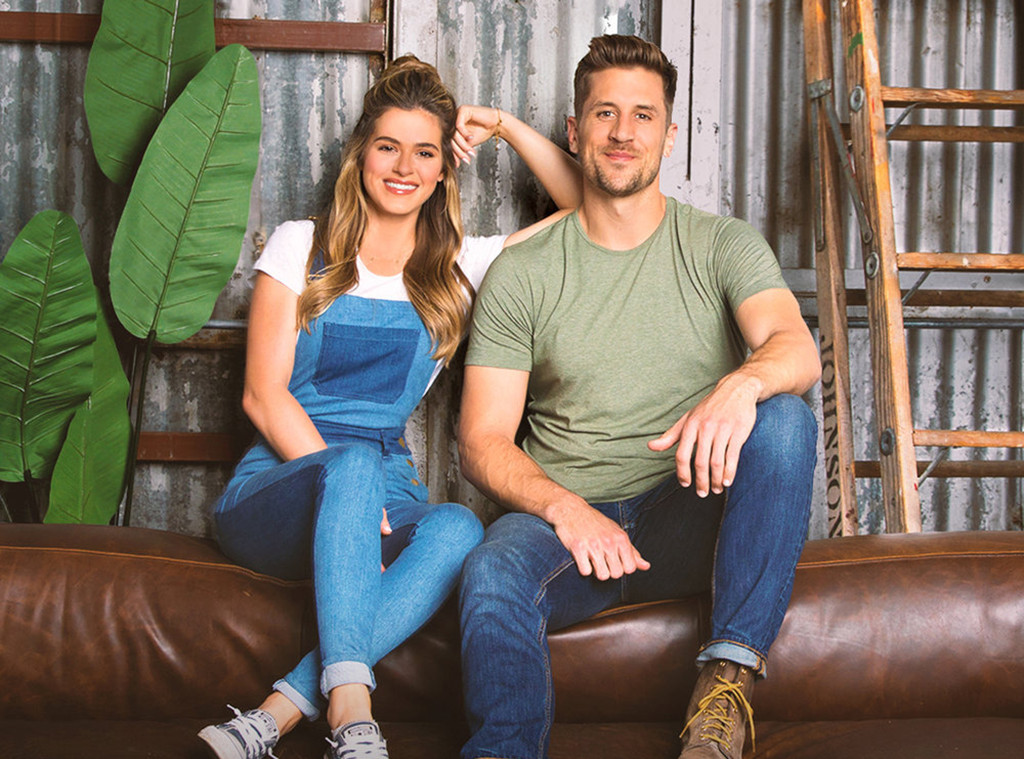 Desiree Hartsock: Fitting for a Bachelorette, Des was a bridal stylist aka she dealt with many a bride-to-be-in-search-of-her-dream-dress breakdowns. And she designed her own dress for her televised wedding in 2013, marrying her final pick, Chris Siegfried.

Andi Dorfman: Andi was no B.S., which makes sense, seeing as she was an assistant district attorney in Atlanta before putting Juan Pablo in his place during his polarizing season.

Kaitlyn Bristowe Did you remember that Kaitlyn was a dance instructor? 'Cause we didn't!

JoJo Fletcher JoJo was a real estate developer from Texas when she first made her debut in the franchise and she's used her post-show fame wisely, with JoJo and winner Jordan Rodgers landing their own home renovation show on CNBC.

Rachel Lindsay Another lawyer-turned-Bachelorette who refused to tolerate any nonsense from her men, Rachel was the franchise's first black lead. Rachel now hosts The Bachelor's official podcast and works as a sportscaster. Oh, and she also is one of the few leads to marry her final pick, exchanging vows with Bryan Abasolo in 2019.

Becca Kufrin Becca was working as a publicist in Minnesota before infamously being broken up with on-camera after accepting Arie's proposal, delivering one of the series' most riveting finales (and moments) ever.

Hannah Brown While her job title was officially interior designer, Hannah's beauty pageant past was discussed much more during her run on Colton's season and her own headline-making and popular outing as The Bachelorette. (And now she can add Dancing With the Stars winner to her chyron, should she choose to join Peter's season and/or become the Bachelorette again!)