Viewers waited in anticipation to see if Brad Pittand Jennifer Anistonwould reconnect at the 2020 Golden Globes, but alas, it wasn't meant to be.

Throughout Sunday night's star-studded show, the exes were mere feet apart while watching the awards ceremony. (ICYMI, the Once Upon a Time in Hollywood star won  for Best Supporting Actor in a Motion Picture, while she was nominated for Best Actress in a TV Series, Drama for The Morning Show.)

However, their close proximity did not result in the reunion as some had hoped. Although, Jen did smile and watch intently as Brad gave his acceptance speech for Best Supporting Actor in a Motion Picture Comedy.

The superstar duo have come a long way since their 2005 divorce. "There's no awkwardness and they are friendly," a source previously told E! News. "They've been in touch over the last few years and talk occasionally. If they run into each other, they will congratulate each other and exchange pleasantries."

"The past is a long time in the past," the insider continued. "They don't talk often but when they do its very warm and positive. It's not as big of a deal to them as it is to everyone around them. There are no issues with being in the same place at the same time." 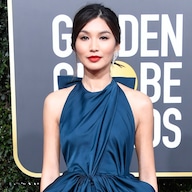 Indeed, they now consider one another friends. In February, he attended her 50th birthday party, marking the first time they were seen together since their split. And, just last month, he made an appearance at her Christmas party, which included guests such as Gwyneth Paltrow, Reese Witherspoon, Tom Hanks, Kate Hudson and Lisa Kudrow.

That being said, it doesn't seem like Brad struggles with being a friendly ex in general. 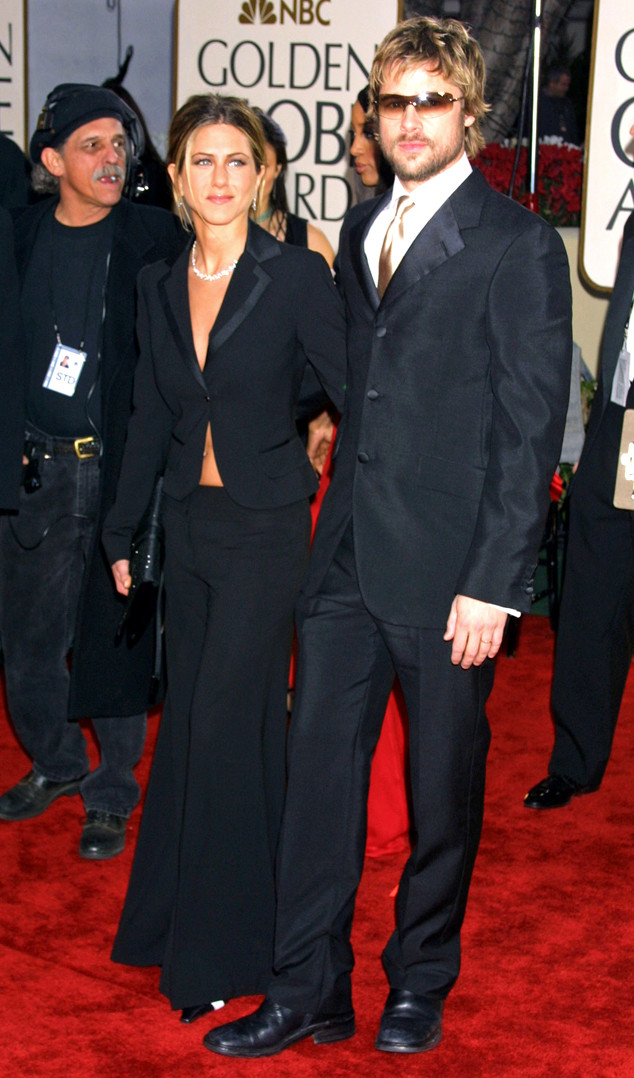 He also dated Gwyneth Paltrow, who is also in attendance for the 2020 Golden Globes since her show The Politician is nominated for Best TV Series, Musical or Comedy.

They met on the set of the crime thriller Se7en in 1994 and began dating shortly after. Then, just two years later Brad popped the question! Gwyneth said yes and they nearly tied the knot, but clearly, things didn't work out because they split in 1997.

Brad and Gwyneth never exactly revealed the reason for their breakup, but she told Howard Stern in 2017, "I was such a kid, I was 22 when we met. It's taken me until 40 to get my head out of my ass. You can't make that decision when you're 22 years old... I wasn't ready, and he was too good for me."

And, last but certainly not least, is Christina Applegate, who dated Brad very briefly in 1989. They attended the 1989 MTV Video Music Awards together, but not much happened after that.

Nowadays, all of his splits are water under the bridge. Proving once and for all you most certainly can be friends with an ex!