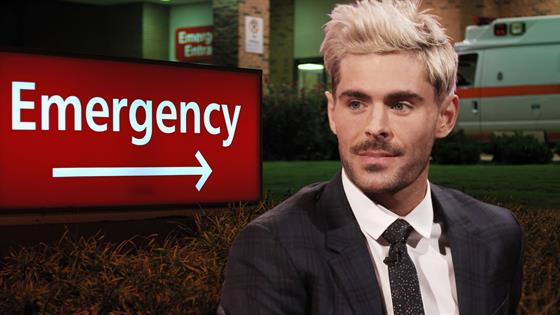 According to an Australian report, Zac Efron suffered a medical emergency while filming his new TV show abroad before the holidays. E! News has not confirmed this, and has learned that the actor was seen in the United States a little more than a week ago after wrapping the series, and appeared healthy.

The Australian Sunday Telegraph newspaper reported on Saturday that Efron had contracted what is believed to be a typhoid or other bacterial infection while on the island country of Papua New Guinea, where he's been shooting the new Quibi series Killing Zac Efron, and was airlifted by emergency medical workers to an airport in Brisbane, Australia, where he was then transported to a private hospital.

Efron's rep had no immediate comment about the report when contacted by E! News.

The Sunday Telegraph, whose report was picked up by outlets such as Fox News, the BBC, Newsweek, and multiple U.K. newspapers, said that the actor spent several days at the hospital and that doctors allowed him to travel home to the U.S. on Christmas Eve.

Dr. Glenn McKay from the Medical Rescue Group told the Daily Telegraph that a team "retrieved a U.S. citizen in his 30s from PNG to Brisbane recently for medical attention in Australia," and that he was "admitted to St Andrews War Memorial Hospital in a stable condition." He declined to name the patient. 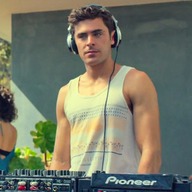 Zac Efron's E! Online Instagram Takeover for We Are Your Friends

On December 21, Christoph Bertsch, CEO of nutrition company Vejo Inc., posted a photo of himself with a man resembling Efron and another friend at a Vejo pop-up shop at a Los Angeles shopping mall. He tagged the actor, who is pictured wearing a black and white Adidas zip-up jacket over a white shirt, black shorts, sunglasses and a wool cap, and sports a mustache and beard.

"Thank you Z for showing up at our friends and family shopping," he wrote. "Conor you are the man for the magic!"

Thank you Z for showing up at our friends and family shopping. Conor you are the man for the magic! 🙏🏻🤘🏻💥

Two days later, Bertsch shared a pic of his "Vejo team" standing in front of the shop. The same man resembling Efron, who is wearing the same outfit, and the actor's brother Dylan Efron are tagged.

It is unclear when either of the pics were taken.

Look If you had One shot Or one opportunity To seize everything you ever wanted In one moment Would you capture it Or just let it slip? Vejo will capture it in 2020. Happy holidays to everybody. I❤️ my Vejo team.

Killing Zac Efron, which was announced in November, sees Efron spending 21 days off the grid, "deep into the jungles of a remote, dangerous island," "with nothing but basic gear, a guide partner and a will to survive." The Sunday Telegraph said Efron fell ill while he was in the middle of filming the show.

According to the Centers for Disease Control and Prevention, the bacteria that causes typhoid fever, a life-threatening illness, can be found in contaminated water and food in Papua New Guinea. People who contract it can be treated with antibiotics. Vaccines are available.