UPDATE: On Tuesday's episode of The View, Whoopi Goldberg and Meghan McCain addressed their tense argument that occurred during Monday's episode.

"We're just going to do a little clean up before we do anything," Goldberg said as the show opened. "Things get heated on this show. If you watch the show you know this has happened over the years. We're really passionate, this is our job. We come in, we talk to each other, sometimes we're not as polite as we could be. That's just the way it is."

"But you're going to be dealing with the same thing when you're sitting around your table with your family and you don't agree or somebody says something and goes off the rails. This is part of what we do. This is not an indication that women can't sit around and talk," she continued. "This is not an indication that we don't know how to deal with each other on camera, this is happening in real time. Stuff happens on this show in real time and everybody, you know, wherever you sit in all this, don't assume that you, that we're over here with butcher knives under the table, you know? It just doesn't work that way."

Goldberg added, "This is our gig. And sometimes it goes off the rails and it does. So if you can say that's never happened to any of y'all…(laughter)…that you've never had this happen…you understand where this is coming from. So just calm down. It's a TV show. We're on together for an hour and we step in poopie. OK? We step in poopie and stuff happens and everybody just calm down."

McCain also stepped in, adding, "Can I say something? Whoopi and I get along great. I love you very much. I've loved you for a long time. You were good friends with my dad. We fight like we're family. It's all good. We're not tearing the set apart. Calm down, all of you. OK? It's all good."

Whoopi Goldberg and Meghan McCain just had a very tense exchange on The View.

Meghan McCain Talks First Day as Cohost on The View

"If we're going to talk about both sides, if we're going to sort of make that comparison, I think we also have to compare the Senate vote before," Hostin said. "You had so many senators that voted to not only impeach, but also convict President Clinton for, yes, perjuring himself. Many of those people are still in the senate. I cannot believe they would vote to impeach and convict a president, a sitting president for perjuring himself, and they would not vote to convict a president...and remove a president who clearly used a...wanted to use a foreign government for his own personal benefit to impede our very democracy."

She added, "That is the height of hypocrisy for this republican-led senate."

That's when McCain, the daughter of the late U.S. Senator John McCain, stepped in to try to share a conservative perspective.

"My job here is not to litigate the ethics of it. I'm an ABC political analyst along with being a View co-host, my job is to analyze the politics of it," McCain said as Hostin tried to clarify her point. 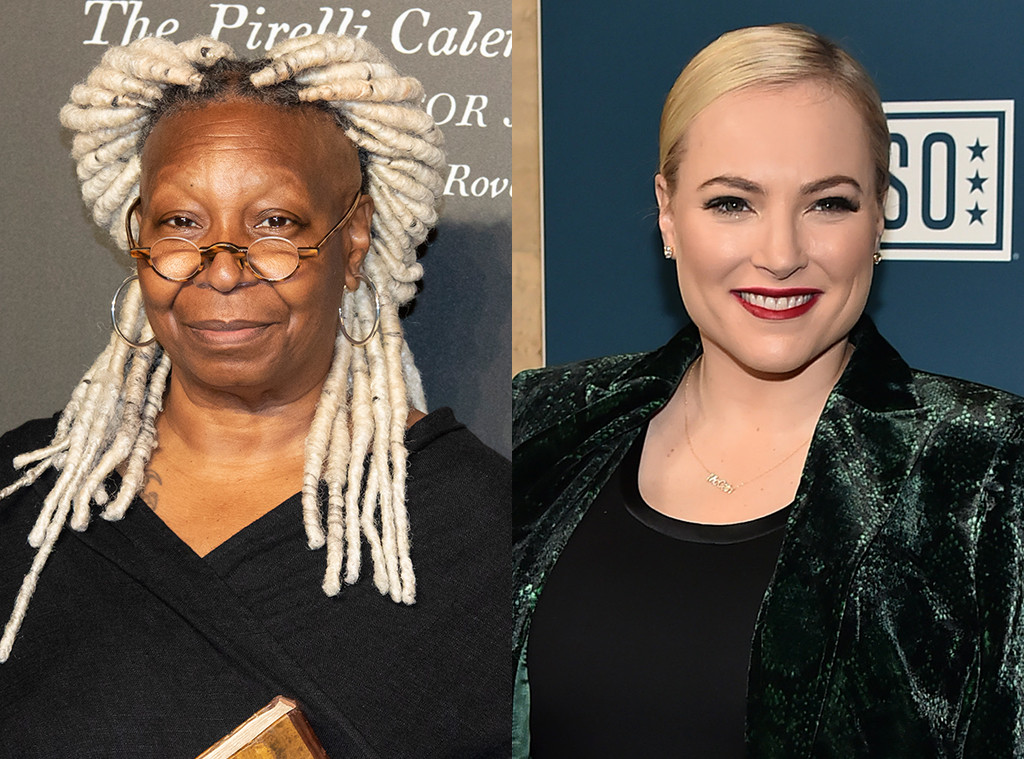 As Hostin attempted to explain, McCain asked Hostin to let her finish.

"No problem, no problem," a clearly frustrated McCain replied. "I won't talk the rest of the show, no problem."

"I'm not behaving like anything," McCain countered. "I'm trying to show a conservative perspective"

The duo continued to debate until Goldberg then threw it to commercial, telling the audience, "We'll be right back."

McCain took to Twitter after the show to react to the co-host debate.

Dems and Rs alike need to confront the ugly truth: both parties are failing to be impartial jurors. I won’t be quiet, even if the reality reflects poorly on the entire political establishment. I have a responsibility to speak for the 50% that feels media doesn’t represent them.

"Dems and Rs alike need to confront the ugly truth: both parties are failing to be impartial jurors. I won't be quiet, even if the reality reflects poorly on the entire political establishment," McCain tweeted. "I have a responsibility to speak for the 50% that feels media doesn't represent them."

She went on to share polls about the impeachment, writing, "Pointing out things that are true is part of my job even if it angers people and even if it's politically inconvenient."

"Pretending half the country doesn't exist won't make them disappear," McCain continued. "The culture war is real, and Americans who aren't part of the overwhelmingly anti-conservative media deserve to have their views represented."