Relive the Royal Family's Most Memorable Moments of 2019: A Birth, a Rumored Rift and More 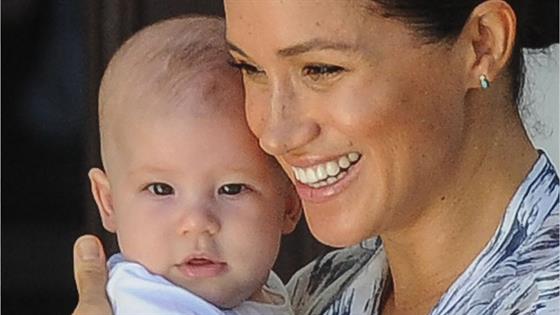 2019 was quite a year—especially for the royal family.

Prince Harry and Meghan Markle welcomed their first child, Archie Harrison, seven months ago. After introducing him to the world, the Duke and Duchess of Sussex kept their son fairly out of the public eye. From keeping his christening private to enjoying the holidays with just "close family," the two shielded him from the spotlight. Still, royal admirers caught a few glimpses of the young royal, including during the Sussexes' tour of Africa.

Harry and Meghan weren't the only ones to experience a major milestone this year. Prince William and Kate Middleton did, as well. For instance, their daughter, Princess Charlotte, joined Prince George at Thomas's Battersea in London. Of course, there were plenty of adorable first-day photos. Prince Louis also celebrated his first birthday.

While there were plenty of highs this year, there were also a few lows. For instance, there were rumors of tension between Harry and William and Kate and Meghan. In addition, Harry and Meghan took legal action against a few British tabloids.

To look back at a few memorable moments from the royal family's year, check out the gallery. 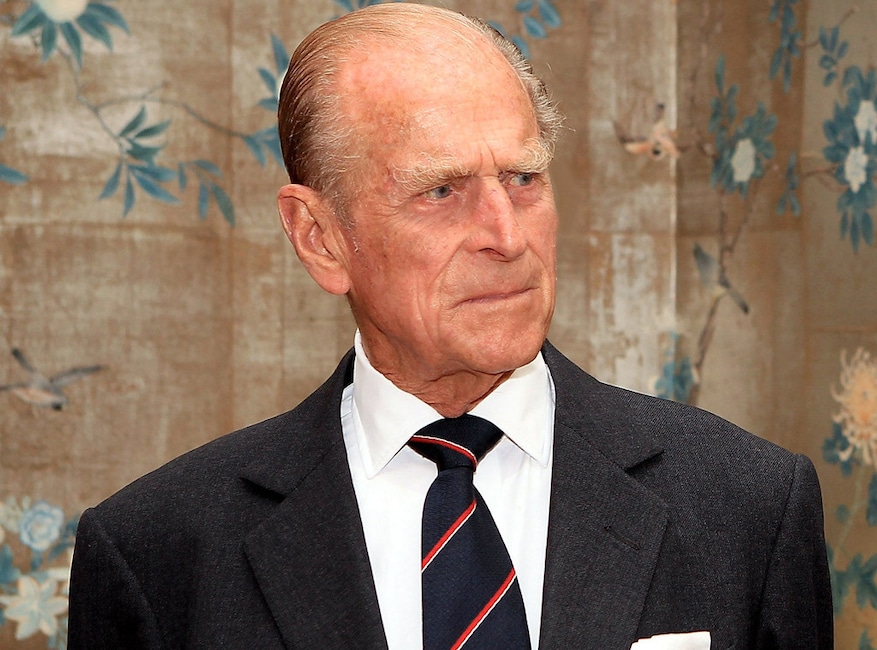 During the Duke and Duchess of Sussex's first joint appearance of 2019, Meghan revealed she was six months pregnant and due in April or May. However, January wasn't just filled with happy news. That same month, Prince Philip was involved in a car accident with another vehicle. While the Duke of Edinburgh, who had been driving, wasn't injured, the driver and the passenger in the other vehicle suffered cuts to the knee and a broken wrist, respectively. A 9-month-old baby boy, who was also in their vehicle, was not injured. Prince Philip did not face any charges over the accident. He apologized and surrendered his license. 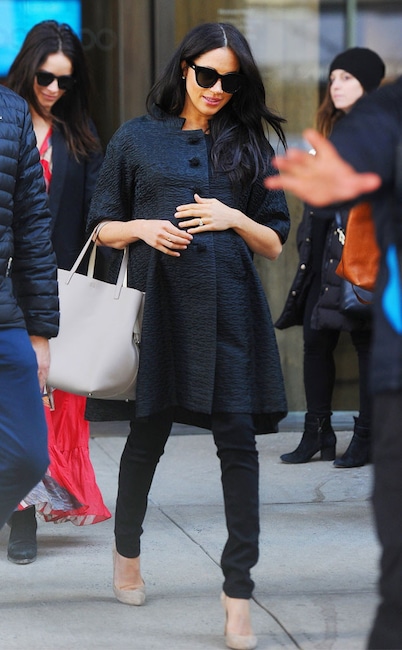 In February, Meghan flew across the pond for a baby shower in New York. Serena Williams and Amal Clooney hosted the event. It was also the month The Mail on Sunday published extracts of a private letter Meghan allegedly sent her father, Thomas Markle. 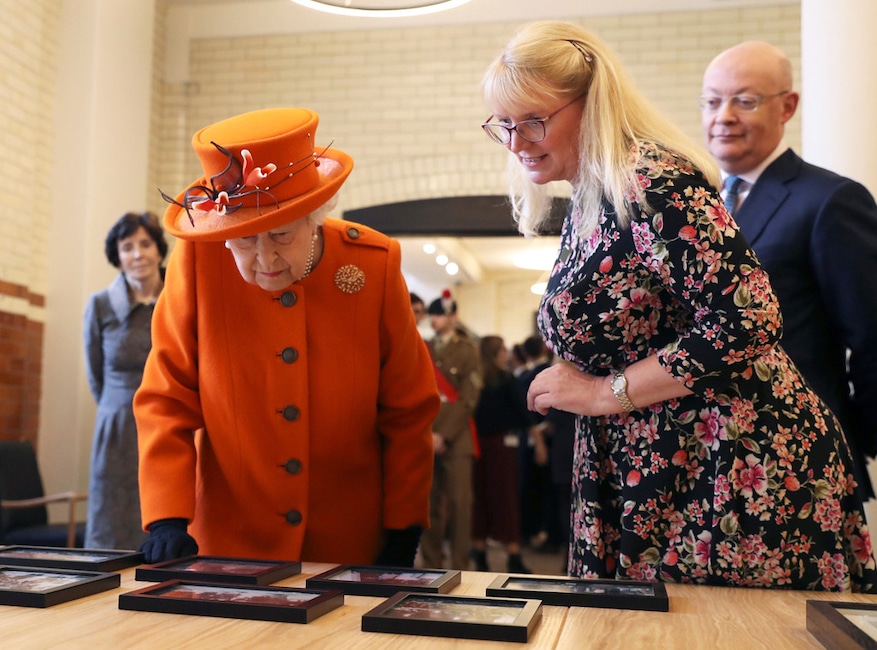 In March, Queen Elizabeth II agreed to the creation of a new royal household for Harry and Meghan. There were already rumors of tension between Harry and William and Meghan and Kate, and this move fueled the speculation. Still, there were lighthearted moments, too. Her Majesty also published her first Instagram post that month. 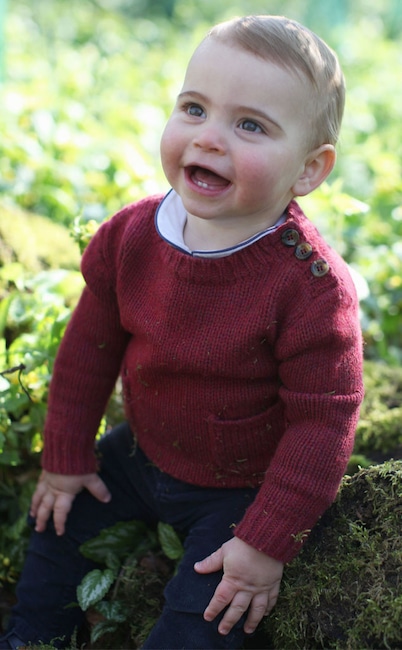 April was full of celebrations. William and Kate marked their eighth wedding anniversary, and Queen Elizabeth II turned 93 years old. Prince Louis also celebrated his first birthday. William and Kate released some adorable portraits in honor of the major milestone. Meghan and Harry also moved into Frogmore Cottage ahead of the royal baby's birth and launched their own Instagram account. 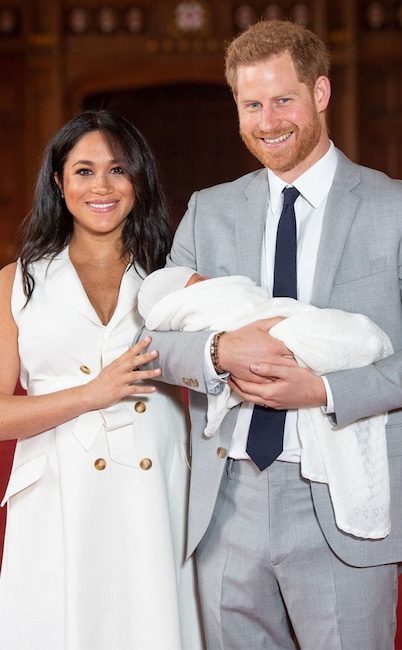 Speaking of which, Meghan and Harry welcomed their first child in May. The couple named the baby boy Archie Harrison and presented him to the world later that month. In addition, Lady Gabriella Windsor married Thomas Kingston in St. George's Chapel at Windsor Castle that month. 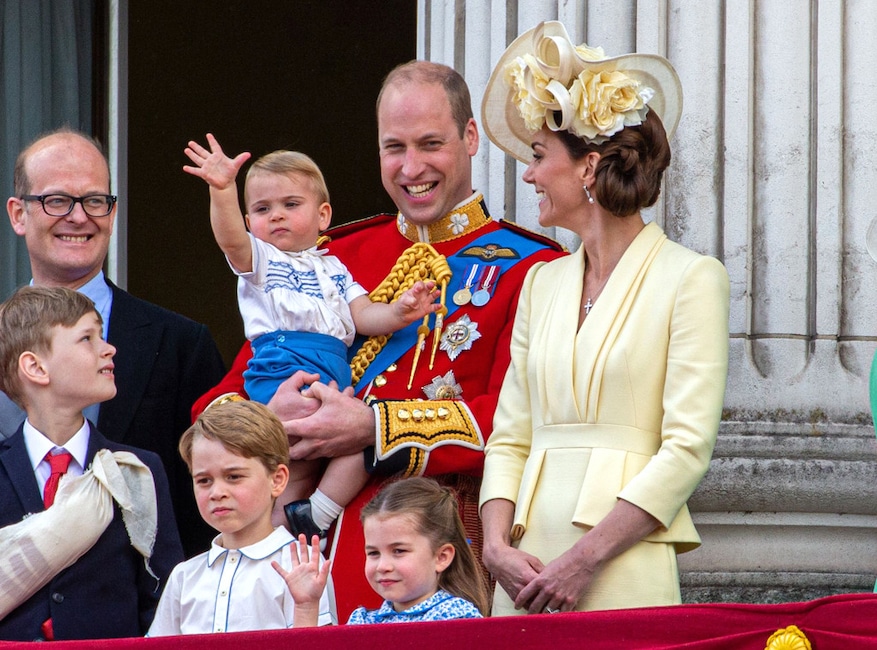 Harry celebrated his first Father's Day as a new dad in June. Prince Louis also made his Trooping the Colour balcony debut that month. In addition, Harry and Meghan broke away from The Royal Foundation, their joint charity with William and Kate. U.S. President Donald Trump also made his state visit to the U.K. that month and met with several members of the royal family. 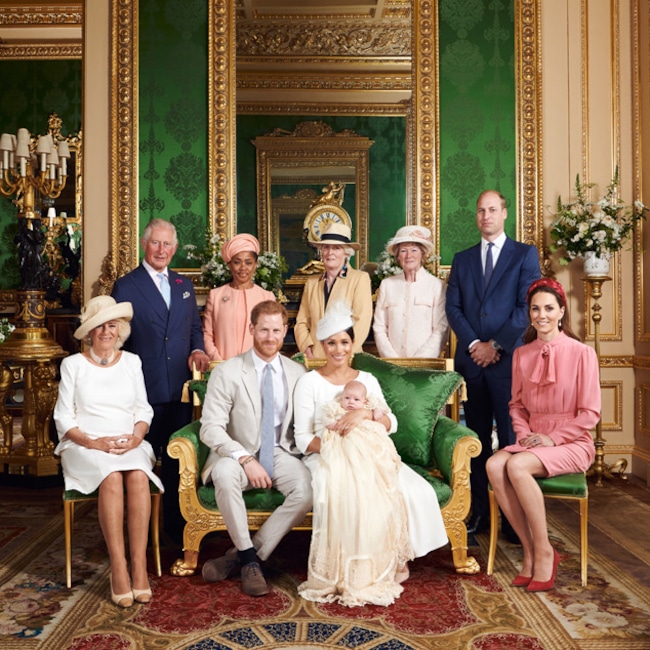 Meghan and Harry's son Archie was christened in a private ceremony at Windsor Castle in July. This was also the month fans learned Meghan had guest edited the September issue of British Vogue. In addition, July was the month Harry and Meghan met Beyonce and Jay-Z at the U.K. premiere of The Lion King. 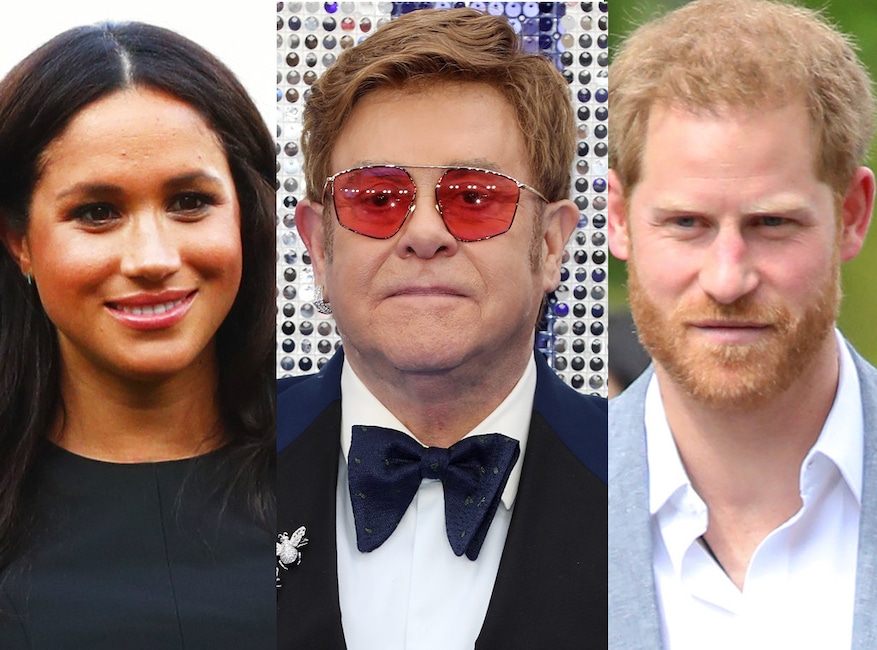 Harry and Meghan came under fire in August after they took a private plane to Nice for a getaway at Elton John's home. John clapped back at the critics, noting he and David Furnish had provided the royal couple with a private jet "to maintain a high level of much-needed protection."

"To support Prince Harry's commitment to the environment, we ensured their flight was carbon neutral, by making the appropriate contribution to Carbon Footprint," he stated at the time.

Ellen DeGeneres and more stars also came to the duke and duchess' defense. 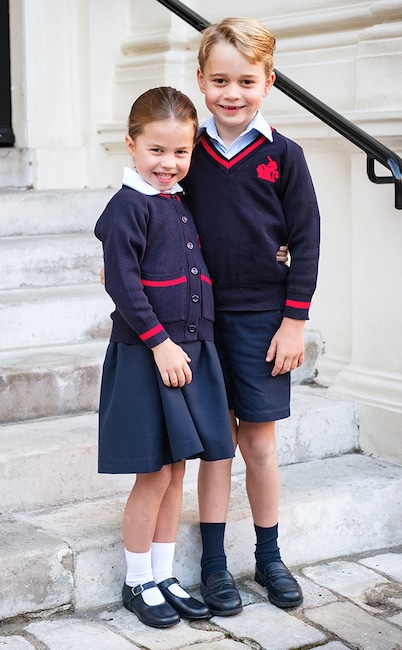 In September, Princess Charlotte attended her first day at Thomas's Battersea with Prince George and her parents by her side. That same month, Harry and Meghan visited Africa with Archie, making it their first royal tour as a family of three. In addition, Princess Beatrice announced her engagement to Edoardo Mapelli Mozzi and William and Kate visited Pakistan. 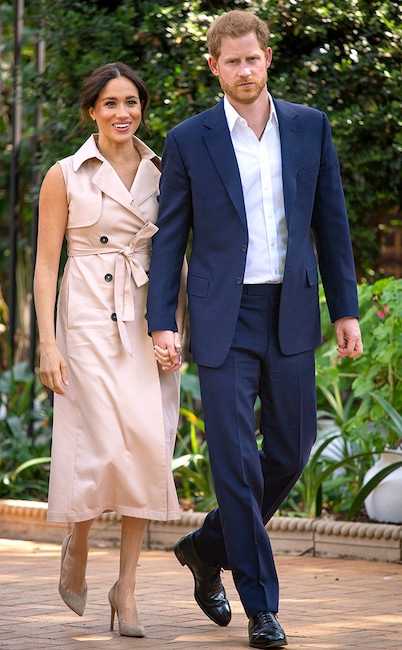 Harry announced he and Meghan are taking legal action against the Mail on Sunday and its parent company Associated Newspapers over the allegation the outlet unlawfully published one of Meghan's private letters. An ITV documentary about their tour also aired. In the film, Harry addressed the rumored tension between him and his brother. Meghan also spoke about the scrutiny she's faced from the press. 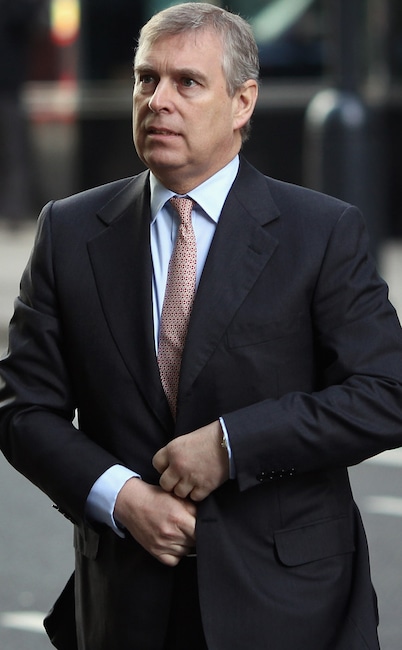 November was the month Prince Andrew stepped back from his royal duties. The announcement came days after he discussed his connection to Jeffrey Epstein in a BBC Newsnight interview.

"It has become clear to me over the last few days that the circumstances relating to my former association with Jeffrey Epstein has become a major disruption to my family's work and the valuable work going on in the many organizations and charities that I am proud to support," Prince Andrew said in a statement. "Therefore, I have asked Her Majesty if I may step back from public duties for the foreseeable future, and she has given her permission." 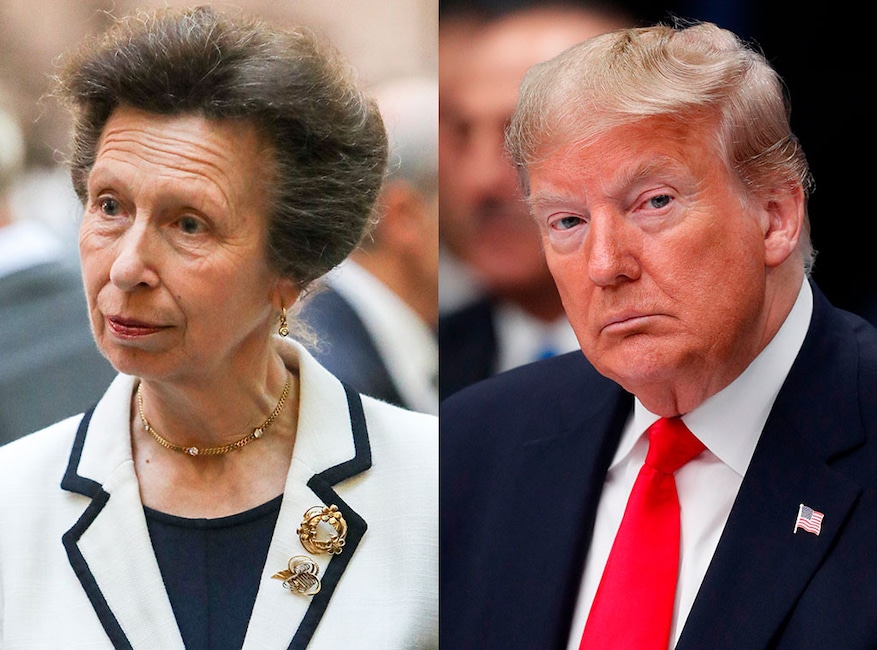 A video of Princess Anne went viral after she seemingly shaded President Donald Trump and First Lady Melania Trump during a reception for NATO leaders at Buckingham Palace. After Queen Elizabeth II, Prince Charles and Duchess Camilla greeted the couple, Her Majesty seemingly gestured for her daughter, who was standing to the side, to come forward. However, Princess Anne appeared to just shrug and laugh. However, according to reports, The Queen was simply asking her daughter who was next in the receiving line, to which Anne replied, "It's just me," with a shrug.

We wonder what this next year will bring.