UPDATE: Eminem isn't standing down in his feud against Nick Cannon. Hours after the television personality blasted the hip-hop legend with a diss track titled "The Invitation," Eminem clapped back on Twitter.

"U mad bro? Stop lying on my dick. I never even had a chauffeur, you bougie f--ck," he wrote, adding the clown emoji.

The drama between Nick Cannon and Eminem isn't over yet.

The 39-year-old TV star responded to the 47-year-old rapper's recent track by dropping "The Invitation" on Monday.

The song opened with a message from Suge Knight.

"Check this out Eminem—or whatever your name is, right? You know, I never do no talking, but Nick is family. This is your invitation to prove to everybody else what you're about," Knight, who is currently spending time behind bars, said, later adding "Eminem's a bitch."

Cannon and his collaborators—who also included Hitman Holla, Charlie Clips and Prince Eazy—continued to throw shade at the 15-time Grammy winner. At one point in the song, Cannon referenced Slim Shady's family.

He also responded to the Mariah Carey mention Eminem made in "Lord Above."

To hear the rest of the diss track, play the clip below.

As fans will recall, Eminem made headlines last week after he rapped about Carey and Cannon on Fat Joe's new tune.

"I know me and Mariah didn't end on a high note / But that other dude's whipped-that p---y got him neutered," Eminem rapped, mentioning his brief romance with Carey. "Tried to tell him this chick's a nut job before he got his jewels clipped / Almost got my caboose kicked / Fool, quit / You not gonna do s--t / I let her chop my balls off too before I lose to you, Nick."

Cannon, who was previously married to Carey and shares two children with her, clapped back during an episode of Power 106 radio show.

"We should change his name from Eminem to Percocet," he said, taking a jab at Eminem's age. "What's the pill old people use? We are going to call him Cialis. Bring your walker, get out your wheelchair Eminem and pop whatever you want to pop."

He also invited "Grandpa Marshall" to come on his show Wild 'N Out. 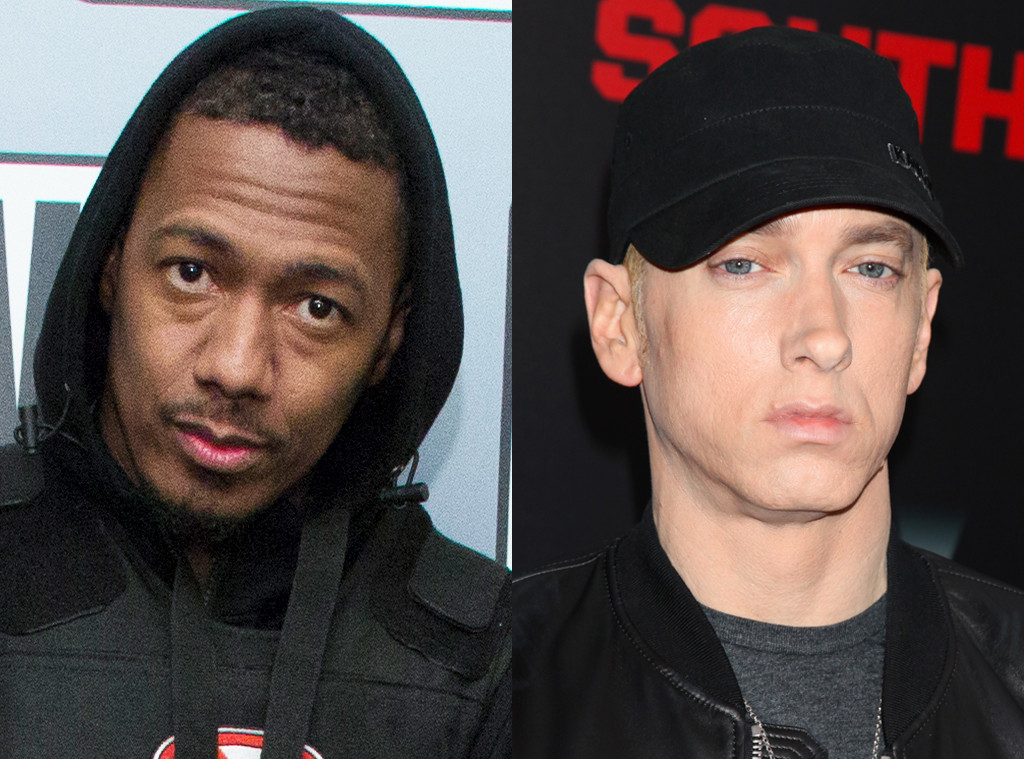 Cannon and Eminem's drama goes way back. After Eminem rapped about his breakup with Carey in "Bagpipes From Baghdad," Carey responded with "Obsessed" and Eminem later dropped "The Warning."

It looks like their beef is far from over.