Checking in With Apple TV+ at 1 Month 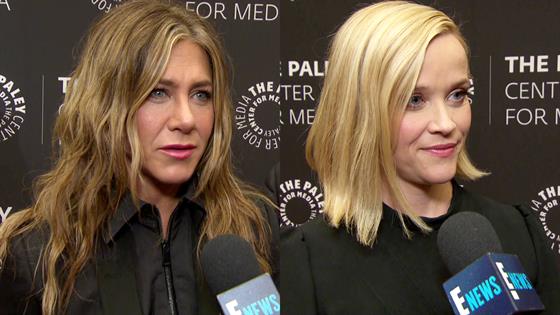 When Apple made clear their intention to enter into the Streaming Wars with their very own slate of original programming, hoping to take on the Netflix and Amazons of the world, it was with the promise that they weren't playing around.

Not only did the tech behemoth already have a toe in the streaming TV game courtesy of their Apple TV consoles and their TV app, as well as the control of a large seriously brand-loyal consumer base, but they were prepared to throw down hundreds of millions of dollars to lure in the likes of Steven Spielberg, M. Night Shyamalan, Oprah Winfrey, J.J. Abrams, Damien Chazelle, Chris Evans, Reese Witherspoon, Jennifer Garner and, in perhaps the biggest coup, Jennifer Aniston, who would be returning to television for the first time since Friends.

In other words, with Sony Pictures TV execs Jamie Erlicht and Zack Van Amburg recruited to head the newly-formed worldwide video unit, Apple TV+ wouldn't launch like Netflix's originals did, with a Norwegian-American series counting E Street Band member and Sopranos vet Steven Van Zandt as its biggest star. (That show was called Lilyhammer, for those of you thinking we might've made it up. There are three seasons on the streaming service still waiting for you to discover.) 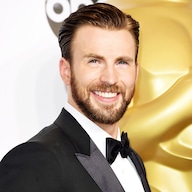 But then, after a March announcement full of very famous faces waxing rhapsodic about storytelling but very light on any actual footage of what was to come, the thing actually launched.

With just four shows—period comedy Dickinson, starring Hailee Steinfeld; sci-fi drama See, starring Jason Momoa; space race alt-history For All Mankind, starring Joel Kinnaman; and the much-hyped and already-renewed The Morning Show, starring Aniston, Witherspoon and Steve Carrell—promised at the onset, alongside three kid's shows (including a new Peanuts cartoon), a documentary about elephants, and Oprah's Book Club, and no massive existing programming library to pad things out, a la Disney+ and the still forthcoming HBO Max and Peacock, the offerings were light, even with a $4.99/month price tag. (Or $Free.99 for a full year if you buy a new Apple product.)

Critics weren't especially kind to any of the main four, with Dickinson earning the highest critical consensus on Rotten Tomatoes with a current average of 75 percent. (Rounding out the bottom was See with a dismal 42 percent.) Audiences seem to be responding better, with none dropping below For All Mankind's 84 percent score. 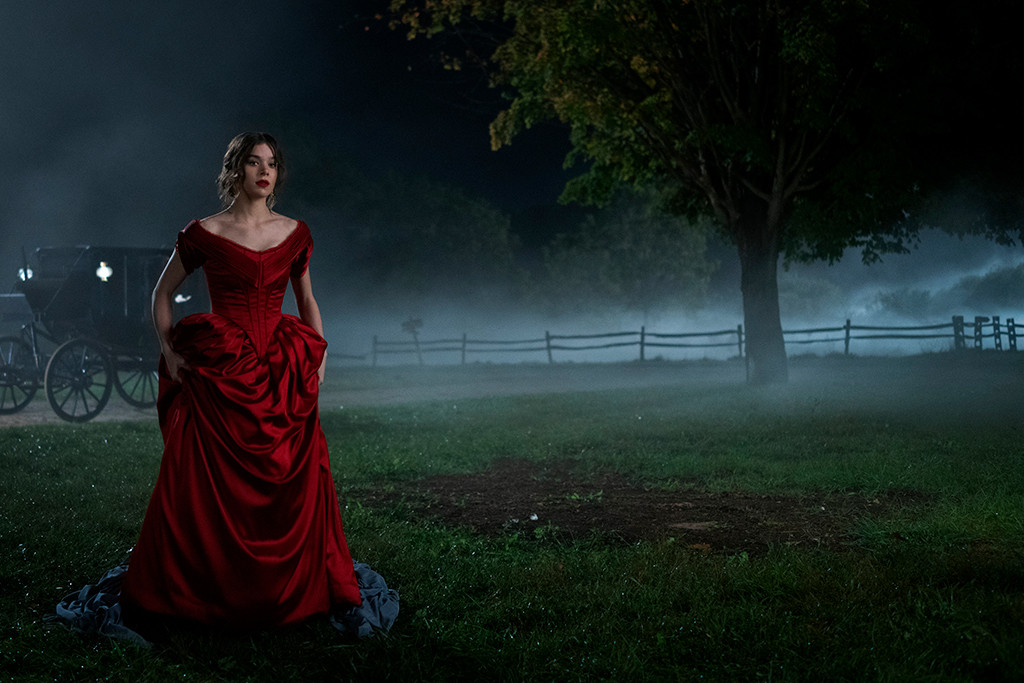 In the month since the Nov. 1 launch, the service has debuted two additional series, the Shyamalan-produced thriller Servant on Nov. 28, which stands as Apple TV+'s best reviewed show at 83 percent on, and the Octavia Spencer-starring legal drama Truth Be Told on Dec. 6, which now stands as its worst at just 39 percent. Ouch.

While audiences certainly seem to be responding better to the programming than critics, the question remains exactly how large that audience is. If we were going off social media chatter alone, we'd be inclined to think it's minuscule. Be honest, when's the last time you saw someone tweet about any of these shows. None of them have been able to generate the chatter that Disney+ did just 11 days later when it debuted, among a handful of originals, The Mandalorian. Two words: Baby. Yoda. 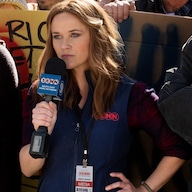 Apple TV+, Disney+ and More: Your Guide to All of the New and Current Streaming Services

In the end, though, what matters most is what Apple wants its TV+ to be. And while the amount of money thrown behind this very expensive programming isn't happening just for s--ts and giggles, it may be that they don't really want to be the next Netflix. In a piece on the company published by Vulture on launch day, the headline read: Can Apple Become the Google of Television?

Perhaps in a bid to temper expectations, Erlicht and Van Amburg spoke with writer Josef Adalian, with the latter admitting the company saw an opportunity "to do video in a different way than others."

"There was also an opportunity in the user experience and user interface to fill a gap that was missing," he continue, adding that the landscape had "become a little bit of the Wild West" with the number of apps consumers must shuffle through on their smart TVs—not to mention passwords to remember—just to enjoy all the programming they're already paying for. "We're looking to simplify the viewing experience." 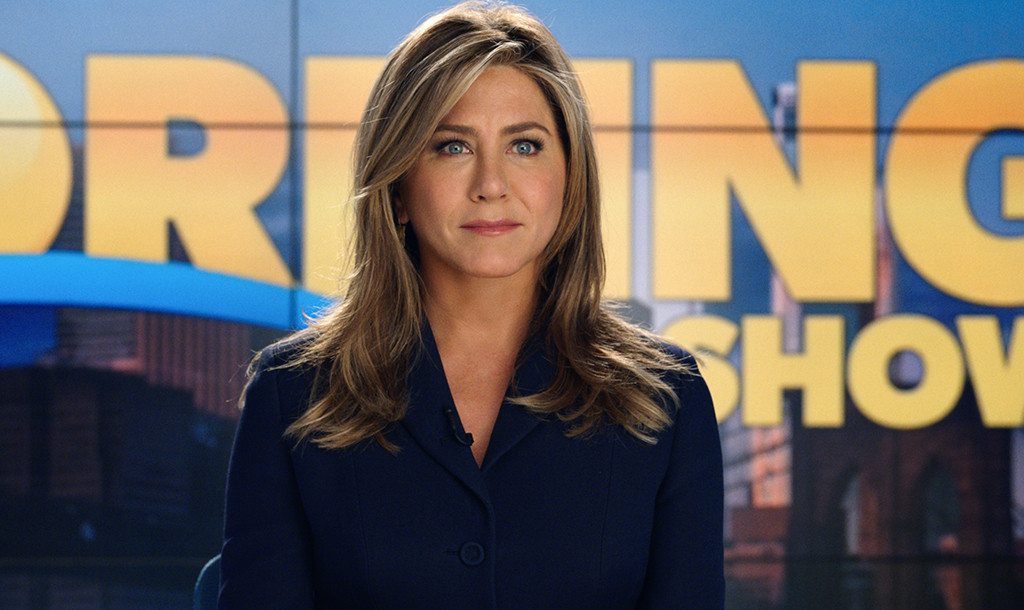 So, as Adalian wrote, "a key part of [Apple's] overall strategy is to use its flashy originals as a billboard for Apple's bulked-up TV app. Much the way Google moved early in the internet age to establish itself as the dominant power for web search, Apple wants to become the home page for video—the place people go to discover, buy, and watch everything streaming, anywhere, whether it's a show, a movie, or a network."

In other words, Jennifer Aniston is just being used to get you to see how smooth the app experience is and, hopefully, even if you hate her show, you'll be inclined to keep using the app. How will they make any money off you if you do that, you ask? Well, they've introduced Apple TV channels, which allows users to subscribe to existing services like HBO Now, Showtime, or CBS All Access using their Apple accounts. In return, those services reportedly have agreed to kick as much as 30 percent back to Apple for the business. (Netflix, Prime Video and Hulu do not participate, per Vulture, though the latter two do allow for full integration into the interface. Netflix, meanwhile, wants its users logging in to it and only it.)

All of this is to say that, for the world's biggest tech company, it basically all comes back to the tech.

Now, that's not to say that the fate of the originals—all except for Truth Be Told have already been renewed for second seasons—is completely irrelevant. And the fact that, 11 days in, a restructuring of its executive ranks saw Kim Rozenfeld, head of current scripted programming and documentary and unscripted content (wow, that's a lot), depart, walking away with a first-look deal with the company for his production shingle, Half Full Productions. Clearly, there's plenty of care being taken towards the health of their programming slate.

But if it's merely the bait intended to lure people into getting hooked on their TV app, they're going to need a Baby Yoda of their own before everyone's free year is up and they have a choice to make. The question is: What if one never comes?

Interesting, it shall be.