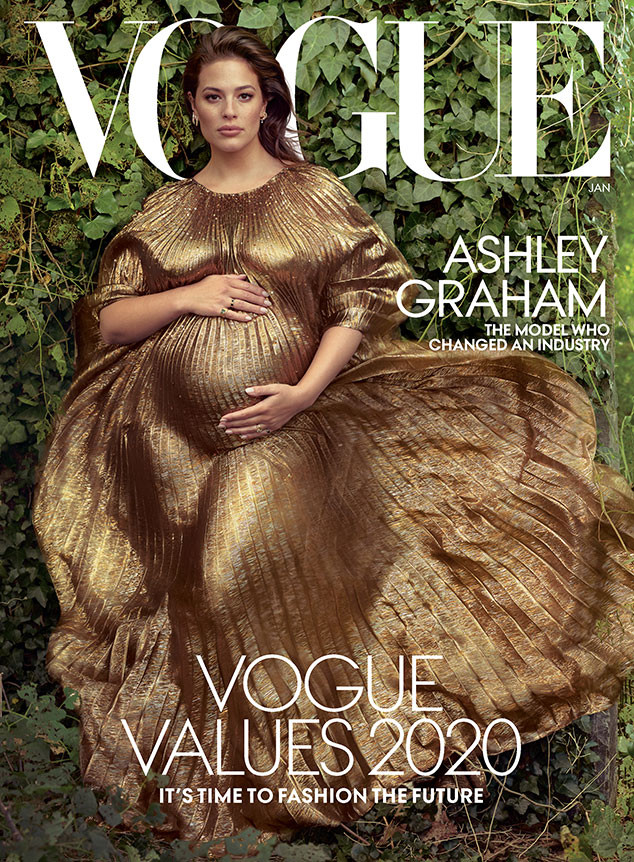 Currently expecting her first child with husband Justin Ervin, the supermodel glamorously captured this special time in her life by way of her first solo American Vogue cover—just in time to kick off a new decade. The magazine unveiled the January 2020 cover—one of four for the new month and fitting for Graham's January due date—bright and early on Friday. It wasn't long before Graham was joyously celebrating the milestone on social media.

"A VOGUE COVER!!! — celebrating inclusivity, mothers, pregnancy and love —  is so surreal. I have dreamed of this moment my entire career since I was a catalogue model living in Nebraska 18 years ago," she wrote on Instagram. "Thank you @voguemagazine and #AnnaWintour for embracing a conversation around pregnancy and motherhood, which can be both an incredibly exciting and also isolating. The community and support I have discovered along the way has been incredible, and to share this monumental moment with my son and husband in the pages of Vogue could not feel more special. @annieleibovitz, you made me feel like a true pregnant goddess." 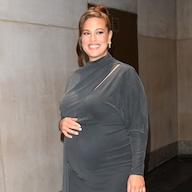 As she referenced in her Instagram message, the 32-year-old was characteristically candid as she reflected on her pregnancy journey with Vogue, including the rollercoaster of emotions, useful advice she's received and her hunt for pregnant sex positions. 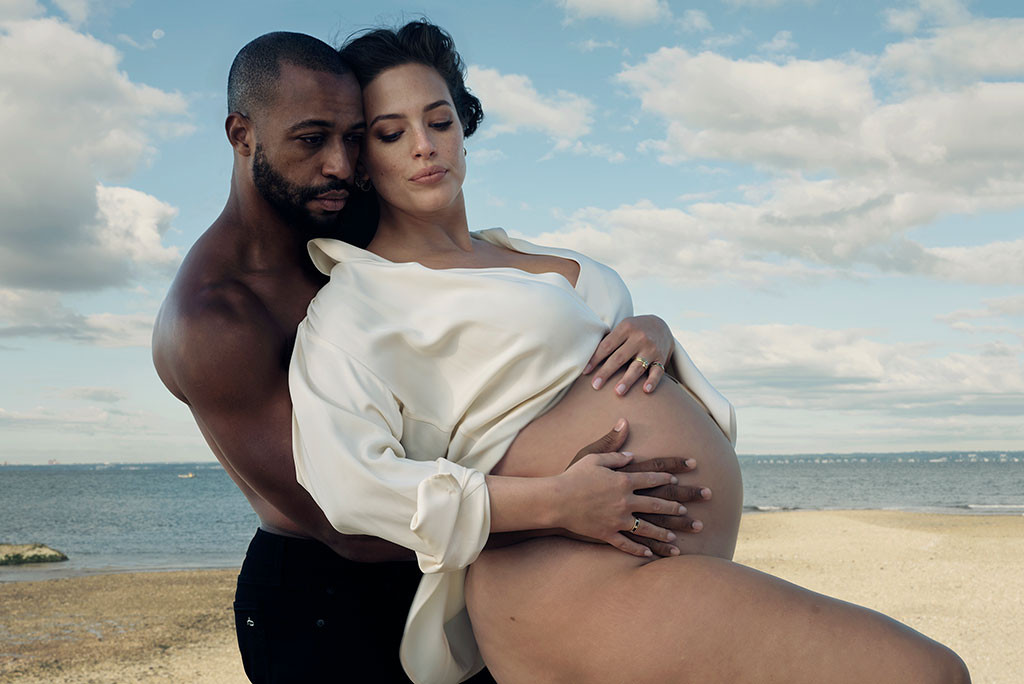 "I need my alone time, but when I do go out, I'm usually the life of the party. Now all anyone wants to talk to me about is being pregnant," she explained to the magazine. "There's just this camaraderie. It's a secret society that I didn't know about. I was hiding my pregnancy for the first four months. I've always had control over my body—when everyone else wanted to dictate what it should be, I took full control over it—but I had this life inside of me saying, It's not yours anymore, it's mine. And you have to just succumb. And I felt like I didn't have anyone to talk to."

As Graham recalled, "I was gaining weight rapidly. And I felt alone. And the one piece of advice that my stylist, Jordan Foster, gave me was, Make pregnant friends. None of my friends were in relationships, let alone pregnant. And now I have nine pregnant friends." 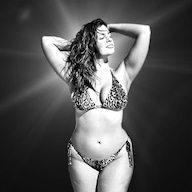 Torrid to Top Model: How Ashley Graham Made Curves Mandatory

On the topic of sex with a bump, Graham is looking for suggestions. "Now, with pregnancy, things have been real-ly diff-er-ent," the Pretty Big Deal podcast host said. "Because there's this huge bulge that can be sensitive if you lay on it or go into a new position. I've been literally asking every single one of my friends who have had babies or who're pregnant, like, 'What positions do you guys do?' This has to be a normal conversation among mothers." 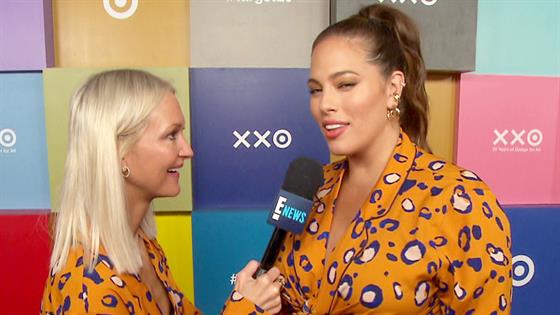 With just over a month left until her due date, the star will soon be mom to a little guy. "I don't know anything about boys, so I'm so excited," she told the magazine. "She owed me a boy," Ervin added. "What with all of this wonderful, divine, feminine energy she has around her 24/7, I want a little sidekick."