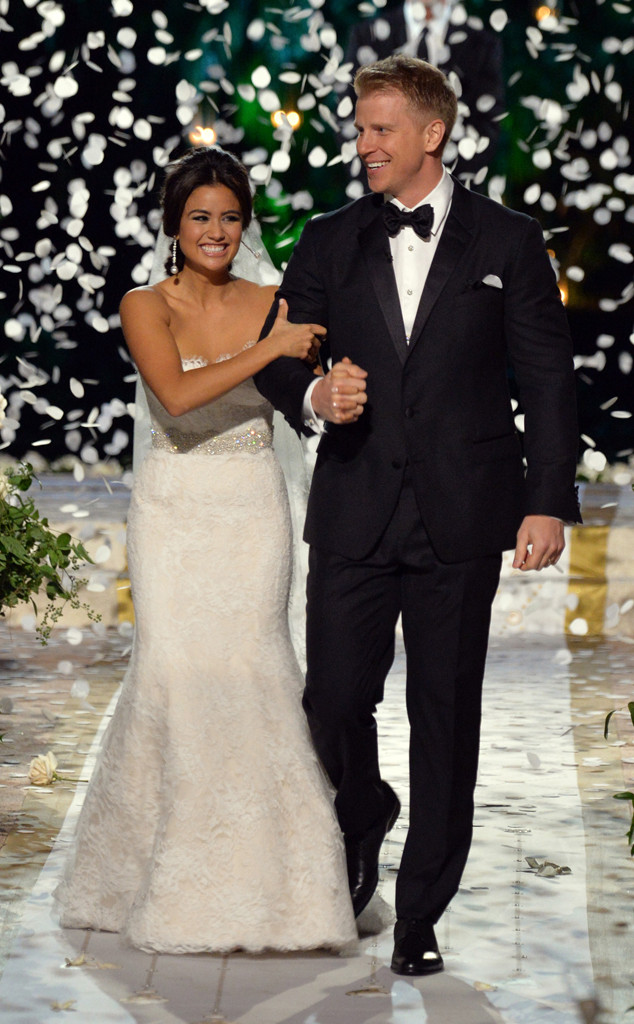 Sean Lowe and Catherine Giudici will soon welcome their third child together.

The longtime loves, who got engaged on season 17 of The Bachelor, have a lot to celebrate this holiday season. On top of a new addition to their family, the couple is gearing up to celebrate their sixth wedding anniversary. The reality show alums tied the knot on Jan. 2014, live on TV!

Sean and Catherine, who are parents to Samuel Thomas Lowe and Isaiah Hendrix Lowe, shared their pregnancy news with fans in June 2019.

"The first two have been pretty cool," Sean wrote in his announcement post. "So why not a third?"

As couple preps for baby, they're dishing to E! News about the upcoming arrival, as well as their relationship post-Bachelor.

"I feel good!" Catherine tells E! News. "I'm trying to manage all the busy things that I have to do. It's kind of the perfect storm at this point because we've got Christmas and the baby coming and my business is just non-stop, so it's just a matter of me being intentional about what is the priority of mine."

She adds with a laugh, "But I feel great!"

When asked if their sons are excited to have a new brother or sister, Catherine shares, "Isaiah doesn't know anything [laughs] but Samuel's been feeling the baby kick and he loves that. They're just so very sweet."

"Samuel when I asked him originally do you think it's a boy or a girl and he was like, a girl, I already have a brother," Catherine says. "So I would love to have a girl but I have to prepare both of us for the potential that it'll be a boy and it'll be another brother." 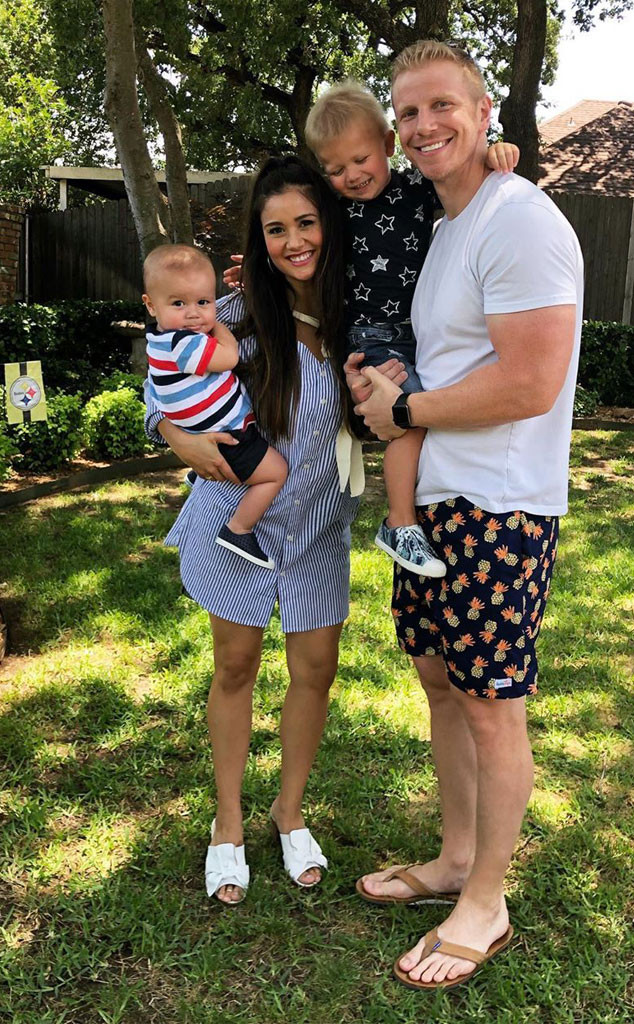 Sean and Catherine have been going strong since meeting on the reality show in 2013, so what's the secret to a successful relationship after Bachelor?

"In my opinion, I think that I found someone who, one, she just genuinely loved me with everything that she had but two, we both committed," Sean explains. "And I give a lot of credit to Catherine because Catherine had to leave her hometown of Seattle, leave her job, leave her friends and basically start a new life with me. But she committed to love me and to work on our relationship and she continued to work after we were married in our marriage to be the best wife she possibly could be, which isn't always easy after making all those sacrifices."

He also adds, "I think it boils down to committing and that's a really hard thing to do especially under those circumstances but I give Catherine all the credit because she did a wonderful job in that regard." 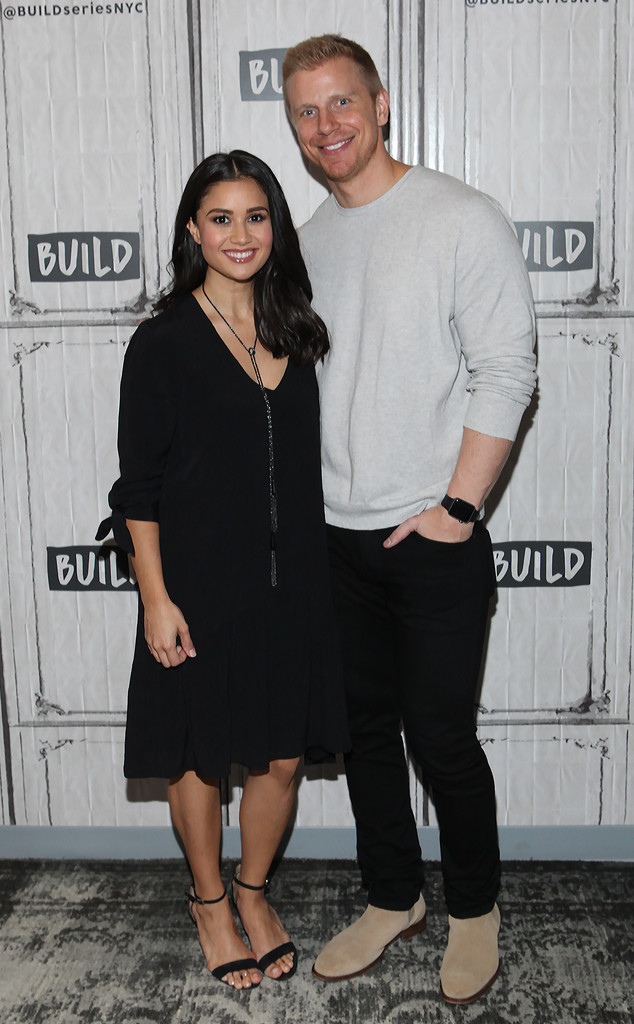 And Catherine agrees with Sean's "sweet" sentiment, telling E! News, "I feel the same way just because in the circumstances where you start your relationship, everything is against you and especially with the man being the lead on a show like this there's a lot of female attention that you get and a lot of just new, exciting things you could take advantage of. And I think that Sean did a really good job of making it clear that he was not interested in anybody else even though he could've."

Catherine adds that they "respected each other" from the beginning and were aware that the times ahead would be "really hard."

With a growing family, one of the couple's favorite things to do is have a night in with their kids. Sean and Catherine, who have partnered with Bertolli Pasta Sauce, love enjoying home-cooked meals as a family.

"I cook the majority of the time and again, it brings me so much joy," Catherine tells E! News. "Even after the baby comes I really want to make that another priority of mine because my other kids think of that as a norm and I want to continue that. It brings them so much happiness. And also how convenient and delicious the Bertolli recipes are with their sauces, it's just an easy win for everybody."