She's not backing down!

Taylor Swift has got a bone to pick with Scooter Braun. The singer has been very vocal this year about her battle with music industry titans Scooter and former mentor Scott Borchetta. After a previous announcement where Taylor expressed her anger over how her music catalog has been handled, she's not going down without a fight.

On Thursday evening, in a post entitled "Don't know what else to do," Swift wrote to her fans, "Guys - It's been announced recently that the American Music Awards will be honoring me with the Artist of the Decade Award at this year's ceremony. I've been planning to perform a medley of my hits throughout the decade on the show. Scott Borchetta and Scooter Braun have now said that I'm not allowed to perform my old songs on television because they claim that would be re-recording my music before I'm allowed to next year."

The lengthy post asked fans and collaborators alike to speak out on her behalf to help her regain her creative control. Many celebrities have now come to her defense via social media.

Friends like Ruby Rose, Todrick Hall and singer Tinashe have all expressed their support. "F--k that," Tinashe tweeted. "We're with you."

Scroll below to see what some of Taylor's famous friends had to say. 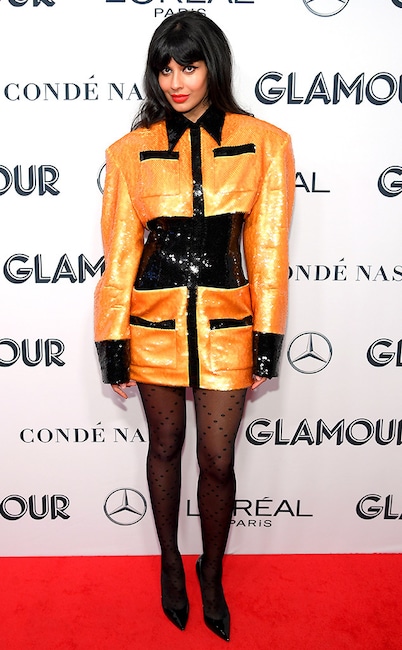 "This is really scary," she tweeted. "If this can happen to one of the biggest artists of all time, I cannot imagine the situation for newbies." 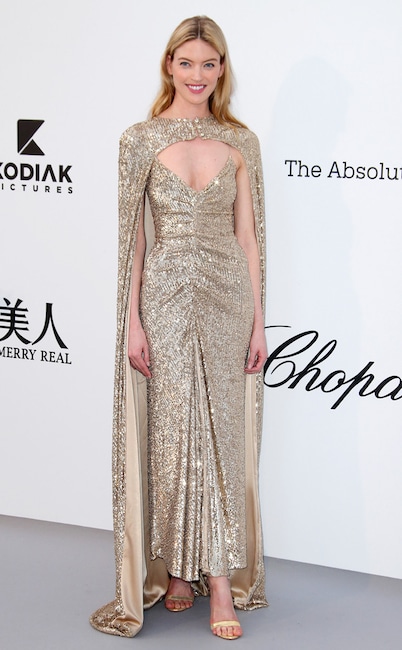 "Corporate power should not have the right to control what @taylorswift13 can and can not do, and then have the audacity to deny their actions?!" she tweeted. 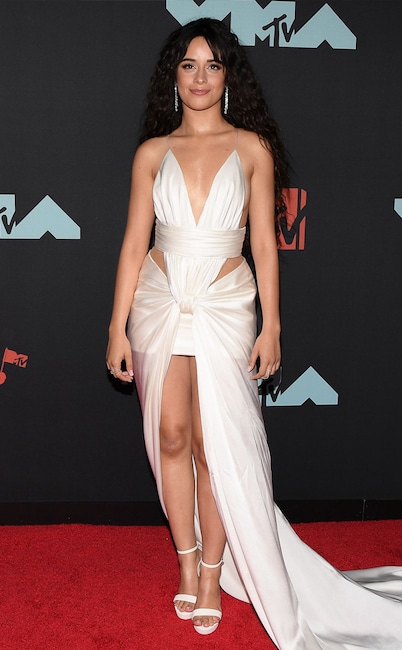 "As a fan of Taylor's music forever, I have some of the best memories of my life listening to her first albums. I remember listening to songs like 'Love Story' or 'You Belong With Me' or 'The Best Day' on the reputation tour and crying from how much those songs mean to be," she wrote in part of the post. "It feels heartbreaking and like the world is being robbed of something important and beautiful that she can't sing these songs, her life's work, with her fans." 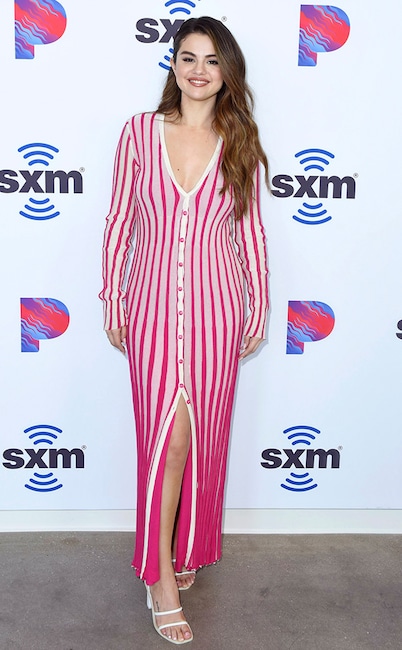 The singer took to Instagram to defend Swift amid the "Blank Space" star's battle with Braun and Borchetta.

"My heart is so heavy right now. It makes me sick and extremely angry," part of the post read. "I don't mind if there may be a retaliation). This is my opinion. It's greed manipulation and power. There is no heart or thought of anyone else's. No respect for the words my friend has written since she was 14 years old in her bedroom." 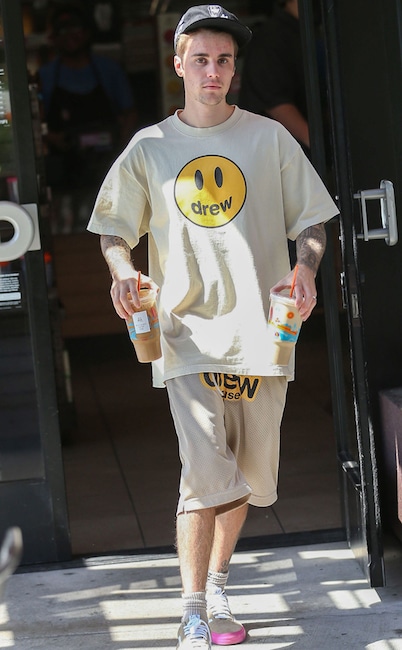 After Taylor made a public plea for clients of Scooter to address the matter with him directly, the performer shared this cryptic message on Instagram: "I'm having a rough day, thought I'd share, remind you [you're] not alone. Keep pushing."

The "Baby" singer, who is represented by Braun, also took to Instagram to defend his longtime manager, back in June. He wrote in part, "Scooter has had your back since the days you graciously let me open up for you.! As the years have passed we haven't crossed paths and gotten to communicate our differences, hurts or frustrations. So for you to take it to social media and get people to hate on scooter isn't fair. What were you trying to accomplish by posting that blog? seems to me like it was to get sympathy u also knew that in posting that your fans would go and bully scooter. Anyway, One thing i know is both scooter and I love you."

In response to this post, Hailey Bieber commented, "gentleman." 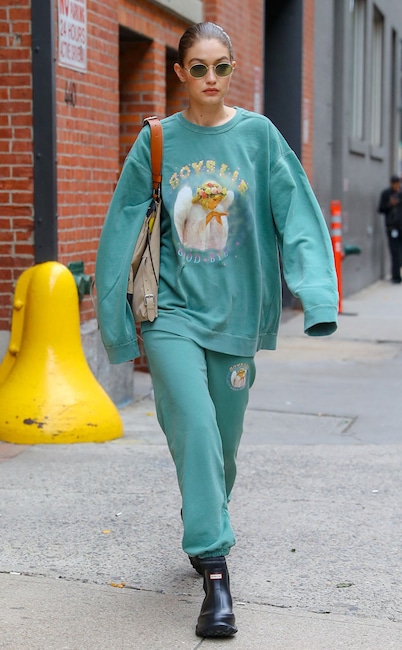 The supermodel and member of Swift's girl squad wrote on Twitter, "Scott and Scooter, you know what the right thing to do is. Taylor and her fans deserve to celebrate the music!!" 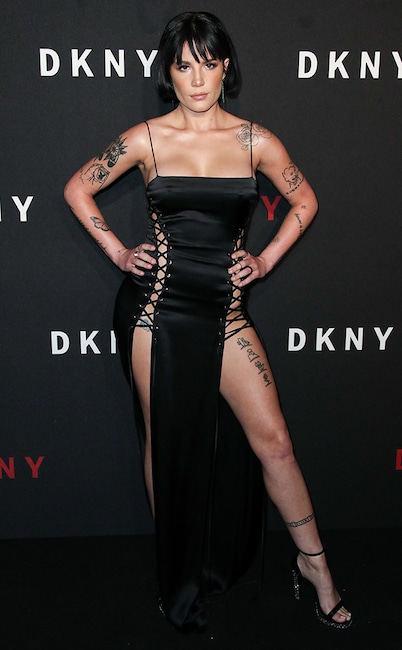 "Not only are we looking at an awful business movie, (because one would be incentivized to allow Taylor to perform her songs seeing as it would direct to rediscovery of a catalog they currently profit off of) but this is just mean. This is punishment. This is hoping to silence her from speaking about things by dangling this over her heard. These people are protected because they inspire complicity with fear. Banking on the illusion that people will not stand up for her. That the world will say she is over reacting. You're barking up the wrong tree. It is her grace and patience in these moments that make her the Artist of the Decade," the singer shared on Instagram.

The "Without Me" singer also took to Twitter in June to defend Swift over her battle with Braun.

"Taylor Swift is a huge reason why I always insisted to write my own music," Halsey tweeted. "She catapulted her stadium into the Milky Way. And it turns my guts that no matter how much power or success a woman has in this life, you are still susceptible to someone coming along and making you feel powerless out of spite. It speaks volumes to how far we have to come in the music industry. The way writers are treated. How as an entertainer you are respected but as a writer you're walked all over. Even when you are both in one single body. I am standing with her." 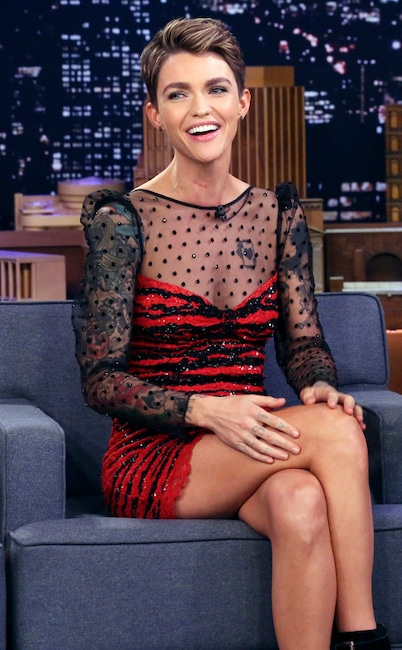 "This is not ok..." Ruby shared on her story along with Taylor's post regarding news of her possibly stalled Netflix documentary and AMAs performance. 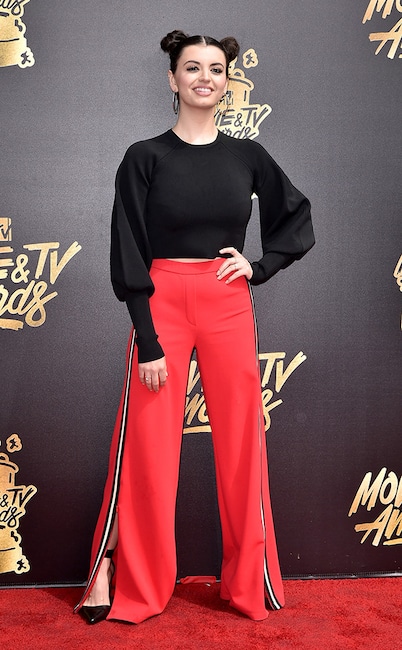 The "Friday" singer weighed in on Twitter, writing, "What a complete power pull... The way this industry is set up, there are times where we have to get legal permission to perform anything we share rights to. but denying access like this is solely to play with and diminish a person." 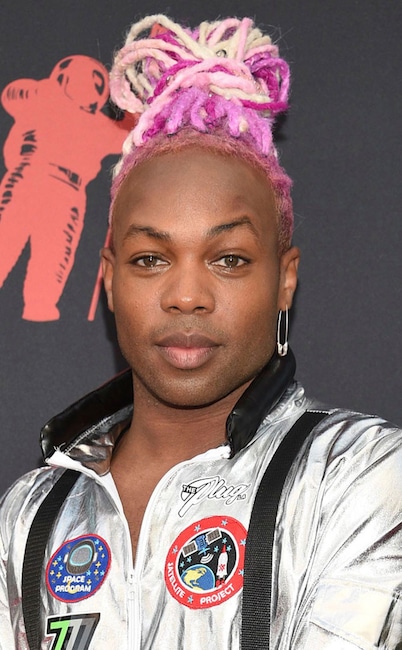 "This makes me soooo angry," Todrick posted to his Instagram story. 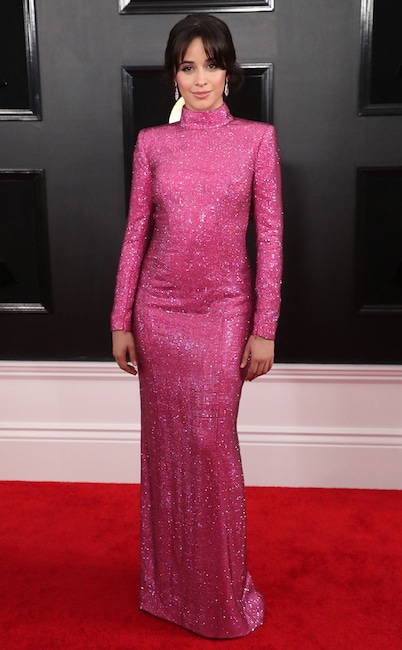 "I don't know a lot about what's going on," the "Señorita" singer tweeted alongside a broken heart emoji, "but I will say I really believe artists should own their own life's work." 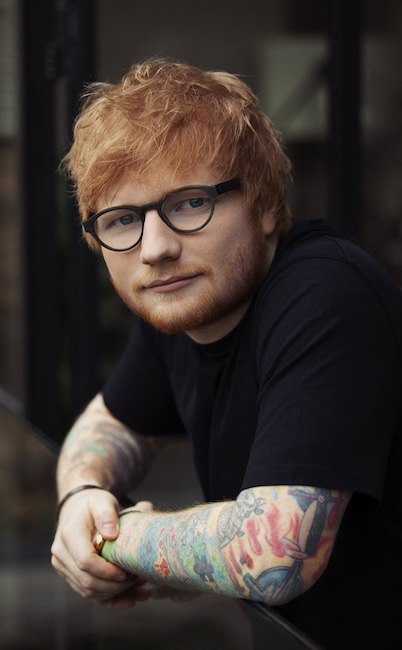 As fans on Instagram began questioning Sheeran's allegiance, one commenter stood up and told them to back off. "Just because he didn't post anything it doesn't me he is not supporting her," wrote one user. "Maybe he's talking with her right now, who knows. You aren't allowed to doubt their friendship just because he didn't say anything on social." Of course, this caught his attention. Replied the singer, "I have been speaking directly to her, like I always do." 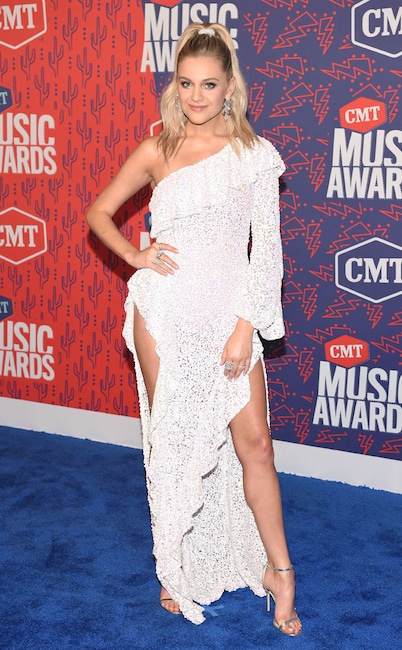 When asked by a fan on twitter what she thinks about the ongoing saga, the country superstar responded with support for Swift: "I've reached out to her and love her very much." 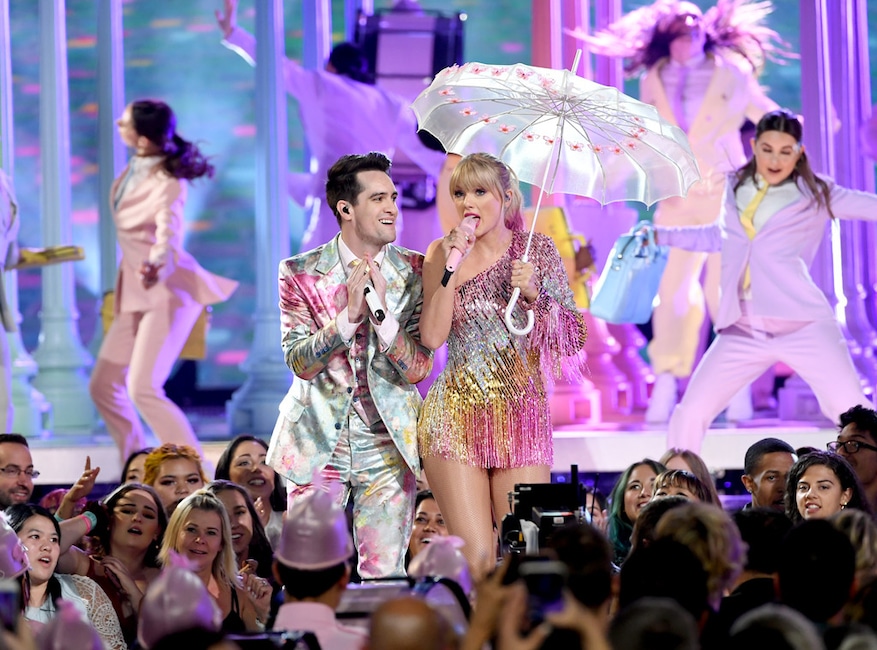 During his livestream on Monday, July 1, Swift's "ME!" duet partner put Braun on blast. "Scooter Braun s--t, like what a piece of s--t, right? You guys know about this dude?" Urie said. "It just like broke my heart, I read Taylor's statement and I was like, 'That sounds about right.' Toxic dudes doing toxic bulls--t in this toxic industry." 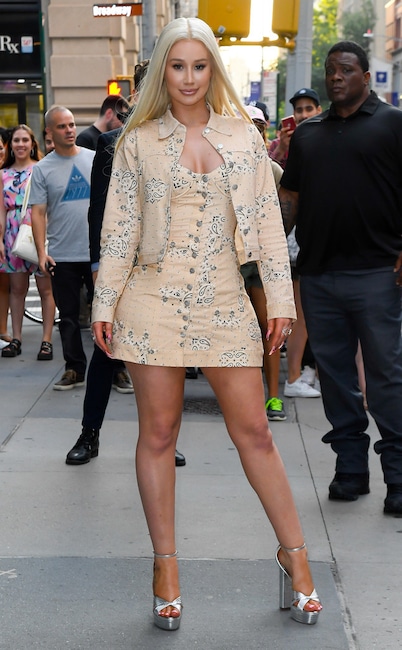 "I think from what I can see; it's more about the fact they didn't even give her the opportunity to at least bid on her own masters; when she's made it known she wanted to purchase," Azalea tweeted in defense of Swift. "I can totally understand where she's coming from." 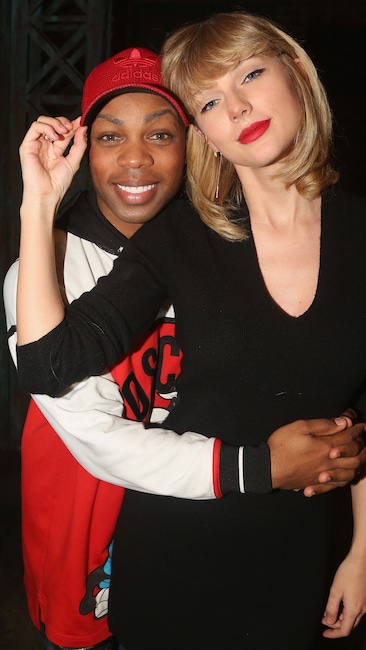 The singer, who is close pals with T.Swift, took to Twitter to clarify he's no longer represented by Braun. "For those asking, I left Scooter Braun a long time ago...I am saddened by this news, but not shocked," Todrick wrote. "He is an evil person who's only concern is his wealth and feeding his disgusting ego. I believe he is homophobic & I know from his own mouth that he is not a Swift fan." 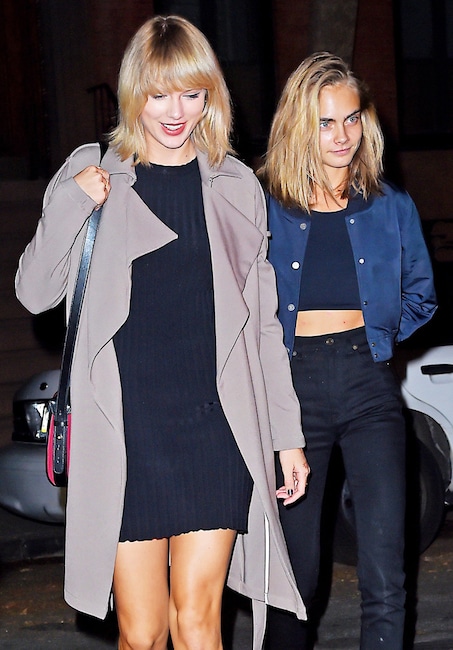 After seeing the posts from the Biebers, actress and model Delevingne took to Instagram to defend Swift.

Commenting on the singer's post, Delevingne wrote, "Gentleman? @haileybieber @justinbieber you must be bored. I wish you spent less time sticking up for men and more time trying to understand women and respecting their valid reactions. As a married man, you should be lifting women up instead of tearing them down because you are threatened. I am not sure you actually understand what an apology is. This issue that @taylorswift is talking out is about far more than a picture and you know that. As you said, you haven't spoken to her in years which means you definitely don't understand the situation. I do. Take a step back and try to learn from this. We should all be on the same team. End of story." 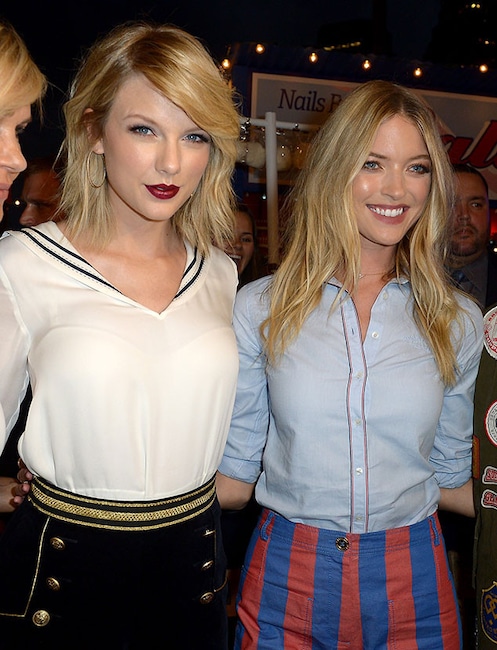 The Victoria's Secret supermodel took to social media to defend her BFF, tweeting, "Taylor doesn't deserve for someone who has constantly BULLIED her to OWN THE RIGHTS to her blood, sweat, + tears. It's not the dark ages - artists shouldn't be held down, and I couldn't be prouder of my friend for standing up for what's right. End of story." 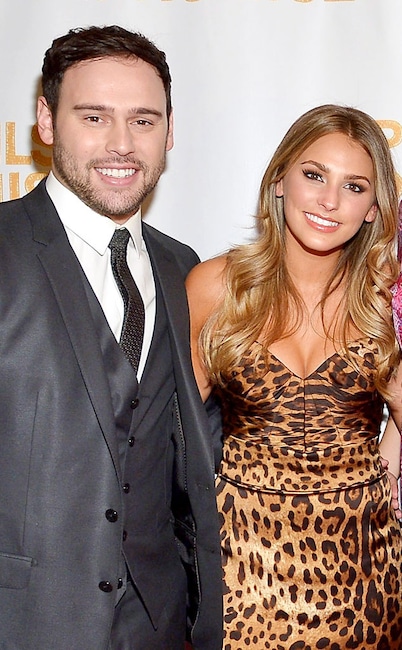 Braun's wife, Yael Cohen Braun, took to Instagram to defend her husband, challenging Swift's claims about the deal. "And girl, who are you to talk about bullying?" Yael wrote in part. "The world has watched you collect and drop friends like wilted flowers." 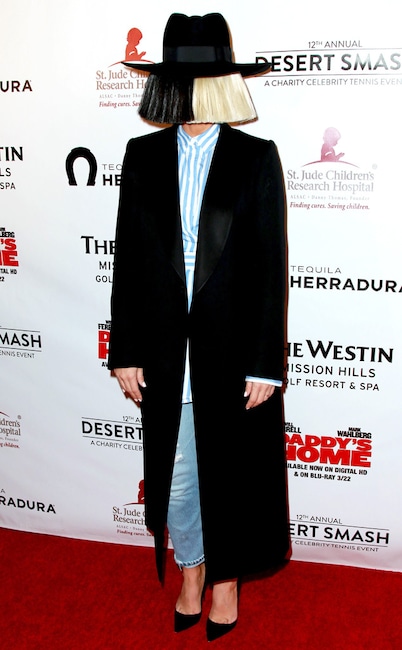 "You're a good kind man @scooterbraun," the singer wrote on Twitter. "I hope this passes quickly. I love you keep going." 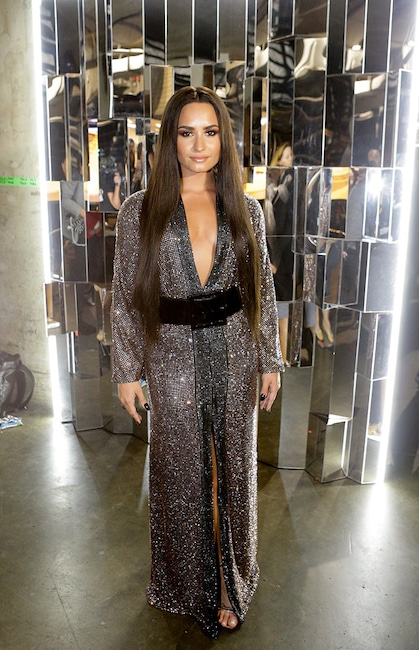 The "Skyscraper" singer, who recently signed with Braun, took to her Instagram Story to defend her manager. "I have dealt with bad people in this industry and Scooter is not one of them. He's a good man," Lovato wrote. "Personally, I'm grateful he came into my life when he did. Please stop 'dragging' people or bullying them. There's enough hate in this world as it is."