We'd hit a club with Kelsea Ballerini any day. But if taking shots and dancing around with her girlfriends in a hotel room is more her scene... yes, still totally works.

The platinum-selling country artist had the whole audience at the 2019 People's Choice Awards dancin' with their feelings Sunday night as she took to the stage to perform "Club," the newest single off of her upcoming third studio album—and a very relatable treatise on why low-key evenings with pals win every time.

While she has made it unabashedly clear in her music that she's up for all sorts of fun, Ballerini—like any artist who was always destined to go her own way—doesn't want to waste time in situations that no longer serve the individual within. 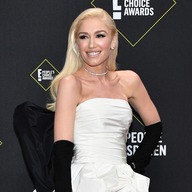 "I can be the life of any party / I can play along with anybody / But sorry, I don't wanna go to the club," the singer-songwriter from Knoxville, Tenn., and nominee tonight for Country Artist of 2019, crooned to the crowd.

"I'm stressin' over conversations / but now that's anxiety I'm no longer facing, 'cause lately / I don't wanna go to the club."

So, consider us honored that Ballerini wanted to come to our party.

"It's like girl-hour power," the star told Jason Kennedy on E! Live From the Red Carpet before showtime, nodding to the many of her fellow attendees who, like Ballerini, was wearing pink. She hit the PCAs ready to kick up her heels in a short skirt and matching crop top with extra organza by Raisa Vanessa that managed to channel bridesmaid chic in a good way. 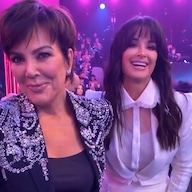 For her performance, she chose another pink confection, a flouncy strapless number that, should she want to go to the club, she'd be assured of VIP treatment and complementary bottle service. 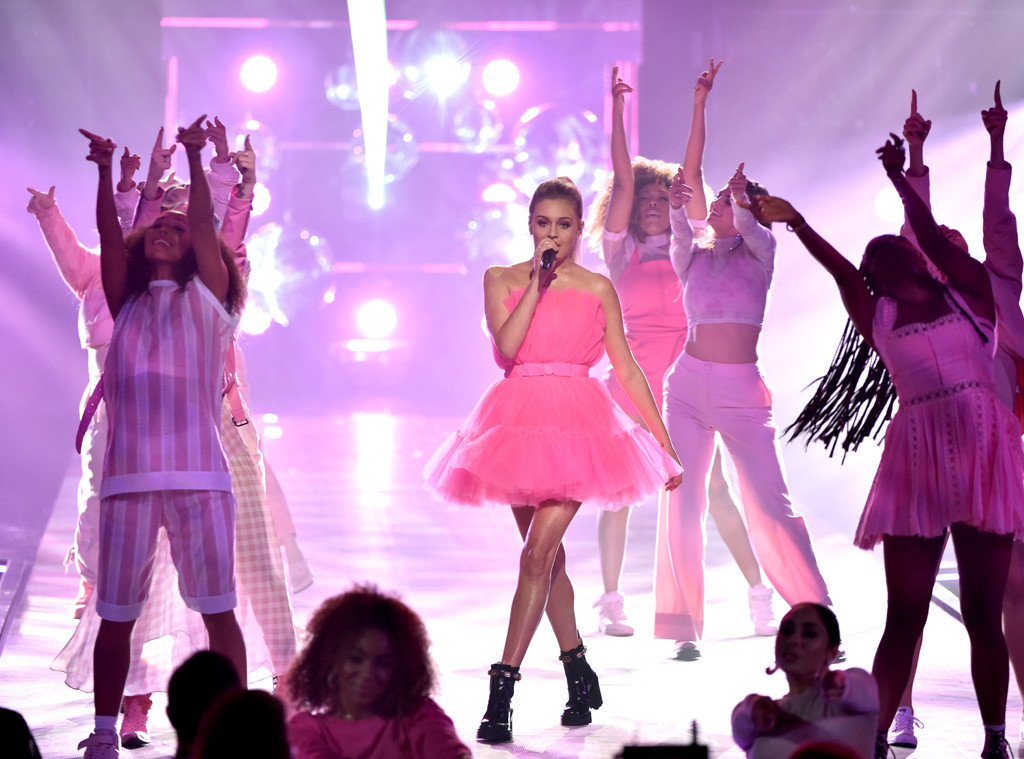 "Club" is a logical follow-up to her previous single, "Homecoming Queen?"—another ode to authenticity, in which Ballerini questions a quintessential popular girl who feels pressured to maintain that facade of perfection at all costs about the price she's paying inside for never letting her true self shine.

Asked if she ever wore the crown herself in high school, Ballerini tweeted back to a fan in September, "I definitely was not, haha. it's a metaphor for somebody that seemingly has it all together and polished from the outside looking in."

So it makes sense that a club isn't her scene. And though she could always pretend she's having fun...

Ballerini's got her priorities.

In a year that included having a Barbie doll designed in her image, an invitation to join the Grand Ole Opry (the answer was yes), and her 14-date Miss Me More Tour this past spring, ultimately it was all about getting her third album done, even while she was vacationing in Greece with husband Morgan Evans.

"The face of a girl that has been listening to mixes this whole vacation and is very, very excited to finish this music when I get home," she captioned one of her "vacation" photos.

And finish Ballerini did, sharing on Instagram in July, "I have no words left for this caption because we wrote them all these last three days, and the last two years leading up. So to put it simply, kb3 is done." 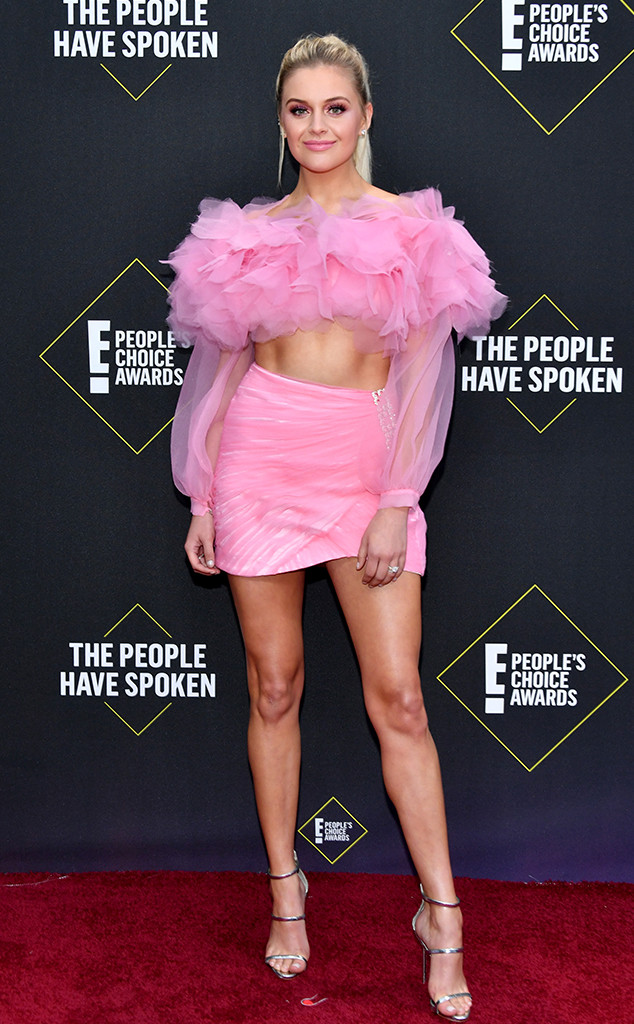 Her collaborators on "kb3" include Ed Sheeran, Ryan Tedder and Julia Michaels, as well as her real-life pals who gathered for her "Club" music video and joined her in the studio, so you can hear them on the track.

"It's really fun to be able to write with other artists too," she explained the process to PopCulture.com this summer. "I haven't really done that before and so you're in the room and they have the perspective of what it's going to be like on stage, and how you're going to be able to communicate it in interviews, and all that stuff."

We got the message, strong, empowering and clear.