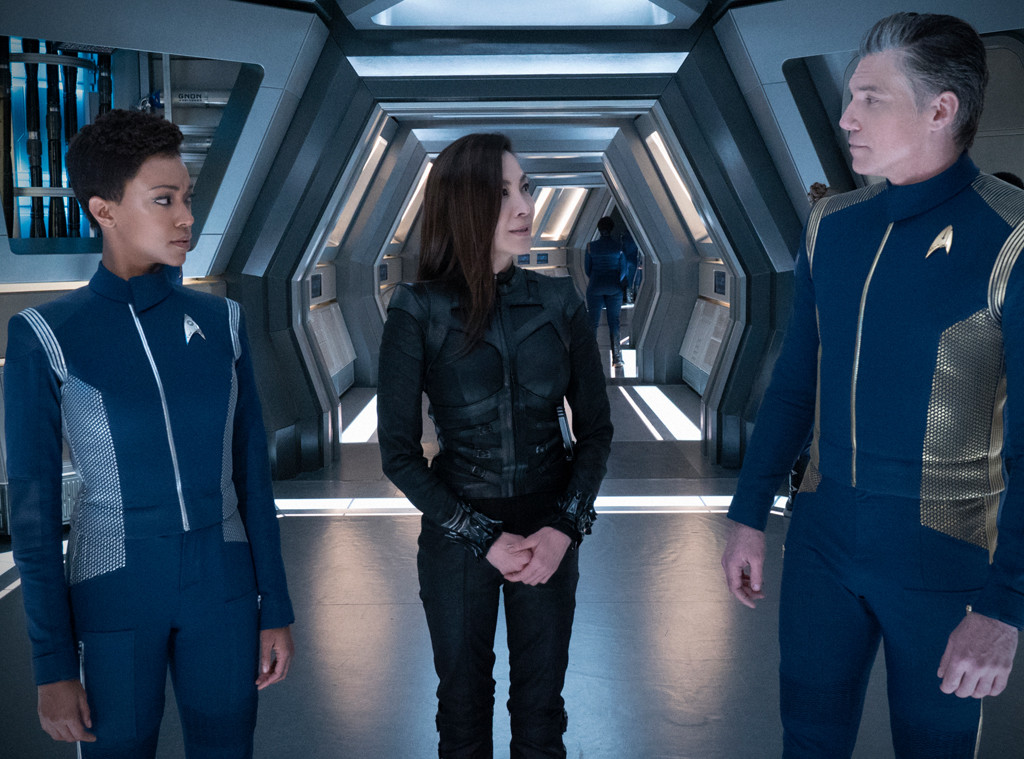 They gang's all here, from Commander Michael Burnham to Ensign Sylvia Tilly. Below, get your first look at the new portraits of Sonequa Martin-Green, Michelle Yeoh, Doug Jones, Shazad Latif, Anson Mount, Anthony Rapp, Mary Wiseman, Wilson Cruz and Ethan Peck. The season two cast also includes Mary Chieffo as the Klingon leader L'Rell. While she doesn't have a new gallery photo, you can see her kick butt in the trailer below all the new photos 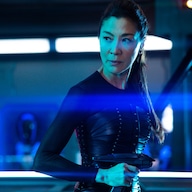 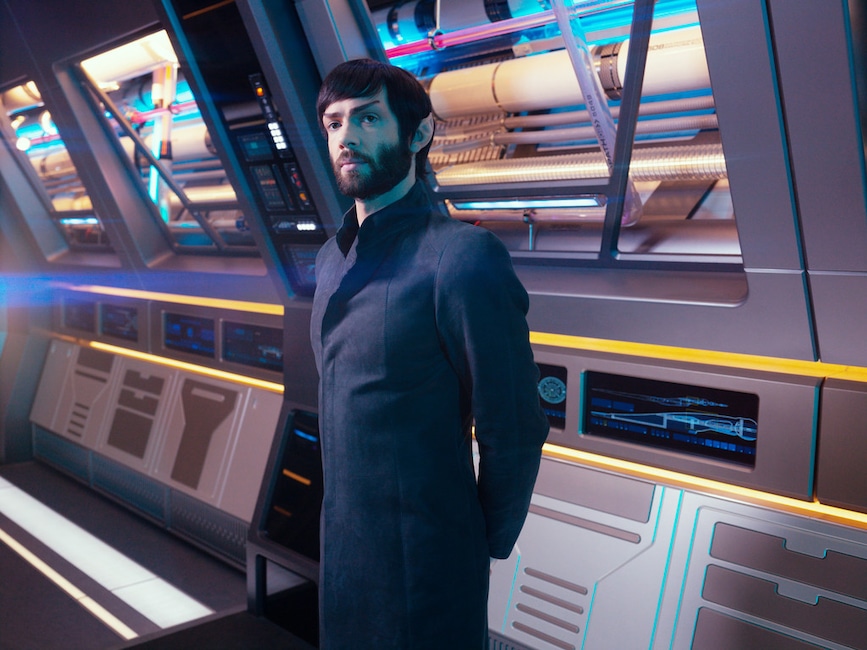 Ethan Peck joins the cast as one of Star Trek's most famous characters, Spock.

"Through 52 years of television and film, a parallel universe and a mirror universe, Mr. Spock remains the only member of the original bridge crew to span every era of Star Trek," executive Producer Alex Kurtzman said in a statement. "The great Leonard Nimoy, then the brilliant Zachary Quinto, brought incomparable humanity to a character forever torn between logic and emotion. We searched for months for an actor who would, like them, bring his own interpretation to the role. An actor who would, like them, effortlessly embody Spock's greatest qualities, beyond obvious logic: empathy, intuition, compassion, confusion, and yearning. Ethan Peck walked into the room inhabiting all of these qualities, aware of his daunting responsibility to Leonard, Zack, and the fans, and ready to confront the challenge in the service of protecting and expanding on Spock's legacy. In that spirit, we're thrilled to welcome him to the family." 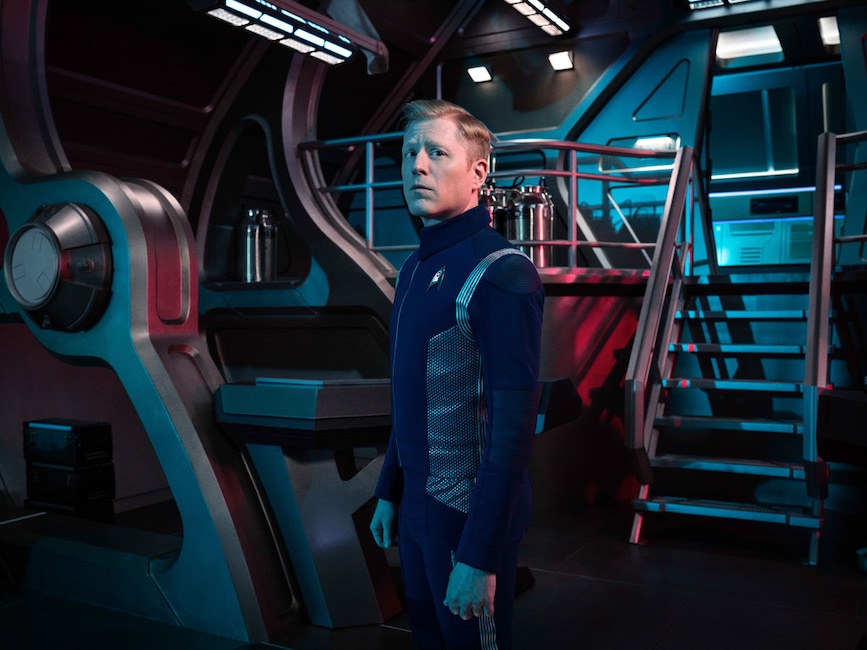 Anthony Rapp's character is back for another round of adventures. How will he do without his beloved husband by his side? Fans might not have to wonder because Wilson Cruz is still part of the cast... 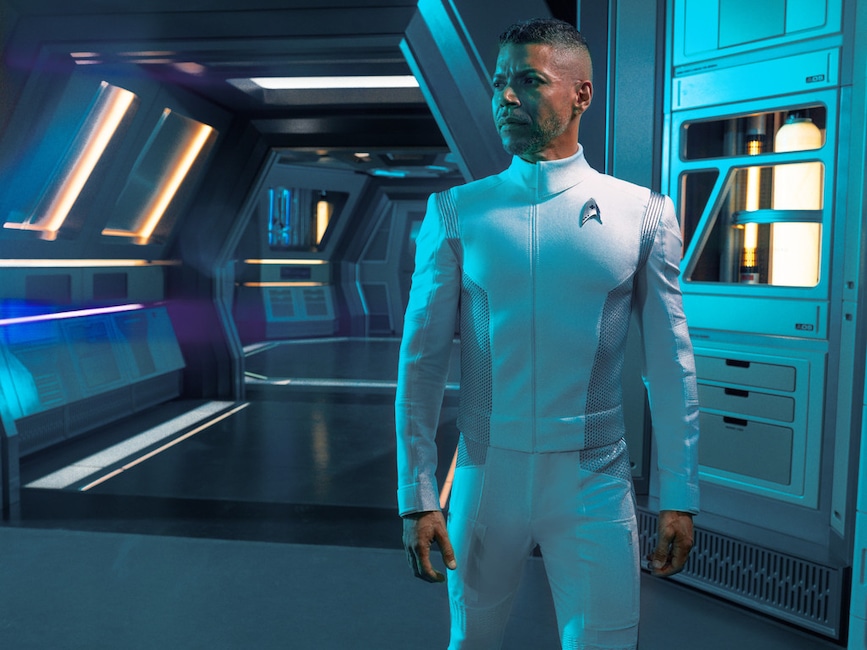 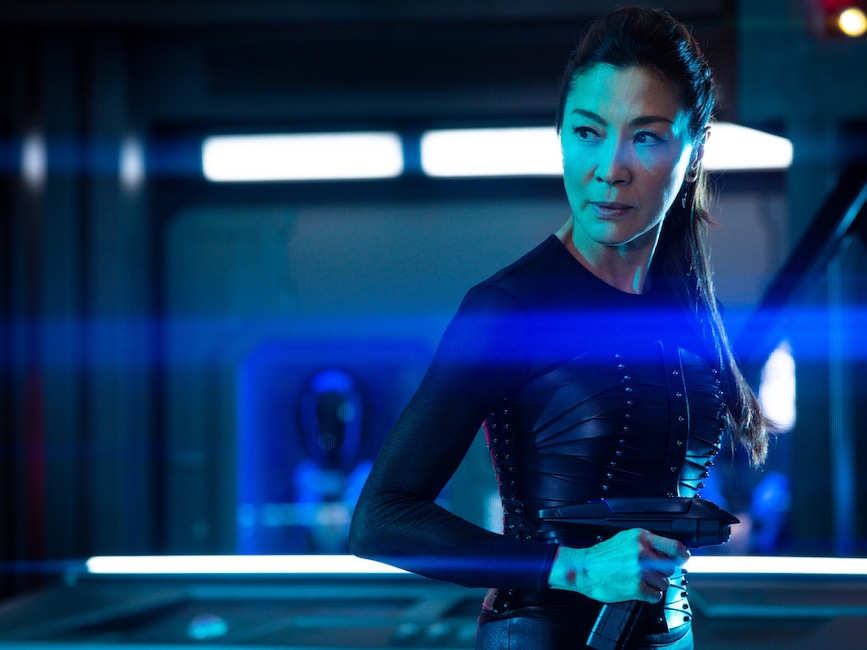 A transplant from the evil Mirror-verse, this version of Michelle Yeoh's character is ruthless—and kicks major butt. 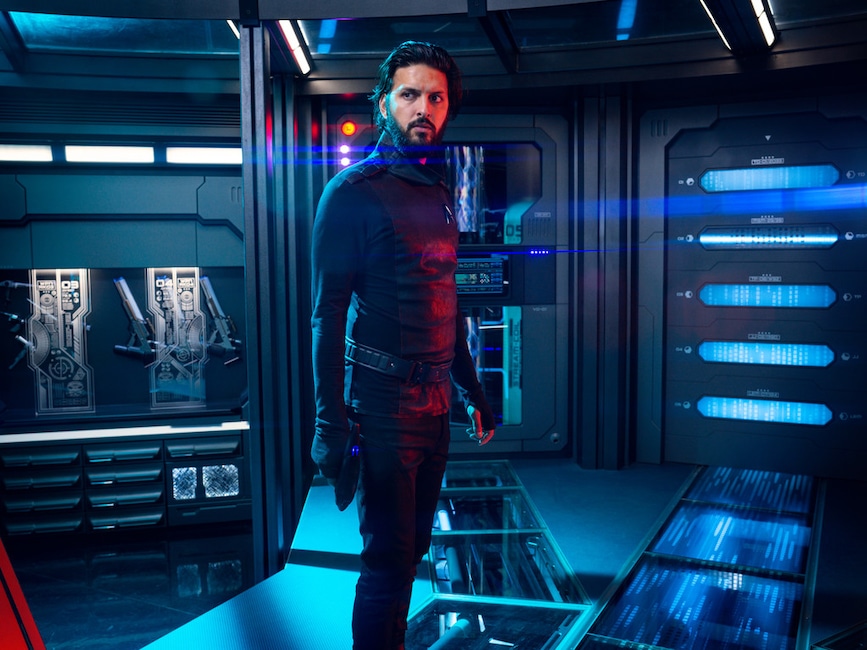 After the whole Klingon reveal, Shazad Latif's character was on the outs with everyone else. 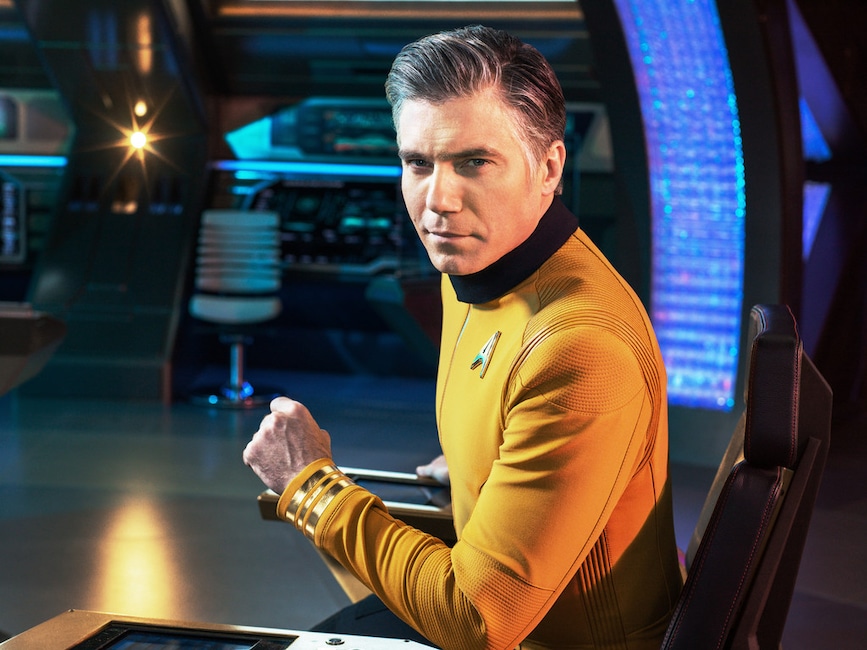 Before the U.S.S. Enterprise was helmed by Captain James T. Kirk, there was Anson Mount's character. 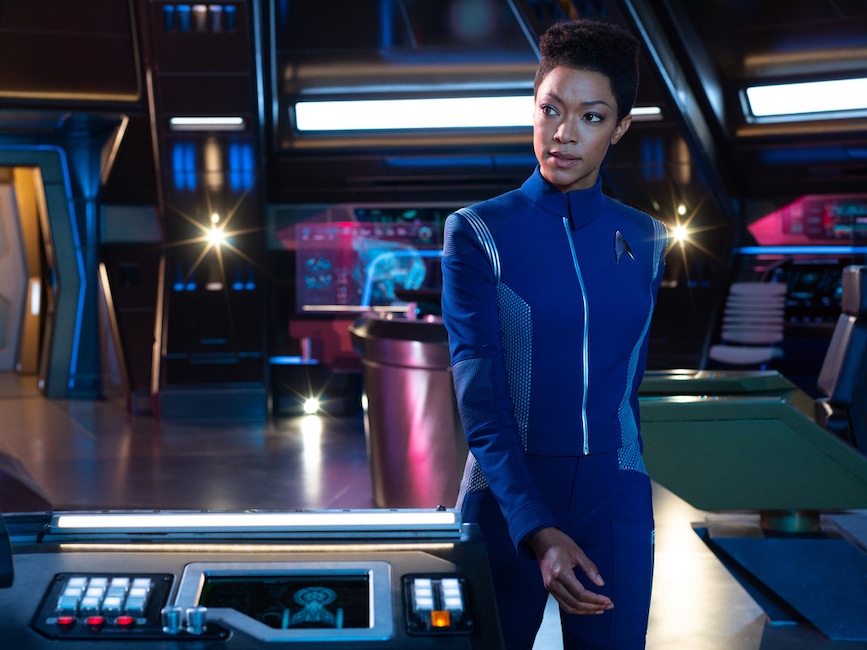 After helping end the Klingon War and being reinstated with Starfleet, Sonequa Martin-Green's character is back in good standing once again. 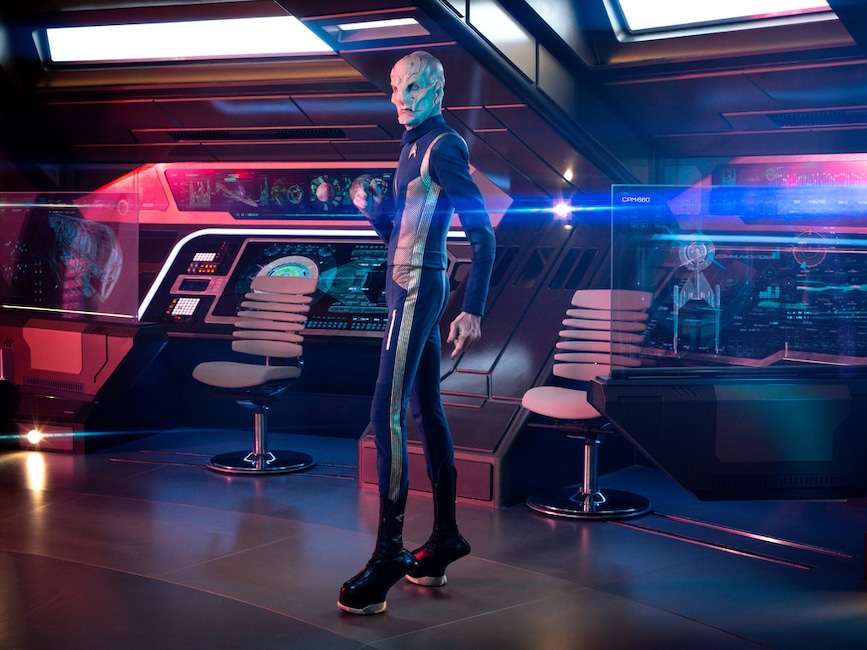 The Shape of Water star Doug Jones is back as Commander Saru. He and Michael Burnham seem to have mended the fences. 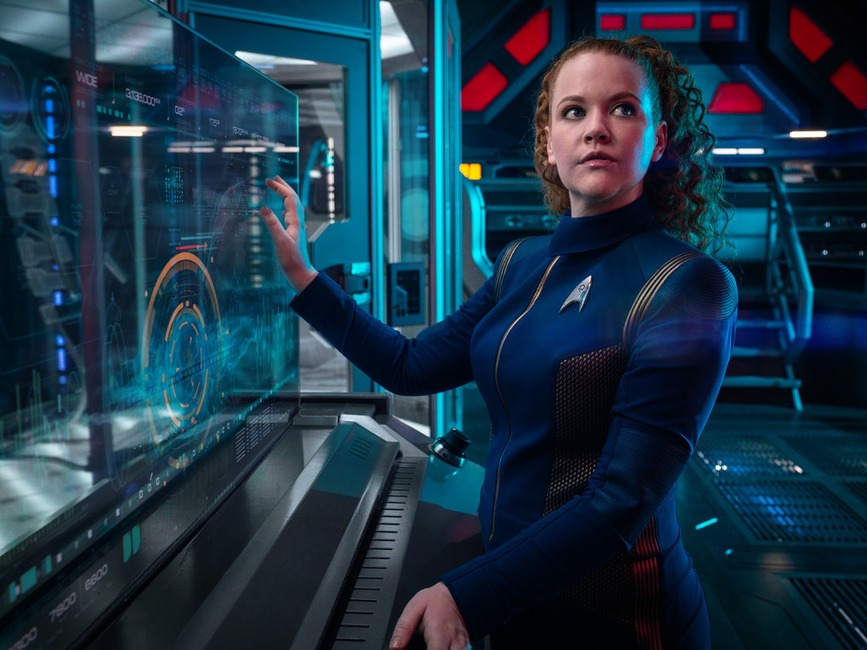 Last season, Mary Wiseman's character instrumental is saving the day on more than one occasion, including with the spore drive.

At the end of the first season, the U.S.S. Discovery answered a distress call from the U.S.S. Enterprise and now the Discovery crew has joined forced with Captain Christopher Pike (Mount) on a new mission to investigate seven mysterious red signals and the unknown being called Red Angel. What's the deal with the mysterious signals? This new team-up means Michael Burnham (Martin-Green) must face her past with the return of her estranged brother, Spock (Peck). Meanwhile, Looks like Philippa Georgiou (Yeoh) is doing some Section 31 work...

See the most recent trailer above.

Star Trek: Discovery drops its first season two episode Thursday, Jan. 17 at 8:30 p.m. on CBS All Access in the United States and concurrently by CBS Studios International on Netflix in 188 countries and in Canada on Bell Media's Space channel and OTT service CraveTV.