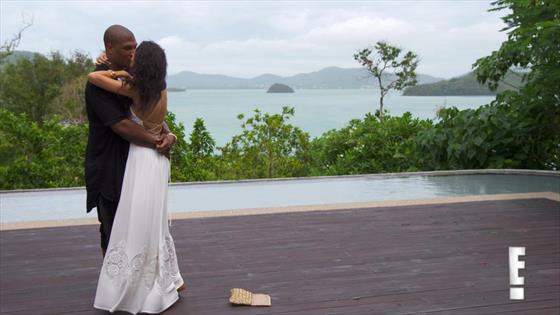 The WAGS LA star tied the knot with fiancé Larry English at the Montage Laguna Beach on Friday, E! News can exclusively confirm.

"We're both so full of love in this moment!" Nicole and Larry tell E! News. "It's been an amazing journey getting here and we couldn't be happier! We are so overjoyed and excited for the future!"

A source told E! News that the guest list for the wedding included Wilmer Valderrama, Brody Jenner, Karrueche Tran, Frankie Delgado and Reggie Bush, as well as Nicole's close friend Christina Milian who was a bridesmaid in the ceremony and wore a black dress. She posted a slew of videos on her Snapchat. 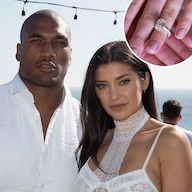 Nicole Williams and Larry English Are Engaged: All the Details on the WAGS Star's Stunning 6-Carat Diamond Ring! 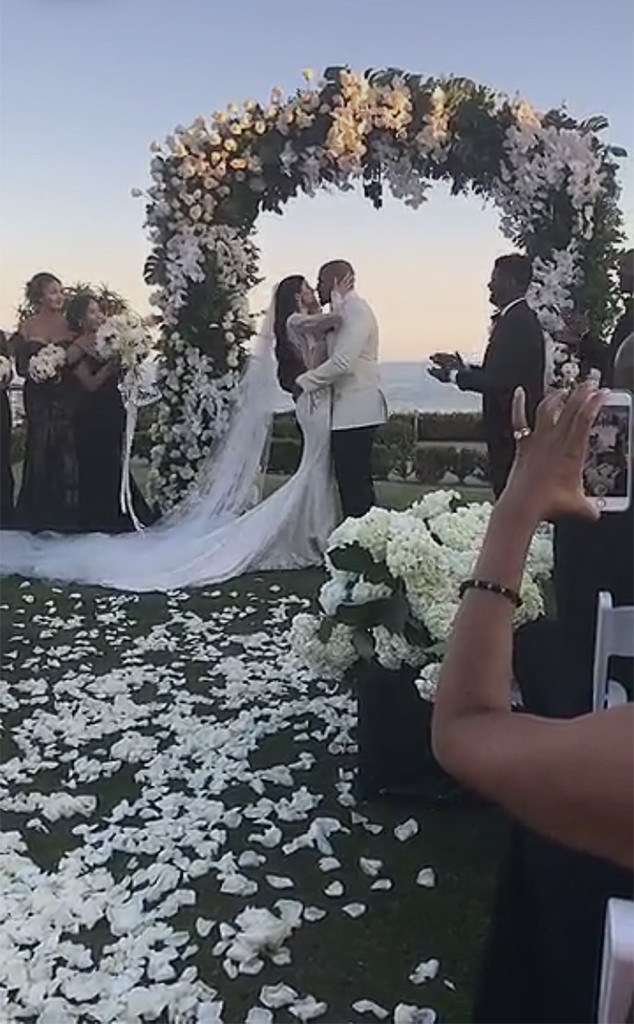 "They said their vows under a big archway covered with hundreds of white orchids, roses and hydrangeas," the insider added. "The ceremony lasted about 20 minutes. The vows were traditional, but it was lighthearted and there were a lot of laughs, especially when the officiant said, 'For richer and for richer' as a joke." 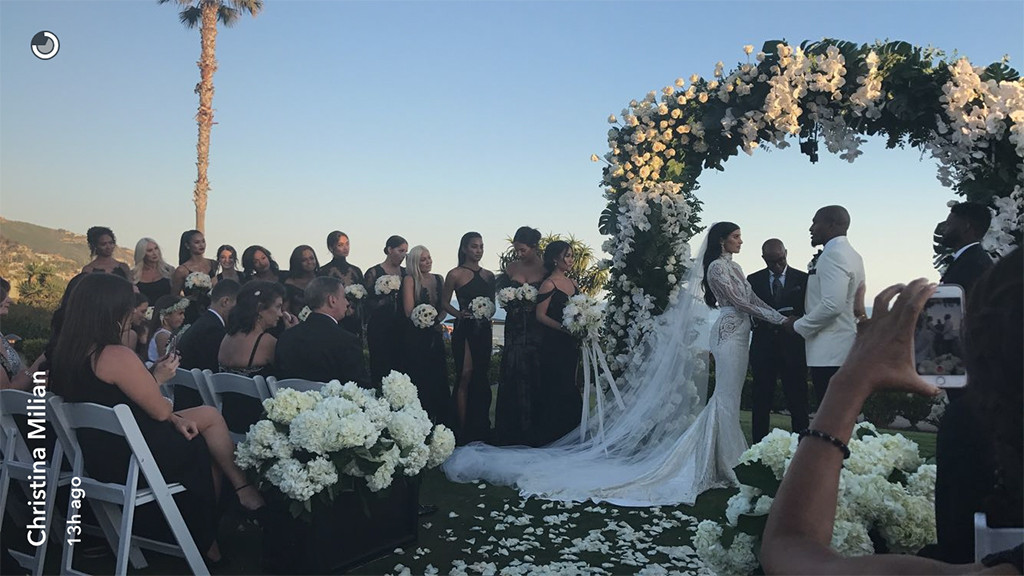 At the reception, the two were introduced as husband and wife and a song by Prince played, which got "everyone in the mood for dancing right away," the insider said.

The party included a live band as well as a DJ.

"The dance floor was white with an N&L emblem in the middle, and they went right into their first dance to 'Can You Stand the Rain,'" the insider said. "Nicole was singing along and getting really into it, but she kept her eyes locked on Larry the entire time. It was a beautiful moment."

After dinner, the bride changed into a sheath dress with a thigh-high slit and put her hair up in a ponytail as she danced with her girlfriends. Milian serenaded the newlyweds and sang "Dip It Low," the source added.

"They loved that and thanked her," the source said.

The bridge and groom carried out several wedding traditions, including a bouquet toss and garter toss. Their wedding cake was made up of six layers and had flowers cascading down the side. They couple "fed each other cake and kissed over and over," the source said.

They then hosted an after party and the guests partied all night. 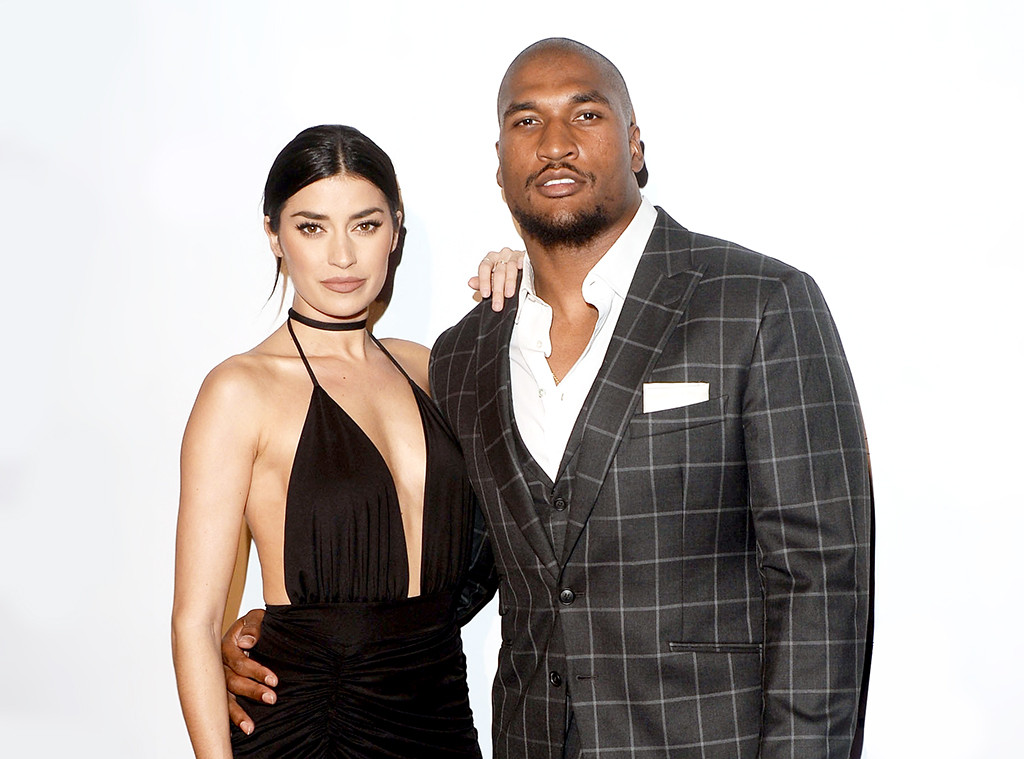 We saw the couple get engaged on the season two finale of the hit E! series this past September. Williams was on a trip with her friends when English surprised her and proposed with a beautiful Ritani ring. And the couple turned to Ritani again to create Nicole's custom wedding band.

Before getting down on one knee, English told his girlfriend of four years, "I really felt like I had to come over here because you didn't have nothing to wear on your left hand. So, I thought I needed to come over here to bring you something to weigh your left hand down a little bit more. So, this was the reason I was coming here because I wanted to bring this to you."

Talking about the proposal, Williams said, "This my fairytale right now. I'm engaged to the man of my dreams!"

"I want to have a baby tomorrow!" Williams said on the episode.

So should we be expecting baby English sometime soon? We'll have to wait and see!

Congratulations to the couple on their wedding!

Plus, check out pics of Nicole's stunning Michael Costello wedding dress above! Martha Stewart Weddings was there at Nicole's last fitting before walking down the aisle where the designer revealed their vision for the dress.

"We wanted the dress to have a sophisticated, modern feel with a very sexy edge…The dress reminds me of rain falling from the sky, but in crystal form," he shared.

How amazing does she look in the dress? Beautiful!