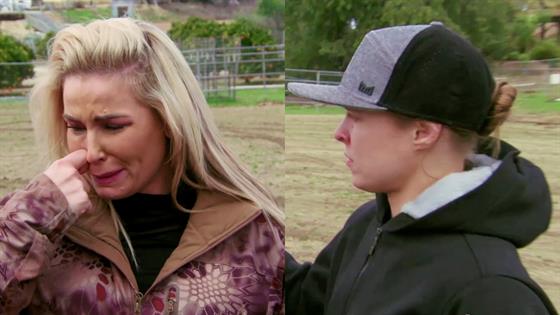 There is quite a sisterhood within the WWE.

Ronda Rousey learned that both in and out of the ring thanks to her journey on Total Divas. Yet, at the start of her WWE career, Rousey wasn't entirely sure about joining the Total Divas cast.

"It was a really big leap of faith…I've had some negative experiences with reality television before and I was really hesitant to be a part of it," the MMA fighter turned wrestler noted to E! News during an exclusive chat. "I'm really so glad that I did. You know, I'm really glad that I didn't let past experiences keep me from being able to enjoy this one."

And, despite her myriad of professional titles, Rousey credited co-star Nattie Neidhart for showing her the ropes. In fact, the 32-year-old athlete went as far as to dubbed Neidhart her wrestling "Sherpa."

"I think the one thing they really missed was how much of a guide she was being to me throughout that whole process," Rousey stated on her on-camera friendship with the wrestling scion. "'Cause, I was coming into the business knowing absolutely nothing about it—and she was my Sherpa through a lot of it."

Since Rousey "really considered [Neidhart] a mentor professionally" and had also previously lost a parent, she felt it was her responsibility to help the Canadian-born wrestler cope with the death of her father.

As E! readers surely recall, Neidhart shockingly lost her father, wrestling legend Jim "The Anvil" Neidhart, back in Aug. 2018. While struggling with this loss, Neidhart joined Rousey for a heart-to-heart at Browsey Acres.

"We both lost our dads. And when she was going through that, I felt like it was fate that I was there and had already been through that—and so had my husband. It just really felt that we could be that support system and understanding for her that she needed at that time," Rousey expressed. "We really did meet each other at the exact point in our lives that we needed each other the most." 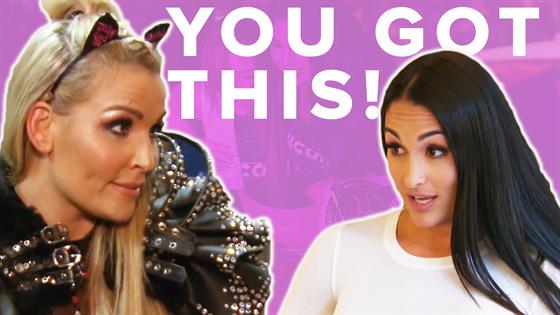 Although, Neidhart wasn't the only WWE superstar to leave a lasting impression on Rousey. Specifically, the Mile 22 actress revealed that her friendship with Carmella was an unexpected one.

"I never thought that I would love Carmella so much. She is just so awesome and sweet," the former Olympian dished. "From like afar, I could be like 'Oh, we're so different, I'm not sure that we'd get along.' And I could not have been more wrong." 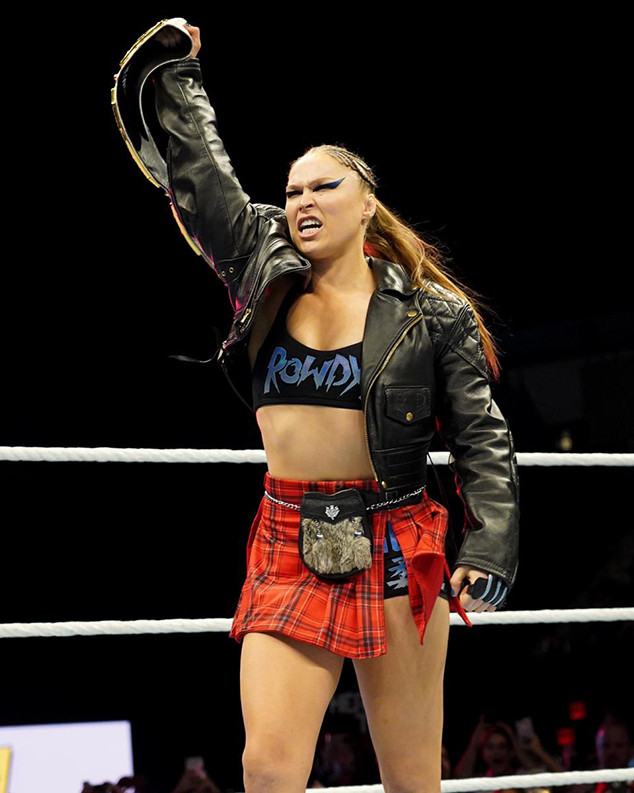 To be clear, the former Raw Women's Champion enjoyed getting to know all of her co-stars, she just wished she got to spend more time with Sonya Deville, Carmella and Trinity Fatu (who were on Smackdown).

This brand separation may've played a part in the misconception about Rousey's in-ring character. As fans saw this season, Rousey ruffled a few feathers by bringing a villain persona to the ring and social media. 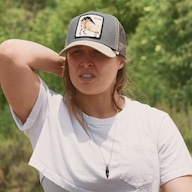 "I could see how people could be upset about it, but I don't believe that I did anything wrong," the Total Divas star relayed. "I think when I'm calling the wrestling culture into question and really feuding with the WWE Universe themselves, purposefully pissing them off is part of my character."

As for her peers' reactions? Rousey made it clear that she "wasn't purposefully trying to disrespect them and their industry."

"I'm trying to provoke a response from the audience—and they understand that more than anybody," Rousey concluded.

What was your favorite Ronda moment from season nine? Be sure to let us know!