The Royals' Sophie Colquhoun and Hatty Preston Dish On Their Juicy Roles, Living With Their Co-Stars and Much More!

We sat down with Sophie and Hatty, who dished on their roles, co-stars, what it's like living with each other, and much more. 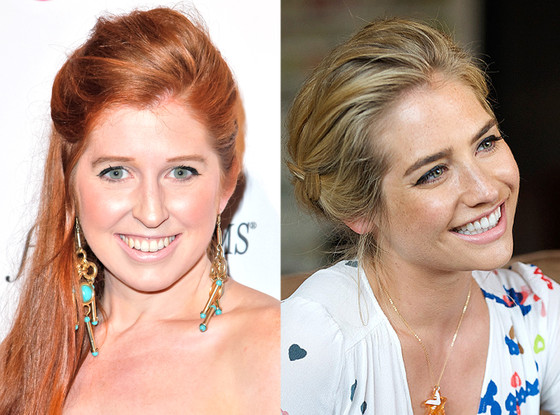 "It's interesting to see the other scenes and how they relate to the scenes that you've done," Sophie exclaimed. "We have the most fun characters. I'm not exactly like my character is. She's in a little tricky situation and trying to fight from her corner and she's doing it in a really sassy, bitchy way."

"I love my role," added Hatty. "The joy of my role is playing alongside Lydia. We got so lucky because comedically we're on the same page and as a comic actress, there is no greater joy than finding someone who is on the same page as you every step of the way. Sadly, I'm a posh, private-educated dickhead from West London, so sadly, not too different from my character. It was not a stretch but the character is hilarious. She's brilliant, she's a big old slut who has no fashion savvy whatsoever, so the costumes were just the most hilarious things. Each ensemble I wore was worse than the one before." 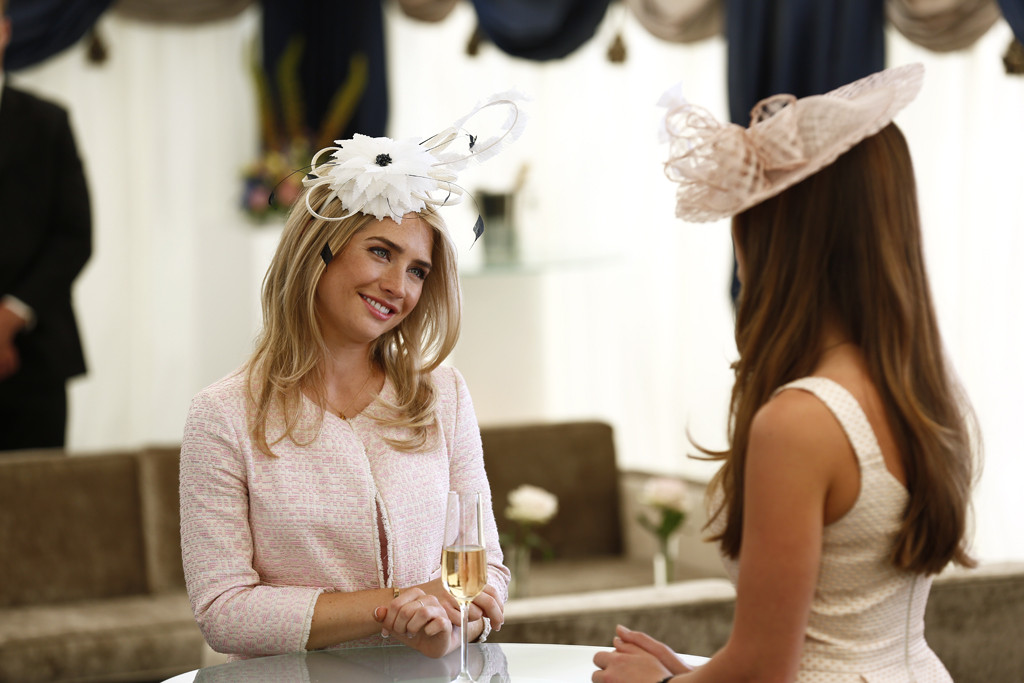 When asked about how they think the show will be received in the UK, Sophie and Hatty hope that viewers don't take The Royals too seriously because it's meant to be a fun TV series, not a documentary.

"We're not aristocracy and we don't know what happens inside the palace," Sophie pointed out. "I think that a lot of that is what's documented and a whole lot of it isn't and that's the whole point of the show."

"I hope the show is received in the vein that it's meant to be, which is with a pinch of salt," Hatty explained. "This is not a suspense-murder-thriller-psychological drama. It is glamorizing what we don't know, which is what goes on behind the gates of the royal family."

When they weren't on set, both actresses admitted that they have spent most of their time together, which included living in Los Angeles in a house with co-stars Tom Austen and Merritt Patterson.

"It's so fun," Sophie said. "We love being together. Right now I'm living with Tom, Merritt and Hatty, and Alex has been around pretty much every day." 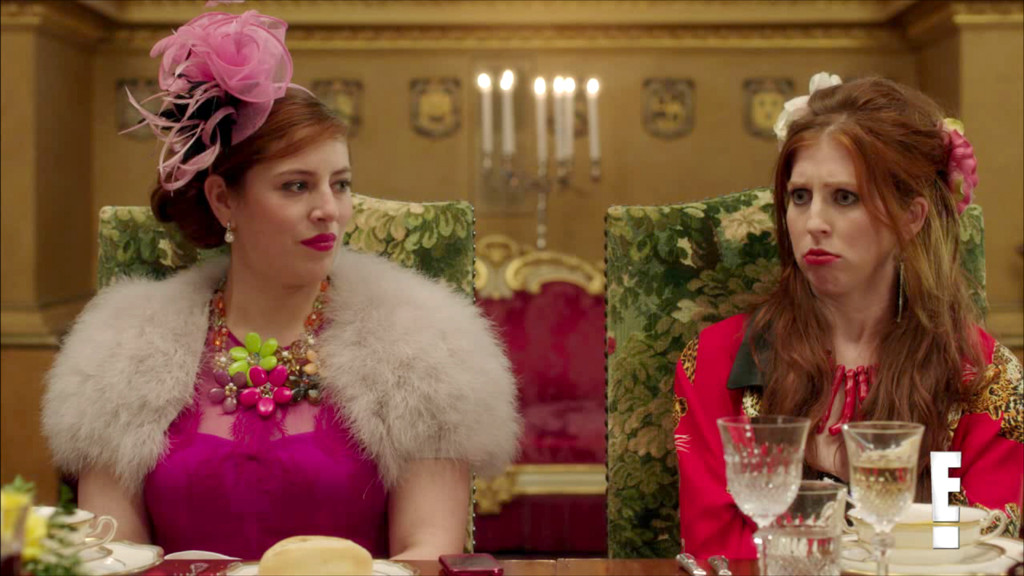 Despite her fun foray into television, Hatty does plan on returning to the place where she feels the most at home after The Royals wraps up—the stage.

"I did stage before The Royals and I very much intend to do stage after The Royals," she explained. Being born and bred in London, it's something I feel very strongly about. There's no greater feeling than being on stage and making people laugh. It's the immediacy of the reaction, it's like a joint experience that I think is next to none."

And it's no surprise really, given the fact that the legendary Jennifer Saunders (Absolutely Fabulous) gave Hatty her first job after drama school.

"She has been such an enormous support and encouragement," Hatty concluded. "She's my vote as a guest star on The Royals. I want her to play our mother. For a female in comedy, she's one of the nicest and most generous women and she has funny in her blood. Jennifer for mom!"

PHOTOS: The hottest royals ever

TAGS/ Shows , The Royals , E! Shows , Elizabeth Hurley , Top Stories
GET POP CULTURED!
*Email entered incorrectly. Please try again.
By subscribing to our newsletter you agree to the Privacy Policy and Terms of Use
Daily
Weekly