"Guys, I'm eating junk and watching rubbish, you better come out and stop me!"

Oh Home Alone, how we love you so! This 1990 film is basically a picture of our childhood, except we didn't grow up in Chicago and our name wasn't Kevin. That being said, we do watch Home Alone every holiday season because it reminds us of our childhood Christmases, which is always a good thing.

As we've grown up we've learned that maybe you should call the cops if two burglars are planning to hit your house, and maybe a parent should count their kids, not their annoyed niece while rushing to the airport.

Oh, and maybe don't call your nephew a "little jerk." We're looking at you uncle Frank!

That being said, when it really comes down to it, the holidays are prime time for nostalgia and reminiscing about the past, which is why Home Alone is so perfect. 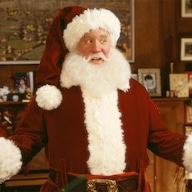 We Will Never Skip The Santa Clause at Christmas Time & There's a Reason for That, Well, 10 Reasons Actually

It's sort of like a time capsule to our childhood Christmases and it's one of the many reasons we can't help but turn it on whether we're back at our parents' house or home alone.

If you were a kid in the '80s or '90s (and maybe even beyond) then you know what we're talking about when we say this film brings back some serious memories.

For example, Kevin McCallister's (Macaulay Culkin) clothing choices, love of only cheese pizza—as an adult there are so many delicious toppings to love—and the terrible Christmas concert he ruined, which we all were in back in the day, are so throwback and totally relatable.

Whether you grew up in cold weather and had a massive family like Kevin, or grew up on the west coast with one sibling, kids from this movie's era are brought back to their younger days from the moment this movie begins.

The great music, the outrageous Christmas decorations, and wild family dynamics are like looking at home videos of our own celebrations and it's just wonderful.

Check out all of the reasons we feel so connected to Home Alone and why it really does feel like we're back at our childhood Christmases below.

Warning: you will immediately want to watch Home Alone—which you should do—and chow down on ice cream in your pajamas upon reading this. The movie starts off with Kevin McCallister (Macaulay Culkin) wanting to be grown up and taken seriously, which is pretty much every child's dream even though they should be dreaming of what to play or do next. The vibe of the movie and Kev's scene where he looks like he's shaving AKA channeling his dad is what all kids did at least once. Who didn't want to be their parents with their fancy clothes and big shoes? 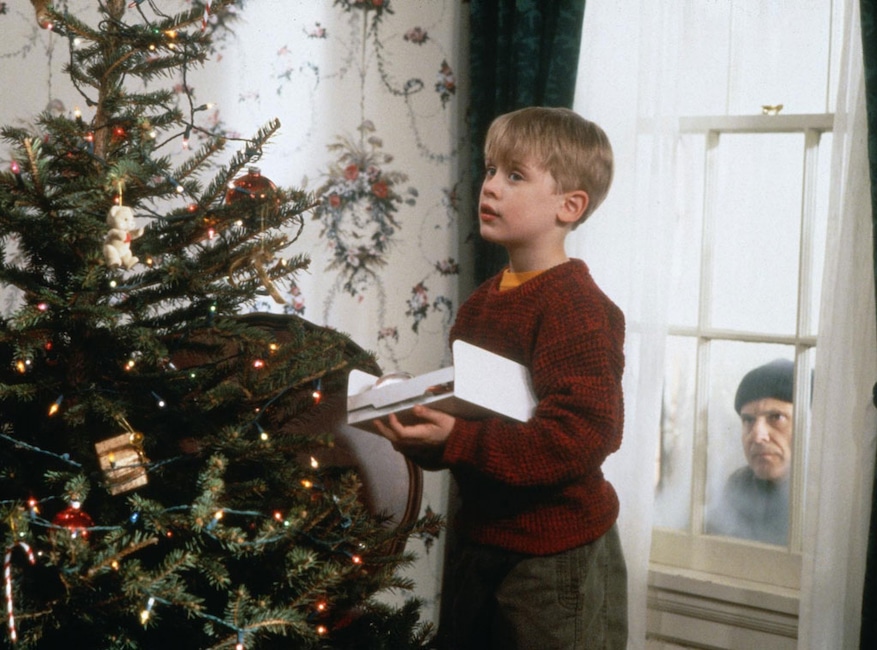 As a kid our house was always decked out and full of decorations, and Home Alone perfectly embodies that nostalgic feeling which we are major fans of. The old school ornaments, garland and lots of Christmas in every room is so reminiscent of growing up in a house that loved the holidays. 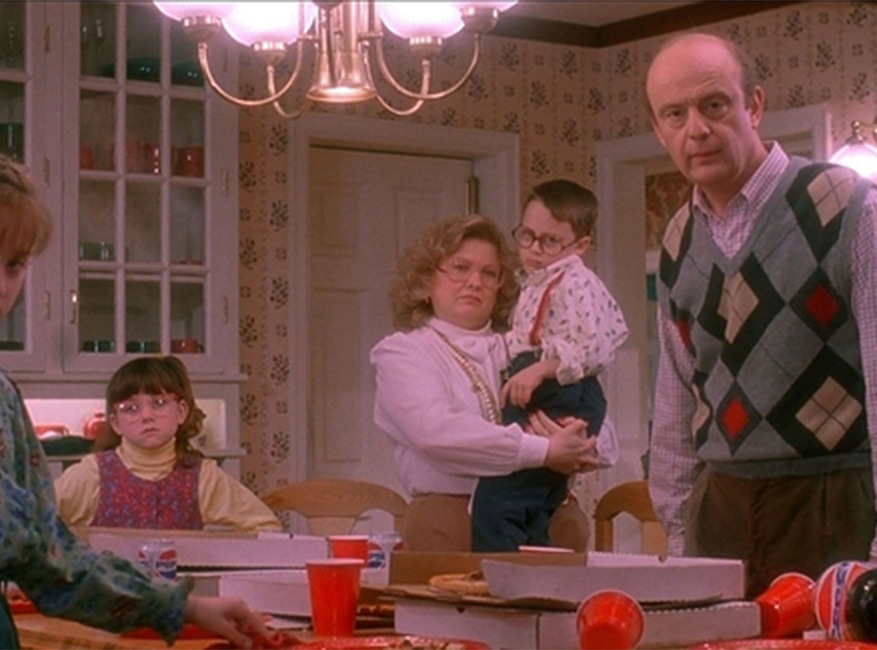 "Look what you did you little jerk!" The holidays can be rough with your family around all the time and people eating the cheese pizza and spilling milk at the table, but if it wasn't so hectic would you remember it so fondly? 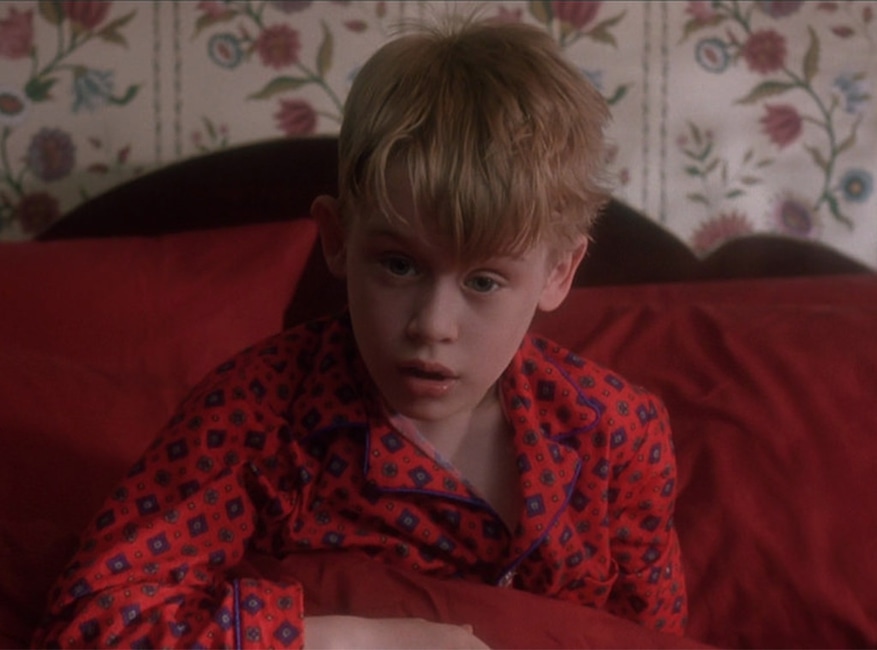 Hello, this screams Christmas 1990. Matching pajamas or festive pj sets were all the rage growing up and we have photos to prove it. 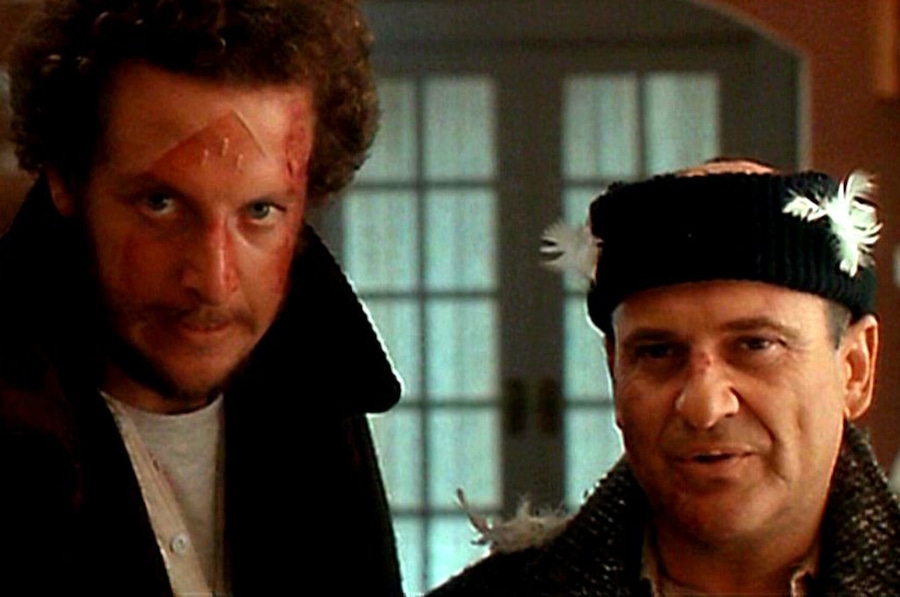 One of the greatest parts about this movie is the dynamic duo of Harry (Joe Pesci) and Marv (Daniel Stern). Sure, they were scary and might've made us have nightmares a few times in the past, but they were also hilarious and somehow lovable. John Hughes nailed it with these two and made us kind of wish this whole burglary thing happened to us...except not really, because it is super scary. 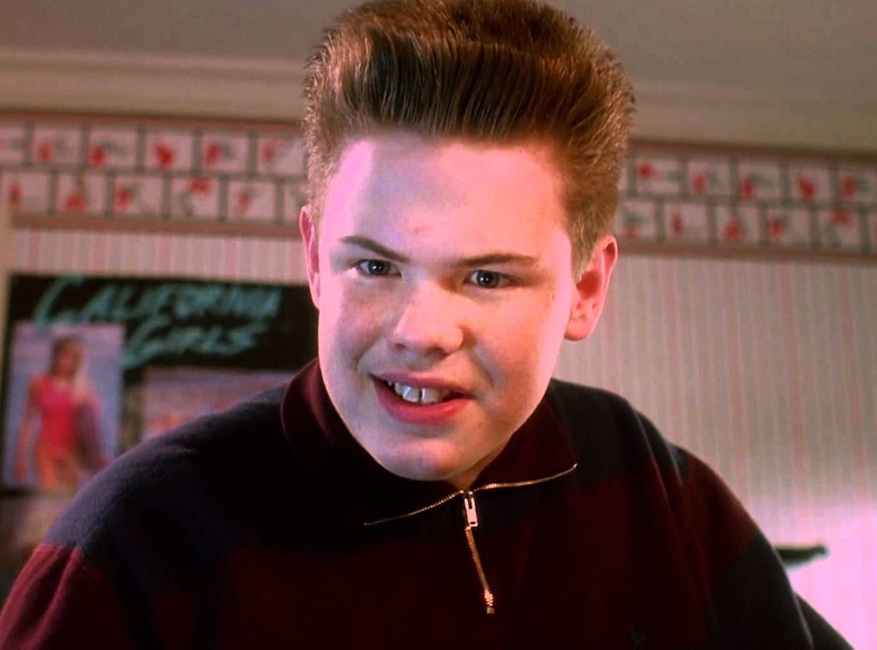 The dynamics between Buzz (Devin Ratray) and Kevin are so on point of what it's like to grow up with siblings. There are ups and downs of being a kid in a big family, but when all is said and done, Buzz and Kevin love each other, which is one of the reasons this movie is so great. Oh, and the fact that Buzz is such a butt-head reminds us of all those times we bickered with our siblings at Christmas...maybe over new toys or the last piece of cheese pizza, who knows! 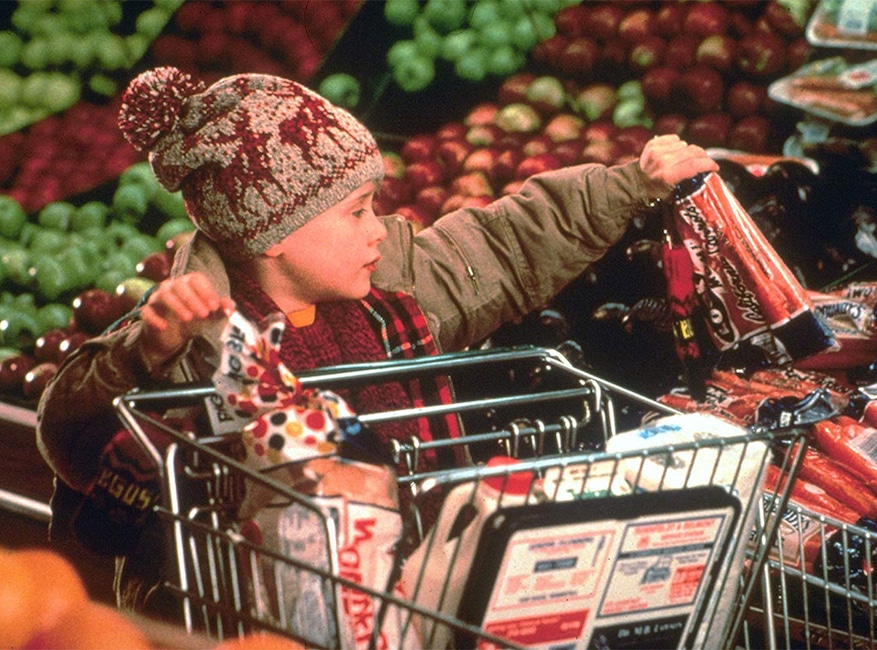 Wonder Bread? Come on, this is a total throwback. 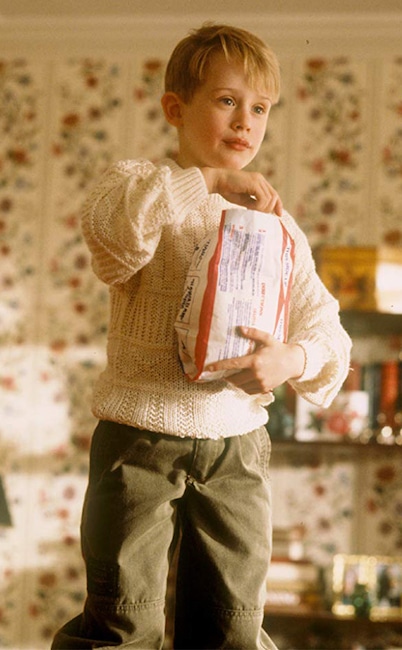 A junk food party would be the first thing we'd do when we were home alone as kids, so ya, this movie and all of Kevin's foodie obsessions are like watching our own home video. 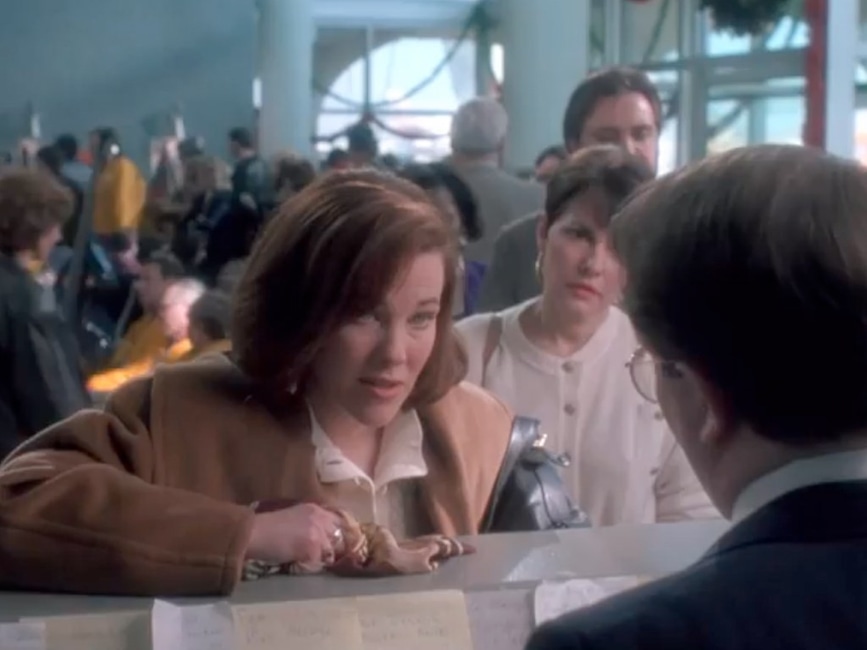 Airports at Christmas? No thank you! 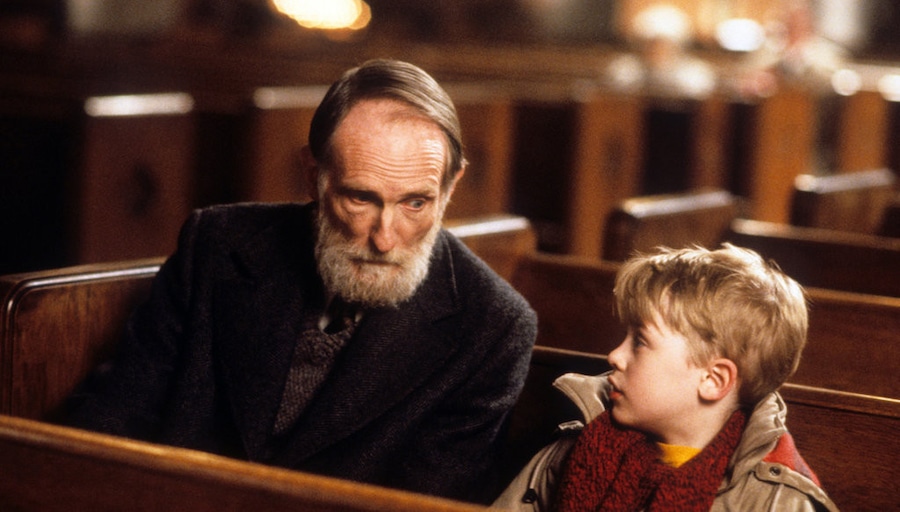 We all had that one neighbor who kept to themselves and caused the rumor mill to go wild. It was terrifying when we were young and hasn't gotten any better as adults. 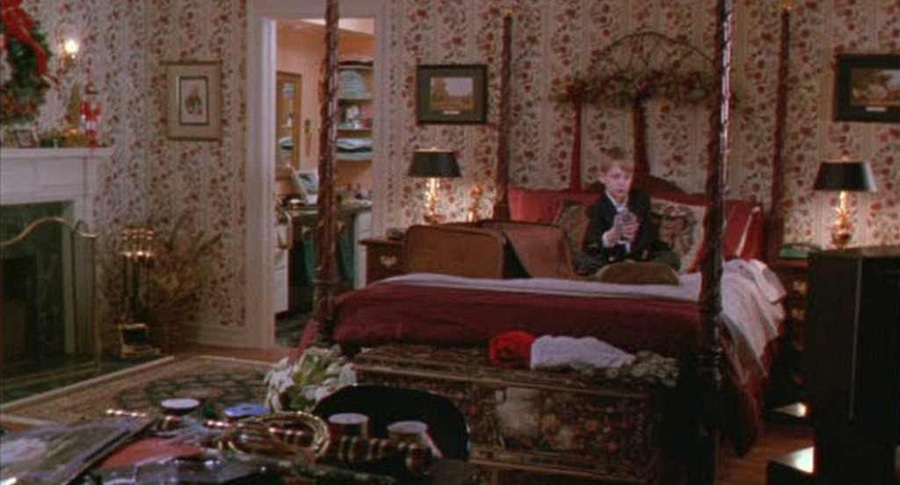 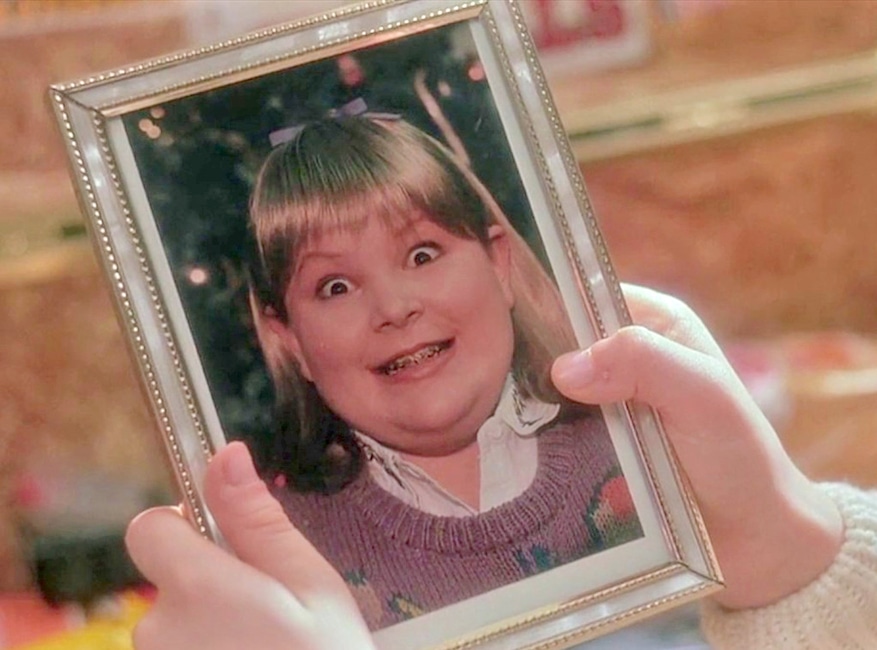 When you get older and go back and watch your favorite movies a lot of the jokes don't seem as funny, but in Home Alone it's the opposite. The movie has aged gracefully and the jokes and funny lines including, "Buzz your girlfriend, woof!" have become more funny along the way. Hence, why we will always watch this movie during the holidays. 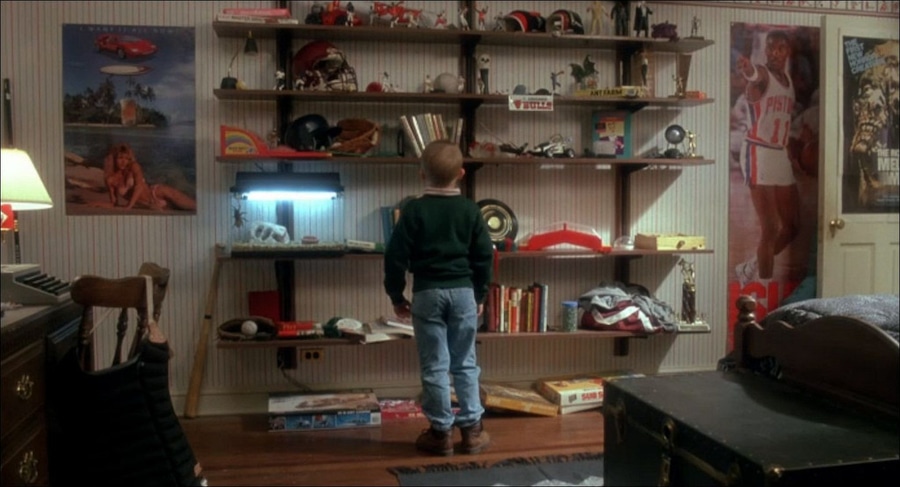 Buzz's room was every kid's dream scenario...just look at all those toys. The best part however was that Kevin used a decent amount of them as a part of his booby trap plan, which we'd like to think we would've been savvy enough to replicate if a robber attacked our house as kids. If you want to be transported back in time just look to Kevin's favorite toy...his voice recorder! This was so in when we were little and it takes us back each time we watch him record voices and play them back to his advantage. It's hilarious. 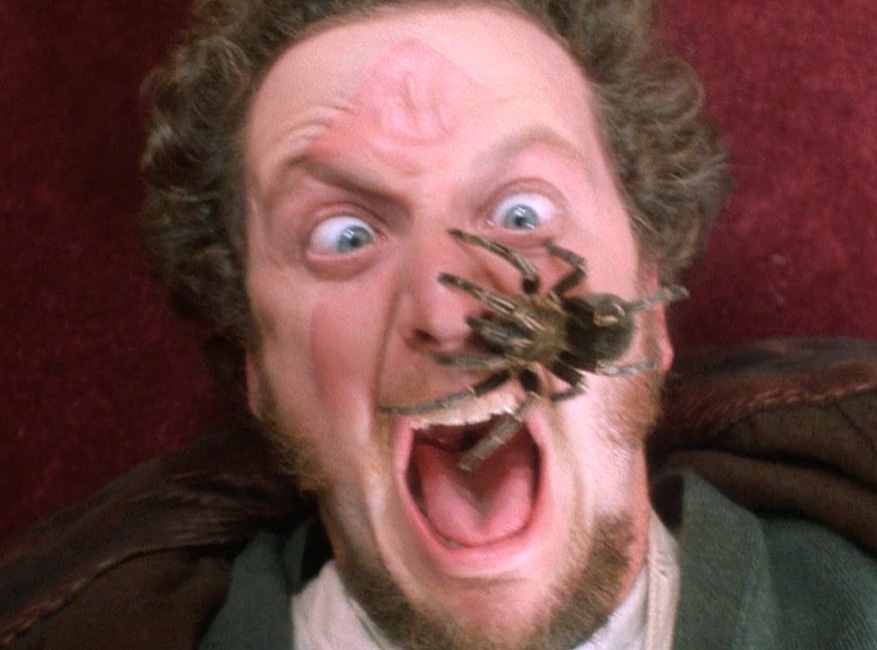 Didn't everyone know someone growing up who had either a snake or a spider as a pet? It was so gross and probably why we are no longer friends with said kid. 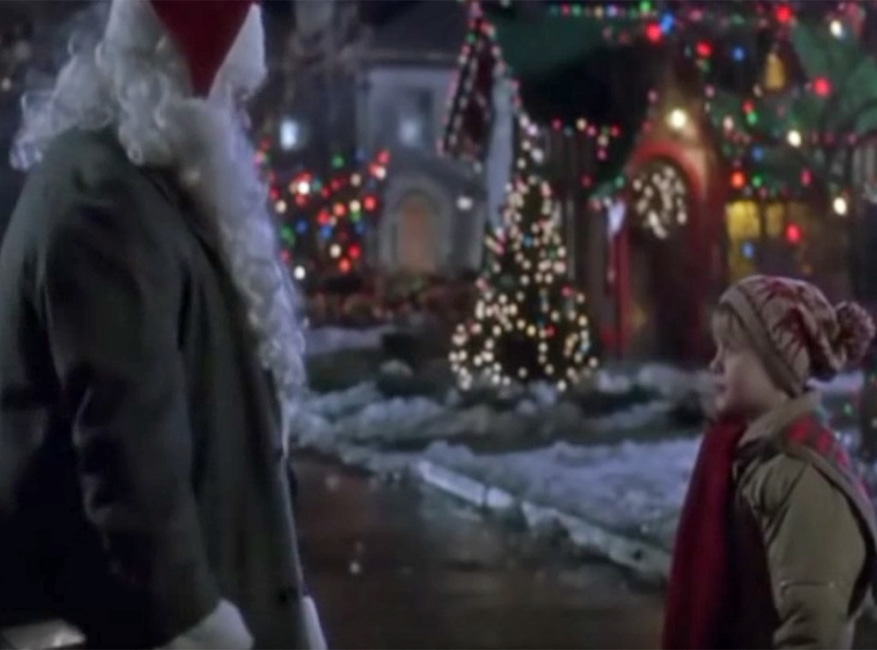 When Kevin goes to see Santa—not the real one, but one who can get him a message—he brings us back to our childhood instantly. Going to visit Santa Claus was such a big deal back in the day and even though Kevin only gets a few Tic Tacs, and not a candy cane, for his visit it is exactly like our childhood trips to see the big guy. 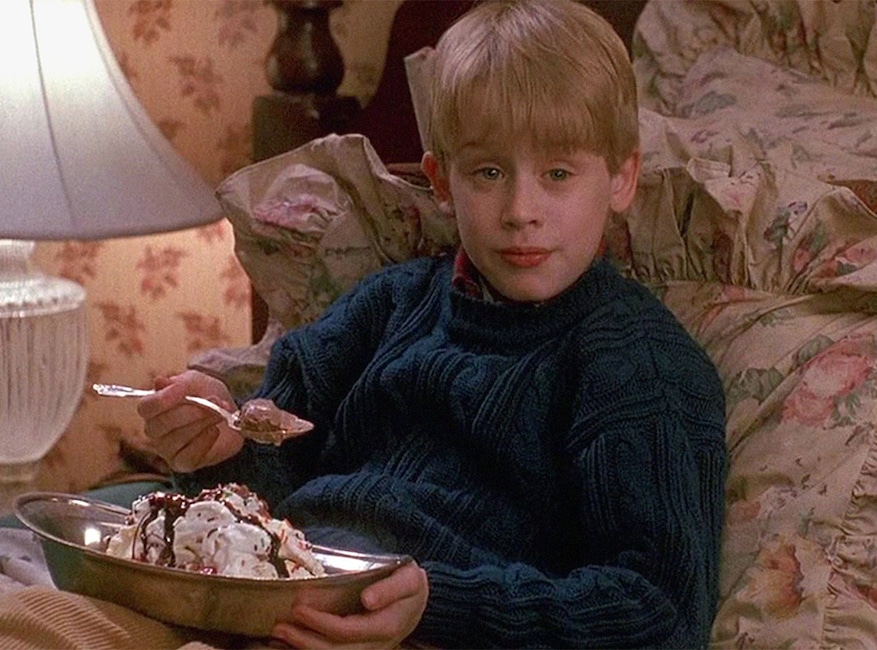 Our dreams as a little one were filled with eating ice cream for every meal and Kevin made that a reality in both Home Alone and Home Alone 2. Basically, Kevin was our idol and that's why as adults we do eat ice cream for dinner on occasion. 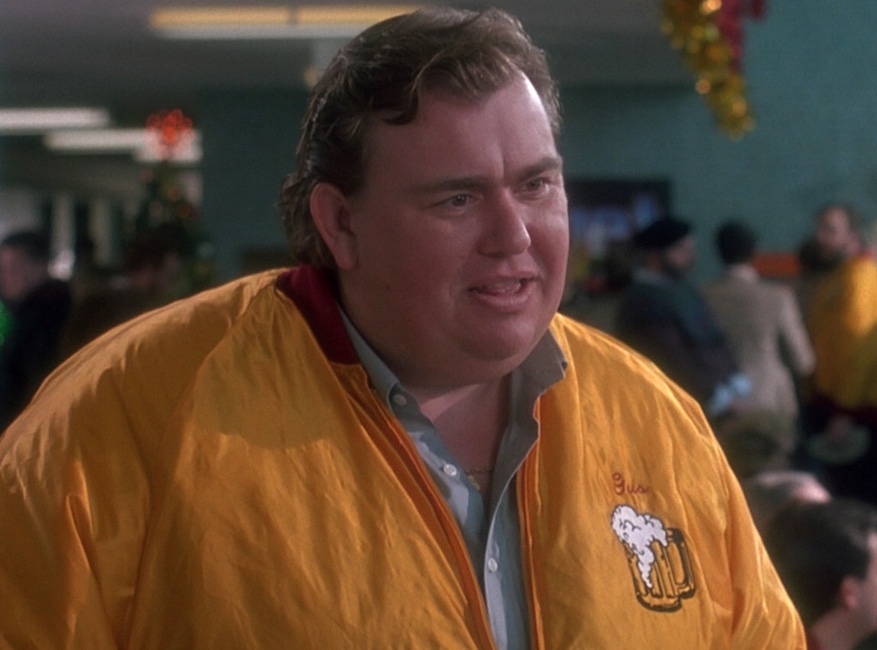 During the late '80s and early '90s John Candy was the comedian, so whenever we watch this film we can't help but think about yesteryear. 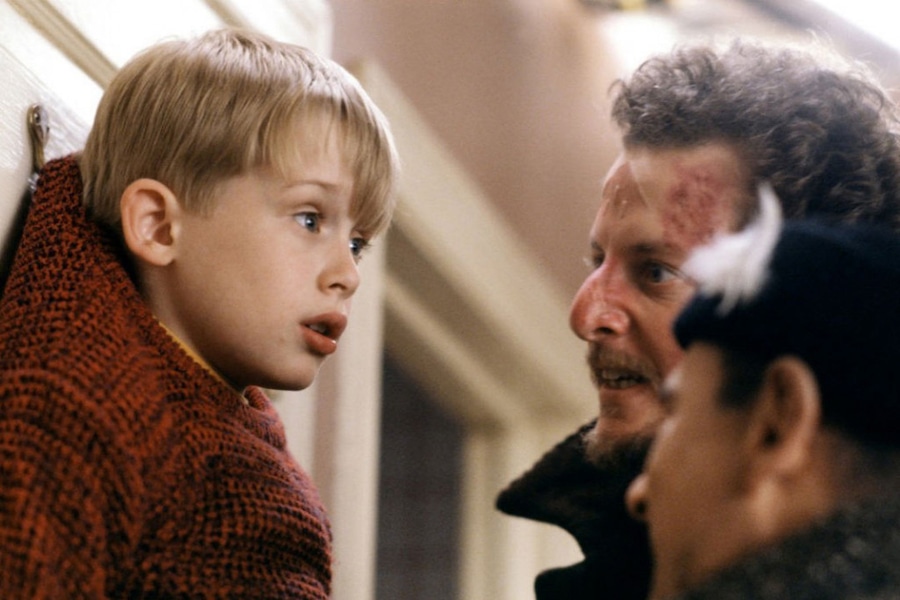 Our fear of adults was totally validated by this movie when Marv and Harry followed Kevin home from the market in that unmarked van. 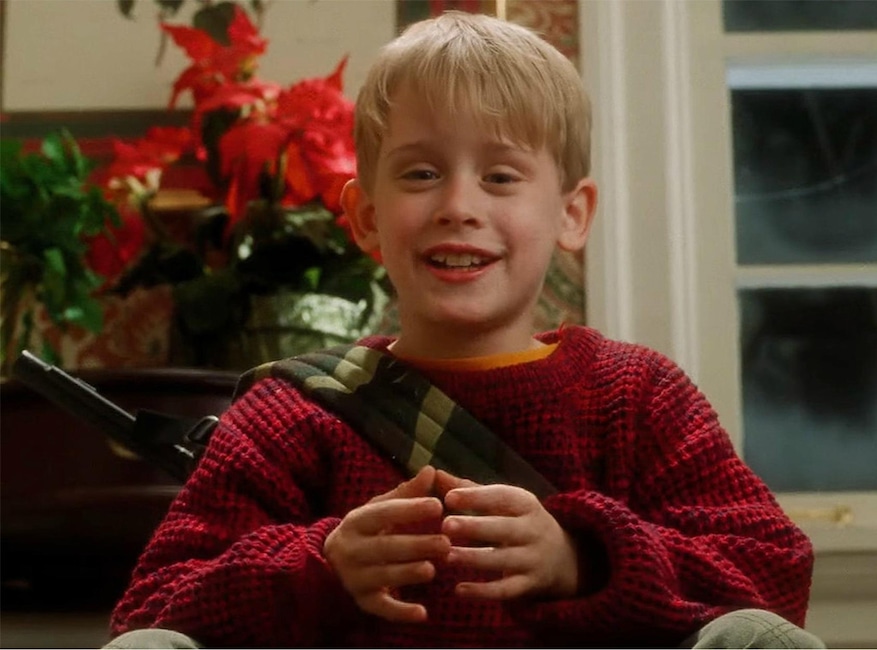 We might love this movie most because it made typical kid shenanigans seem cool and like a smart move. There was so much mischief and mayhem at the hands of Kevin that we could relate to even if we were perfect little angels (wink, wink).