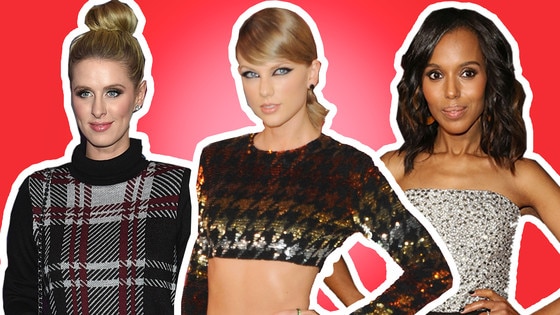 I hate to be a Grinch, but we need to talk about Kevin.

Every holiday season, it's practically tradition to sit around with your friends and family and put on a double feature of Home Alone and Home Alone 2 (and ignore the three additional films technically in the franchise).

In fact, it's such a tradition that Home Alone even beat out 31 other films in our tournament to be crowned the Best Holiday Movie Of All Time. What's not to like?

However, on my last re-watch over some hot chocolate, I found myself wondering if this seemingly charming Christmas tale is less about Kevin McCallister setting slapstick booby traps and more about watching the birth of a psychopath.

I decided it was the latter.

To help me come to this conclusion, I consulted the American Psychiatric Society's Diagnostic and Statistical Manual of Mental Disorders' antisocial personality disorder checklist (the organization doesn't recognize the term "psychopath").

Full disclosure, I am not medically recognized by any board.

However, I am a great armchair psychiatrist (just ask my exes!) and when you compare the checklist to Kevin's antics, it seems like the real danger on the block isn't "Old Man" Marley but is instead this blonde 8-year-old. 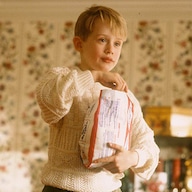 The DSM-5 criteria says that an individual must meet both impairments in self-functioning and interpersonal functioning, including ego-centrism and a lack of remorse after hurting others.

Kevin's pretty egocentric, being the only one who "causes trouble" out of fifteen people in the house and then is gleeful when he later believes he made his own family disappear.

He also goes on to deceive the shop owner that his dad is in the car when he's shopping. Up until this point, it kind of just seems like a kid being a kid.

That changes, however, when the Wet Bandits break in. Once Kevin realizes they are going to come to his house, he sets booby traps all over to create a house of horrors that seems a lot more complicated than just calling the police. Sure, they said the phone lines were down, but then how is Kevin ordering that pizza?

Instead, he decides to break Christmas ornaments, rigs a paint can to hit the bandits at such a speed it would kill them and, at each turn, maniacally laughs as the intruders break bones and get burns. 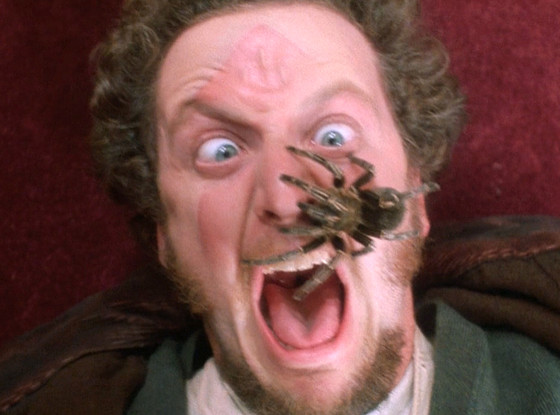 But fine, let's just say it was self-defense. It's not like Kevin went looking for trouble, it just happened to come to him.

Oh, wait, except that is exactly what he does in Home Alone 2! The second installment was truly Kevin's super-villain origin story, since in that one he decided to take the law into his own hands when he learns the Bandits are planning to rob a toy store.

Instead of, I don't know, calling the cops like a normal person, Kevin lures the duo into a building where he enacts what can only be described as war crimes against the two, such as dropping tools onto their heads and dousing a rope in kerosene to light on fire as they try to escape.

This is straight out entrapment. The DSM-5 says you can't diagnose anyone with antisocial personality disorder until they are 18, but I do think this should be the case where they make an exception.

Still unconvinced? Then explain why there is a growing conspiracy theory that Kevin grows up to be Jigsaw in the infamous Saw horror films. Even the franchise's director, James Wan, has stated that theory could be true.

All I'm saying is that Macaulay Culkin went on three years after the first Home Alone film to star in The Good Son as a boy who eventually tries to kill everyone around him, meaning another director saw him playing Kevin McCallister and realized he'd be perfect as a murderous child.

Do you agree? Sound off in our poll below.

And be wary this holiday season if you hear someone cry out, "Keep the change, ya filthy animals." It just may be a psycho on the loose.