Kylie Jenner stepped out for the first time since giving birth to her first child.

The beautiful Keeping Up With the Kardashians star was photographed out in Los Angeles on Saturday, getting out of a Range Rover and heading into a building with her BFF Jordyn Woods. It's been just over a week since Kylie welcomed her and boyfriend Travis Scott's baby girl, Stormi Webster, on February 1.

Kylie had been laying low during her pregnancy for the last nine months, so it's been a while since we've seen her out in public. While out on Saturday, Kylie wore black bicycle shorts, a Prada fanny pack and a white jacket paired with sneakers. 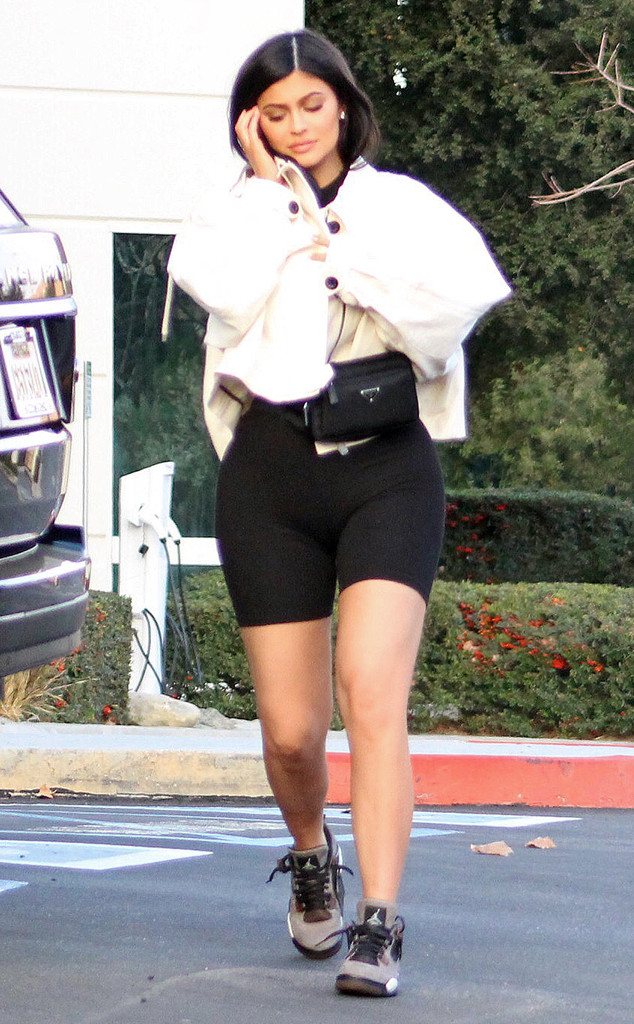 It seems that this might be the first time Kylie has left Stormi at home since giving birth, as a source tells us she is "very attached" to her baby girl.

"Kylie is tired but getting used to the crazy hours," the insider shares. "She is very attached to Stormi. She honestly just never wants to leave her out of her sight not because she can't trust anyone but because she just is so happy being with her baby."

The source adds that Kylie "likes to take the lead with her baby and Travis lets her."

"Travis has a lot of patience," the insider continues. "They are cute together. You can tell Travis is learning. He loves his baby girl so much and Kylie likes seeing the connection."

And the insider also shares that Kylie "hasn't started working out yet" after giving birth. "She is eating healthy and taking care of herself," the source shares. But, Kylie's "main focus" is Stormi.

Kylie Jenner's Daughter Stormi Does Not Have a Middle Name 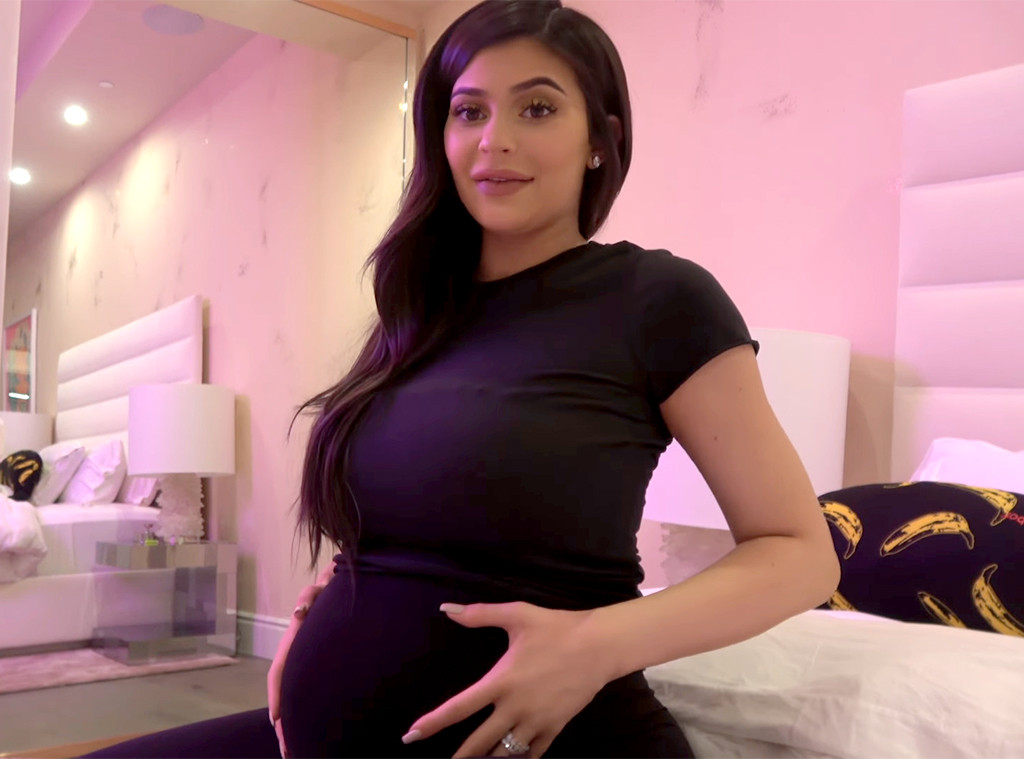 Shortly after Kylie welcomed Stormi, a source shared how the beauty mogul's first days of motherhood have been going.

"Kylie's first few days of motherhood have been the happiest of her life," a source told us. "She feels like being a mom is her true calling and there's nothing that's ever felt so right. Bringing the baby home has been the greatest joy and most sacred experience, she is elated and overjoyed. Kylie felt so ready to meet the baby and had been counting down the weeks for what felt like forever, she can't believe she's finally here and in her arms and this journey is beginning."

The insider also told us that Kylie was also "very relieved" to share the baby news with her fans.

"It's been a lot of work to keep something under wraps that she's been so excited about," the source said. "The fact that the news is out feels like a weight off her back."

On February 7, Hailey Bieber applauded her pal Kylie for handling her pregnancy in a "mature way."

"I'm super excited for her," the model told E! News' Zuri Hall at the amfAR Gala in New York City. "I think that she's so awesome for doing this the way that she's done it. I think it was a really mature way for her to have handled this whole thing being 20 and welcoming a child into the world is not an easy thing for anybody, so I mean she's going to be the best mom ever."