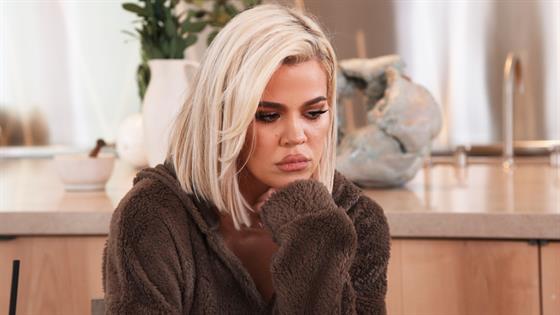 Jordyn Woods may or may not have apologized to Khloe Kardashian after the Tristan Thompson scandal. But she definitely didn't do it right away.

"Now she's like, 'It wasn't a big deal. It wasn't intimate. It wasn't sexual,'" the Good American co-founder told sisters Kim Kardashian and Kylie Jenner during part one of Keeping Up With the Kardashians' two-part season finale, which chronicled the immediate aftermath of Jordyn and Tristan's calamitous make-out at an L.A. house party back in February. Er, innocent good-bye kiss? Plus PDA…?

Kylie's ex-BFF changed her story a handful of times throughout Sunday's episode, so maybe don't take her word for it.

"That's not at all what she said on the phone to me, which is fine. Now she's downplaying it," Khloe continued. "I'm not saying things can't happen. I'm the most understanding, calm person ever. But Jordyn…never once has Jordyn said, 'I'm sorry.'"

The Revenge Body star had already talked to her more than once when she sat down with Kim and Kylie to debrief in person. But as far as the details of Jordyn and Tristan's "alleged" trip down infidelity lane? The 21-year-old still hadn't given her a straight answer.

First, she said Tristan was trying to kiss her—did he though? Jordyn couldn't remember. Even more bizarre is the fact that she also managed to integrate these next comments into that conversation, according to Khloe:

"Jordyn called me and said, 'I was your watchdog last night,'" True Thompson's mom relayed one day earlier, as she, Kim, Kylie and Kourtney Kardashian tried to pick apart the burgeoning cheating chatter before it made headlines. "And was there to protect me and keep an eye out. That's why she stayed [at the party] as late as she did."

Needless to say, Jordyn didn't cling to the watchdog alibi for very long. Minutes later, Khloe followed up with new news from the Kar-Jenners' former family friend, who called her back to say she and Tristan "did make out" after all, she "just can't believe this is happening" and is generally feeling "so confused." 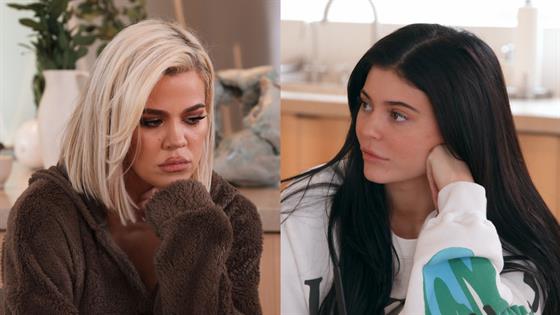 Khloe didn't want to speak to Tristan anyway (Scott Disick might've said it best this week: "he dug the grave, he can lay in it"), though she did make sure True's dad owned up to everything before sticking him with a rightful dose of the silent treatment. Whether Jordyn assumed the co-parents weren't ever going to have this conversation or just hoped she could get ahead of it while Tristan was MIA flying back from All-Star Weekend is still kind of unclear.

"Once Tristan finally landed in Cleveland, he saw my millions of text messages of me…you know. He already knew what was up and there was nothing else he could do but confirm it," Khloe told the KUWTK camera.

And, rest assured, she got her questions answered too. Tristan admitted that "Jordyn still stayed" after everyone left the party and "was sitting on his lap in a chair." He also came clean about the make out and inappropriate body language before groveling moderately via text.

"I was just hoping for a better outcome for my daughter and for myself," an admirably cool-calm-and-collected Khloe said in conclusion. Tristan, did you feel that burn in Ohio?

No sweat either way, since his now-ex shared a more direct message to the Cavaliers player—and to Jordyn—in another confessional interview later on.

"You both collectively ruined the relationship with me, with [True], with Kylie, with everyone," she said. "Yes, people make mistakes. People f--k up. But why would you want to do this to yourself? I'll never understand that."

OK, so Khloe actually said it best this week.

See how it all went down in the full recap video above!