Caitlyn Jenner Reveals She Wants to Date Men, Defends Her Conservative Views and More: Recap the Season Premiere of I Am Cait

It's time to pack the bags and hit the road!

Caitlyn Jenner and her squad of remarkable friends take off on a cross-country road trip in the anticipated season two premiere of I Am Cait for an exciting, entertaining and eye-opening adventure.

While the first episode welcomes new faces and new experiences, Cait is also faced with brand-new challenges that she must deal with head on—two of them being figuring out her sexual orientation and defending her conservative political views.

Catch up on the newest episode of I Am Cait with these seven must-see moments!

WATCH: Kylie Jenner talks about her relationship with Caitlyn Jenner

The stunning 18-year-old, who is the daughter of one of Cait's old friends, began transitioning when she was 16. "Junior year, school ended and I just kind of explored myself that summer," Ella explains. "Then senior year came and I came back myself as Ella."

2. Daughters' Love: As Caitlyn is reuniting with all her friends before their road trip, Kendall Jenner and Kylie Jenner drop by the house for a visit and meet the whole crew for the first time. Chandi takes the opportunity to commend the sisters for their understanding and support throughout their dad's transition.

"I know this has not been the easiest thing for you guys to wrap your heads around, but you guys are being real troopers, real troopers about it," she tells them. "We appreciate all the love you give to Cait and to our full community because we need it. We totally need it." 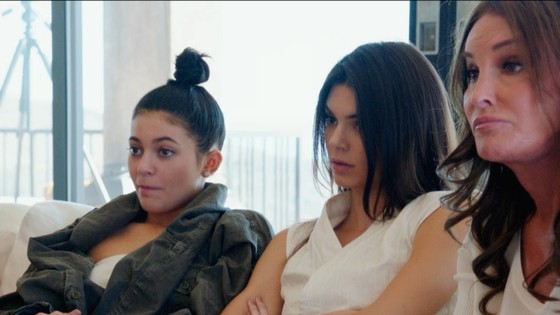 3. Keeps Gettin' Better: Kylie opens up to Chandi and Jenny and tells them she's closer to her dad now than ever before. "I feel like a year before her transition I feel like there was just a lot on her mind and we didn't really connect," she says. "I feel like my whole life it just wasn't genuine. Now, I feel like we connect a lot more and we spend a lot more time together. I actually almost like it more."

4. Road Trip: The ladies pack up their suitcases—lots and lots of suitcases—and hit the highway for their cross-country road trip. First stop? The Grand Canyon!

Although the trip is supposed to be fun, Chandi is already prepared for the fireworks to fly when they're all stuck together in a bus with no escape. "The bus is totally amazing and being in that type of confinement there's never going to be any place for Caitlyn to run on this trip," she says. "Being around so many girls for that length of time is going to make her or break her."

5. Exit Denied: When the girls stop for lunch on their trip, poor Chandi accidentally gets left behind and subsequently locked on the bus. As the rest of group digs into their meals, she is stuck inside yelling and banging on the windows to be freed. Luckily, someone eventually comes to her rescue. Whew! 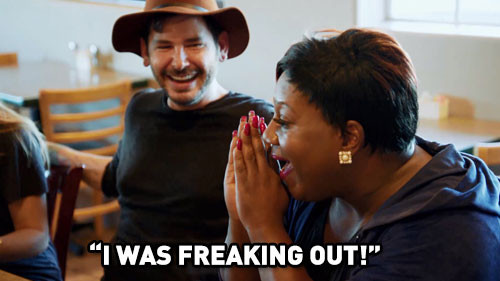 6. Girl Talk: As the wine and beer starts to flow on their road trip, the conversation quickly turns to the topic of dating and relationships. Chandi puts Cait in the hot seat by asking if she plans to date a woman in the future. Caitlyn confesses she can't imagine herself being in a lesbian relationship at all. "To be honest with you, I can't see myself dating women in the future," she says. "I've been there done that. I've got three very strong ex-wives. I just don't see it."

Instead, Cait admits she would be open to a romance with a man and the idea of being taken care of. "If I was in a relationship with a guy, I would enjoy being treated like that—opening doors for you, doing all what you think is the traditional stuff in a guy and a girl relationship," she says. "They have to be a very special guy to be able to do that."

7. Political Debate: Caitlyn and Jenny get into a heated discussion over LGBT rights and politics after an ordinance in Houston is repealed, effectively banning transgender women from using ladies' public restrooms. Jenny asks Cait how she feels about the situation since conservatives were the ones influential in the reversal, but Cait refuses to place the blame on her political party—or listen to the opposing side.

"Republicans and the conservatives are not these horrible people out there trying to oppress people," she argues. "I don't feel like they're out to get us. Every conservative guy out there believes in everybody's rights."

All of the ladies look uncomfortable and bewildered after hearing Cait's stance on the issue. "It is frustrating to me that Cait doesn't see the obvious," Candis says. "I don't know how to show her without demeaning her or making her feel less than because her party that she represents doesn't believe in who we are as trans people."

Caitlyn continues by asserting that transgender rights are just not a "big issue" to Republicans because they're more concerned with the economy. "They're just worried about much bigger issues than the trans' issues," she explains. "We're $18.5 trillion in debt. I think what they don't realize is this country could collapse over this at some point and if our country collapses it doesn't make any difference if you're gay, trans, whatever."

Jenny is bothered by Cait's unwillingness to at least be open to their points of view. "The stakes are very high," she says. "If she doesn't listen to the rest of the community, I think she's going to find herself isolated and irrelevant." 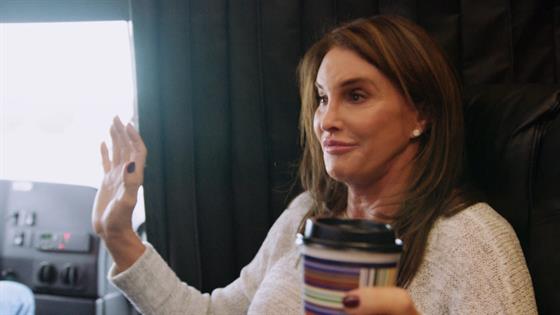 TAGS/ Shows , I Am Cait , E! Shows , Caitlyn Jenner , Recaps , Top Stories
GET POP CULTURED!
*Email entered incorrectly. Please try again.
By subscribing to our newsletter you agree to the Privacy Policy and Terms of Use
Daily
Weekly