Ariana Madix is getting real about some of her biggest struggles—including skin cancer.

The Vanderpump Rules star was diagnosed with stage 1 melanoma in 2018 and later underwent surgery, which she said put her boyfriend Tom Sandoval into "strong caretaker mode." Now, she wants her story to encourage others to be proactive about their own health.

"I think what is so important about what happened to me is that it was the early detection and noticing that there was something weird, and then being persistent at the doctor to get answers, that got me to a point where I'm in a good place," Madix told Daily Pop hosts Justin Sylvester and Carissa Culiner on Thursday. "So I don't want anyone else to have to go through something worse than what I did. Early detection is so key."

Ariana was able to get the cancerous mole removed before it caused additional damage, but she actually couldn't seek treatment when she initially wanted to. Why? As a bartender at Lisa Vanderpump's famed restaurant SUR, she didn't have health insurance.

"Until I got to a point where I was financially stable, I was not able to afford health insurance for myself. You know, I would go to urgent care for something," Ariana explained. "So seeing a dermatologist, for so long, was just outside of the realm of what I was able to do. And so when I got to that point finally, I [said], 'I have to ask a dermatologist.' And so I'm really glad I did."

For those who may be in a similar situation and hesitant to seek care, Ariana recommends looking into the Skin Cancer Foundation.

"It has mobile testing, and it can be a huge resource of information and help people be able to get to that point of detecting," Ariana said, adding that she herself learned a lot from the foundation. "Something that I definitely did not know is that [skin cancer] is the most common cancer that you can get. And that anybody can get it. It's not just, you know, people who are in the sun. It's not just people with fair skin. It's anybody." 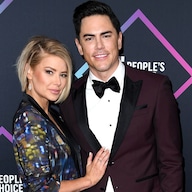 In her Daily Pop interview, Ariana also discussed why she's so candid about her mental health battles on both Vanderpump Rules and social media.

"I think that for so long I would kind of hold that in because I didn't want to be made fun of or talked down to about it," she explained. "And now that I have been open about it, I just feel like it's so much better. It's like that hurdle of getting over talking about something—it's, like, hard to do at first, but then it's the best thing afterwards."

Talking about her feelings has brought her closer to her friends and boyfriend, along with people she doesn't even know.

"People who are fans or on social media, who, now I feel like we have this relationship where they'll come to me and say, 'This is what I'm going through.' And honestly, it's so helpful for me to hear them from them," Ariana said. "And they're saying it's helpful for them to hear from me, and I'm like, okay, so we're both getting something good out of this relationship. 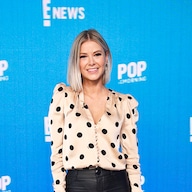 Social media can quickly turn into a double-edged sword, though. Justin asked Ariana something that many keyboard warriors have before—Vanderpump Rules is full of drama; why don't you quit for the sake of your mental health?

"Look, I think the easiest thing to do always is to quit. And I'm not a quitter," Ariana replied. "I think the hardest thing to do sometimes is to go in that game and change the game instead of just playing by the rules. So that's what I'm doing. I'm not going anywhere."

Catch more of Ariana on Vanderpump Rules, which airs Tuesdays on Bravo.